Six of the most common camera phone mistakes

Following on from comments in this week's Insight podcast, I thought it might be useful to work through some of the most common 'mistakes' beginners make when snapping away with a camera phone. These apply specifically here to Nokia's devices, which tend to have cameras of reasonable (and sometimes excellent) quality, but also more generically to those from other manufacturers to greater or lesser degrees. If you're a beginner with camera phones then read on to see what you can do to improve your casual snaps.

Before going any further, I should mention that I've put 'mistakes' in quotes here (and above) because it's not as if the manufacturer (in this, Nokia) has given guidelines and rules that you may have been ignoring or flouting. When it comes to camera phone photography, you're usually left on your own once you've mastered how to get around the interface and apply any effects. Which is a shame, since a little thought, awareness and preparation can make far more difference than messing around with the settings.

This is the biggie. It's why indoor and evening shots come out with lots of digital noise (speckles, random dots). And usually blurry. You see, digital cameras crave photons of light. The more, the better - and their sensors need an awful lot of them to define a nice crisp image. The human eye is superb at auto-adjusting as light levels drop and you may not think that your study or living room or office is much dimmer (if at all) than outdoors. Yet, even on an overcast day, outdoor light levels can be ten times those indoors. The camera - and light meter - never lie.

"But my smartphone has dual LED flash!" you protest. Big deal. Even a dual LED flash doesn't provide enough light for a noise-free image for any subjects more than about a metre away. In addition, the electronic shutter is held 'open' for a relatively long time when light levels are low, so anything that moves - usually your subjects (friends, pets, etc.), but also you and your phone itself, will cause motion blur. You've seen this effect a thousand times when you tried snapping a photo at a party or down the pub and some things were crisp-ish but many others were horribly blurred: 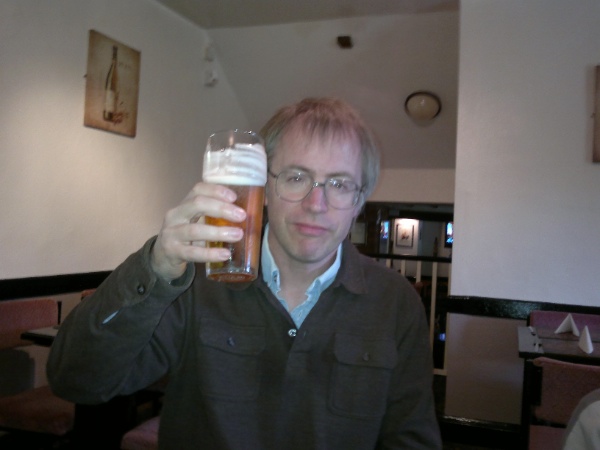 One solution is, for the umpteenth time (on AAS) to use a phone with Xenon flash - ten or more times brighter overall and genuinely able to light up a typical scene: 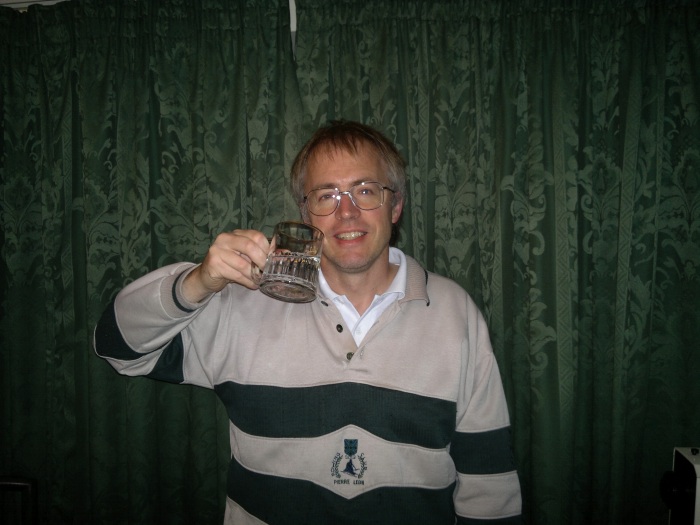 Typical down the pub shot, done properly, lit by Xenon (click through for the full detail. This on the N8)

But, obviously, if you chose your smartphone based on other factors, then you won't have this option. In which case you're basically stuffed. There is, quite literally, no way to get really decent camera phone snaps indoors.

Making the best of a bad job, you can position yourself with any light sources or windows behind you (and thus on the faces of those you're photographing) and you can try to get them close up (less than two metres, preferably closer to one), so that your LED flash has a chance of providing enough illumination.

Finally, you can reduce your expectations (see also mistake 6, below). Which, in all probability, has already happened, after your last tries at shooting photos on a Xenon-less camera phone and you ended up being very disappointed at the results. Consider an old Nokia N82 or a newer N8 or Satio as your 'evening/pub smartphone' so that the brilliance of Xenon is always to hand?

Yes, yes, another section on light. But then it's the single most important factor in photography. Almost as important as quantity of light is its direction. At least its direction relative to where your camera phone is pointing. The classic example is shooting with the sun in the arc of the sky in front of you, or with your subjects standing in front of a window, in which case you're liable to end up with silhouettes, or at the very least faces which are far too dark.

I know it's corny advice and I know it's a rule that can be broken when you want a special effect, but always keep the principal light source (the sun, or at least the brightest part of the sky - [hint: the south, through the middle of the day in the Northern Hemisphere] - or the main window in a room) behind you, as mentioned above. When out walking with friends or family, or when at the park, it's automatic now for me to position myself on the 'sun-side' of the group, so that I can snap away quickly and know that my shots will be well-lit. In an office or room in the house, I position myself - again, almost subconsciously - by the windows, so that what I see (and thus what the camera will see) is as well lit as possible. 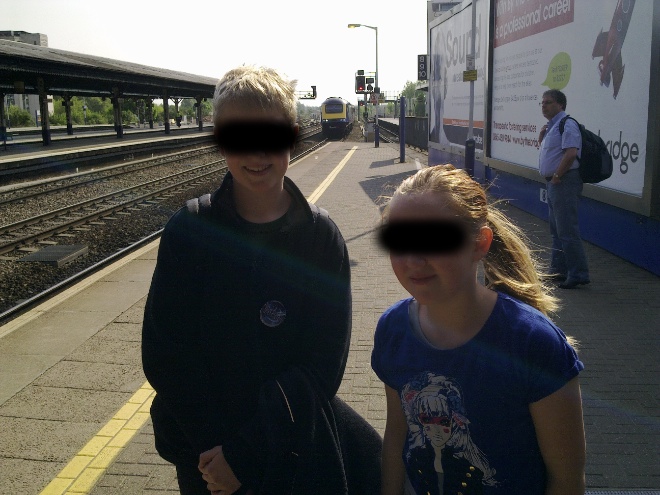 Shooting with the sun in front of me resulted in poorly lit faces. Plus there's flare across the shot. A fail all round.

There's an extra factor, with today's camera-toting smartphones without camera glass covers, in that any dust or finger grease on the glass plays havoc with any direct light sources, whether it's the sun or stage lights or even a bright lamp. The result is unsightly 'flare' on your photos, streaks of smeared light, and the cure is to again know where the strongest light sources are and try to avoid them shining on the camera glass of your device directly. If the light is off to one side and you've no option but to take the shot from your current position, then use one of your hands to shield the camera glass.

Although low light conditions can accentuate photo blurring problems, it would be better to minimise any kind of motion blur in the first place. When taking a photo with a camera phone, there's the fact that you're not standing stock still and that the phone is supported by some wobbly human arms. Then there's the pressure on the shutter key, especially on auto-focus cameras, where that last thrust down to take the photo is enough to nudge the relatively light phone down at exactly the most crucial moment. It's easily done and is a classic amateur mistake. (And also one reason why Nokia trumpet their one-touch EDoF cameras.) 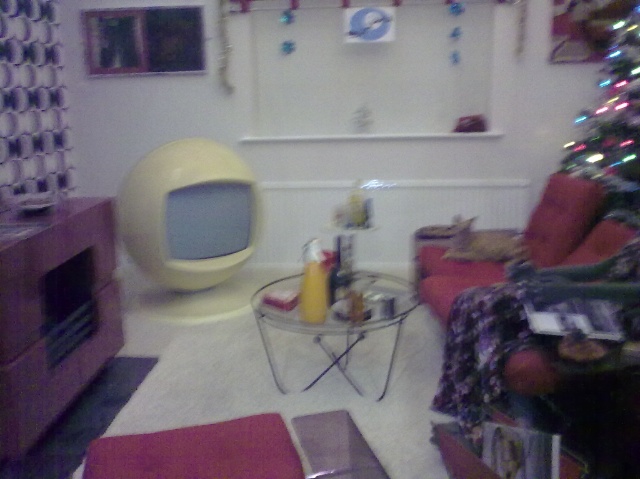 Typical motion blur, in indoor conditions, caused by pressing down too jerkily on the shutter button - it's easily done. You gotta' squeeze...

Stopping yourself wobbling around while taking a photo isn't always trivial - especially if you're in the middle of a field or on the beach. Stand with your legs apart, braced against any breeze, and hold the camera phone in two hands, thumb and index or middle fingers on each side. If there's a wall or lamppost nearby, use that, pressing your body to it or, even better, resting the body of the camera phone on it or on one side of it.

Making sure your last auto-focus shutter press doesn't nudge the phone unduly is a matter of practise. With your (opposing) thumb on the bottom of the phone, there's every chance you can 'squeeze' the shutter down rather than jerking it in what you hope is a positive 'take it quick' action but actually ends up blurring the very shot you were trying to capture crisply.

Finally, having taken the shot, keep the camera phone still for a fraction of a second after pressing the shutter button, rather than pressing and then immediately lowering the device. This will not only help you practise being a solid camera 'platform', it will also allow time for photos taken in less than perfect light, where the shutter time is long enough that light is still being gathered for a fraction of a second after you press the button.

Mistake 4: Make SURE you have focus

Obviously this bit doesn't apply to the current range of EDoF-equipped phones (with 'full focus'), but a huge number of auto-focus photos are ruined because the person taking the shot either didn't know about auto-focus (duh!) or was too impatient to wait for the 'beep' and the green reticle and took the shot too soon.

Especially when shooting tricky subjects: close-up shots, shots in poor light, shots when the subject is moving, make 100% sure you've got a focus lock before pressing the shutter button all the way down. Failing to do so will result in focus at infinity and almost everything close in the photo being blurred to some degree. 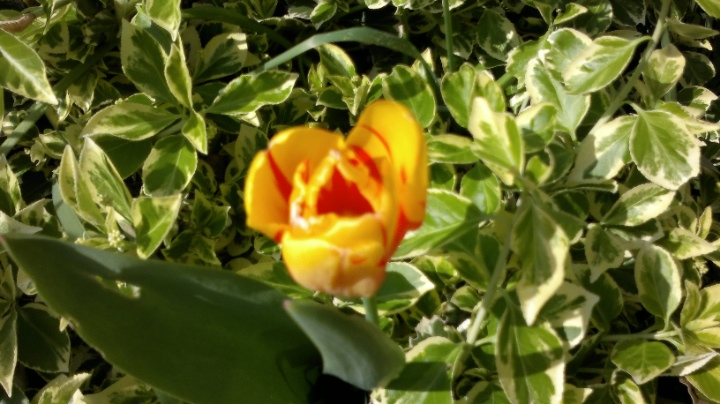 It's all the fault of manufacturers, really. Digital zoom should - seriously - be disabled when taking still photos. What happens when you press the zoom in (volume up, usually, on a phone) button is that the amount of the (already small) sensor used by the camera is reduced. Drastically. The resulting image is then being 'upsampled' back to the resolution you want to shoot at. The results are, not surprisingly, appallingly blocky. 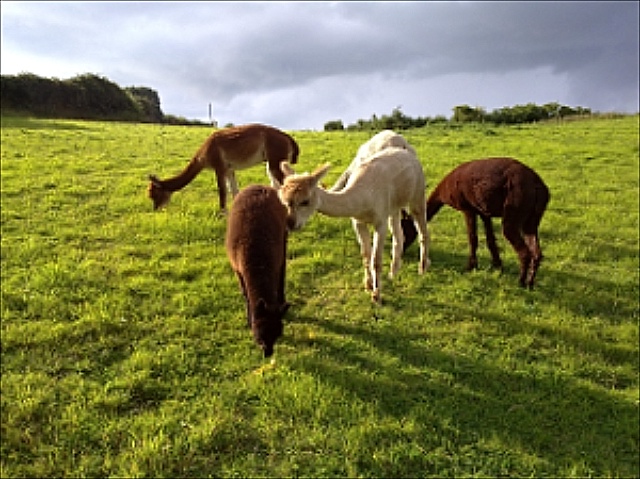 Far, far better is to train yourself not to use digital zoom at all. If you're shooting a scene and only really want the central part of it, move closer to the subject so that it fills the natural frame. And, if this isn't practical, for whatever reason, take the photo anyway at normal 1:1 zoom and then make a note to crop it later on the phone or on your desktop. Trust me, the quality will be better than if you let the phone try to digitally zoom in real time.

Mistake 6: Expecting too much

Perhaps a controversial point to make, but at the end of the day you're shooting photos on a phone with a tiny CMOS sensor and tiny lens. And, on many models, fairly cheap plastic optics. While this is fine if conditions are optimal - and especially if you've followed the advice in the previous four sections, photo quality will go downwards pretty fast as soon as the light levels drop.

Even then, you can still use camera phone images for putting up on a blog post or on Facebook, and they'll look sharp enough. But don't expect to do the things the pros do* - printing out at A4 or larger sizes, cropping right in and enlarging a face, that sort of thing. You'll come right up against artefacts, digital noise and the limitations of the camera unit in your phone.

* unless (in the Symbian world) you have a Nokia N8 or Sony Ericsson Satio - or maybe an N86 - in which case you may well have the resolution and raw quality to crop and enlarge as needed!

In other words, accept that the photos you snap on your phone will be fine when reduced to display resolution, for normal online use, but that you shouldn't attempt to manipulate them and expect decent results. That's what standalone cameras are for, with optics that are ten times the size, gathering ten times the light.

With the majority of camera-toting smartphones, your expectations away, from well-lit outdoors shots,, should be for mediocre images - with the occasional one that turns out really well bringing a smile to your face.

There - I said I was going to be controversial!

Just some brief tips to seed into your mind:

* For best effect, bear in mind the slight shutter delay and try to 'pan' the phone round to follow the subject – that way, you'll get a great action effect (e.g. in fig 8) and you also ensure you don't miss the subject completely! 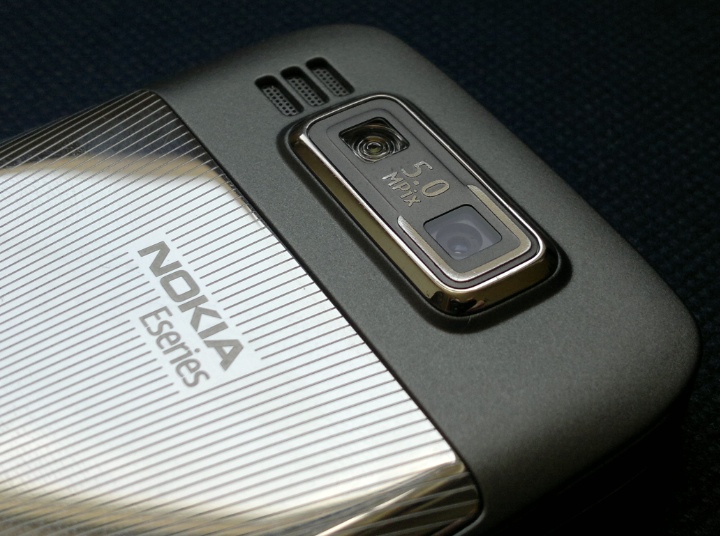