How to: Take better videos on your smartphone

By popular request, here are my tips on shooting better videos on your smartphone. If you've been to an event, whipped out your phone and been disappointed later by blurry, jerky, muffled, badly lit footage, then these tips are for you! From light to movement to mundane practicalities, it's all covered below.

Shooting every Phones Show on a phone, I've a fair amount of experience in shooting video on phone cameras. I've come a long way in the last five years of doing the show, as has the technology itself. Here's how to get the most from it.

As with my plethora of features on taking photos on smartphones, the number one consideration when capturing a video is light. In fact, it's even more important - consider that at 25 frames per second, the camera unit has only got 1/25th of a second to gather light for each frame. This is ample when the sun's shining, but 1/25th of a second to gather evening or indoor light through the relatively tiny lens and onto the tiny sensor in your smartphone is always going to be a struggle. (Which is why some smartphones are better at shooting low light video than others - they're the ones with the 'professional' glass optics, larger lenses and larger sensors - think Nokia N86, think Nokia N8.)

In general though, aim to shoot in as good a light as possible. It may be as simple as asking your subject to stand closer to a window or bright artificial light source. It may be that you can try to shoot a scene before the sun gets too low in the sky. Or maybe you can wait until that cloud blows over. You won't usually have the luxury of choice, of course, the smartphone video camera is the ultimate spur-of-the-moment capture device, but at least you'll now be able to forewarn yourself as to which situations are likely to turn out well and which will turn out noisy, grainy, streaky video. 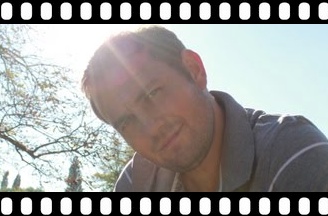 You should also be aware of where the light is. So many amateur videos get ruined by having the light behind the subject, in which case they become a talking silhouette, like one of those spy interviews! Keep the light roughly behind YOU if at all possible. Yes, that's cliched advice, but it's cliched because it works. (There's also the added danger of bright light sources causing flare in the lens - this always looks ugly, even in video.)

There's also the matter of focus - there are several different systems here. Many cheaper designs (from the Symbian world, think Nokia N97, 5800) just focus on the horizon when shooting video, meaning that all close-up subjects are unsatisfactorily blurry. In this case, try to stay at least a couple of metres away from those you're shooting, so that the so-called 'depth of field' is at least within striking distance. Again, better light gives you better depth of focus, by the way.

Better designs have a pre-set focus of a couple of metres, as on the Nokia N95, N82, N86 and N8, with a depth of field from a metre away right to the horizon - with these you can shoot just about anything and 'get away with it'. With these, only 'macro' subjects are off limits and I'd take the N86 and N8 for ad-hoc 'no fuss' video capture over almost anything else on the smartphone market.

Another often used system is EDoF (Extended Depth of Field), mainly created by Nokia to provide a simpler way of getting good stills, but a technology which also works in video mode - and surprisingly well. In fact, in really good light (e.g. a sunny day) an EDoF-equipped smartphone (such as most of the Nokia Symbian^3 phones) will produce better, crisper video than any other phone-mounted video system. However, the EDoF camera units are also quite small (partly why Nokia started using them) and this means a small lens and a small sensor - so it's not surprising that as light levels fall (cloudy days, indoors, evenings), EDoF-produced videos tend to show lots of digital noise and can be unpleasant. 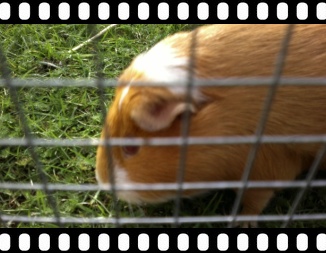 EDoF is also limited in terms of distance from your subject. The EDoF algorithms only work from about 60cm upwards, so again there's no chance of filming anything really close-up. Just be aware of this.

Finally, with the new Beta Camera application for the N8 we have a special 'close-up' mode with continuous auto-focus. In this case, you'll have no focus problems as such, providing you keep your subject nice and stable in the viewfinder. Just point and shoot. Do note though that there are significant compromises with continuous a-f. Firstly, you get 'hunting' as the subject changes slightly (i.e. moves) and there's the unpleasant visual effect of everything going blurry and then back in focus at regular intervals. Secondly, with a closer focus point (say, you're shooting a pet at 50cm), there's less depth of field and so you'll get much of the background going out of focus (i.e. blurry).

Four different focussing systems or options then, and it's critical to know which one your phone is using in order to get the best from it.

3. Steady as she goes

Nothing says 'rubbish', nothing says 'amateur', more than jerky video. You don't have to use a steadicam or tripod - just hold your smartphone in two hands and try to keep things as smooth as humanly possible. Move slowly, move the phone even slower. When panning round, go five times slower than you think you should - every movement gets hugely magnified in the video capture process. Try a slow pan, watch the results and see. Doesn't that look ten times more professional?

The problem is that when you're 'there', in the moment, the human eye can move incredibly quickly, taking things in - don't try to mimic this with what your phone is pointing at (unless you're going for the 'Blair Witch' effect). Think 'TV fly on the wall documentary' - the viewer, with no awareness of the overall context, has to got to work everything out from your VGA or 720p video frame, so give them more time and give them a steady picture to process. 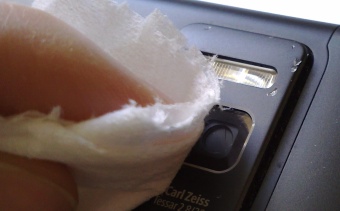 The theory is that a Symbian smartphone is superb at multitasking and that you should be able to perform any task no matter what else is running in the background. This isn't strictly true in the case of video capture. Trying to acquire and encode a high resolution video stream, saving it all on disk at up to 10Mbps isn't a trivial task. In practice, I've found that my footage occasionally 'loses' frames if I let email and other processor-intensive tasks run in the background. This won't be an issue for footage of your grandma or baby, but if you're shooting your friend's wedding or your daughter's nativity or some other one-off event, it's worth putting the phone into 'offline' mode for the duration. You don't want email syncs taking processor time from the camera - and you also don't want to be bothered by phone calls during capture!

5. Cleanliness is next to Godliness

Almost all modern smartphones are (sadly) created without any camera glass (actually plastic) protection, meaning that it quickly gets covered in fingerprints, dust and muck. Even a few small particles or a thin film of finger grease is enough to ruin the quality of your video capture, producing a tell-tale blurriness and extra flare from light sources. So, keep a tissue in your pocket and carefully wipe the 'glass' before any video capture.

6. Audio is all important

Sound quality is vital too. A blurred video image and great soundtrack is at least vaguely watchable - a crystal clear image and a muffled soundtrack is a waste of everybody's time. So the quality of the microphone in your smartphone will play a huge part here. Most Nokias have great microphones that won't disappoint, thankfully. The N86, N8, E6 and E7 even have digital microphones that produce true CD-quality sound, even under extreme conditions. 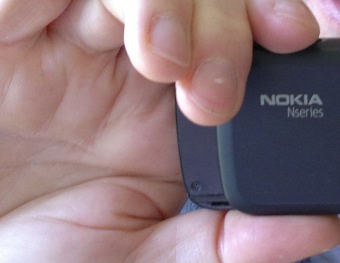 You can help the sound side of things by choosing your location wisely. At an outdoor event, find a spot away from swirling wind, waterfalls or crowd noise. Indoors, stay away from air conditioning units and other noisy machinery. If you do have to compromise in terms of location, cup your hand to protect the microphone hole as far as possible, to channel noise from your subject into the tiny microphone. This can help a lot if your problem is swirling wind.

It goes without saying that you should find out where the microphone is on your phone (note that the N8 has a dedicated video capture mike on the camera island). And, having found out where it is, make darned sure that your fingers don't either block the hole (in your usual camera 'grip') or brush past it noisily (you'd be amazed how many extraneous noises on peoples' videos are their own fault, fingers, straps and miscellany near the microphone hole!

In a really noisy situation, as a last resort, you can get very close to your subject - yes, the image might be blurry, depending on your device, but at least you'll be able to make out what they're saying. And hey, you can always superimpose some photos to break things up, in the final edit?

PS. If you have a headset that has a microphone built-in, try using this as a makeshift wired mike - it can work surprisingly well in very noisy environments, though note that the microphone in these accessories is usually of lower quality, so it's a compromise.

With modern 720p capture eating up a whopping 100MB per minute of footage, make absolutely sure that you're saving your videos onto the right disk (e.g. mass memory or microSD card) - look in 'Settings' in the Camera interface. The last thing you need is running out of space halfway through a clip!

In fact, it's a good idea to keep a couple of GB free as a minimum on your chosen disk, just in case you bump into something that's worth filming during your travels.

Armed with the above tips in mind, you should be able to maximise the quality of video capture from your phone. It'll never rival that from a genuine camcorder, but then you're able to film at the drop of a hat and will get footage where others are simply wishing they hadn't left their camcorder "in the car".....

Comments welcome if you can think of other tips to bear in mind!

Steve Litchfield, All About Symbian, 16 September 2011

Filed: Home > Features > How to: Take better videos on your smartphone