Five classic games every Windows Phone user should have

It's a fact of life that much as we want out smartphones to have their own games, to stand out on their own, and to be unique, we also want comfort,  familiarity, and games that we recognise. Windows Phone, and specifically the XBox Live games provide both. While we're looking out for the exclusive Windows Phone games that will become classics and make people want to be part of the Xbox Live experience, what are the games that we know from other platforms that have made it into your phone?

Rovio's physics puzzler has become the Doom of the mobile generation - you aren't a platform until you have to play through the same levels of bird on pig action. Xbox Live makes the grade, and has Angry Birds. It's just as you expect, with smooth graphics, impeccable physics and no compromises. That's probably the most important thing for new users to a platform, to feel reassured that their smartphone isn't crippled compared to others on the market. Angry Birds, like the gaming benchmark it is, shows Windows Phone can mix it with the best. 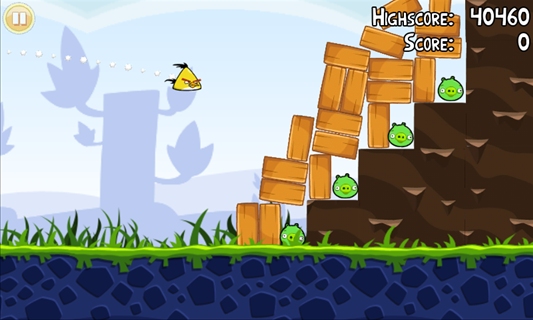 Angry Birds on the XBox Marketplace.

The only other game that could match Angry Birds as "the standard" is Flight Control, but it's listed here for another reason - to show that developers are taking Windows Phone seriously as a smartphone platform. I really like Flight Control, but when Namco brought it to Symbian, they ported a poor java implementation that was, frankly, unplayable, and soured me on every other Namco release. The confidence in seeing a smooth conversion to Windows Phone is worth far more to me mentally than the game itself - which is worth a lot if I'm honest! 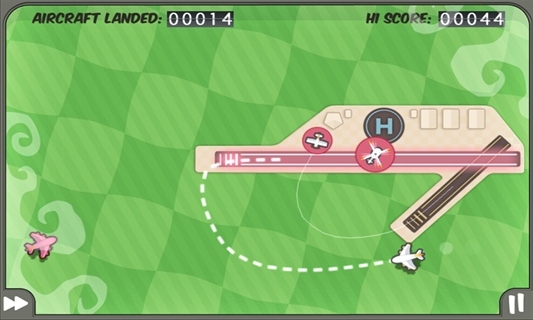 Flight Control on the XBox Marketplace.

The first of two appearances from PopCap, and probably the slickest implementation of a Tower Defence style game for a mobile platform. Just a few lanes of action in your garden to defend from the zombie hordes. With very limited resources to grow your killer plants and levels that take around five to ten minutes, this game was designed to be the perfect casual game and it shows. There's a huge amount of game play in here, the difficulty curve is pitched perfectly, the graphics are cartoony yet very clear... it just all works. 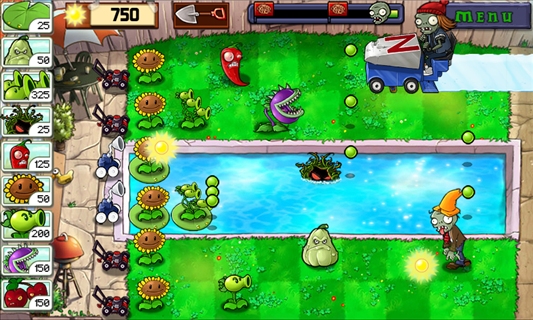 Plants vs Zombies on the XBox Marketplace.

It's PopCap again, so lots of balanced game play, clear graphics, and a choice of game modes make this suitable for all sorts of gamers, be they fans of tightly timed games needing arcade reactions, or more cerebral thinking and planning on offer here. Bejeweled is a simple concept, switch two of the game pieces to make three, four or five in a row line, which disappears and the gaps are filled up with new jewels arriving at the top of the grid. Dangerously simple, a personal favourite of many since it's debut on the web and Palm OS over ten years ago, and I'm still happy to keep playing it. 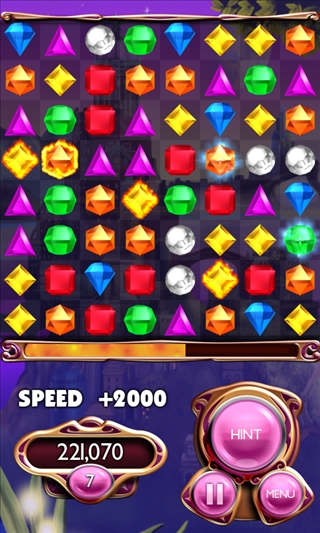 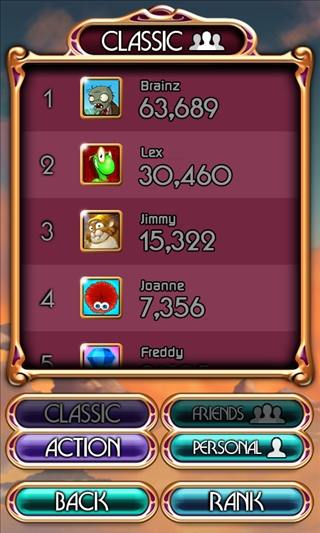 Bejeweled Live on the XBox Marketplace.

And then there's Doodle Jump. An unassuming game that everyone loves. Just bounce as high as you can, move by tilting your smartphone, and shoot if you feel the need to be violent. it's delightfully low-fi in graphics, but packs a huge amount of addictive game play even before you start to look at the achievements that make up the additional fabric of the Xbox Live gaming arena 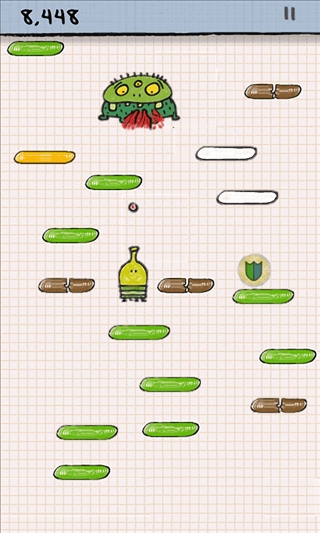 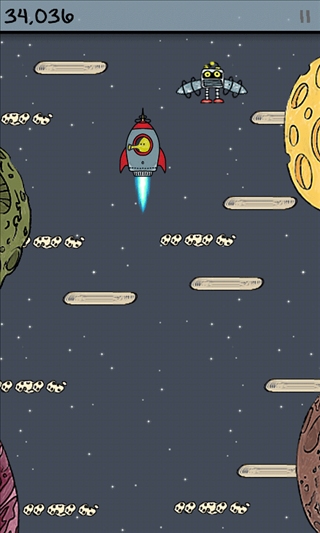 Doodle Jump on the XBox Marketplace.

So, what have we missed?