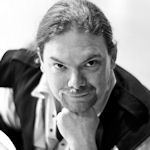 Ewan has been working in the smartphone market long before they were even called smartphones. Covering the early Psion, Palm and Windows Pocket PC machines first in Technical Support, then as a developer and publisher, and finally as a reporter he has been one of the more outspoken and long serving members of the All About family. When not working on the All About sites, Ewan produces a variety of entertainment-based podcasts and writes in his personal blog.

Joining the existing eBook services on Windows Phone is Kobo, the Canadian based digital publisher. Much like Amazon, Kobo has an online store for eBooks, magazines, and newspapers, has built a mix of eInk readers and Android powered tablets, and has coded clients for the major mobile operating systems. I'm taking a closer look at their WP client to see if Kobo has nailed the eBook experience on Microsoft's mobile OS.