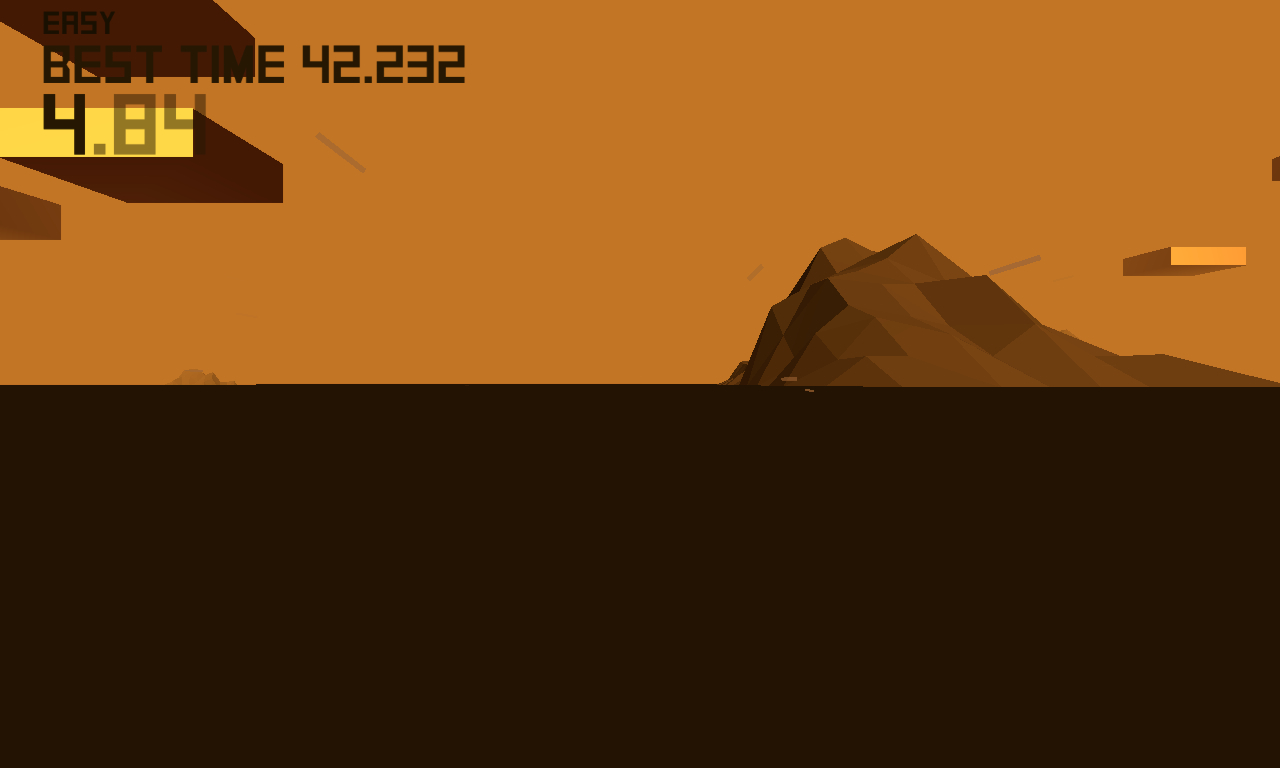 Part of the growing genre of 'twitch' games that exploit the current vogue for fast GPUs and powerful CPU's to throw lots of graphics around the screen, Hypernaut's graphics are smooth and clear, even though they move at a fantastic speed. With the horizon tilting as you control your movement there is a lot of calculation happening to keep the frame rate high. I've not seen any stuttering or frame drops while playing. 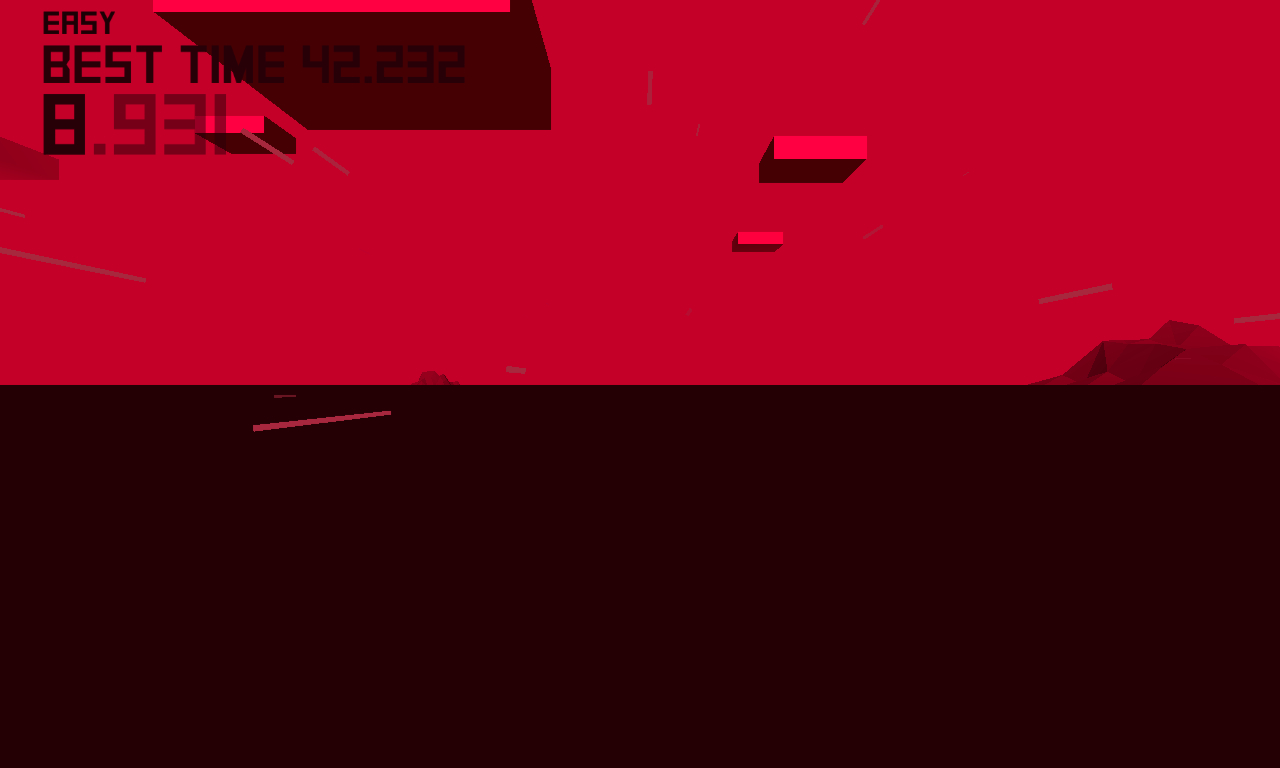 You also have a good mix of graphics used to create the obstacles in the game. There are fractal-styled hills and cliffs coming at you, there are imposing white towers that appear on the horizon and grow as you rush towards them, and as you progress you have lightning balls and cannon fire racing towards you, testing your reactions even more.

Add in rectangular clouds and streaks of light in the sky, as well as marks on the ground to enhance the feeling of speed, and you have some great graphics, which a touch of a retro tinge that gives the game a certain old-school character.

I've not spoken about the controls yet, because there's not much to say about them. You can go left or right, and this is achieved either by tilting your phone, or tapping on the left or right sides of the screen. You have to select this from the splash screen, you can't change mid-game, or have both options running at the same time. Tilting is the more impressive when demoing the game, but I have to say I prefer the direct nature of using the touch-screen. 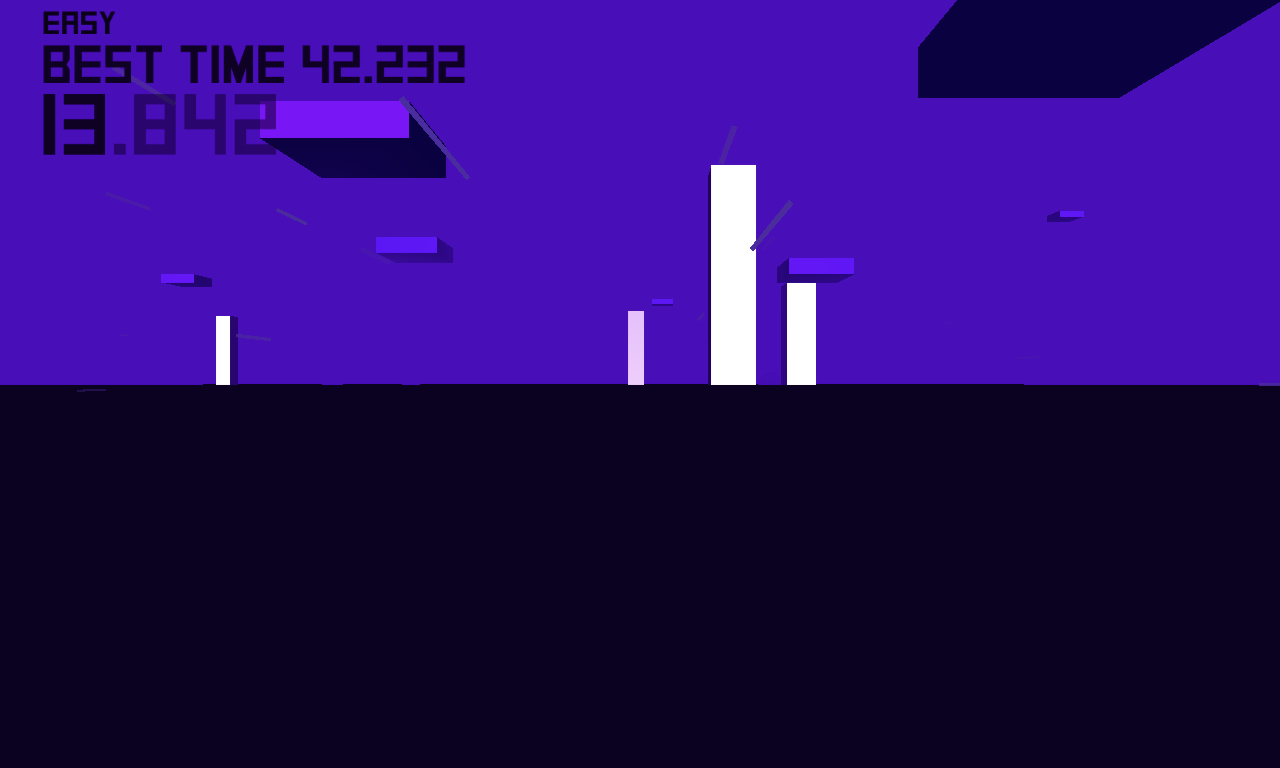 The only scoring mechanism in the game is a simple one... how long did you survive? My average time is around 20 seconds on easy and 15 seconds on hard. That's quite high for a twitch game, but as the game takes a good few seconds to build up the density of obstacles, there's a bit of false economy going on here.

What I would like to see is a little bit more structure to the colour tinting used on the graphics. Other twitch games on various platforms use colour to break up the game, and to help show your progress - switching colours every ten seconds is a popular motif - and while the colours are changing as I play through Hypernaut, I can't see any logic in the shifting tones and hues (to be fair, I might be being thick and missing something obvious, if I am, let me know in the comments). 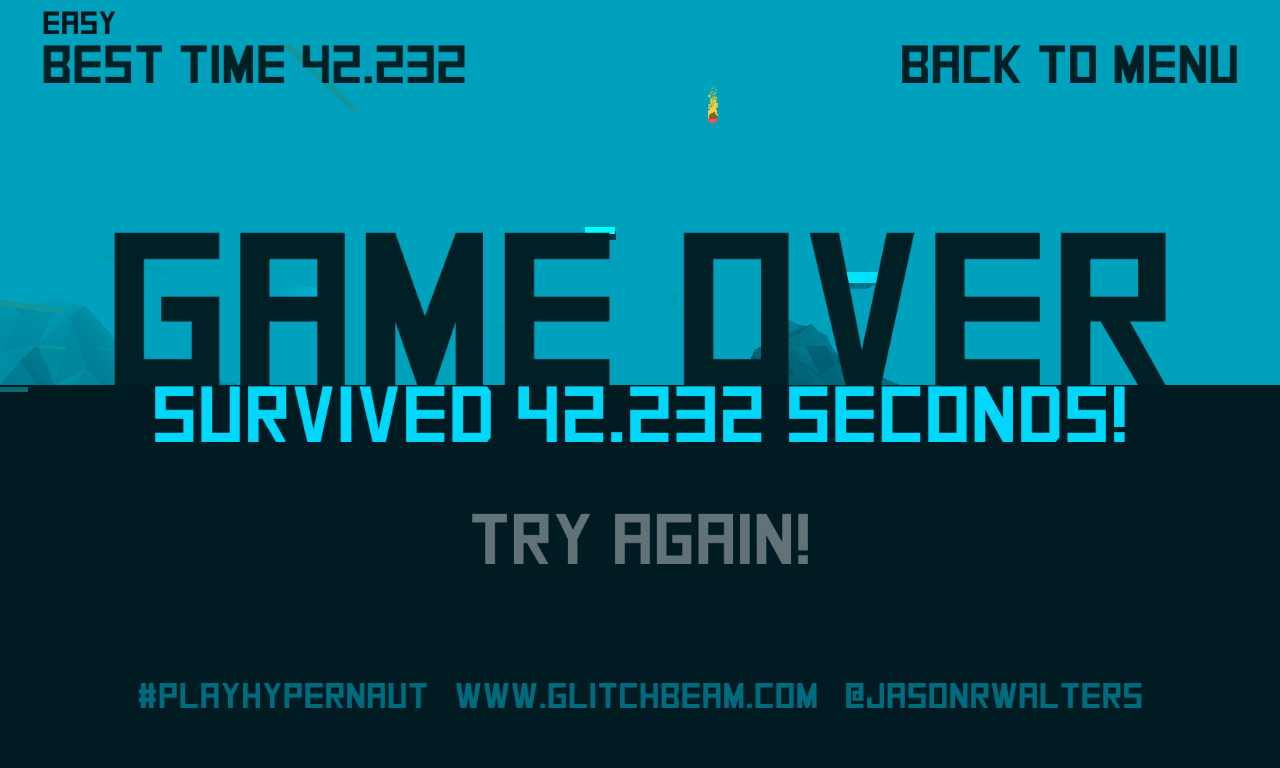 Hypernaut delivers a fascinating gaming experience. It's incredibly fast and smooth, it presents you with a simple challenge, and one that I find relaxing. It's quick to load, great for those spare minutes in the day when you want to do something, and as a free download it's very much recommended.