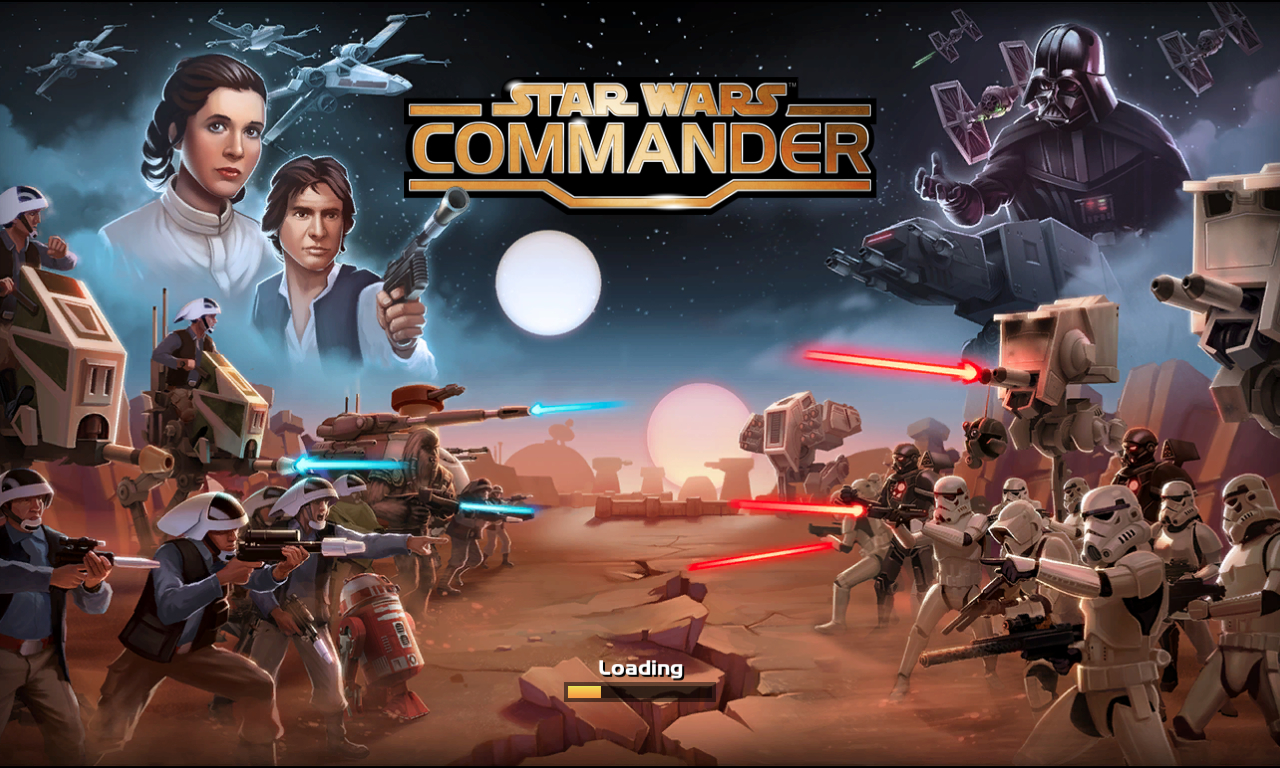 The first thing to note is that the theming of the application to make it 'Star Wars-y' has been done incredibly well. From the opening logo flying into the distance, the crawl of scene setting text, and a pan down onto a planet, it's all there. The in-game graphics bring to mind the long-running film franchise, and you'll have some interaction with the major characters from the original trilogy. 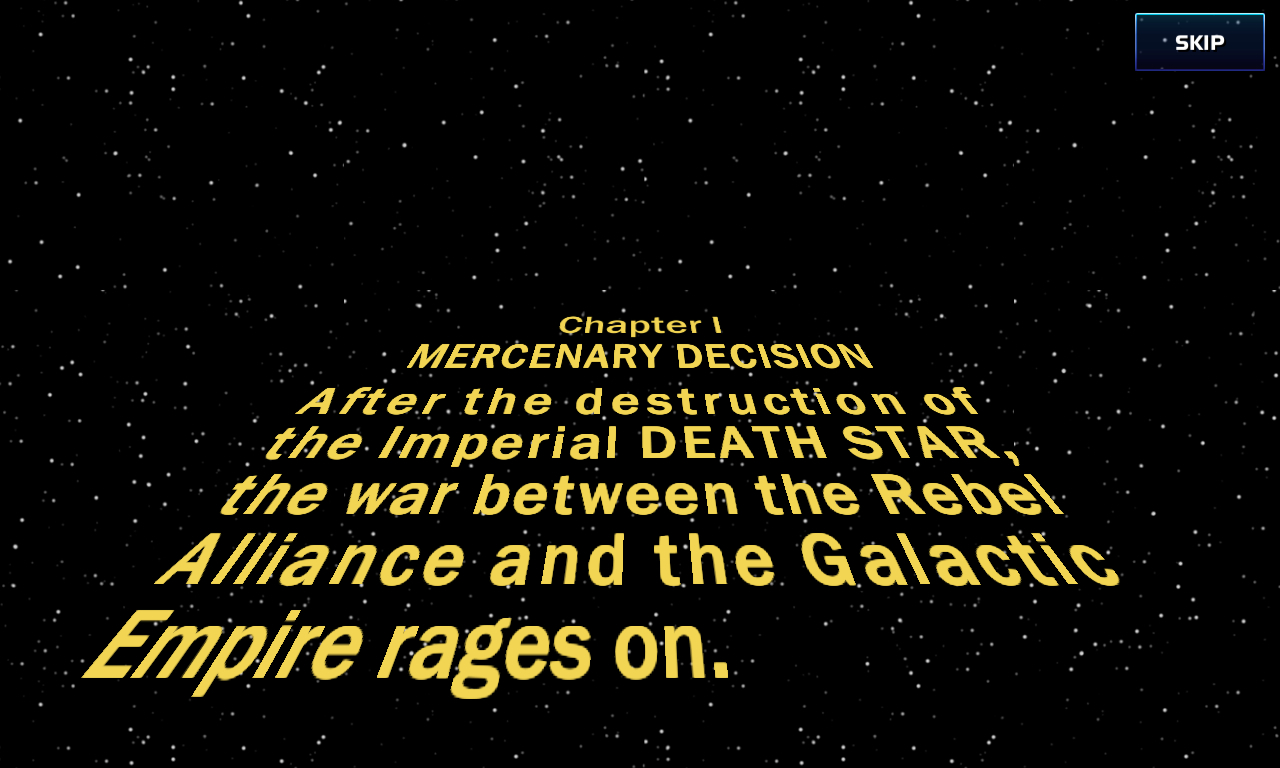 Here's the thing... while a lot of work has gone into making this game fit into the extended Star Wars Universe, very little time has been spent on making the game itself feel unique. What the developers have done here is taken the popular strategy game 'Clash of Clans', given it a bit of a make-over... and managed to lose whatever magic Supercell's title had in the first place. 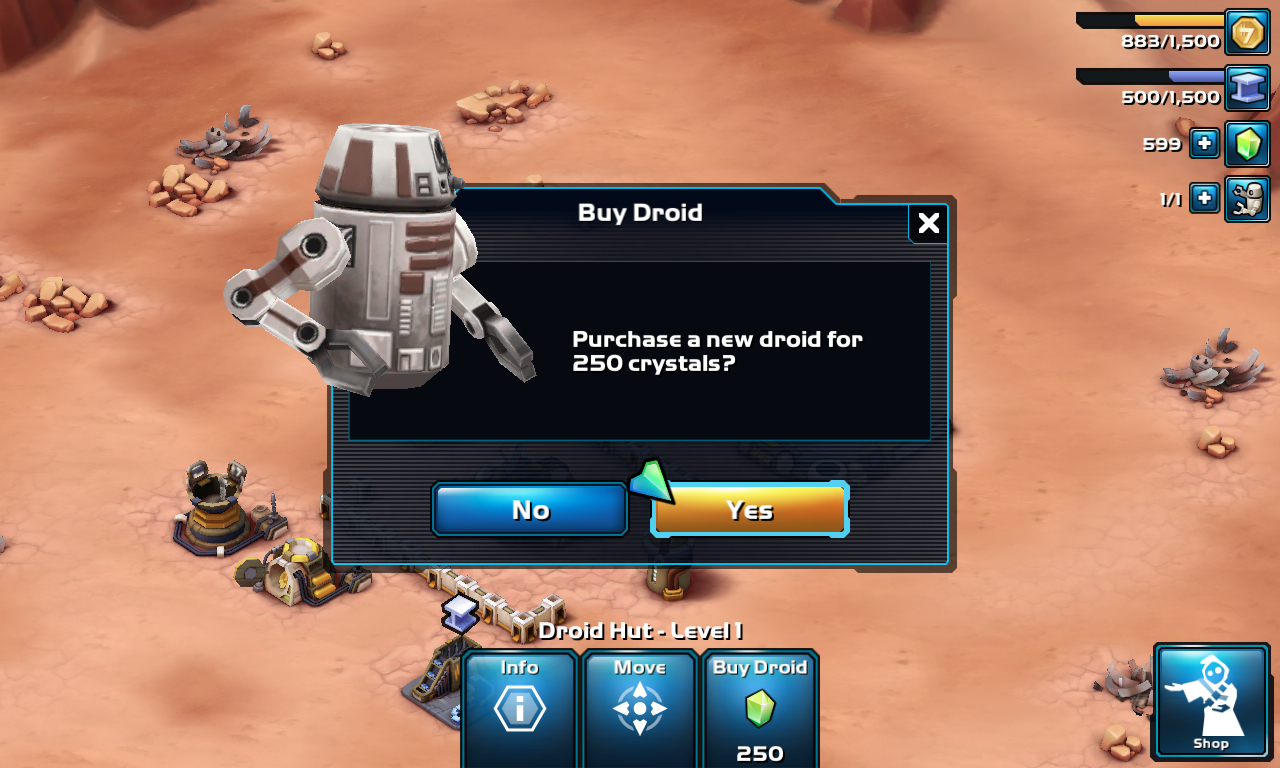 The opening tutorial teaches you the basics of the game, but it does feel a little bit unfocused. By staying in the story, rather than explaining that you are building a home base that will be attacked, while also building an army to attack other player's bases, the actual mechanics of the game are clouded from view.

What the tutorial is good at is teaching you how to use the expensive in-game currency of crystals to speed things up. Which is all very nice, but when you go to do that outside of the tutorial, that's when you find the game will ask you to spend real money to buy these crystals, which are then spent unlocking buildings and resource creators. You do have the option to wait out the construction time - and you really should, because doing everything instantly is really expensive.

As well as the crystals, the game also has resources that will be built up over time. The primary resource is alloy, which is used to build different buildings in your home base, along with the monetary styled credits which are also needed to recruit soldiers and purchase aids for your army. These build up slowly over time, and naturally you can short-circuit this wait with an injection of capital via real money. 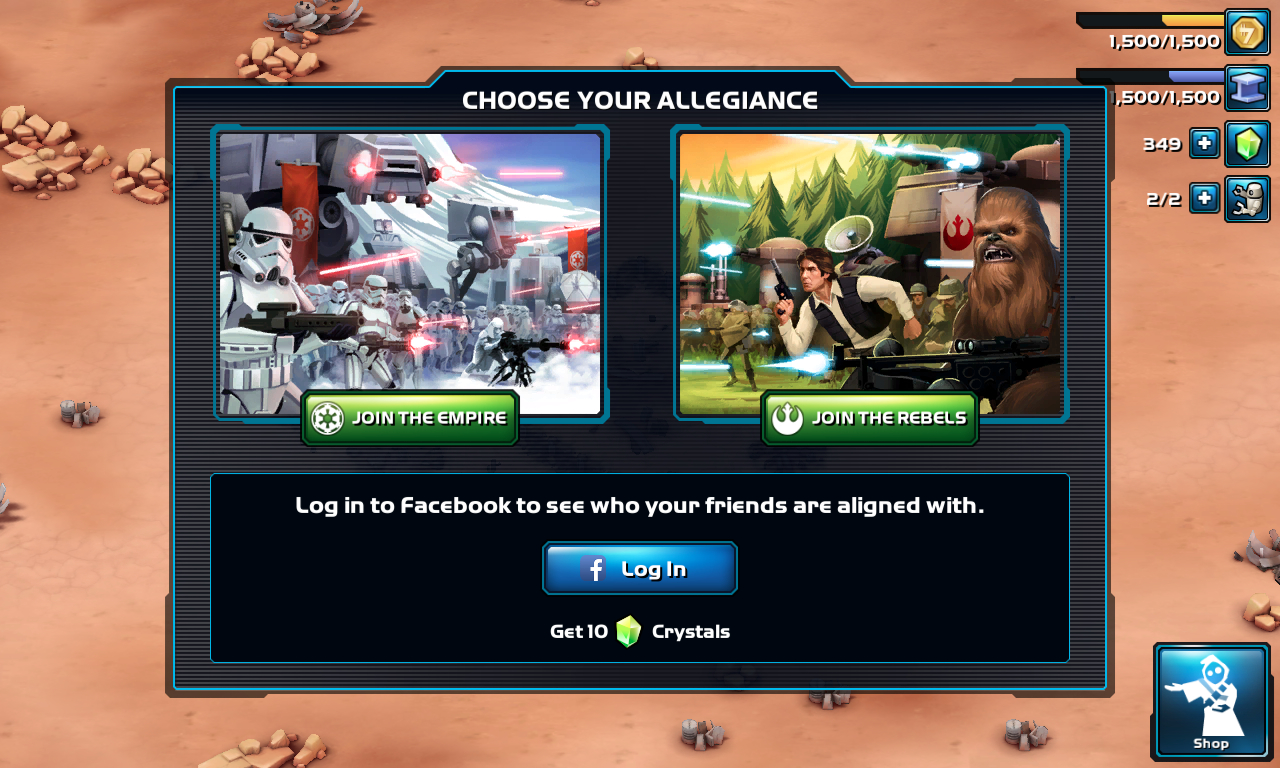 It's important to build up your base, as the credits and alloys generated by the base are also needed to 'recruit' soldiers to your army. These armies can be sent off to attack other bases in the game world. These could be part of the story-based levels, or could be the bases of other players who are playing Star Wars Commander. The game will go online, and look for a similarly skilled player for you to attack. The base that they have been building up? That's what you will be attacking, hoping to defeat them and steal some of their alloy and credit reserves.

And this is why you need to build up the defences of your base, because other players will also be attacking you. 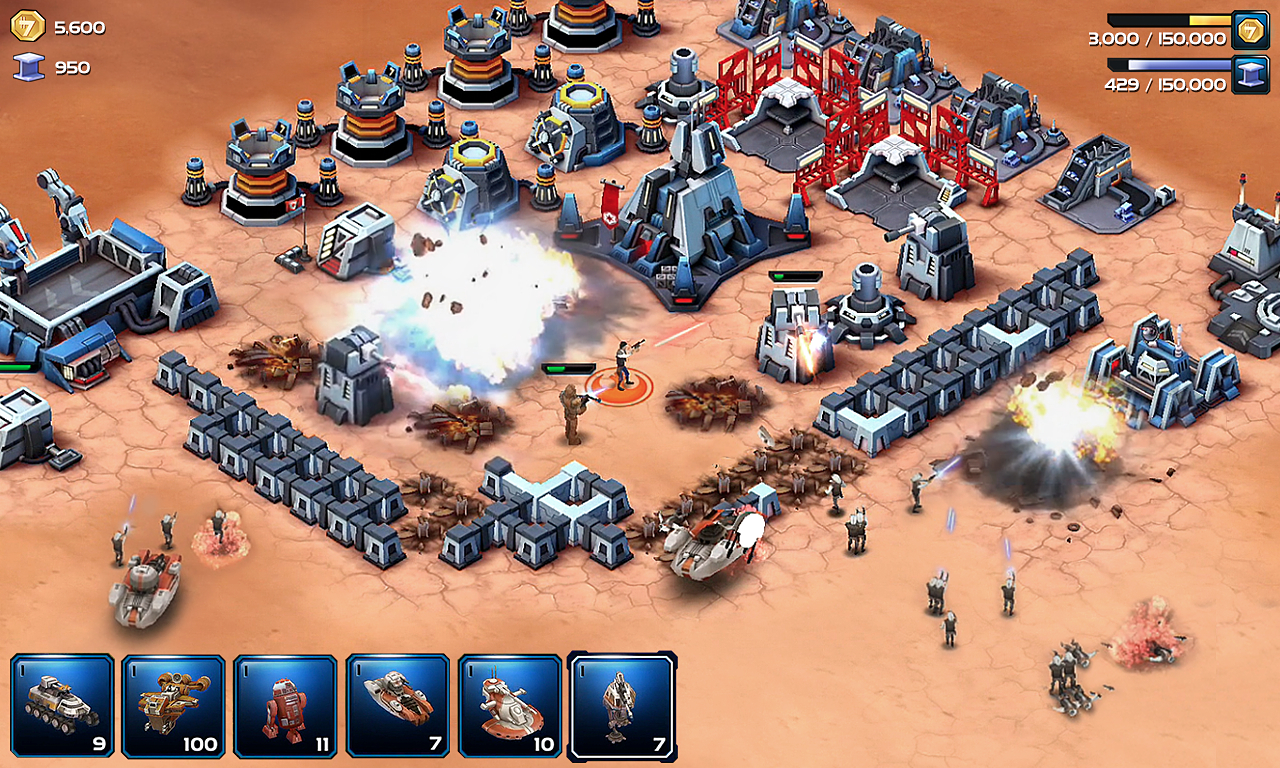 However, while it gives the illusion of being a huge multiplayer game, there's no point where you directly engage with another player. In fact there's no real way to directly engage in combat. Defending your base happens automatically on the Star Wars Commander server, and you'll simply be told of the result, while your only move in attacking an opponent's base is deciding where to deploy your troops - then you sit back and hope the AI is smart enough. 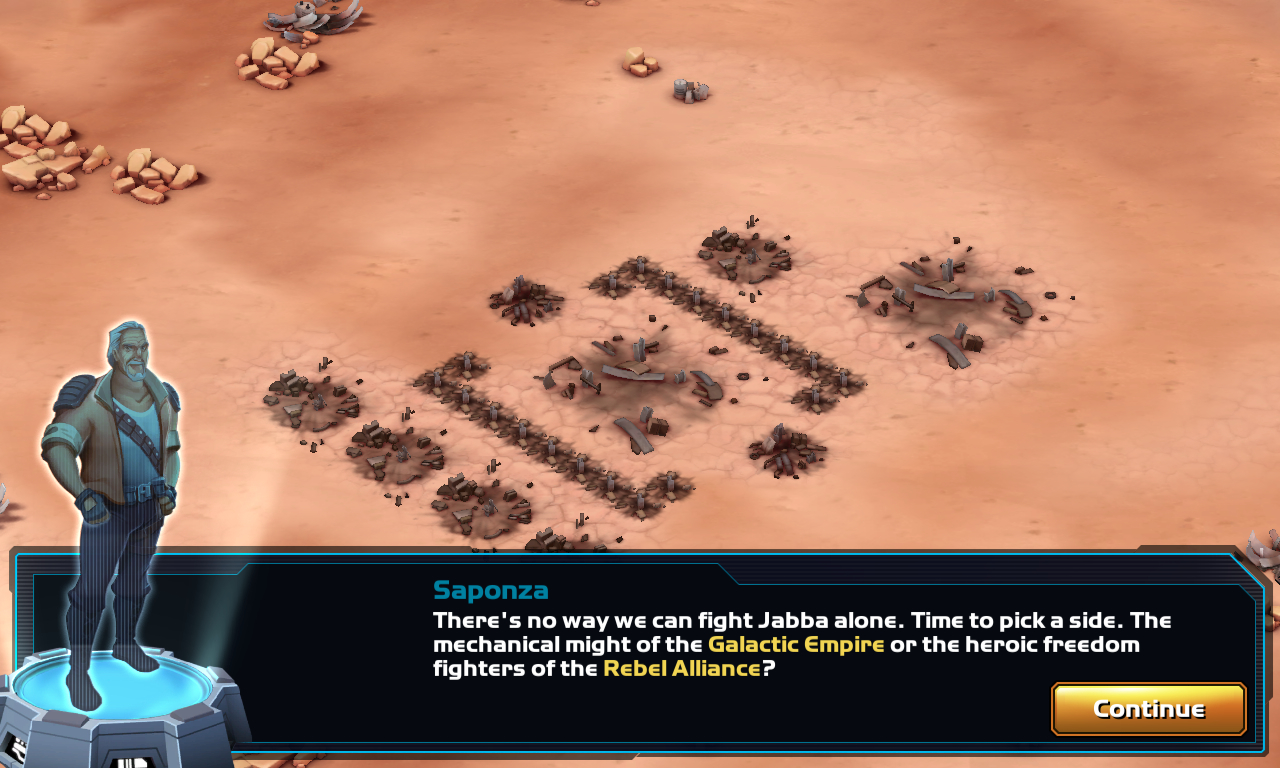 Strip away the Star Wars branding, and you have a weaker implementation of Clash of Clans that takes longer to play... and Clash of Clans is already a game that takes weeks to get to a significant level of detail and complexity. It's going to cost you in either time or money, or a mix of both, to build up Star Wars Commander to the point where it offers a mental challenge as opposed to a grinding challenge. 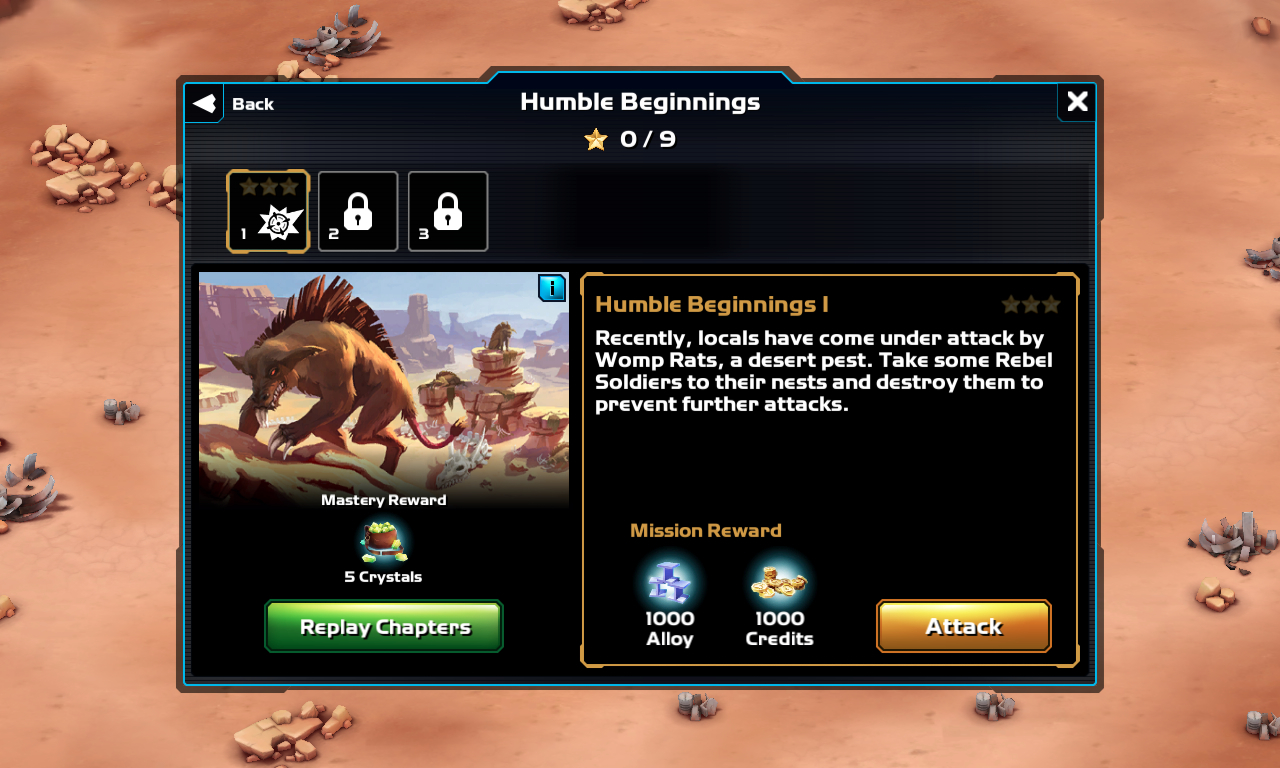 Even then the game is simply not exciting. Apart from the base thrill of 'Darth Vader is talking to me!?!' the only real advantage that Star Wars Commander has over Clash of Clans is a simple one. Clash of Clans isn't available for Windows Phone, and probably never will be. So this is a substitute. A substitute because the original is unavailable, and you'll be happy to make do with a slower, less capable replacement. 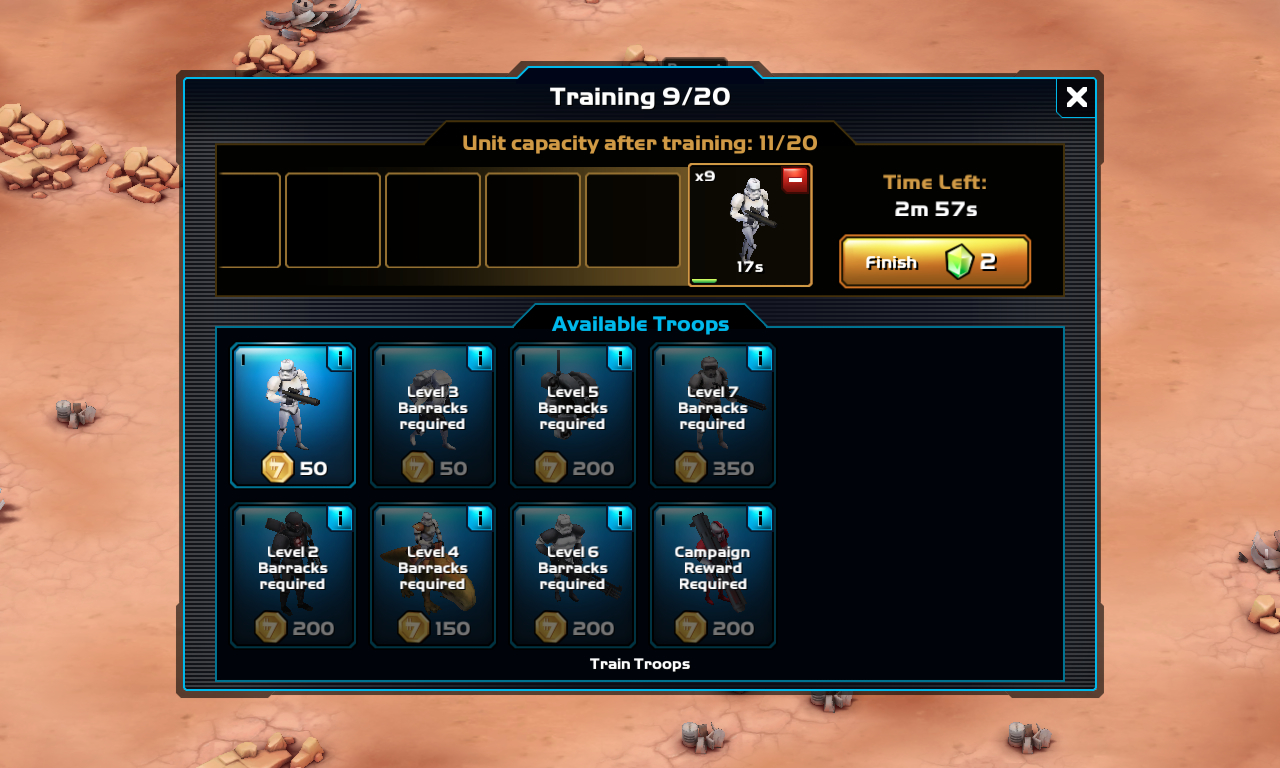 I wouldn't bother, go and find something more original and support that, rather than shovel money at another cheap cash-in on the Star Wars branding.