Microsoft are rightly proud of the work they have done in the People Hub to make it relevant to the users of Windows Phone, but that doesn't mean you can rely on Mango to talk to your social networks. There are more networks than the ones you can talk to out of the box, and in some cases you need more functionality than Seattle has provided. So where should Social Network junkies turn to? Here's our five picks.

We've already taken an in-depth look at Foursquare, so head over to the review for the comprehensive take - in short, not only is this location based social network related one of the best social networks for Windows Phone, it's one of the best Windows Phone applications full stop. Full control of check-ins, browse your friends, find cool stuff in your local area, it's all here. 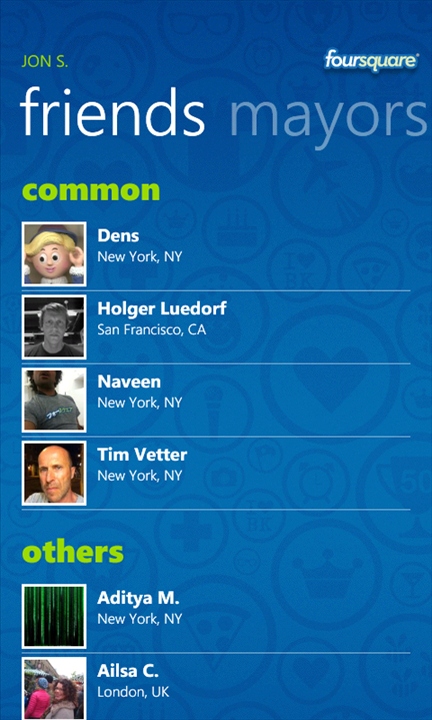 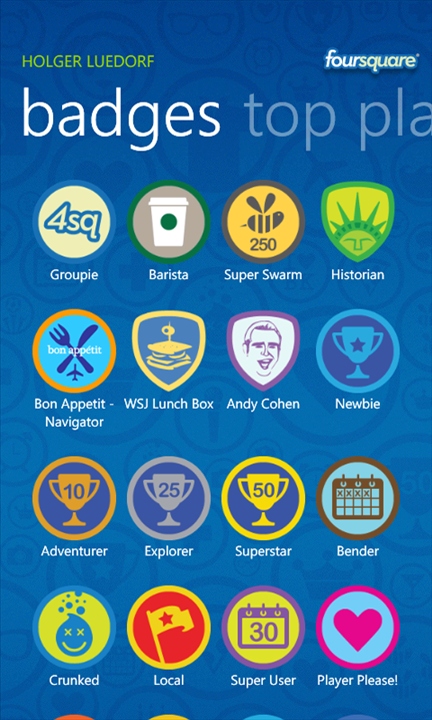 Foursquare in the Windows Marketplace

While Mark Zuckerberg's network is integrated into Windows Phone, both with the People hub and sharing from the camera application, there's a lot missing. A lot of the data from Facebook mingles in the phone (such as your address book), and you don't have access to your Facebook messages from Mango. So there is a need for the Facebook application. Turning all the Facebook areas into separate pivots on a large panorama not only fits in with Metro, but makes Facebook fun to use again after the timeline changes on the desk-bound browser version. 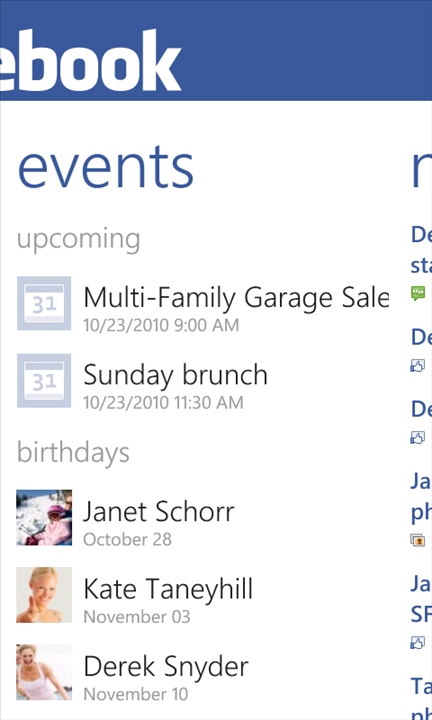 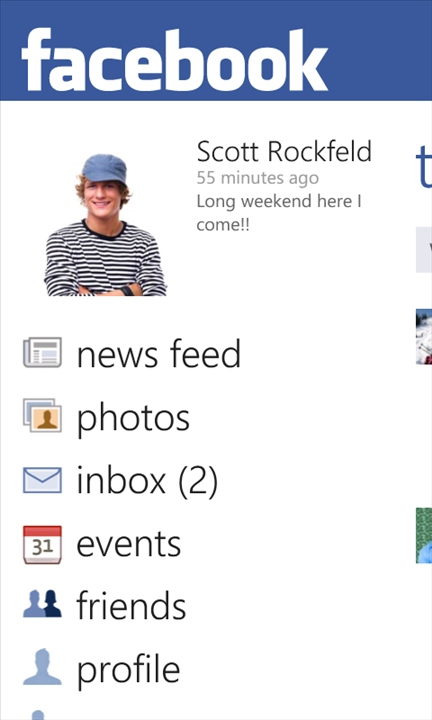 Just as the Facebook app fills in missing functions, so does Twitter. There are two huge areas that are missing in Mango that mean a Twitter application is required. The first is you can't interact with Direct Messages, either to send or receive. That's a killer right there. Neither can Mango deal with multiple accounts, and anyone with a website is bound to have a second account they need to switch to. I suspect these are missing because Microsoft had a hard time limit for implementation and switched to bug testing early in 2011, rather than "D'oh, we forgot".

It would just be nice if Twitter could update the 1.0 application and give Windows Phone the same love and attention FourSquare did. 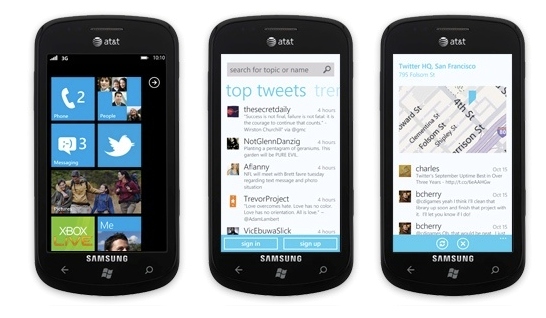 The "other" location network has never got the traction in the mainstream press. For a long time it stayed resolutely iOS only, but as it reached out to other platforms, it gathered a lot of fans for its different approach, emphasising virtual goods that could be dropped and collected, alongside trips of interest in an area, alongside single points where you can check-in. There's more exploration of an area through Gowalla than Foursquare, so if that's your thing, here's the alternative. 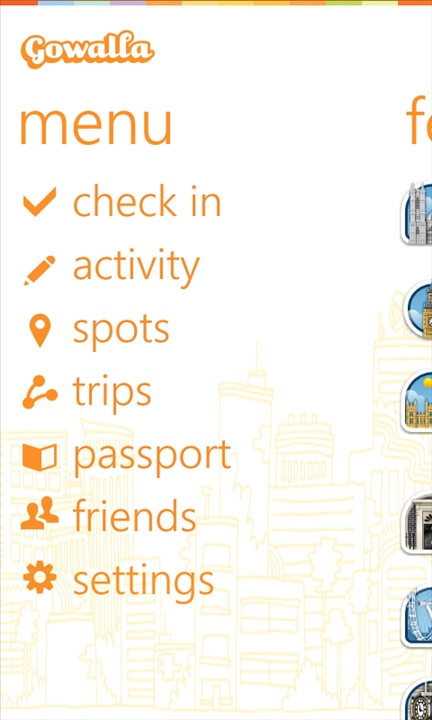 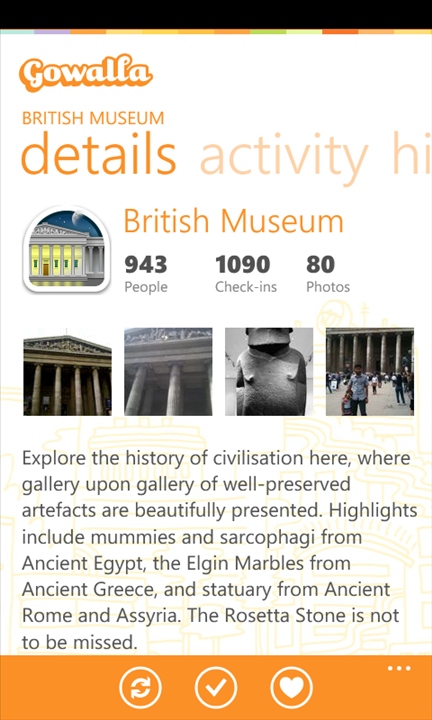 Gowalla in the Windows Marketplace

And then there's music, and the Grand-daddy of social music networks, Last.FM. The principle is simple, wherever you have music playing, have a Last.FM client. This will remember what you listen to, and from that build up an idea of other music (and people) you will like. Choose a category, or suggest a band to start with, and away you go in the world of recommended music.

The only thing missing is the updating of music played by the Zune music player in Windows Phone to the server, otherwise Last.FM is a great personalised radio station. If you've been with the service as long as I have, it's pretty good at finding stuff I never knew I wanted to listen to. 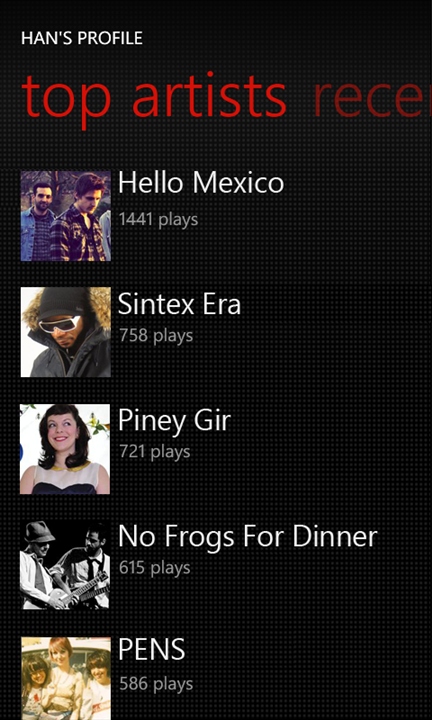 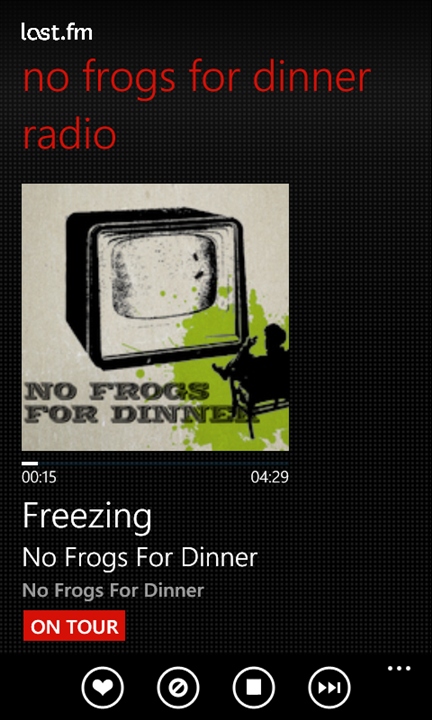 Last.FM in the Windows Marketplace

So, beyond those, we'd love to know what social software you are using!