How to: Get your contacts directly to a Nokia Lumia 800 from a Symbian smartphone

Built into every Nokia Windows Phone is a small utility, 'Contacts Transfer', providing a very quick way for Symbian smartphone owners to get their core contacts over to a replacement Windows Phone. Here's a walkthrough of this usefull utility in action. 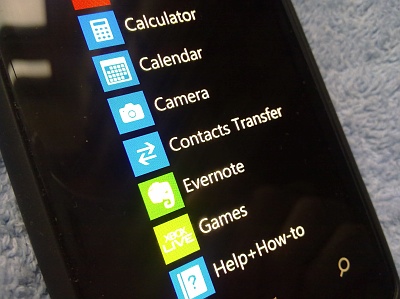 Moving from one phone to another always used to happen this way, you know. Never mind cloud sync, contacts transfer between phones always used to be via a SIM card (limited to just certain fields), via a desktop computer PIM app (which means messing around with the latter) or via direct transfer using Bluetooth (as here).

Of course, if you're a died in the wool smartphone addict, there's a good chance that you'd managed to get your old Symbian smartphone syncing with the cloud, perhaps via Mail for Exchange to Google Contacts. It's not trivial, but many have made it that far. And, in theory, once your contacts are with Google, you can add Google as an account in your Windows Phone and you'll then get those same contacts synced down to your new device.

That's quite a bit of supposition though. If you're a geek, you might also opt to export your contacts from a desktop PIM app or from Google Contacts and then import this directly into your contact store on Windows Live.com, after which they'll get synced down to the phone. So many options.

But the simplest of all is to put the two phones next to each other and let Nokia's utility work its magic. One minute later, all your contacts, all their fields and thumbnail images, will all be on the Lumia 800 (or 710). After that, the sync can work the other way, populating Live.com with your new address book.

In short, a very useful facility, which I tested using a Nokia N8 with a newly reset Nokia Lumia 800. Contacts Transfer is on the main applications menu on the Lumia devices and runs in a wizard like fashion, prompting you at each stage for what to do next.

1. Turn Bluetooth on in the source smartphone (on the N8, in Settings/Connectivity) 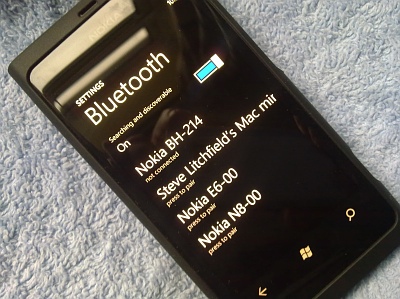 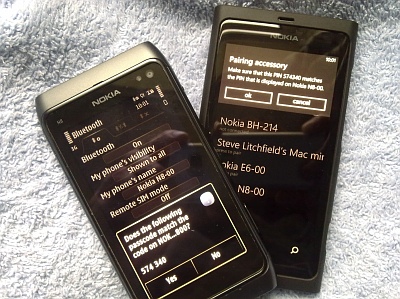 3. Tap the one you want and you'll be asked to confirm the connection on the other device in the usual way. Usefully, the Symbian device also asks if it's ok to authorise the Lumia to make connections automatically in the future. Say yes, it saves a lot of screen taps! 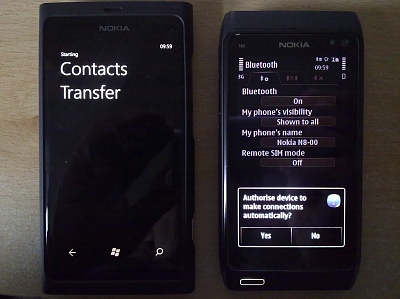 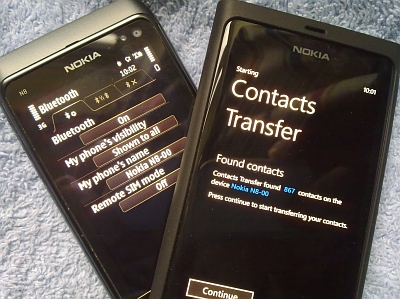 4. The Lumia will scan the contacts on the other smartphone (via PBAP) and report on the number of entries found. Tap on 'Continue' to proceed with the transfer, which should take a minute or so at most. 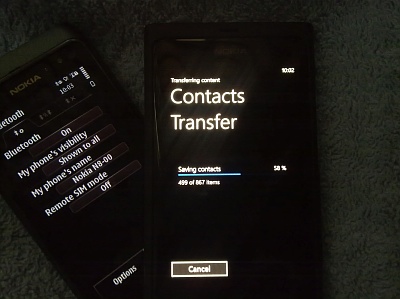 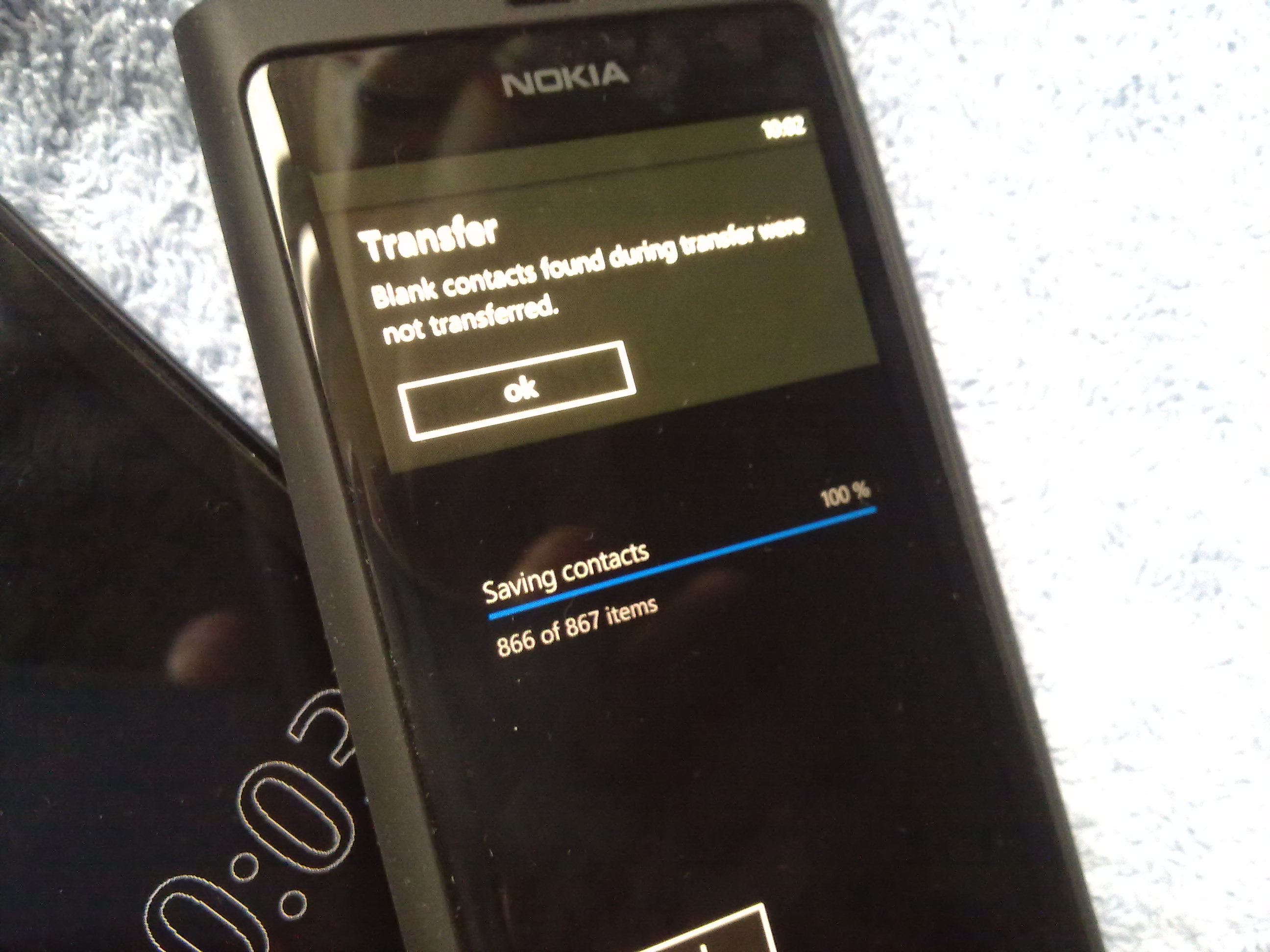 5. Contact entries with no name information will be omitted - so if you've been using a few contact entries for miscellaneous information or files purely by a company name then you may want to enter these few titbits manually on the new phone.

You're done. Assuming you have a Windows Live account all set up on the Lumia, the new contacts will be synced up into that cloud system, though it's worth noting that, the way Microsoft's currently got its systems talking to each other, your contacts may not show up in the live.com web interface for some time (in my case, six hours!), which is a little disappointing. Still, I got there in the end.

Between this facility and the multitude of desktop and cloud sync and import options, I think it's fair to say that there's simply no excuse for any Nokia Lumia owner not to have their existing contacts on their device in very short order after acquiring the device. It's also worth noting that this isn't limited to transferring contacts from Symbian smartphones - many other generic phones support PBAP and this should work just as well.

Filed: Home > Features > How to: Get your contacts directly to a Nokia Lumia 800 from a Symbian smartphone

Platforms: Windows Phone 7.5
Categories: How To