How to implement Kids Corner effectively on your Windows Phone

Introduced for Windows Phone 8 was Kids Corner, an answer to the age old problem of what you do when your small children say "Daddy (or Mummy), can we play games on your phone please?" The issue, of course, is stopping the little darlings from accidentally getting into other applications, deleting data, calling your boss and buying stuff they didn't mean to. Kids Corner can in fact help with all of this, but there are a few things you need to know before you start playing with the idea. Really. 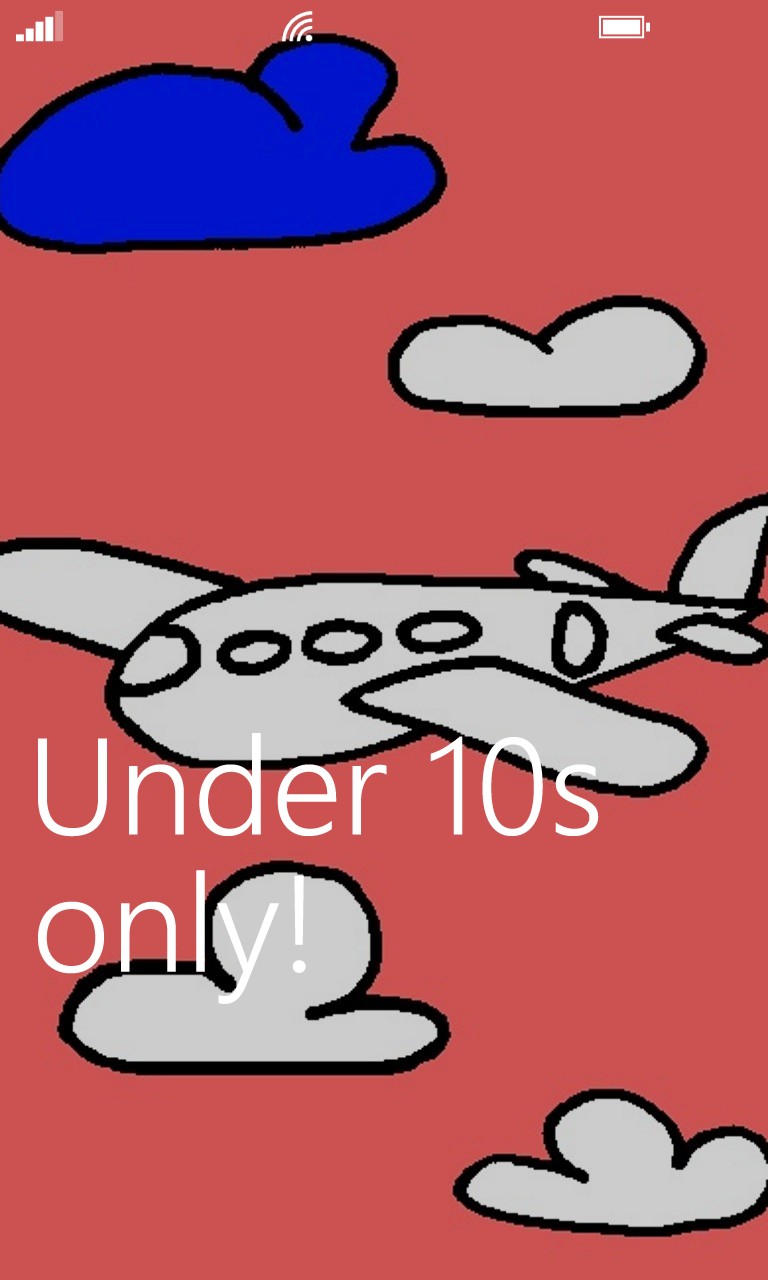 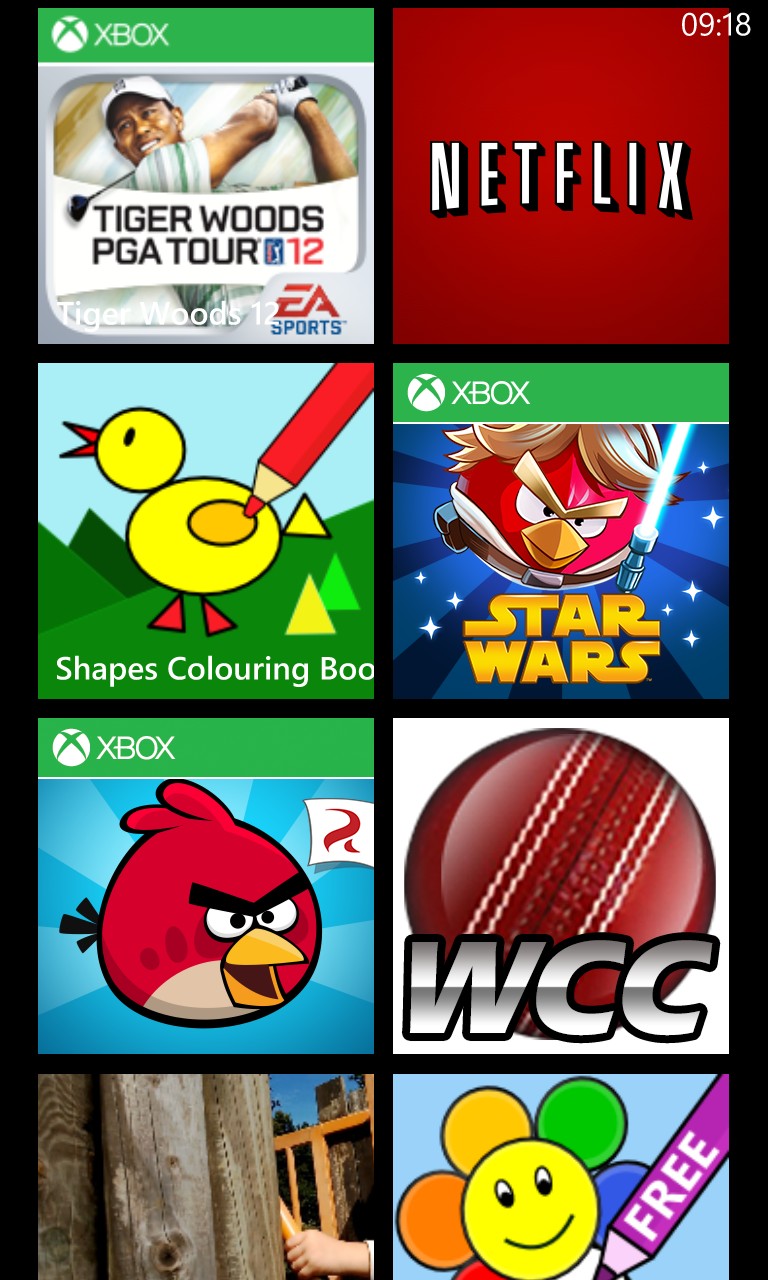 Seen when working well, Kids Corner sees your child swiping up on their custom lock screen to reveal all the fun (and safe) stuff on your smartphone...

First and foremost, when you first head into Settings>Kids Corner, you're taken through a wizard, shown below, which lets you add the apps, games and media that you'd like your child to have access to: 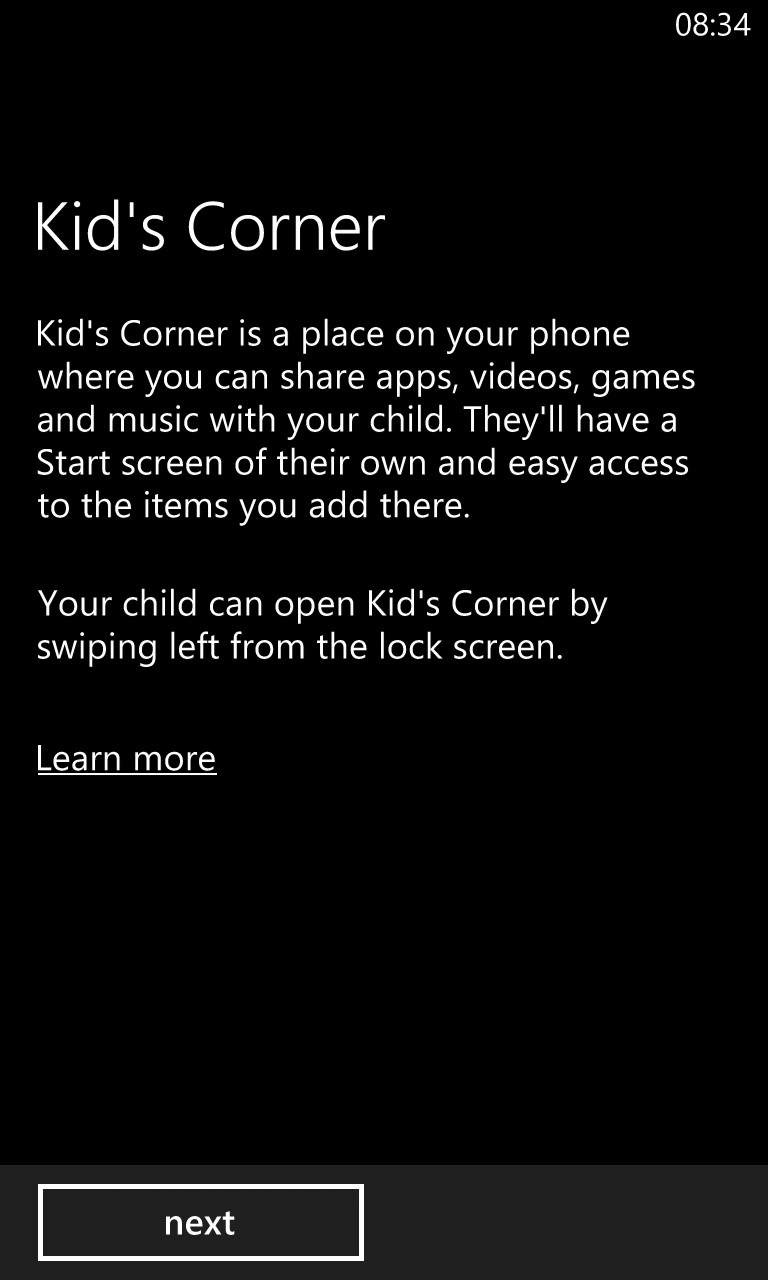 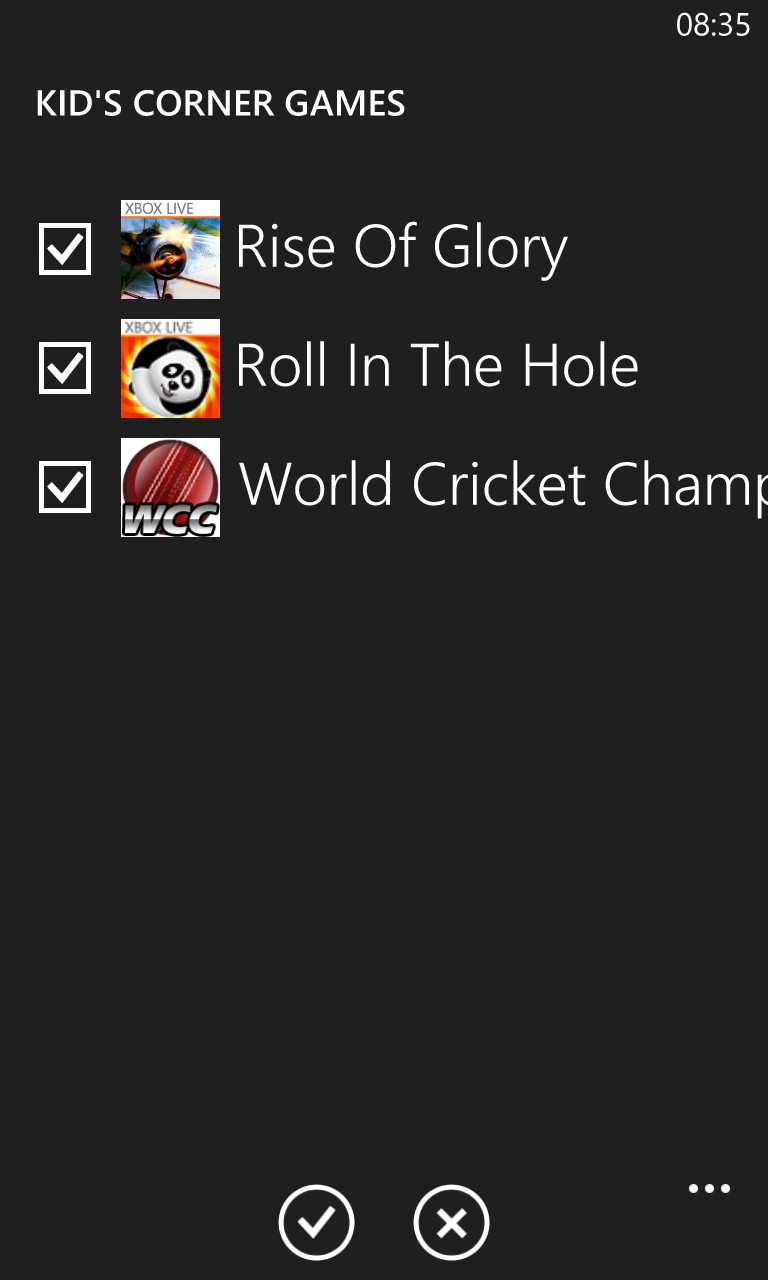 So far so good, but you're then asked if you want to set a 'lock screen password' to 'keep your child from accessing your Start screen': 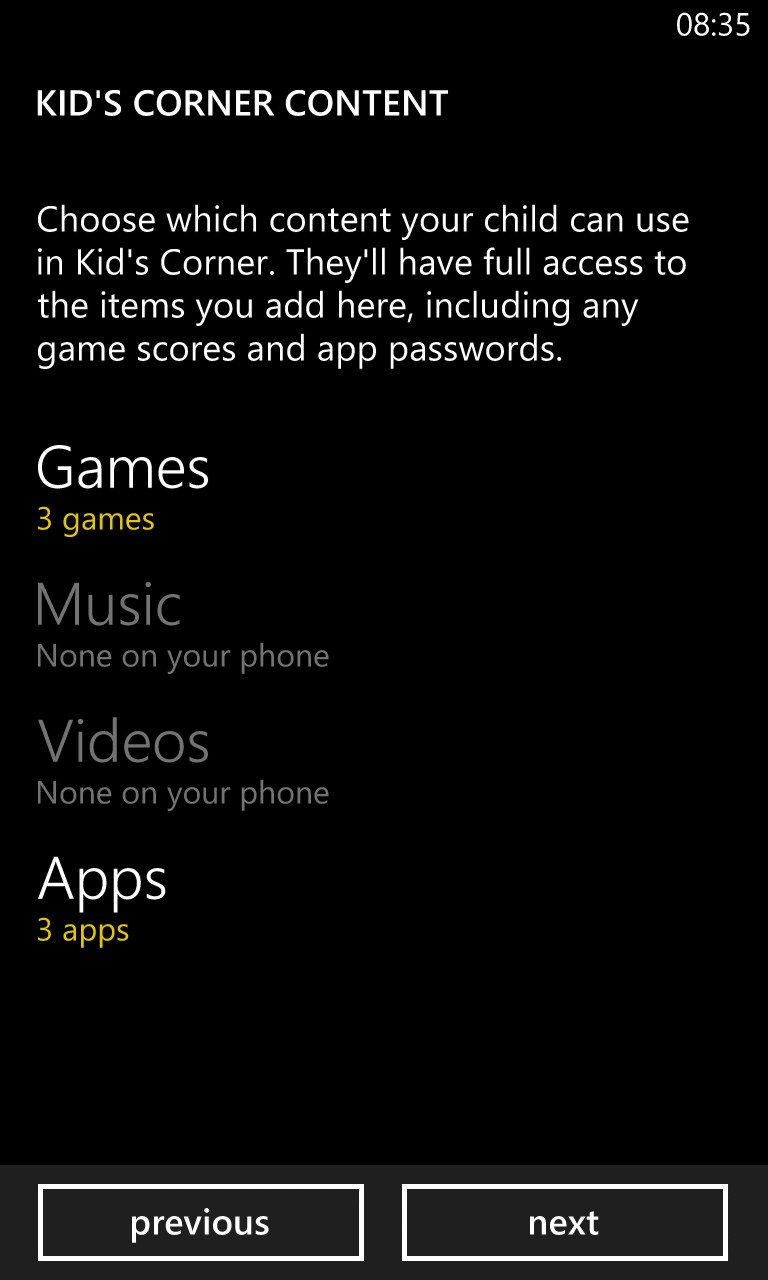 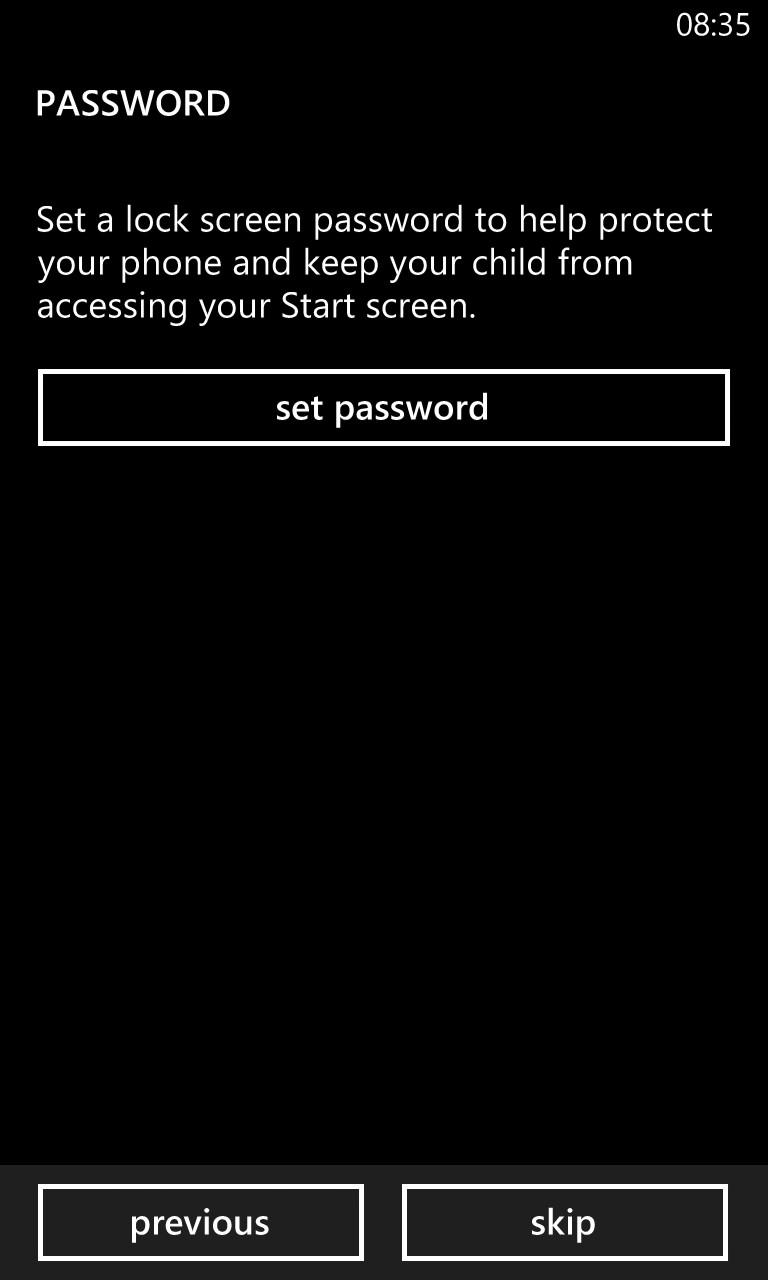 Although there's a 'skip' button on the screen, do not tap it. This offer to set up a lock screen password is (currently) a one time thing and can't be added later on in the general Settings panes. Yes, there's a 'lock screen' section in Settings in Windows Phone 8, but the password setting here applies to all phone use, including Kids Corner. Which means that your kids will be bothering you every few minutes to re-enter your password every time the screen goes off when they hit the power button by mistake. 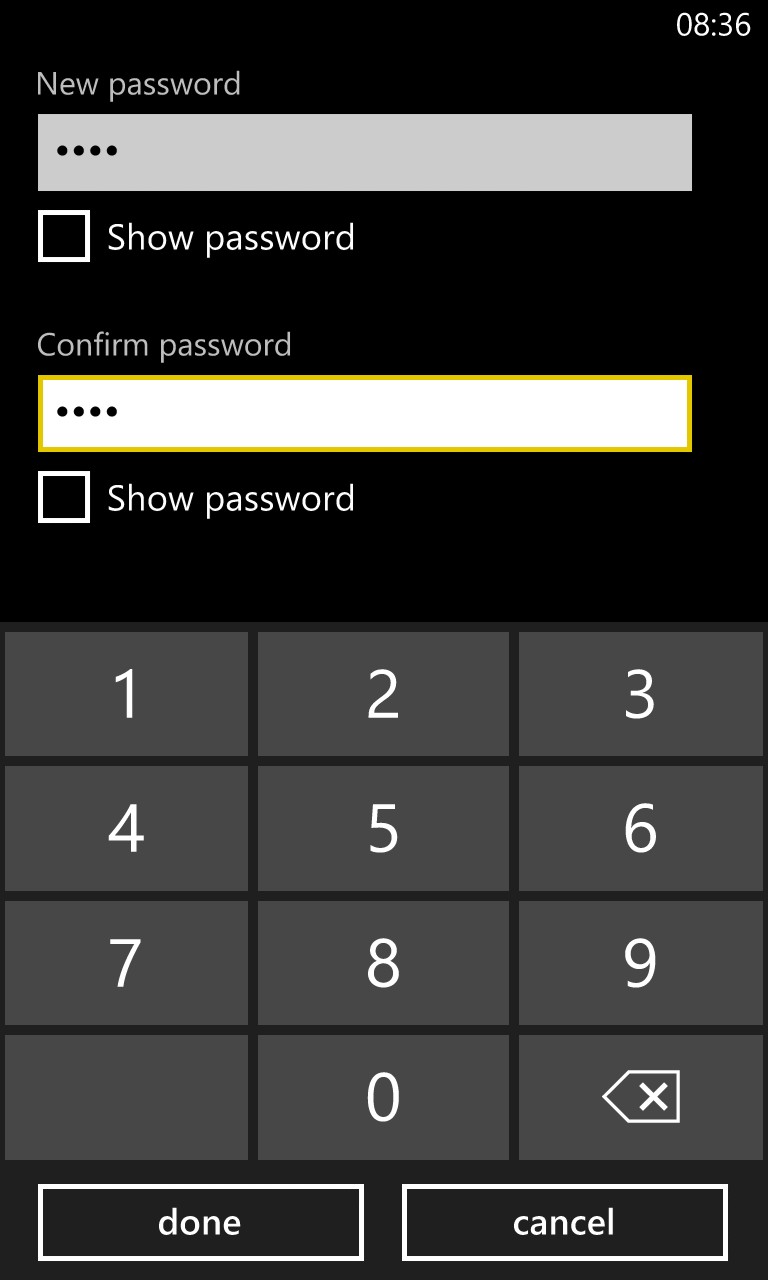 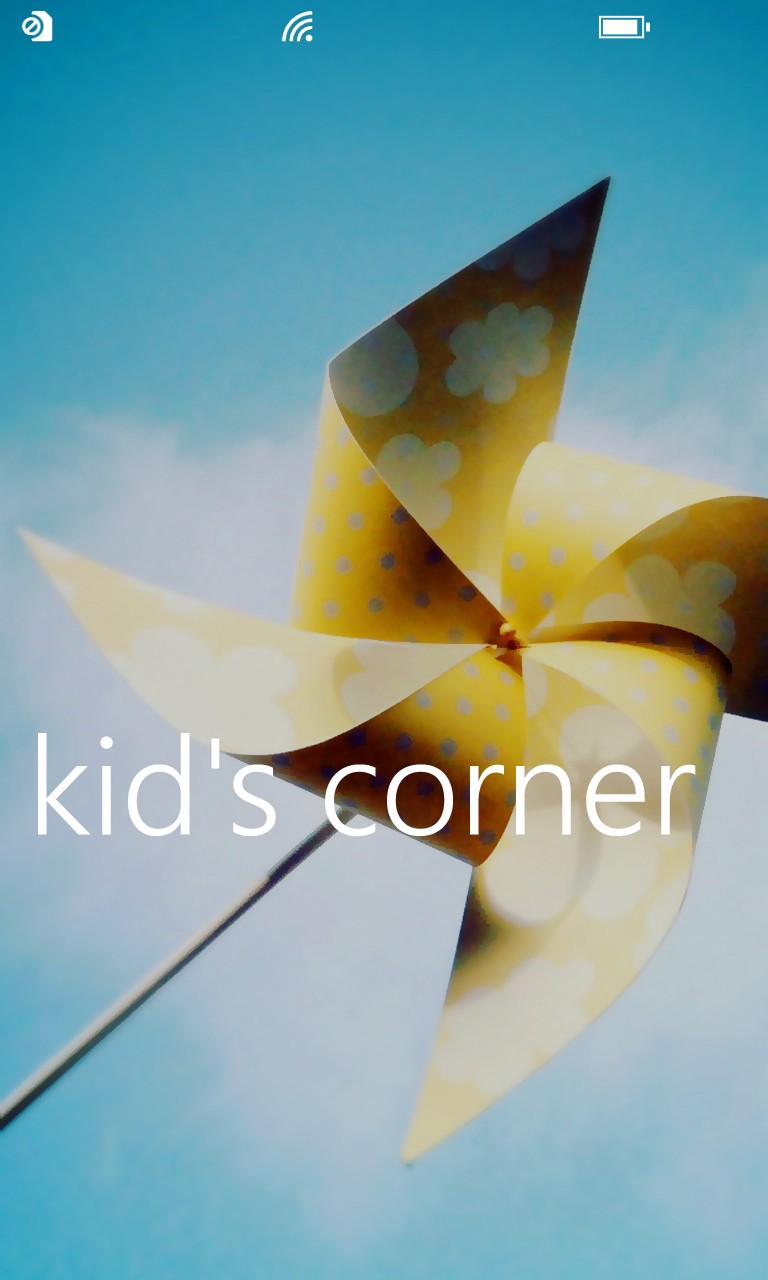 In contrast, the initial Kids Corner wizard's lock screen password setting is applied properly, exempting Kids Corner itself from needing any password entry. So your child presses the phone's power button, swipes left to see the Kids Corner wallpaper (if not already shown) and then swipes up to see their games and fun stuff. No password, no drama. If they try and swipe up on the main phone lockscreen wallpaper, the password is required. Exactly as it should be.

In contrast, if you'd previously played with Kids Corner and had 'skipped' the password section then you've lost your chance for effectiveness here. Set a lock screen password and it's shown for your children as well as for yourself. Yes, it's better than letting your kids explore the main apps and UI freely, but the whole system then becomes rather more hassle-some: 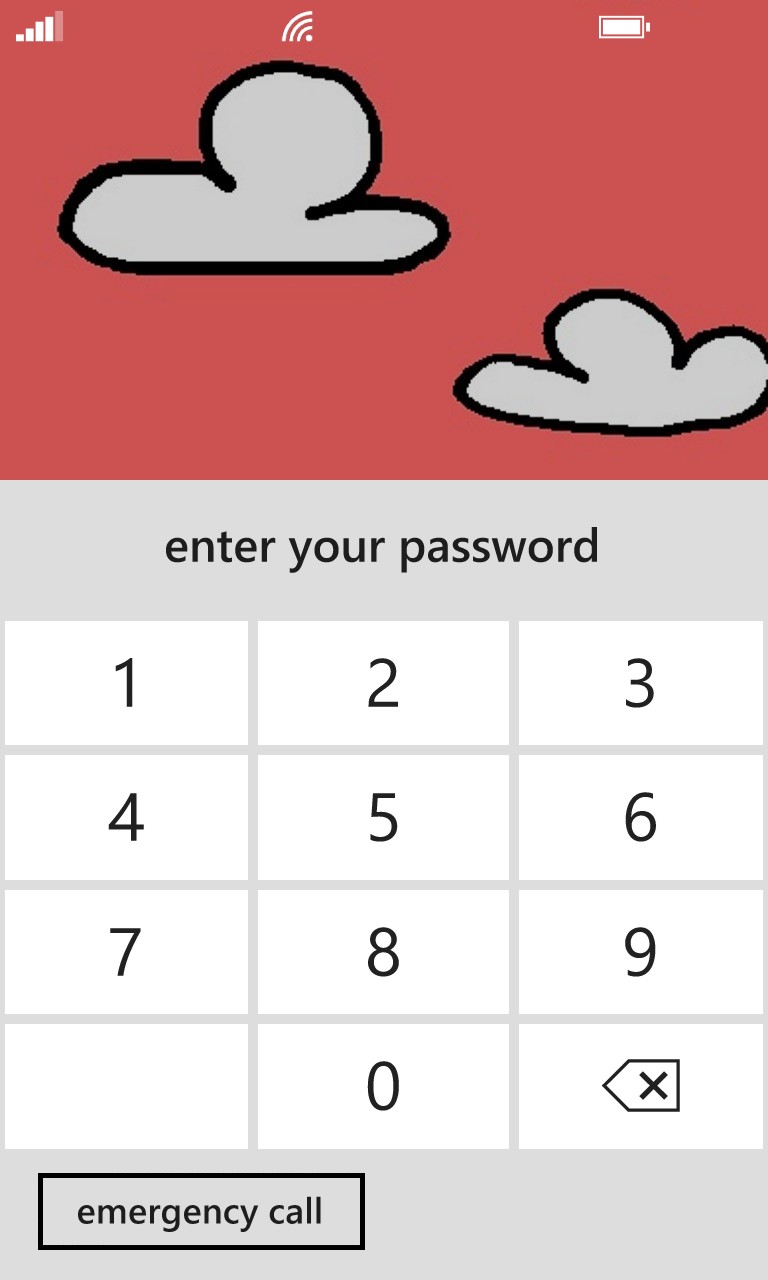 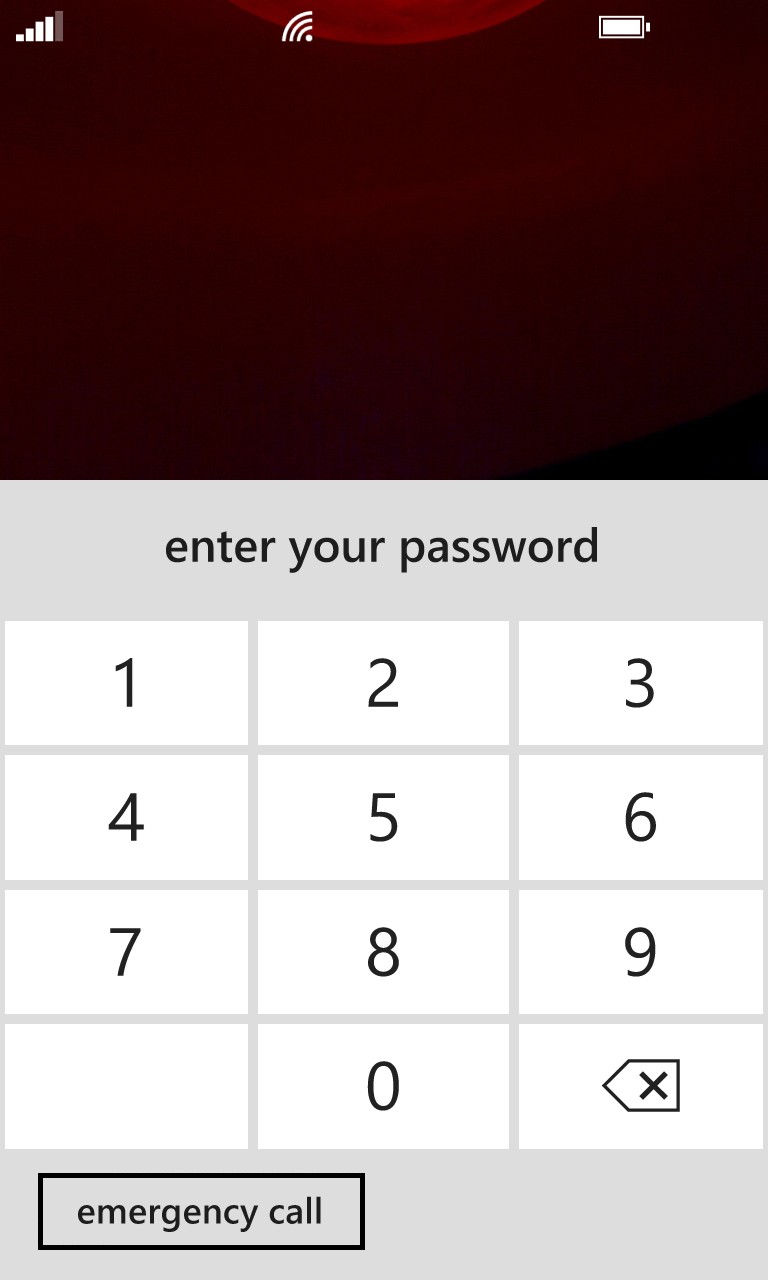 You're not going to tell your kids your password, obviously, which means that you now have to keep re-entering it yourself every single time they hand you the phone back after an accidental power button press.*

* Yes, there's an option to not require the password again within a certain time period, but given that the average three year old can accidentally hit the power button within five seconds of being handed the phone, going down the 'time' route is just not practical.

Prompting the hesitant question: "If I've already set up Kids Corner and 'skipped' the lockscreen password screen, how do I know get the password system working properly again?" Answer: you hard reset the phone and start (everything) again. That this should be necessary is quite clearly a bug in Windows Phone, or, at the very least, something which has been overlooked and not properly tested. That this has been the case right up to (and including) the very latest Windows Phone GDR2 is somewhat disappointing. But at least you know now.

If you can't face resetting and rebuilding your phone then you have to either live with re-entering your password whenever your child powers up the screen again or simply living without lockscreen passwords and keeping an eye on what the child is doing - it's a shame that, having been using the Kids Corner system a few seconds before, the same lock screen isn't then brought up as the default when the screen is powered up again. Something else for Microsoft to fix in a future update, hopefully?

Filed: Home > Features > How to implement Kids Corner effectively on your Windows Phone