How to: Use microSD expansion with Windows Phone

Having explored the storage needed by typical users here, one of the takeaways was that having microSD support in your Windows Phone was 'a very good thing'TM. But what exactly should you put on it and what will happen if you do things wrong? In this feature, I look at how things are, and aren't, supposed to work, plus I cover how to upgrade one card to a higher capacity - seamlessly. 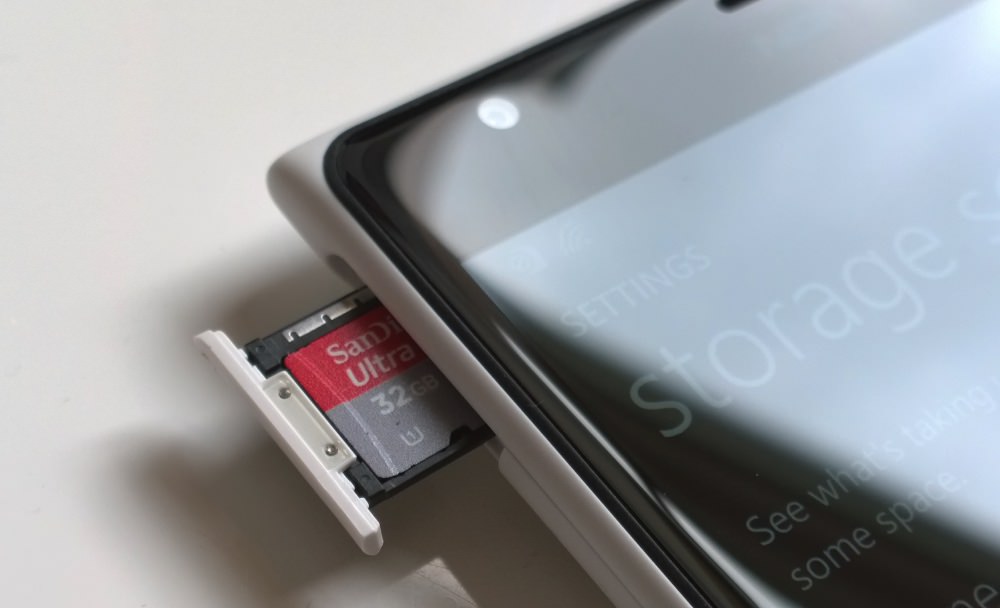 The takeaways from my previous feature were that living with a sealed 32GB internal storage was do-able, with a little management, that the Lumia 830 with 16GB plus microSD was in the ideal position all round, but that work was also needed for the vast majority of Windows Phones, most with 8GB internal disks and microSD expansion. This feature deals with the latter, obviously.

[If you have one of the very few Windows Phones with 4GB internal disk (e.g. HTC 8S) then just give up now. Put it in a drawer and go buy yourself something - anything - decent.]

So, although I'm actually using a Lumia 1520 for these screenshots, let's slum it a little and assume that you have a typical 8GB plus microSD device. What should you and shouldn't you store on each part of your storage, and what are any downsides? In fact, Windows Phone itself helps break down your content into four types: 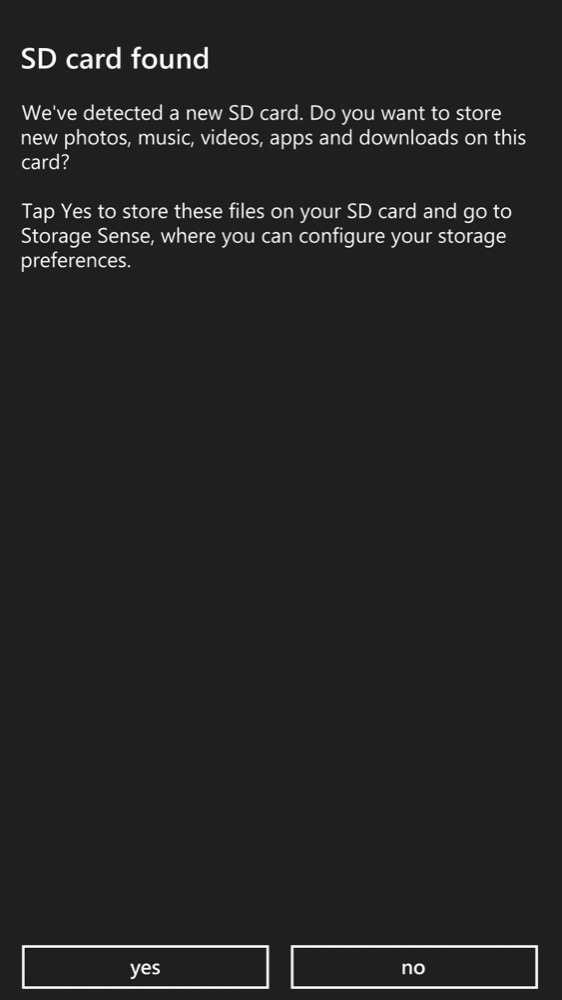 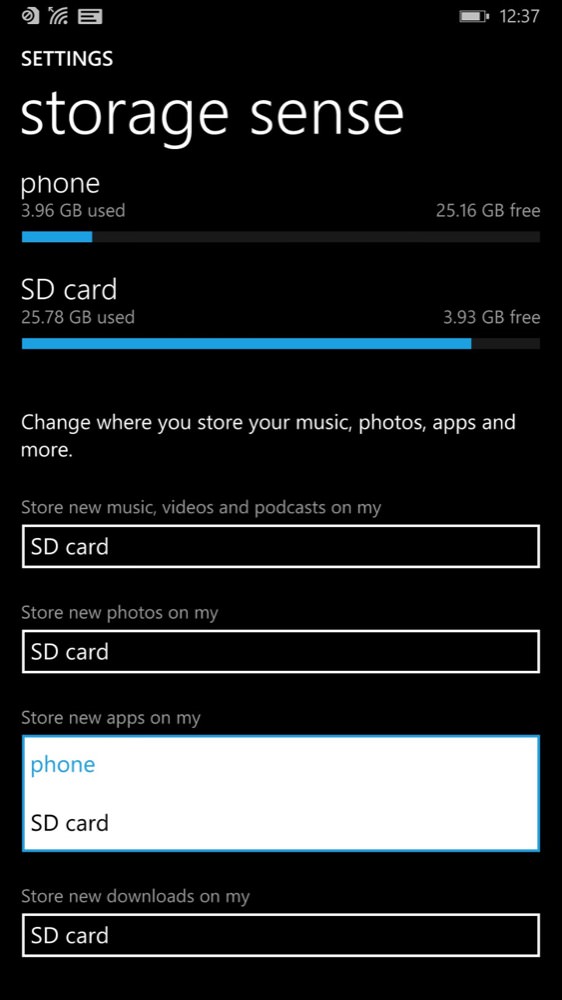 Having detected that you've inserted a microSD card, you're helpfully prompted to start allocating content types to it. The breakdown, as shown above right, is:

When you first insert a microSD card, there's a curious dialog that pops up (below, left) - it turns out that a set of applications on card is locked to a specific phone and that you can't just swap cards around. This is perhaps due to technical restrictions in terms of each phone keeping track of what applications it has installed, but just as much to do with preventing piracy, especially in the budget realm. You can imagine the scene in the school yard: "Hey, Dave, want to swap cards for the week? My card has FIFA and Real Racing (etc.) installed!" 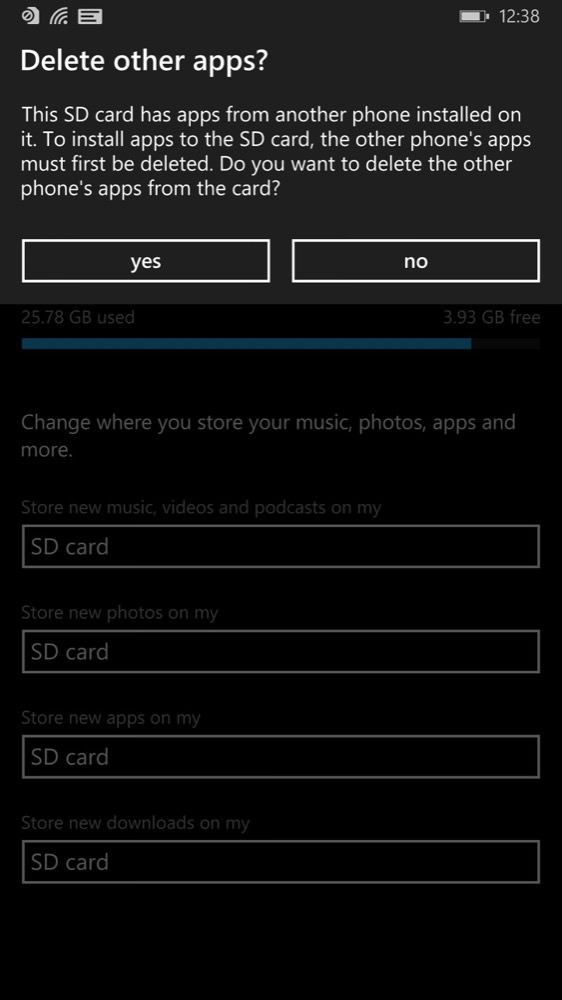 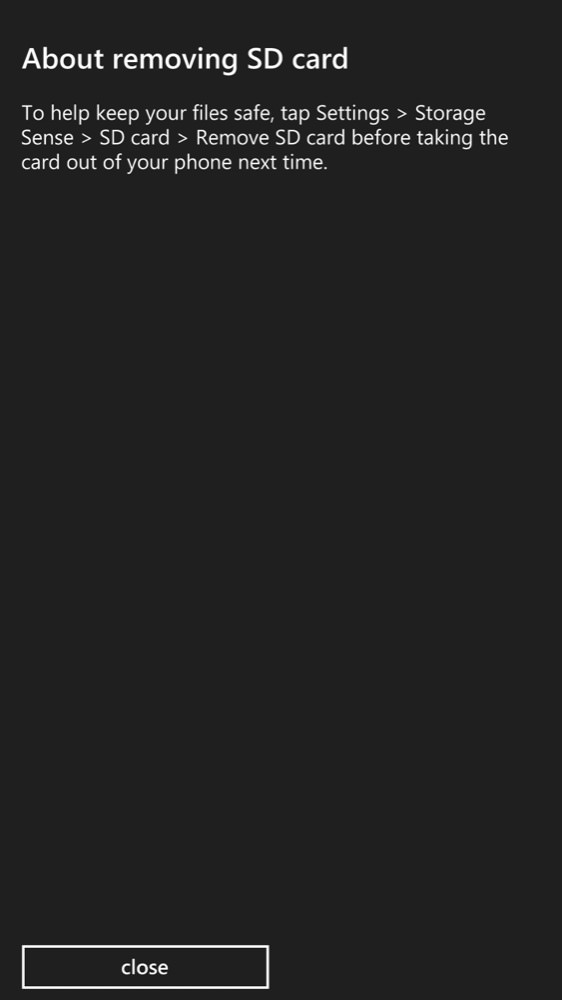 For most users, of course (especially honest ones!), this won't be an issue at all, since you'll own all your own cards and are unlikely to do much card swapping. And if you do then it'll be with the same base smartphone.

The other dialog, shown above right, is critical to note. You can't just remove a microSD from a smartphone. Or indeed a USB memory stick from a laptop - it's the same principle. Operating systems like to keep files open on card, you see, and it's important to 'remove' them in software before physically spring-ejecting them in hardware. Again in Storage Sense, in case you're wondering.

Now in most cases in the computer world, you can get this wrong, i.e. forget about the dismounting of the storage and just yank out the card or stick, and the files will be fine - you have to be quite unlucky to hit a disk corruption of some kind. However, Windows Phone uses microSD rather more intimately than other OS and using the software 'remove' function is absolutely critical.

Above, right is the warning, and it's possible that you may indeed be OK. But, in testing for this feature, I experimented yanking out a card from my 1520 without warning - and immediately hit a problem. With the card out, applications that I'd installed on it were shown as 'unavailable' (shown below, left) - this is to be expected. But, re-inserting the card didn't change the label in the main application. I waited for a while and then tried tapping on it anyway, with the message shown below, right: 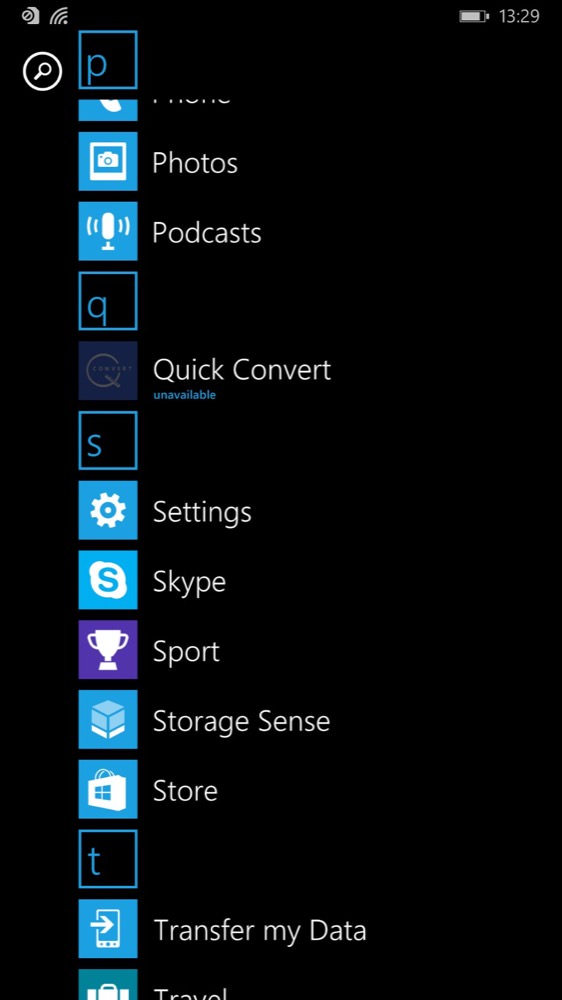 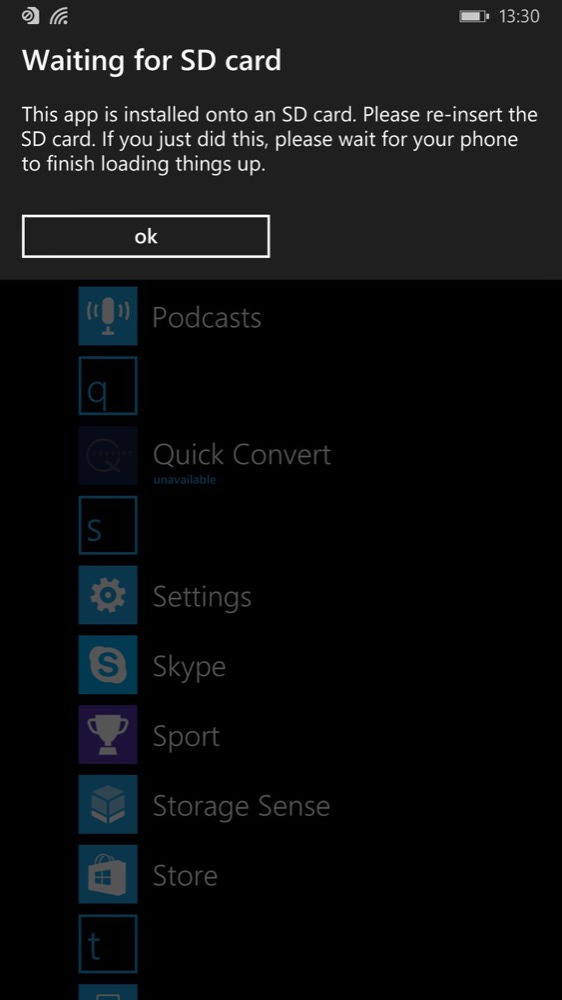 The pop-up implies that, after a while, the OS will rescan the file system and discover that the application is available again, but I waited 24 hours(!) to no avail. I also tried restarting the phone. Again, still shown as 'unavailable'. So it seems as if something about the application's entry in the OS is corrupt, as a result of forcibly removing the microSD without 'removing' it first.

So there we have first hand evidence that you have to handle expansion cards properly. In this case, the cure for regaining use of the application was to long press the entry and choose 'uninstall' - this, thankfully, still worked, and I was able to reinstall it from the Store. But, of course, disk corruption could have been worse, perhaps losing access to other content - you have been warned!

What capacity microSD card should I get?

For most people, I'd suggest a 32GB card as a bare minimum. Don't think for one moment 'That sounds like a lot, I'll never use it!' You will, and when you get over the 50% mark (i.e. 16GB), a few weeks in, you'll thank me. You see, memory cards are now incredibly cheap, a 32GB card is £10 or so, there really is no point whatsoever in getting a 16GB in 2015. In fact, I'd strongly recommend that everyone gets something like this 64GB card, now available for under £20 on Amazon (other suppliers are available, but make sure you get the real thing and not some clone of a big brand!). This 'feels' like the sweet spot in terms of price per Gigabyte nowadays. And it instantly:

All at relatively little cost.

How do I upgrade to a higher capacity microSD?

Good question. Unless you're starting with something trivial (like a 2GB card) then it'll be impractical to do the 'upgrade', i.e. the copying of all the files over, on the phone itself. What you need is a laptop with a SD card slot or a SD-to-USB adapter (also trivially cheap online), plus a microSD-to-SD sleeve (this normally comes with each card). As you might imagine, the upgrade involves:

If that sounds a bit tortuous then it's really not. I'm just spelling things out so that everything goes smoothly for you!

The Windows Phone should, after a few seconds, find all its old files and the only difference will be that Storage Sense tells you that you have a whole heap more free space!

Filed: Home > Features > How to: Use microSD expansion with Windows Phone