How to: Use Microsoft's Windows Phone Mac sync app with Windows 10 Mobile

If you use a Mac and run one of the newest Lumias, the 950 or 950 XL, or if you've updated one of your Insiders Preview devices to the latest OS, 10586 build 63, you may have been annoyed to see that Microsoft's 'Windows Phone' utility in the Mac App Store no longer connects through to the phone. So no music or media syncing, no browsing the phone's contents from a Mac. Except that there's a fix, helpfully suggested by AAWP reader Steve Forbes. So, with thanks to him, I've broken it all down into a tutorial below. Here's how to get Windows 10 Mobile and Macs talking again!

(Windows Phone is the ex-Nokia, then-Microsoft official utility for syncing with Macs here in the App Store. Note that this is currently showing as not available in some regions - anyone know of a reliable non-Store source/disk-image? In the meantime, I've archived the application and its contents here - comments welcome below on whether this works?)

Here's the issue then - hook up a device with the latest Windows 10 Mobile OS and you're left at the 'Connect your phone' page, the Mac just doesn't see the device anymore: 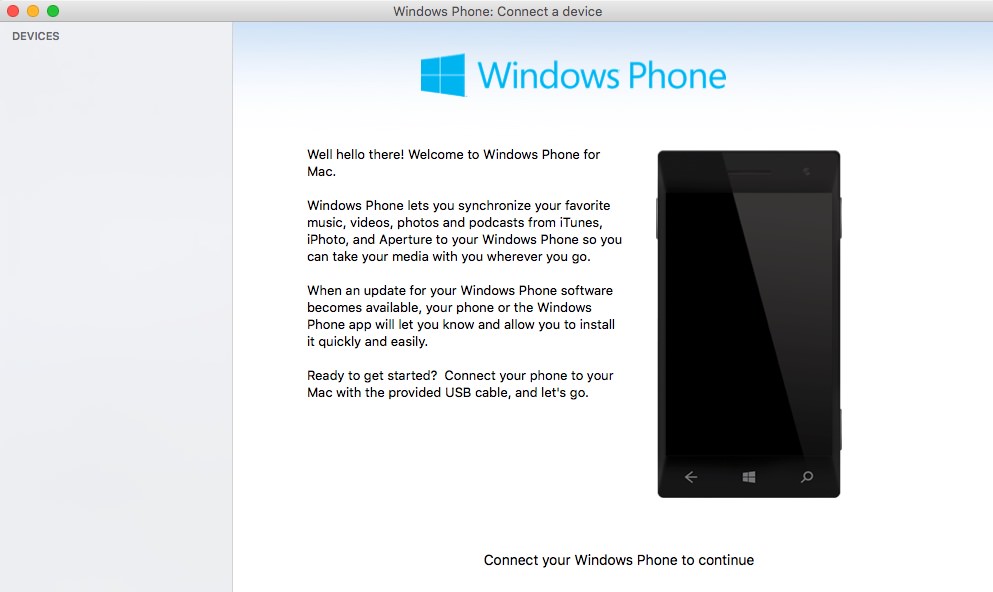 The secret to getting Macs to recognise the new devices and upgraded old devices is to replace the USB connection library files for this application.

Here are the two new USB driver files that Steve Forbes provided needed, just download them both from OneDrive onto your Mac (e.g. the desktop).

1. Head into Finder and Applications and then find 'Windows Phone', down at the bottom of the alphabetical list. Right/ctrl-click on this and choose 'Show Package Contents': 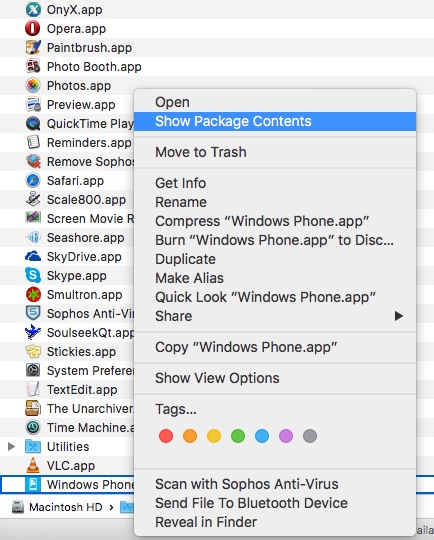 2. Now navigate down the folders and into the 'Frameworks' folder:

3. Now copy/drag the two new files that you downloaded (e.g. from the Desktop or Downloads) into the Frameworks folder: 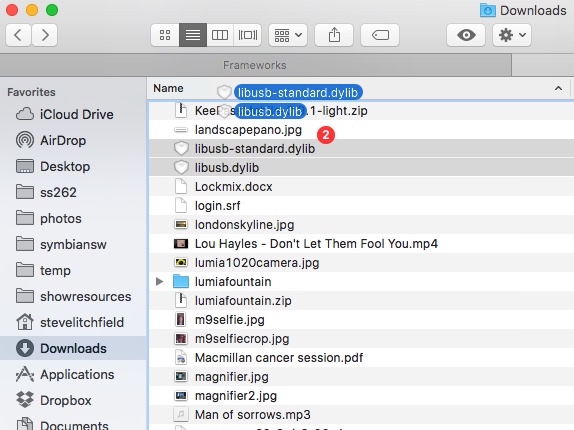 4. You'll be asked to provided a password, since you're changing files in a system folder, so authenticate in the usual way (e.g. put in your Mac password) and you'll be prompted to 'Replace' the existing library files. You can do this quite happily, not least because the old connection library files weren't working at all, so you've nothing to lose(!):

You'll end up with three files in the Frameworks folder. The old MTP dynamic library, a new version of the USB file and a new 'USB-standard' library file:

5. Reboot your Mac so that the new modules are loaded.

6. Start the Windows Phone utility in the usual way and then connect up a Lumia 950 or 950 XL - or a (build 63-onwards) Windows 10 Mobile Insiders Preview device. It should now be recognised in the same was Lumias used to be - phew! 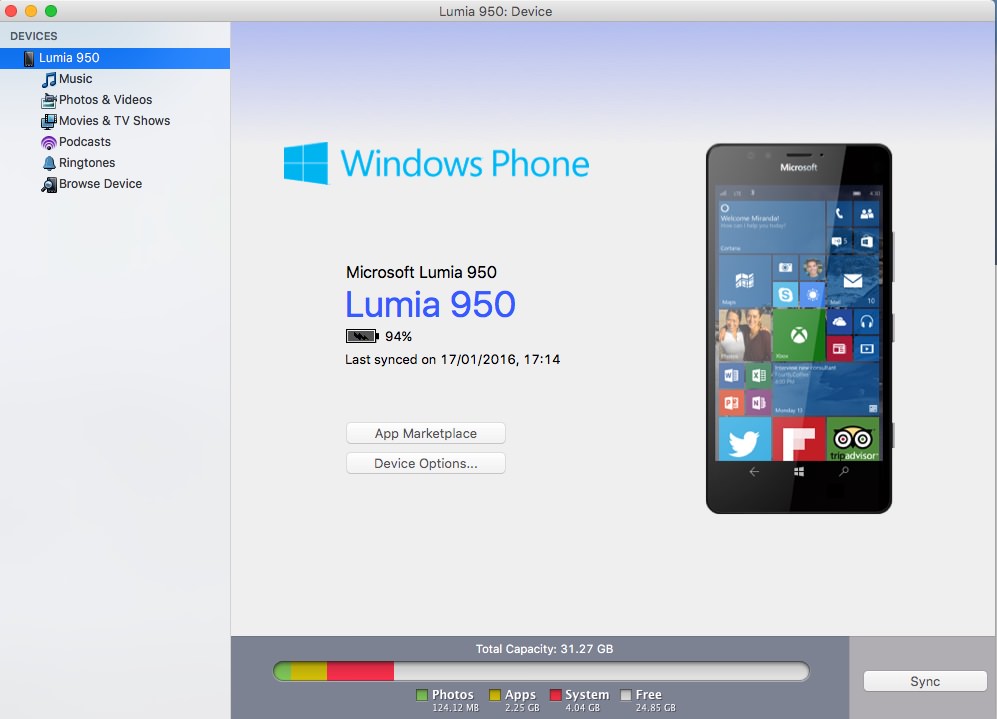 You'll know what to do from here, of course. For each media type on your Mac, select what you want transferred and then hit the 'Sync' button. As a bonus, new photos and videos on the Lumia also get transferred back across onto the Mac and imported in Photos.

Hopefully this will help an awful lot of Mac owners.