How to: Speed up the Word Flow keyboard to WP8.1 levels

One of the niggling complaints with Windows 10 Mobile has been that text entry is almost imperceptibly slower and laggy compared to Windows Phone 8.1 - especially evident on devices which started on the latter. However, there's a hidden setting that lets you revert Word Flow to its previous (8.1) speed, removing a layer of 'intelligence' which was slowing it down.

It may be that you've not had a problem with Microsoft's Word Flow keyboard, either with direct taps on the virtual keyboard or using the 'swipe' gestures to trace out words. But, if like me, you've often found yourself muttering 'this used to be faster three years ago' (anyone remember the world record?) then this simple setting switch is well worth a try. 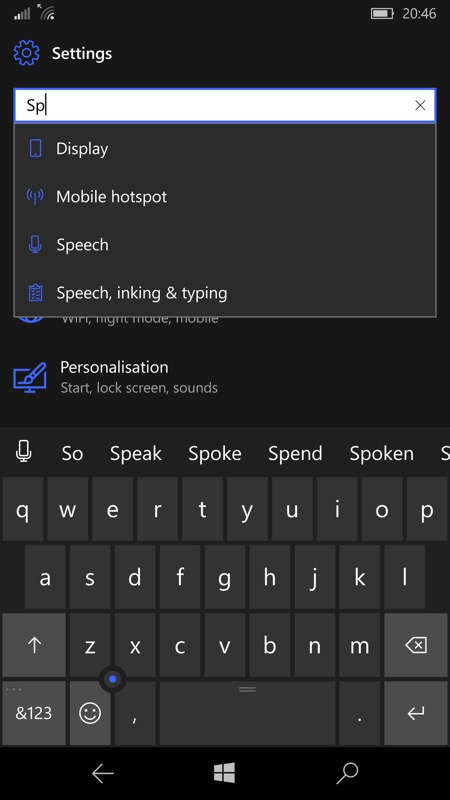 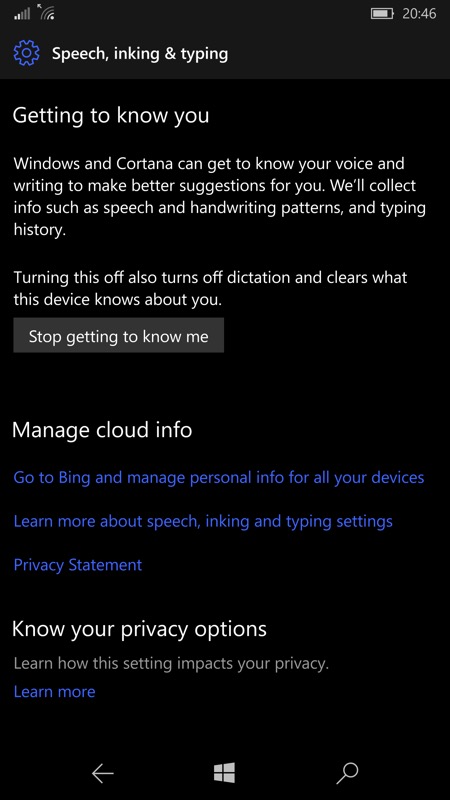 The trick is to find the setting in the first place, since it's not (as far as I can see) in the main Settings hierarchy - it's quite literally hidden, at least on Mobile. Type in the first few letters, 'sp', as here, and you'll see 'Speech, inking & typing' pop up. Tap on this to see the button shown above, right. 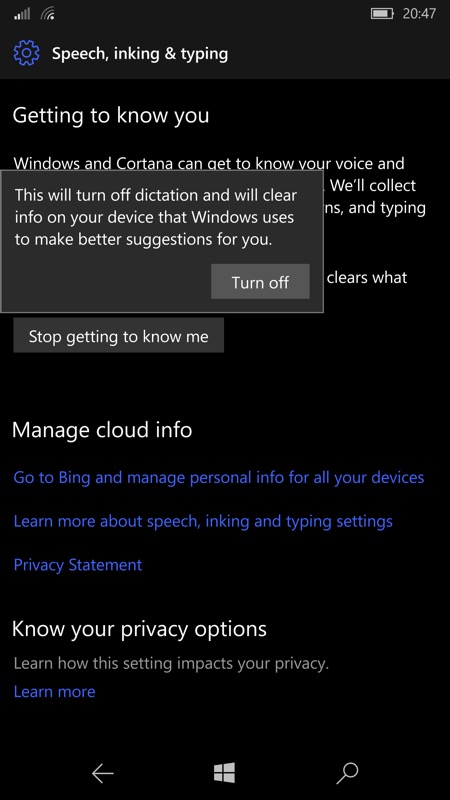 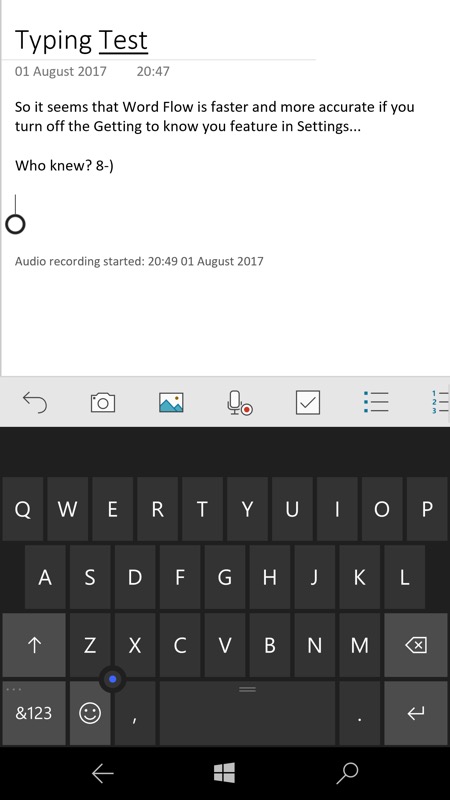 Tap the button - as the warning suggests, this disables the 'dictate' button on the keyboard (this never worked well for me under W10M anyway) and also disables any 'learning' from your entered words; (right) Happily, the absence of the 'learning' layer in the text entry software means that the Word Flow keyboard can be noticeably faster, both for taps and gestures.

Let us know how you get on after flipping this switch, on your device and set-up. Is it significantly faster? Do you miss any 'learning' (I didn't), and do you miss the 'dictation' control (ditto)?

Filed: Home > Features > How to: Speed up the Word Flow keyboard to WP8.1 levels