Replacing/merging parts on your Lumia 950

Obviously, the Lumia 950 (and 950 XL) have replaceable batteries and these are trivial to physically replace (if not finding a 100% genuine source), but what about other components? It turns out that almost everything is very easily accessible, whether you're replacing an individual parts or merging two 'donor' broken 950s to make one working unit. In fact, this latter approach often works out simpler and cheaper, with Lumia 950s available on the likes of eBay at very low cost. 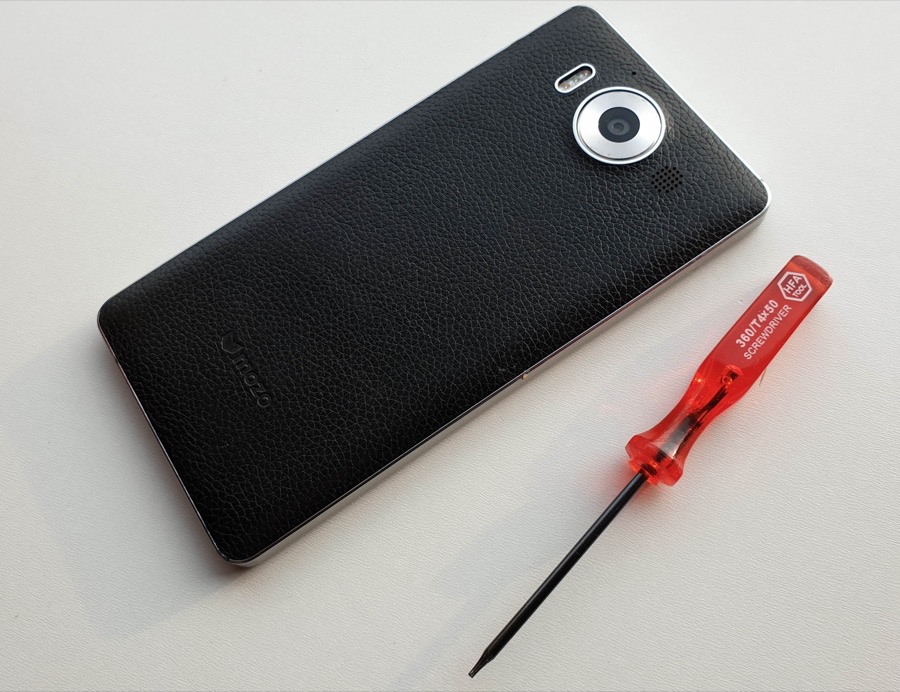 All you need is a Torx T4 screwdriver and a plastic 'spudger', available in many places online (e.g. here) at negligible cost.

Remove the Lumia's back with your fingernail in the usual way and you'll see 12 identical T4 screws - remove them all and keep them safe in a plastic tray or container. 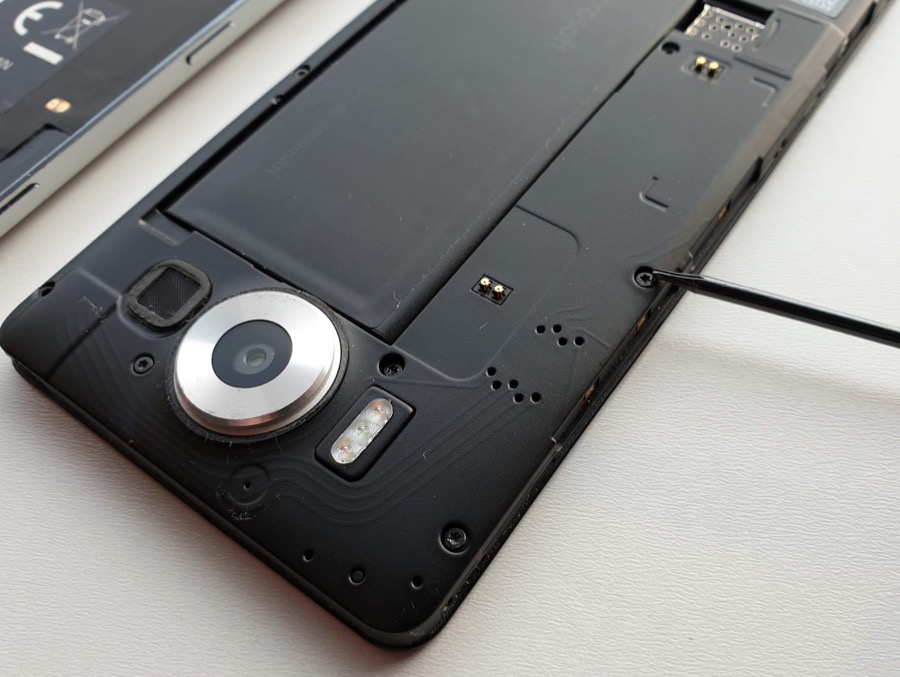 With all screws removed, the mid-frame comes away easily. Note that this contains the speaker, which just pops out. I've not heard of a Lumia speaker blowing, but you never know. Anyway, it's easy to replace. Ditto the triple LED flash, which is also just a push fit into the mid-frame.

On the phone body, there are four flexi-cables plugged into push-fit connectors on the motherboard: 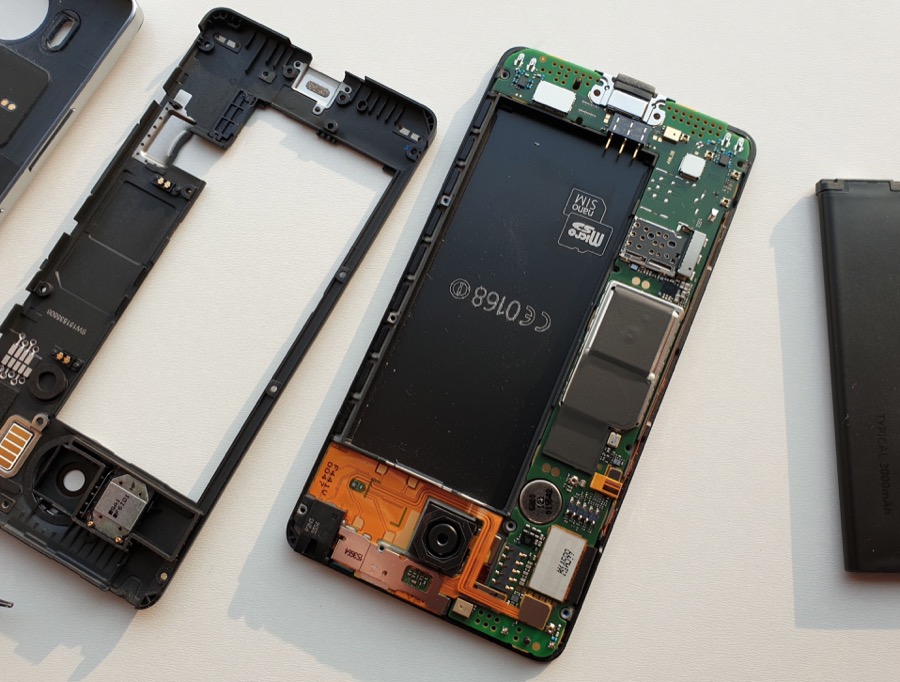 These four connectors can all be easily prised up with your plastic 'spudger' (or a good fingernail): 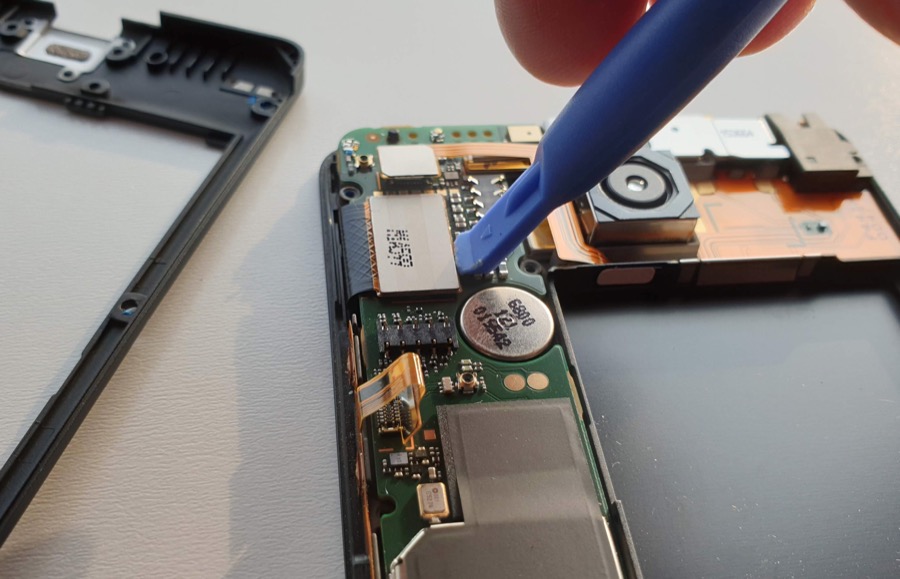 With all four cables up and out of the way, the motherboard comes away, along with the 950's main camera: 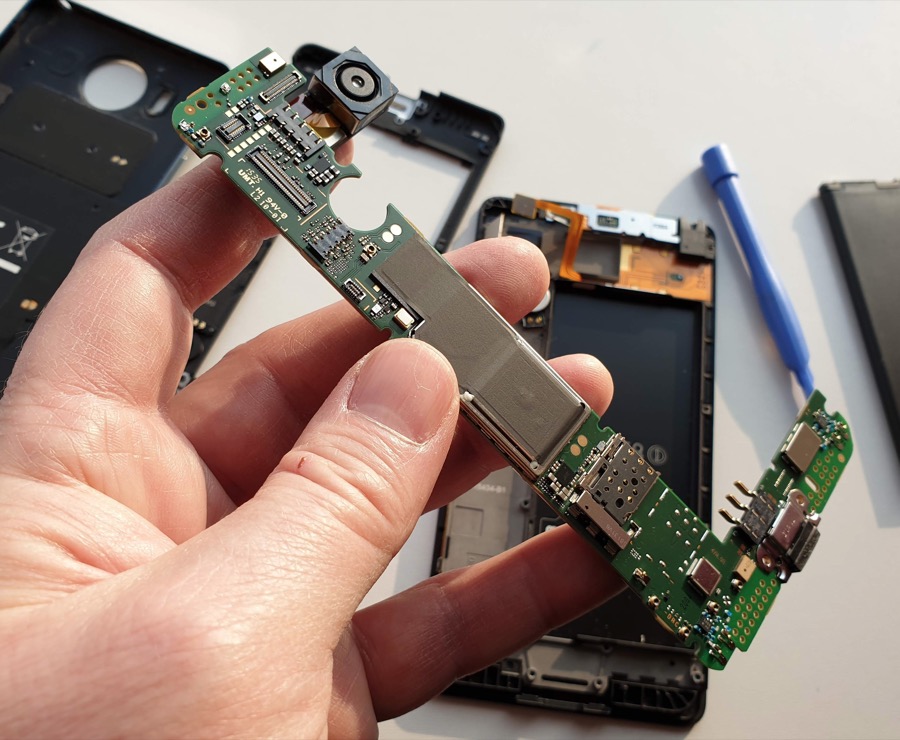 The camera module is plugged into another push-fit connector on the notherboard's underside, so this is easy to replace too: 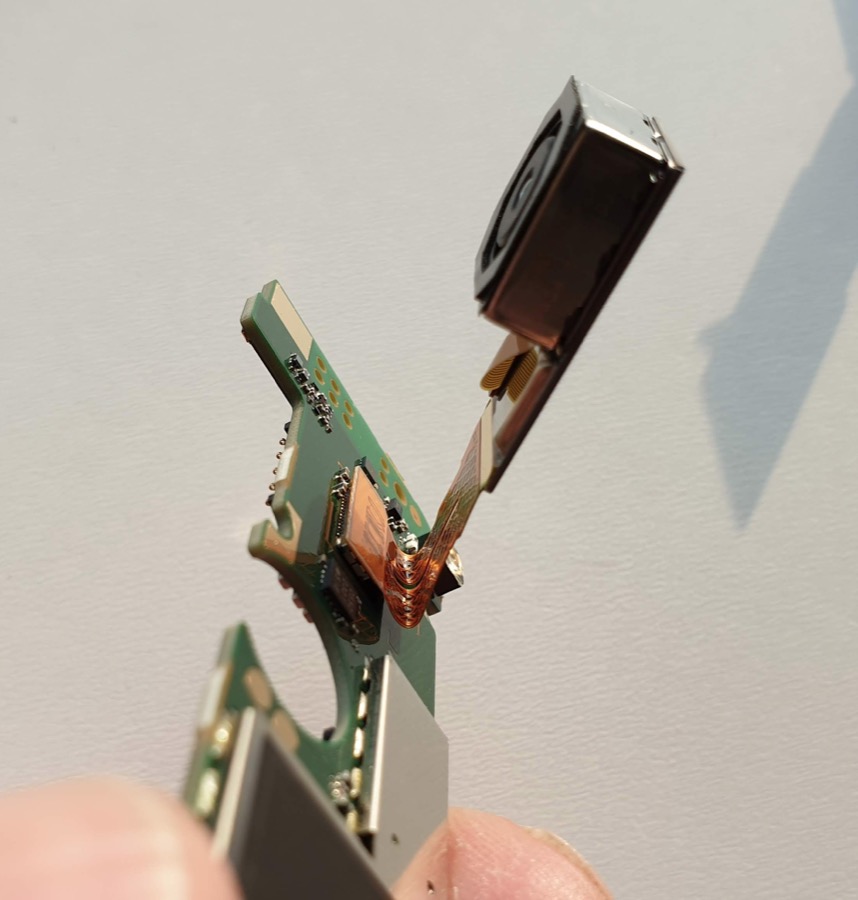 Down the motherboard's bottom, note that the Type C connector (bracing) outer shell and dust cover come away, but the connector itself is soldered to the board, so this isn't a viable user replacement: 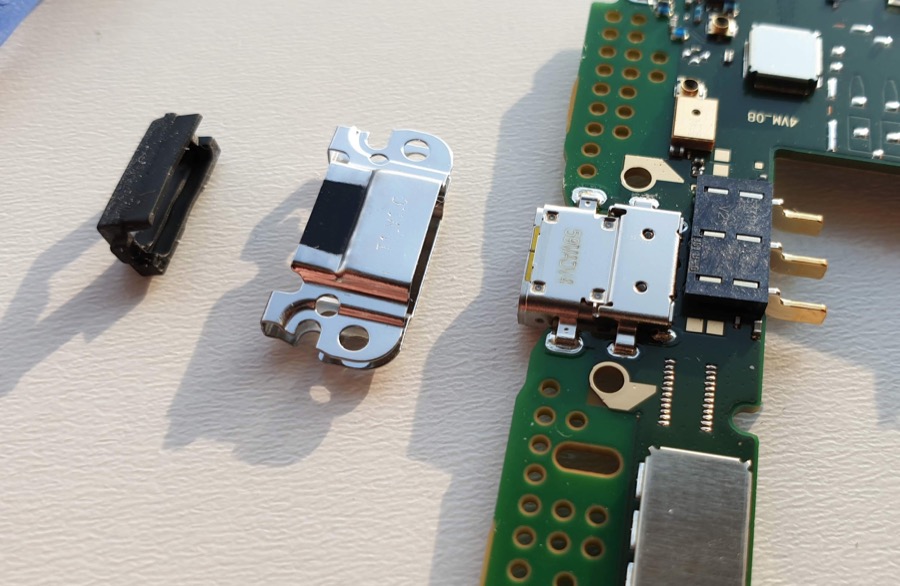 One of the most likely replacements/mergers is to deal with a cracked display. On the back of the removed screen here are several things that you might need or want to swap out, but they're a tight fit and need more force and fiddling than I'd recommend unless the screen is damaged already and so you've nothing to lose. The earpiece assembly and circuitry looks as if it will pop out with enough perseverance but I chickened out, seeing as this is my only 950! 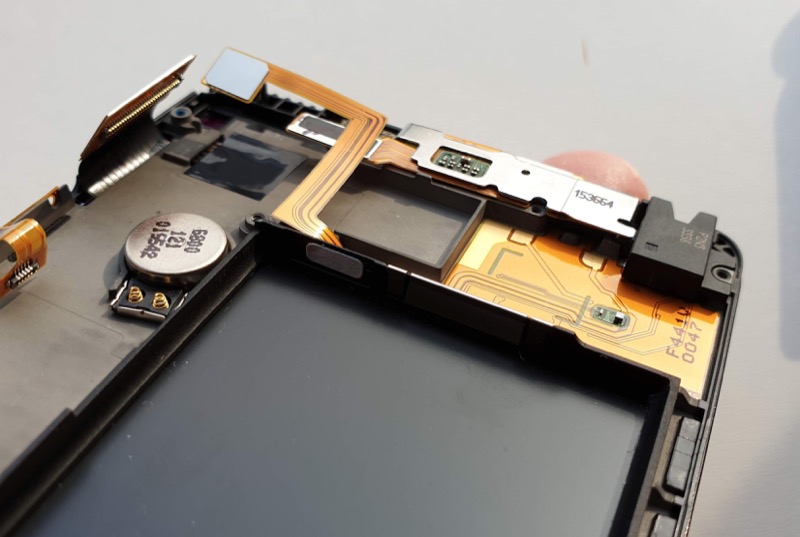 In short, I'd say that taking two damaged (in different ways) Lumia 950s and merging them to create a working unit is an easy job - perhaps just ten minutes with a steady hand. Yay(!) for phones held together just by screws and no glue to contend with!