Exploring the Surface Duo 2's Android 11 interface... on your PC or Mac

My time with the new Microsoft Surface Duo 2 was short, only a week (do go and read the review), but the freshness of a two-screened interface on top of Android still remains in my mind. And, with a couple of fairly substantial caveats, you can play with the concept yourself on any decent PC or Mac, thanks to Microsoft's Surface Duo 2 emulator. Being upfront, the caveats are that you need a very powerful PC for the UI to approach actual phone speeds, and that the emulator doesn't include the Google Play Store or Google Play Services, so you haven't got the full Duo 2 experience.

Although there's nothing from Google included out of the 'box' other than the base Android OS, there's still plenty you can have fun with. Many 'apk's (application installer packages) work (e.g. from apkmirror), though the majority don't needing Play Services. I did also try the Amazon App Store, which installs itself OK, but little of its content is ultimately accepted by the Surface Duo 2 emulator.

Note that I was actually using a Mac here, which is fully supported, though given Microsoft's heritage I suspect that they'd like you to be using a Windows 10 PC - and it's all certainly a little easier to get going on the latter.

Pressing on though, you'll need to start at Microsoft's Surface Duo emulator page here. There's Google's Android Studio to download first, which puts the Android SDK and basic/standard emulator on your desktop. You then install this, making sure the right components are included (they are by default) - I won't go into further detail here, since if you can't make your way through the instructions at this stage then perhaps you shouldn't be fiddling with emulators and SDKs. Seriously. 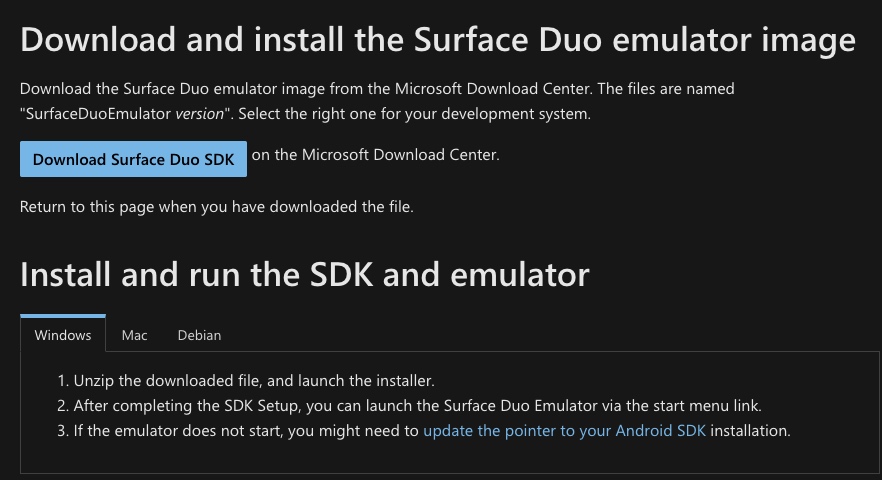 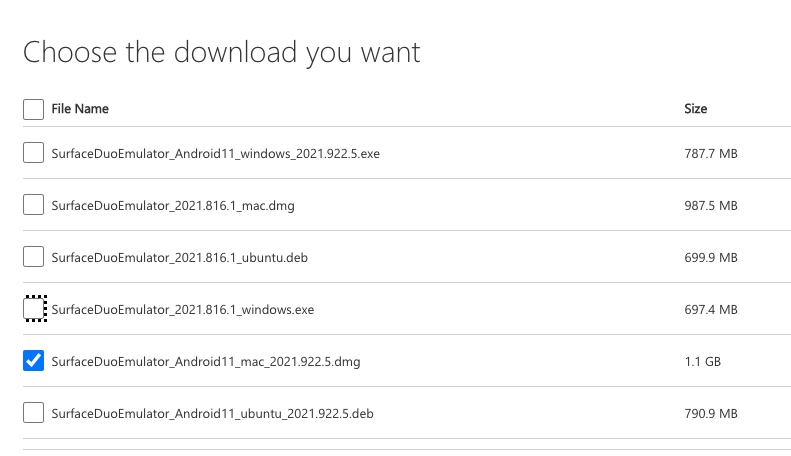 Under Windows you should now be able to start the emulator from the Start menu, while you have to get down to Terminal level and enter a command on the Mac (I said things might get geeky). However, before you get going, it's vitally important to clear as much RAM as possible on your desktop. On my 8GB RAM Mac, it means quitting the Chrome browser before starting the emulator, otherwise things start to get very slow indeed. As a rule of thumb, the Surace Duo 2 emulator will need about 4GB of RAM to itself, not surprising as it's largely running the same code as on the physical phone, where it also uses 4GB or so to get booted and going. 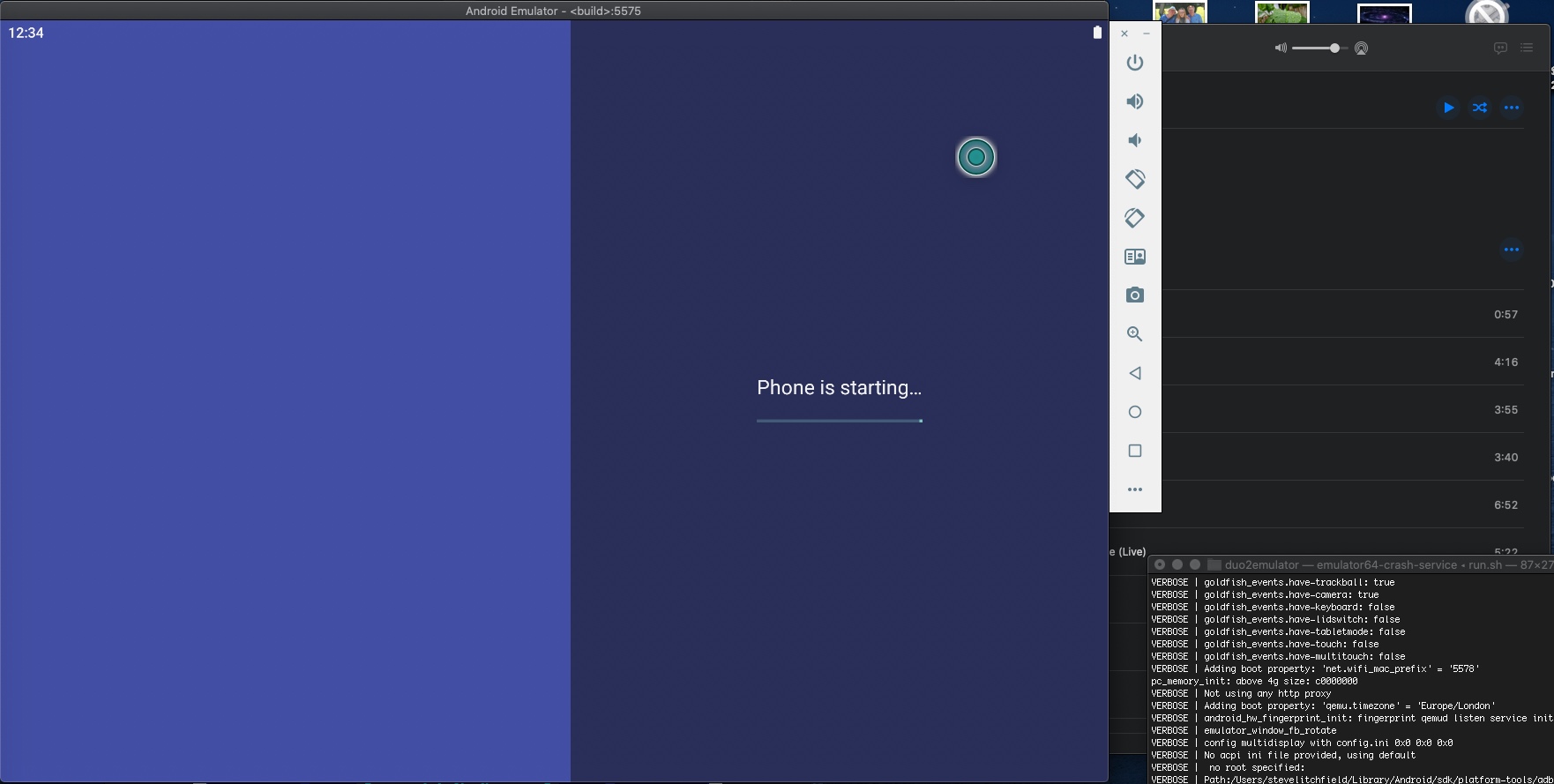 Once booted, you can set things up more or less as you would the actual Surface Duo 2, Google apps and services aside. The right hand control panel gives access to things you'd do on the device, such as rotating it, using a navigation control or a volume button. So, below I've made a start with homescreens and adding some applications to my app drawer. 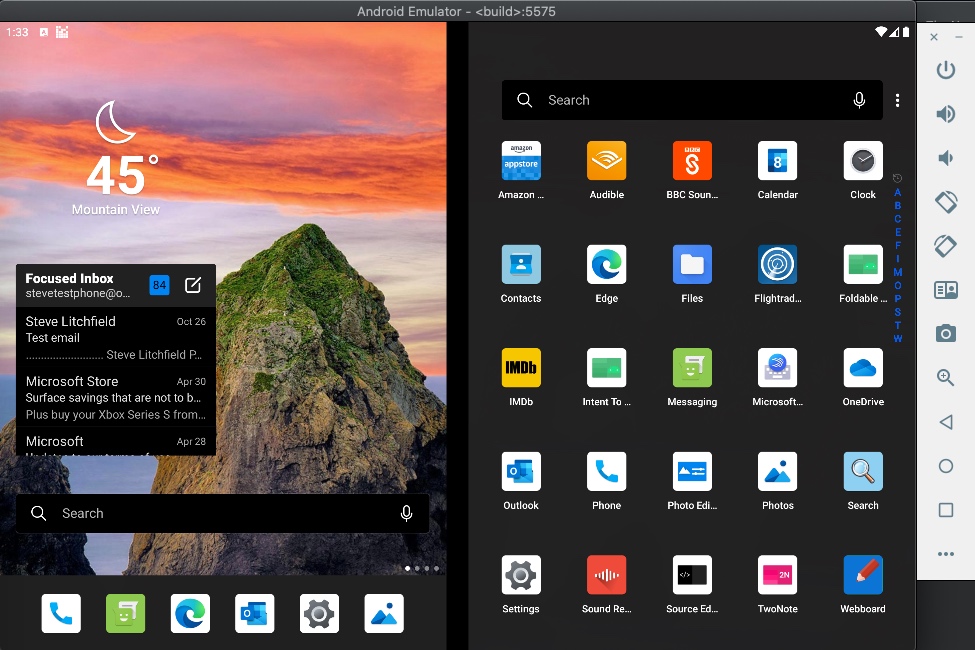 Note that the emulator environment saves your set-up as part of its close-down routines, so you don't have to do things more than once - unless you really need to start from scratch for some development reason.

The main thing to play with on the Duo or Duo 2 is, of course, the spanning gesture, dragging up from the white line to 'drop' the application's thumbnail within the hinge area, which works using your mouse or touchscreen here. Applications will either: 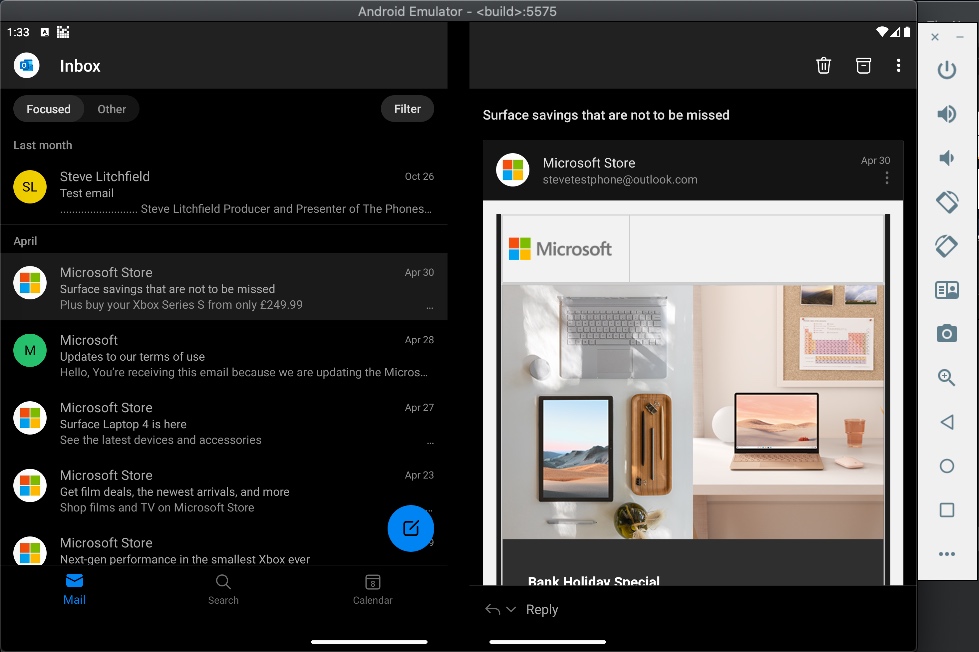 You'll soon get the idea.

And, thanks to the mimicking of device rotation, you can move the virtual Duo 2 into 'laptop' (or just 'vertical') mode, as shown below. In standard use, Photos here (actually part of OneDrive) intelligently puts up thumbnails on the left and then photo detail on the right screen. Very neat: 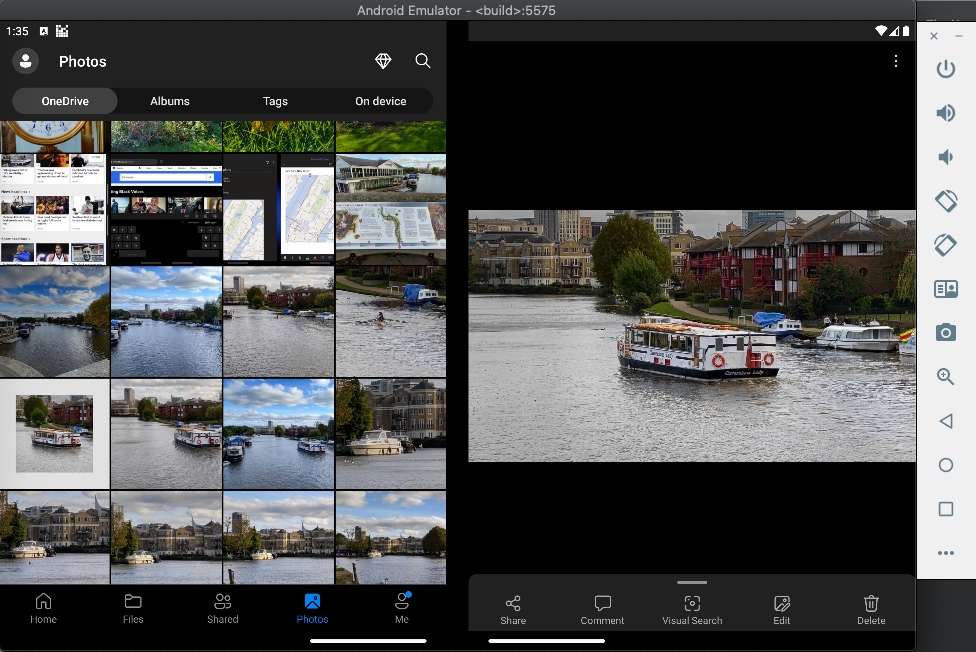 Then, by (virtually) rotating the (virtual!) Duo 2, the UI becomes one giant tablet, arranged in portrait mode and now the screens are used as one big canvas - so tapping through to a photo would bring it up across the two screens and then you'd have to use the back gesture or control to return to the thumbnails, etc. 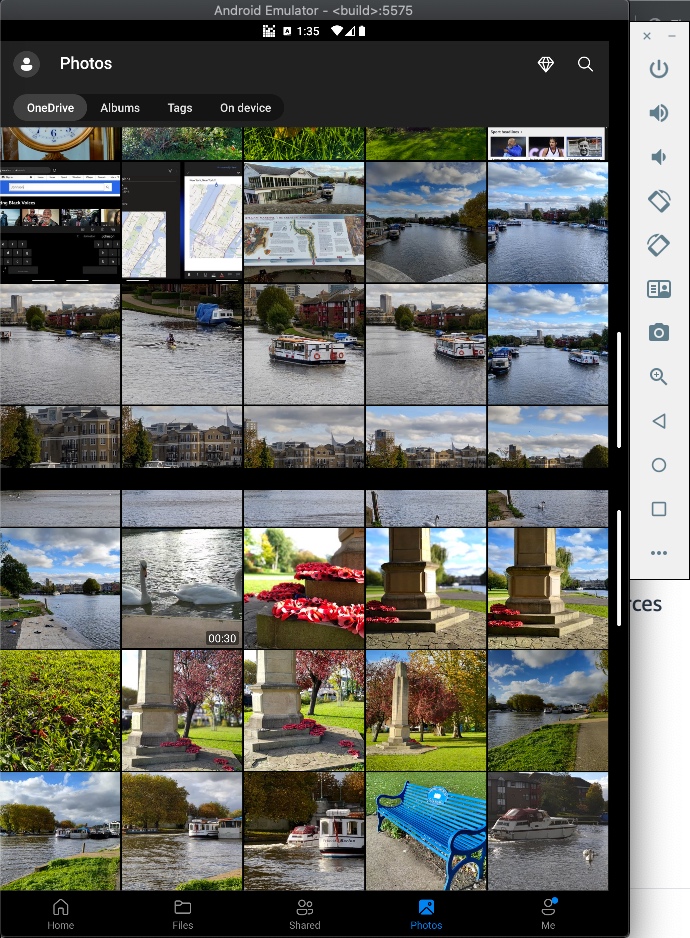 Playing with all this is good fun, if not exactly quick - the emulator runs at about 1/20th the speed of the actual device on my Mac. Which sounds dreadful, but the real device is very fast - in practice, the emulator just requires a bit of patience. But if you do go down this slight rabbit hole then it's a valid way to get a feel for what Microsoft's vision for smart devices is. I do realise that the Windows running (and larger) Surface Neo never appeared, but the Duo is now quite well known and a respected form factor (if not big selling, thanks to ridiculous pricing from Microsoft).

Comments welcome if you try all this. And also if you really, really geeky, and manage to hack on Google Play Services - apparently it's possible, but it was way over my head!