All About 'Wifi 6E' - and what supports it

Having to confess that I hadn't even heard of Wifi '6E' until last week, I resolved to investigate on behalf of the All About sites and report back. It turns out that Wifi 6E is both very new and yet established, both at the same time. But it's significant in the way it opens up more spectrum and bandwidth to overworked home and office Wifi networks - and that's got to be a good thing.

Wifi has always been confusing, of course. First there's the '801.11' string of numbers, seemingly arcane but referring to the original IEEE standard number for wireless communications. Though having the number repeated everywhere is just clumsy. Then there are seemingly arbitrary letters, 'b' followed by 'a', which makes no sense, then 'g', 'n', right up to 'ax'. And finally we have Wifi '6E', which is known as 'ax', just as Wifi 6 was. What's going on?

A table should help here, as should the new naming scheme, adopted by the industry over the last few years:

Of course, there are a mountain of protocol subtleties and improvements, so if you're interested then do read the full Wikipedia page.

WiFi 6 is capable of handling speeds up to 9.6Gbps, about three times the maximum theoretical speed limit of WiFi 5 (802.11ac), but the bands it uses are very busy in the modern world. WiFi '6E' is Wifi 6 that's 'E'xtended into the 6GHz band, which is far less congested than 2.4 and 5GHz. WiFi 6E has seven additional 160MHz 'channels', working out to an extra 1.2GHz of spectrum.

Aside from the frequencies used, Wifi 6E uses essentially the same tricks as Wifi 6, to get higher throughput and higher efficiency, delivering data simultaneously to up to 8 devices, rather than having to take it in turns servicing connected devices (as with Wifi 4 and before). Plus Target wake time (TWT), introduced in WiFi 6, introduced battery savings for all connected devices by them communicating key wake and sleep times.

Note that everything's always backwards compatible, so any router supporting Wifi 6E will also support 2.4GHz and 5GHz, plus will support legacy Wifi 5 and 4 (and so on) devices.

Smartphones that support Wifi 6E and the 6GHz band currently (January 2022) comprise (in no particular order):

Significantly, the iPhone 13 range doesn't support 6E, but I'm certain 2022's iPhone 14 range will. As, no doubt, will half a dozen other flagships released through the year. For most of these devices, 6E will just come with the chipset chosen, though of course there needs to be some tuning of the various antennae around the handset to suit.

Of course, to go with a Wifi 6E-compatible phone, you'll also need a router with 6E and it will take a while for ISP-provided 'free' routers to support this. There are several third party routers with 6E though (here's a recent list from AndroidCentral), if you're happy to shop around (they're expensive - many hundreds of pounds/dollars) and also configure the routers yourself. Note that you can still get some speed benefits with an older 5GHz router and a 6E-compatible phone, since there are still 160MHz channels. 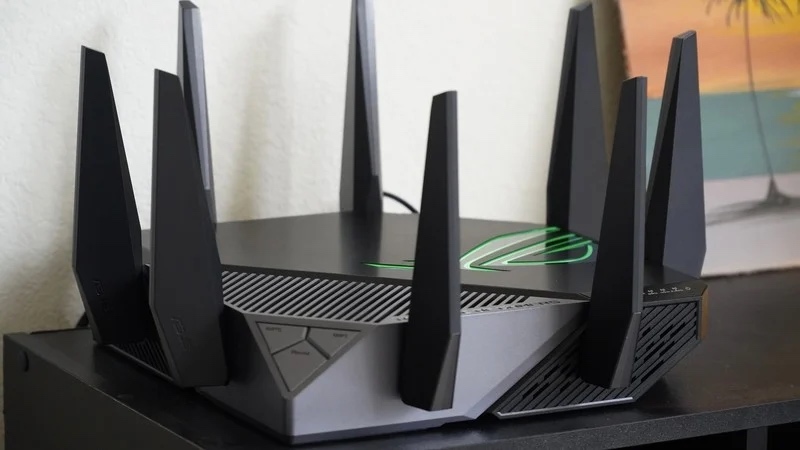 Of course, exactly how you can see maximum speeds in real world phone-hosted applications is debatable. The biggest takeaway is that as Wifi 6E rolls out through installed hardware over the next few years, Wifi congestion will ease in homes and offices, with local buffering a thing of the past and latency brought down for smoother gaming.

Filed: Home > Features > All About 'Wifi 6E' - and what supports it