Microsoft has announced that an Xbox Companion app, designed to help you find, learn more about and control content on your Xbox from your Windows Phone device. The first look at the app came as Microsoft announced a raft of content partners for Xbox, aimed at increasing the amount of content available through Xbox as part of Microsoft's strategy of positioning the Xbox as a living room entertainment hub.

The app has three key use cases as described by the Windows Phone Blog:

The app can be seen in action at around the one minute mark of this video.

The Xbox Companion app is described as 'coming soon' and will be available for free from the Windows Phone marketplace. 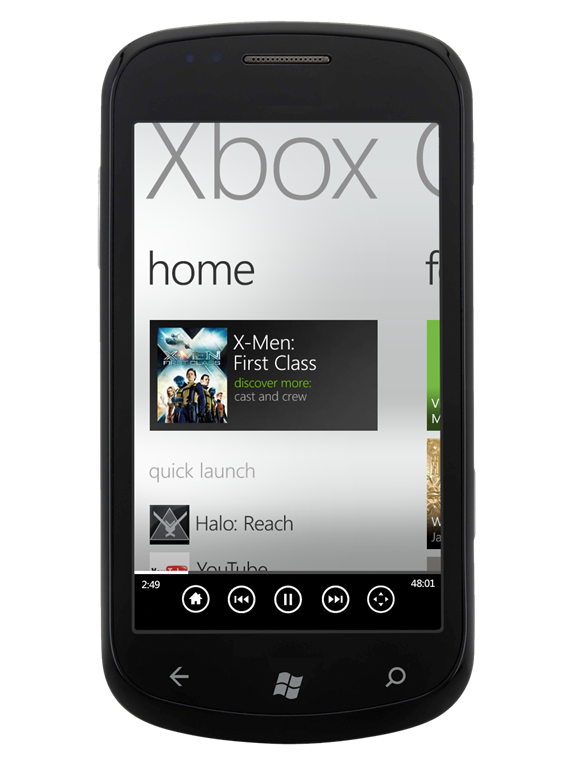