In a move that's less surprising after the Xbox Live news, Microsoft have released a mobile phone client for their cloud storage system, Skydrve. Available for Windows Phone (naturally) and also available for iOS devices, you can manipulate your files, upload, download, and generally work with the extra storage space offered to you.

The app is not specifically tied to the Windows Live acount your phone is registered to, but whichever account you feel the need to access - and it's a simple matter to sign in or out as required. 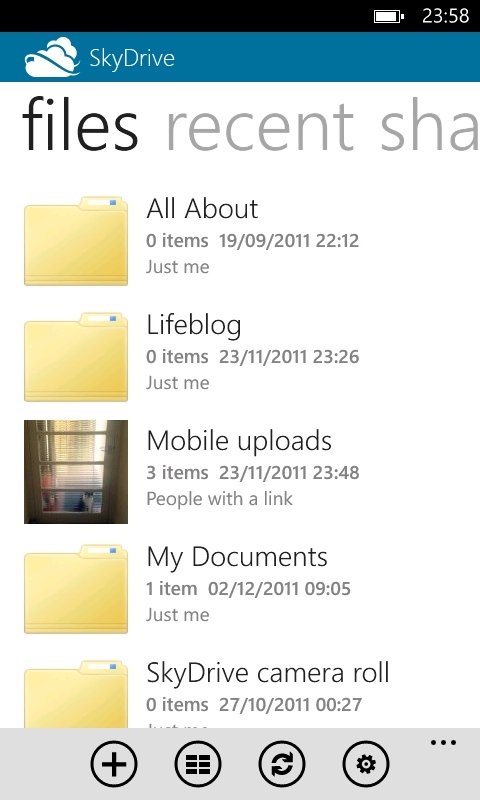 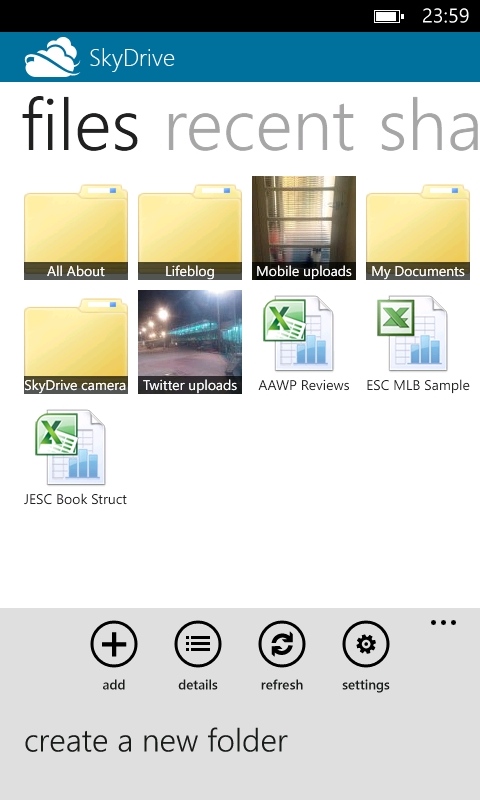 From the Windows Phone Blog:

Even with all that we’ve done to integrate SkyDrive into Windows Phone, we still have more to do. In talking with SkyDrive power users, we found that many still want the full SkyDrive experience from Windows Phone, including tasks like browsing their entire SkyDrive, sharing links to folders or files, deleting files, and creating folders. Many people who have more than a few dozen files will start to organize them, and we want to make sure people have a direct representation of SkyDrive on their phone. Folders are a natural and time-tested way to organize groups of files, and browsing based on how files are already organized is important for SkyDrive power users.

Starting today, you can now use the new SkyDrive app on Windows Phone 7.5 to do more with your SkyDrive. It’s available in every country/region where we offer Windows Phone.

You'll find Skydrive is available (or will be shortly) in the Marketplace. What do you make of it, and the decision to support iOS devices?