The online reaction to the "miracle" Nokia Lumia 900

The second Windows Phone from CES, the much anticipated Nokia Lumia 900 is also an LTE device, and alongside T-Mobile's 710, the 900 on AT&T sees Nokia return to the US market with renewed energy and hunger. So how well did the Lumia 900 go down? 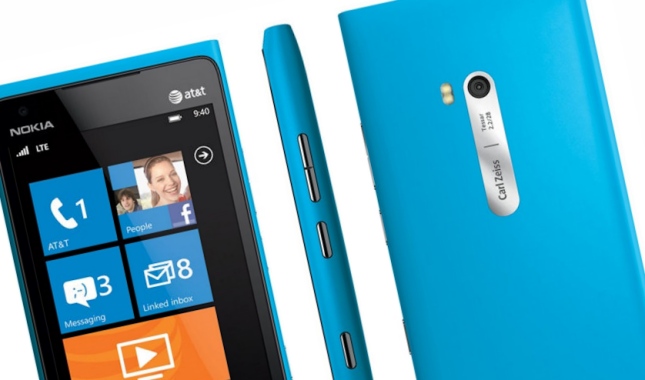 First up, the proud father's blog, Nokia Conversations, focuses on the LTE elements of the handset:

The Nokia Lumia 900 allows data downloads up to 50Mbps on AT&T’s 4G LTE network. What does that mean? It means that you’ll be able to view videos as fast as you can click on them, and never wait. It means your email arrives on time and you’re not sitting looking at an hourglass. It means the Web is totally fun to use on your mobile.

And the Windows Phone Blog naturally has some praise as well, pointing out the technical :

The thinnest of the three Lumias, the phone’s exquisitely-crafted polycarbonate exterior radiates the kind of industrial cool you’d expect from the Finnish phone giant and also rebuffs scuffs and scratches. The phone is packed with a big 4.3-inch AMOLED screen, 8 megapixel camera with an exclusive Carl Zeiss wide-angle lens (f2.2/28mm), and 1 megapixel front-facing camera for video chats. At f2.4, the front camera is also nice and fast so people can actually see your face, and it’s wide angle for group chats.

But maybe The Verge's Chris Ziegler sums it up best on Twitter:

I am buying the F out of the cyan Lumia 900. you can quote me on that.

With the Lumia line, Nokia is trying to strike a delicate balance of differentiating its lineup but not making the Lumia line so different that it changes the fundamentals of the platform. It can have exclusive apps like Nokia Drive or something from ESPN but Elop insists that you won’t see things like specific APIs on the Lumia line that aren’t other Windows Phone.

...and WP Central looks at the software additions in the Lumia 900:

Being an AT&T Windows Phone you will have the customary AT&T software suite that will include AT&T U-verse Mobile to let subscribers browse the U-Verse program guide, schedule manage their DVR recordings and what shows from the comfort of your Windows Phone. The Lumia 900 will also have the following apps in tow; Nokia Drive, ESPN Sports Hub, CNN, and Univision.

The Lumia 900 builds on the Lumia 800 that came to Europe at the end of last year, and Gizmodo is happy that in the jump to America, the design seems to have grown a little.

We're sad that it's put on a few pounds (hey, it's coming to the home of the Big Mac), but it's a necessary reality for an LTE phone—both for the chip and the giant battery needed to power it. In fact, with the technical claims that the ClearBlack display on Nokia handsets allows for brighter displays that suck less juice, Nokia and LTE might end up being one of the more battery-friendly LTE setups.

Finally, VentureBeat doesn't put any pressure on the Lumia 900 and what it means for the whole ecosystem:

Now the phone is very real, and it could be the miracle the Windows Phone operating system needs in 2012... With its sleek and unique design, the Lumia 900 could be Microsoft’s ticket to mainstream phone success this year. So far, sales of Windows Phones have been sluggish, likely because the platform hasn’t had a flagship device yet for Microsoft and consumers to rally around. The Lumia 900 could be that device for Microsoft, if it plays its cards right.

This is only the first chapter in Nokia's return to the US market, and we'll be following it closely over the next weeks and months here at All About Windows Phone.