LG looks away from Windows Phone?

That Windows Phone is not a primary focus for LG is not a surprise, given its absence in recent announcements and promotions, but I do wonder if the company are missing an opportunity; after all we're coming up to a crucial time for the Windows ecosystem.

LG's lack of enthuiasm is understandable. A 2009 strategic partnership with Microsoft to use Windows Mobile as its primary platform for smartphones (and plans for up to 50 models) fizzled largely due to Windows Mobile lack of competitiveness.

Despite this LG had a decent stab with the first wave of Windows Phone, their Optimus 7 and Quantum devices were some of the first Windows Phone handsets on the market. But as the Mango powered second wave of devices were announced, there was nothing really new from LG ( a re-badged version of their first generation devices doesn't count). And now it seems there are currently no plans to produce a device for the third generation of Windows Phone.

The official reason, as explained in the earnings call, is a lack of market share (and therefore sales) of Windows Phone devices, and that's certainly something you can take to the boardroom, but I can't help wondering if LG's decision is like stepping off the Windows Phone train just before it leaves the station. 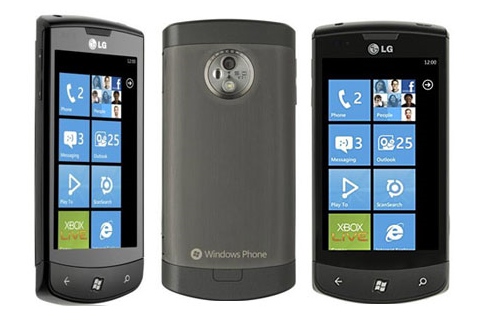 All the groundwork has been laid out, and while the market share is down, the volume of the market has more than compensated the initial investments of those launch partners. Samsung did not roll out its second generation of devices globally, but are looking to return with Windows 8 devices, as are HTC. Nokia is pretty much all-in with the platform as well, and companies such as ZTE are kicking the tyres to make sure they have skin in the game.

Perhaps then the fault lies with LG. Yes, they put in the big bind at the start of the Windows Phone revolution (much as Dell did) but now they've folded. That's their choice, and if that's what works for them, that's fine. But while I can't help feeling that LG have been out-manoeuvred by the active partners using Windows Phones, there's a bigger picture at stake... Microsoft need hardware partners not just for smartphones going forward, but the laptops, desktops, and tablets that Windows 8 will be targeted at. The holistic picture of Windows 8 over all device forms is a key message, and if phone partners aren't comfortable with one of those legs, will they be convinced to seriously work on the others?