SkyTunes and music in the cloud

Yes, we've seen all-encompassing cloud music solutions from Apple and Google, but there's no direct equivalent for Microsoft and Windows Phone - which is not to say that you can't start off down the DIY route. Step in SkyTunes, a little utility to display music files that you have stored in your SkyDrive account and play them in the background on your Windows Phone.

Many of us have 25GB or more on Microsoft's SkyDrive cloud storage, so why not use some of this to store our music collection? After all, one of the biggest limitations with Windows Phone is that the hardware is limited to 4GB, 8GB or 16GB, depending on model. With offline maps, applications, data and miscellaneous captured video and images, there's not a lot left for music, so opting for music in the cloud does make a lot of sense.

iPhones have iTunes Match and Android phones have Google Music, plus there are numerous streaming music services from many sources on all platforms, so it's not as if there are no other options. But the idea of using SkyDrive for music is one that's yet to catch on... with the exception of this little free utility, SkyTunes. 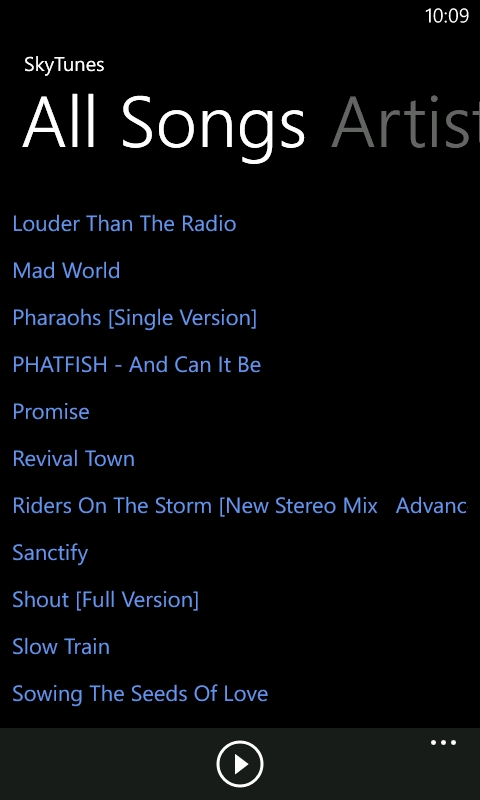 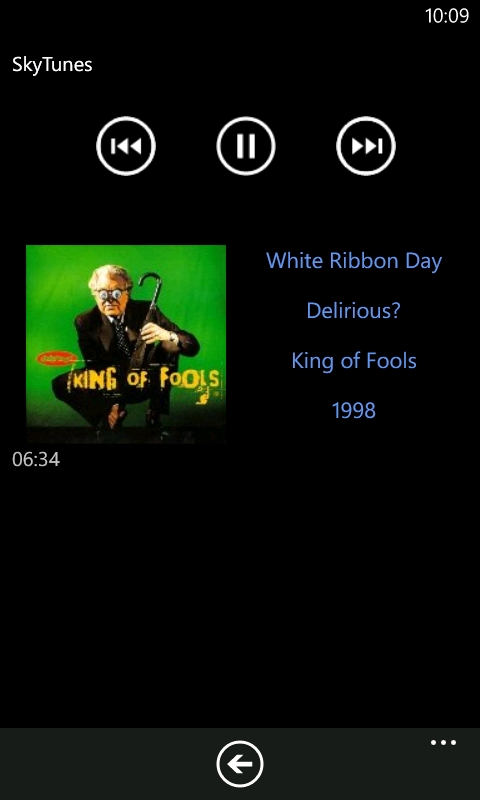 Getting your music into SkyDrive depends on what desktop/browser combination you use, but essentially music files, either in one block or in named folders can be uploaded to your SkyDrive account into a 'root' music folder. SkyTunes then scans this and produces a Metro UI panorama of albums, songs and artists.

All of which sounds excellent, and - crucially - music carries on playing in the background while you do other things on your phone, though do note that there are a few big caveats:

Caveats aside, I'd still recommend experimenting with SkyTunes and music on SkyDrive - I'm sure this utility will improve and you wouldn't want to miss out on the updates!

You can grab SkyTunes for free here in the Windows Phone Marketplace.

Filed: Home > Flow > SkyTunes and music in the cloud