The last few weeks have seen a number of changes to Wordament, the free to play Xbox Live word game. It's passed one million downloads, it's available on Windows 8 devices, you can play in 12 langauges, and the Windows Phone version has been updated to v2.3.

Languages now supported in the Windows Phone version of the game are: 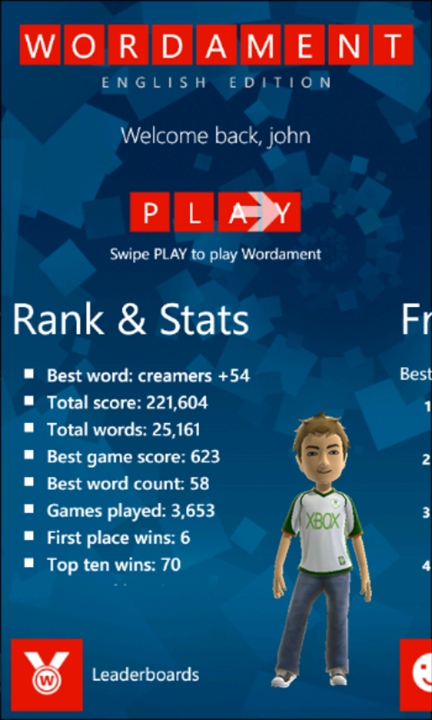 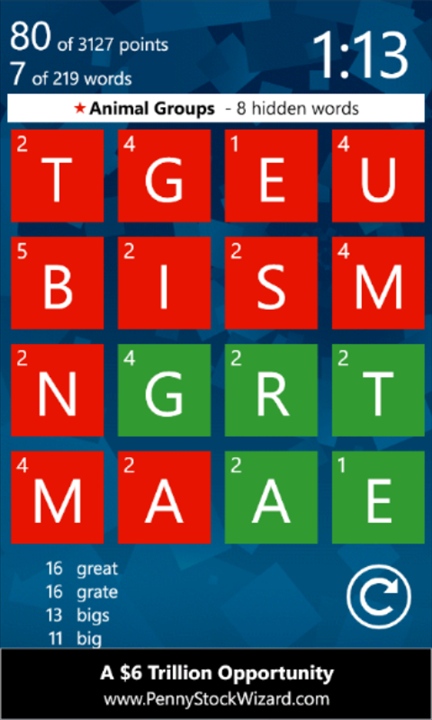 A new type of puzzle has been added into the rotation. Previously Wordament players have been familiar with finding hidden words or making words with a combination tile (such as "RR" or "QU" on one tile). The Wordament team have added three new puzzles, although you may have to play a fair bit before you experience them all.

Before these changes we at AAWP were already impressed with Wordament (here's our review from earlier in the year), and the continued updates have improved the game without destroying what makes it so special and beloved in the first place.

Download your copy (or just grab the updated version) from the AAWP App Directory.