One of the most popular Live Tile requests on Windows Phone 7.5 was a way to show battery level status and information. Unfortunately, this was not possible unless you had a developer unlocked device. However, Windows Phone 8 introduces a public API that allows any third party app to get this information, which means this functionality is now possible.

Our current pick of the third party Live Tile battery apps is Battery Level for WP8. That's because as well as providing a Live Tile, it also integrates with Windows Phone 8's new lock screen (a rather egregious misuse of the lock screen customisable notifications feature, but still a clever work around). The other apps are good too, and you may prefer the graphical style or extra information provided by one of the others. All the apps are currently free to download.

The caveat with all of these apps is that the information, like all Live Tiles, is only updated every 30 minutes or so. That's a limit imposed by the platform to optimise battery life. But it does mean that the Live Tiles will sometime be behind reality, although this it is really only noticeable when charging the device.

It's also worth noting that, as with any app that has an element that runs in the background, there'll be a small negative effect on battery life. One or two app with background processes are unlikely to make a noticeable difference, but it's something to consider as you install and use more of these types of apps.

We would also suggest that battery levels should only be taken as indicative. Precise figures for batteries are harder to calculate that you might think. That's because the performance of a battery will depend on environmental conditions (e.g. temperature), but also because its discharge curve (i.e. performance characteristics) will change over time as it used multiple times (e.g. it's maximum capacity will slowly drop over time). 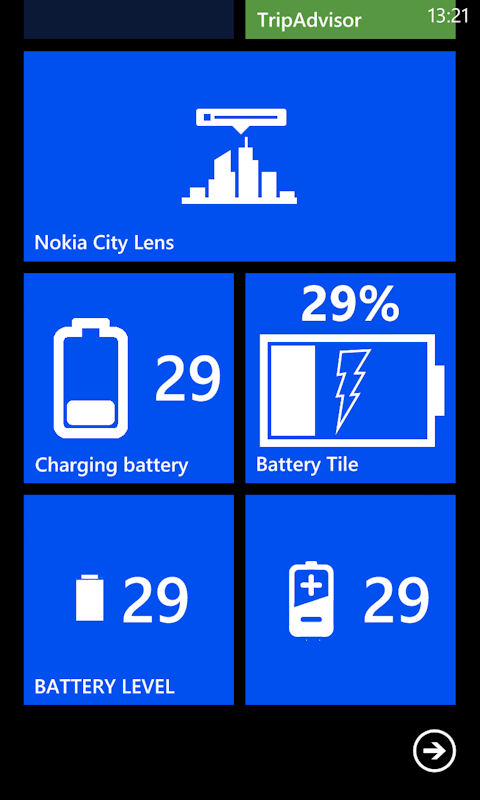 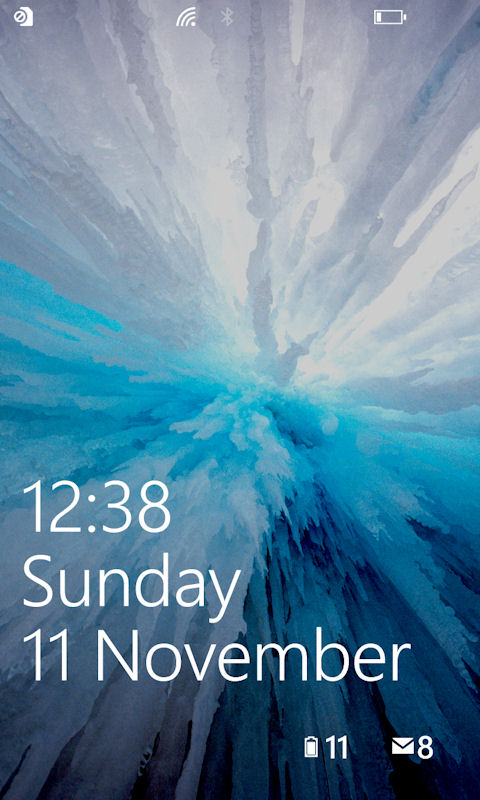