Pitched as 'Pixl: Flickr Simplified', with the comment that 'the clean and simple interface will make all of your friends using Instagram jealous', I wasn't expecting something earth-shatteringly comprehensive from this free third party tool - and with expectations low, I wasn't disappointed. But, as Obi Wan Kenobi would say "This isn't the Flickr client you're looking for".

Photo sharing, and where Flickr started and still specialises, is based on photos that are as good as possible, showcasing what each user can do. This is what I was hoping a Windows Phone Flickr client could step in, saving me having to use the Flickr web site. If this is you too, then move on, nothing to see here.

Pixl for Flickr is a client for the Instagram generation, where images are likely to get given a ghastly filter and made to look like they were taken in 1930, where images only exist in VGA resolution that you can't do anything meaningful with, and where an image that doesn't have lots of 'kewl' comments isn't deemed a success.

To that end, we have Pixl for Flickr, shown here in action: 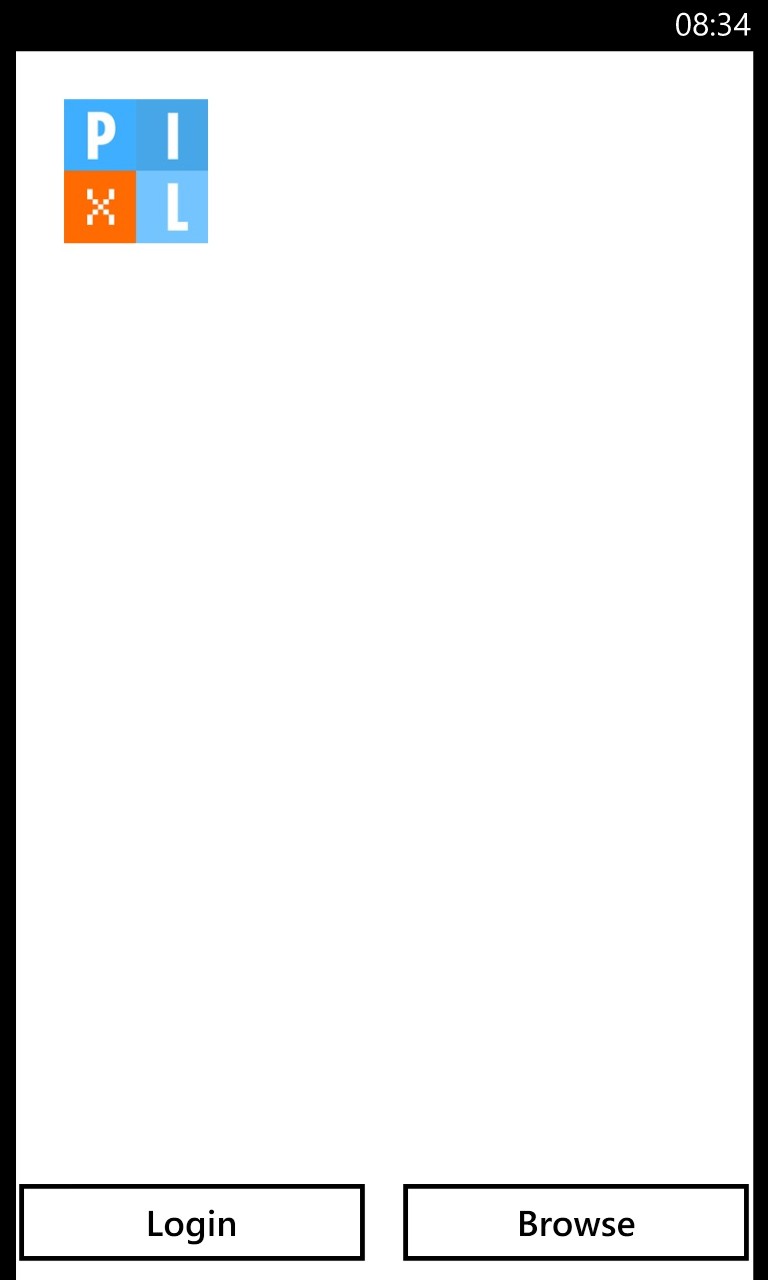 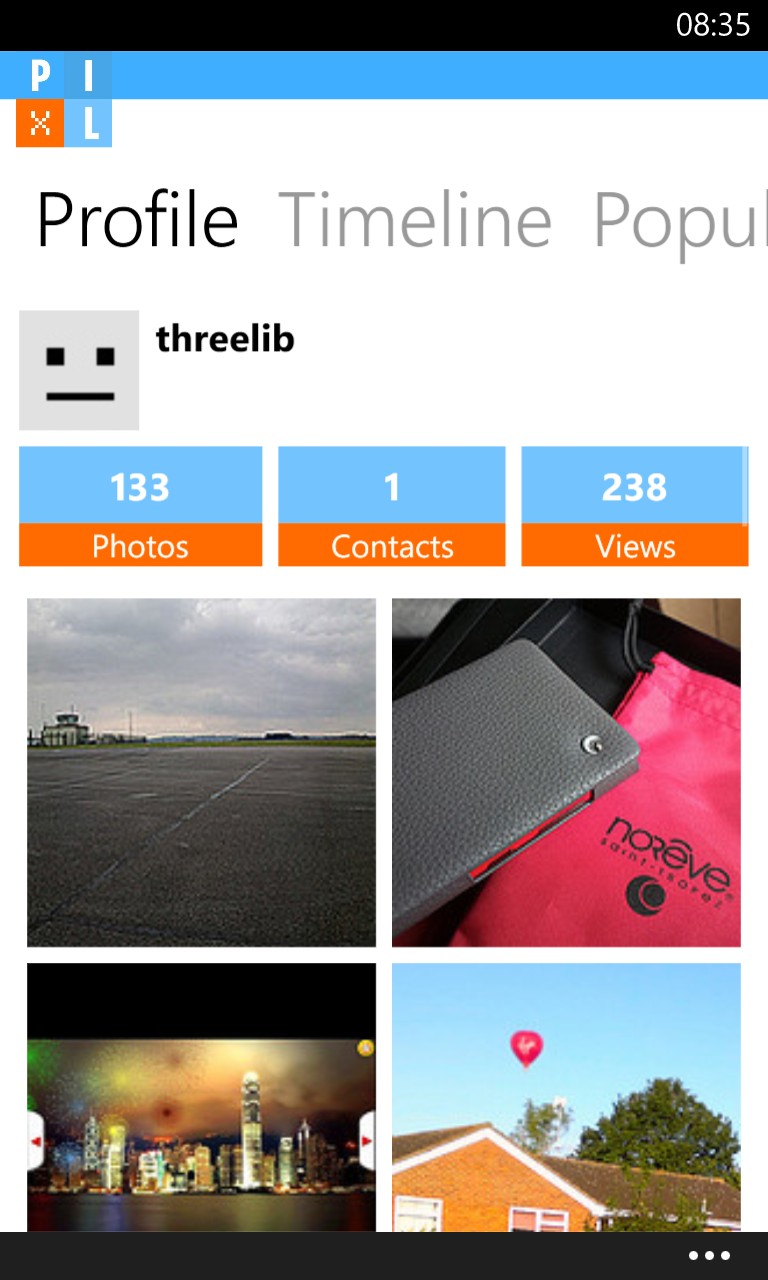 Initial impressions aren't great, with an almost blank opening screen; after logging in, your profile shows recent uploads to your account 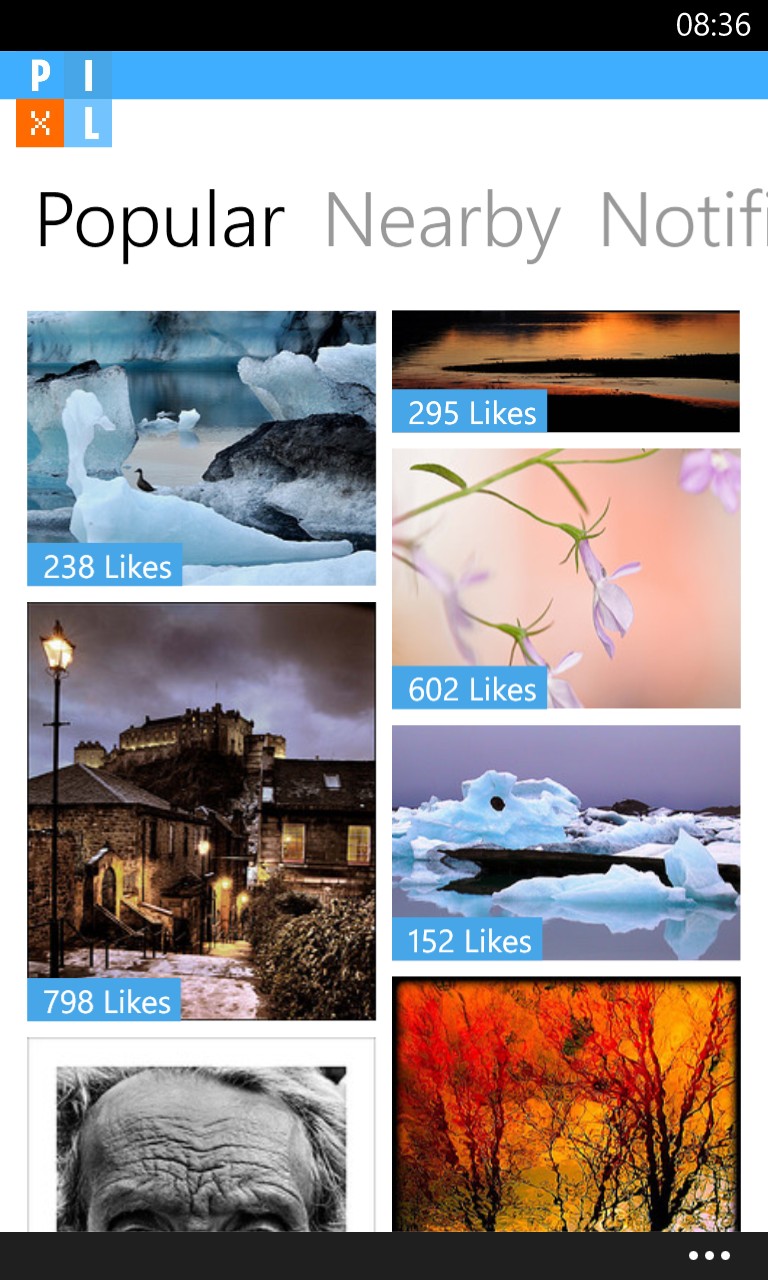 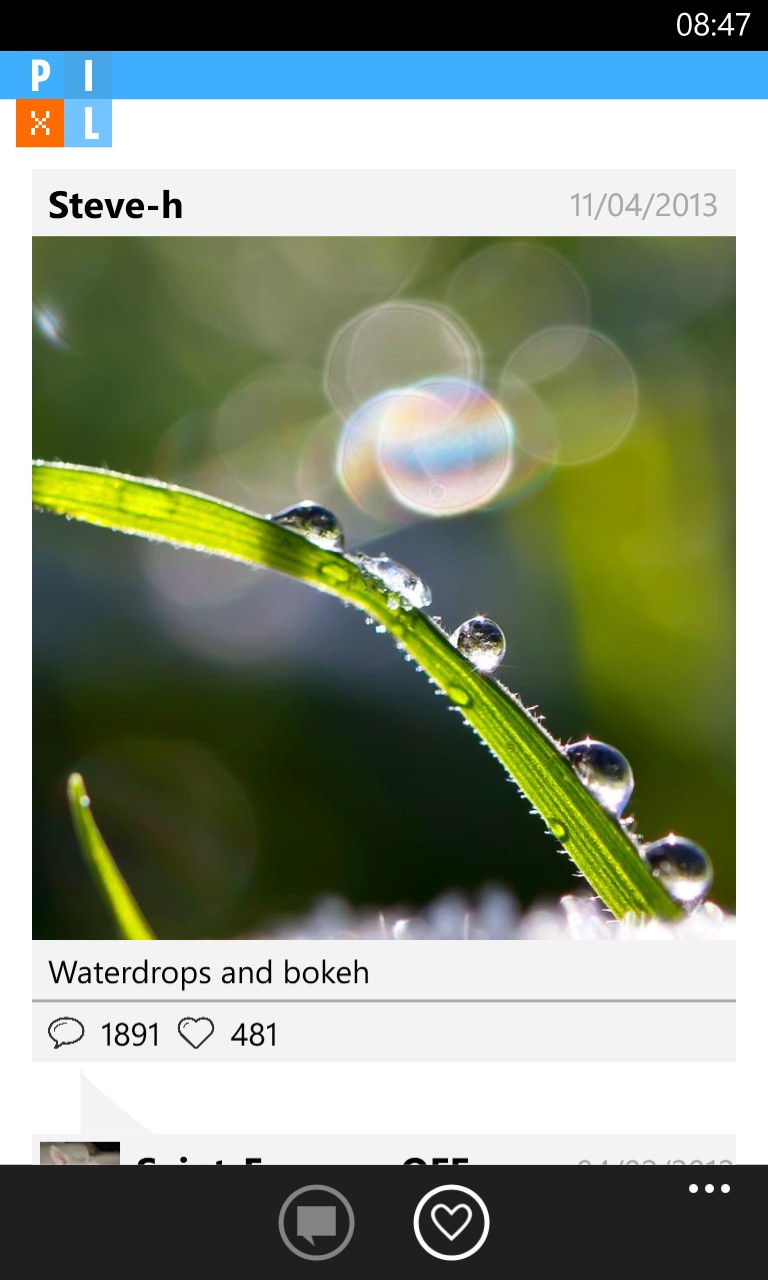 Browsing through popular Flickr shared photos; tapping through, there's no facility at all to zoom in or download in any way - you're resolutely stuck at this screen resolution! 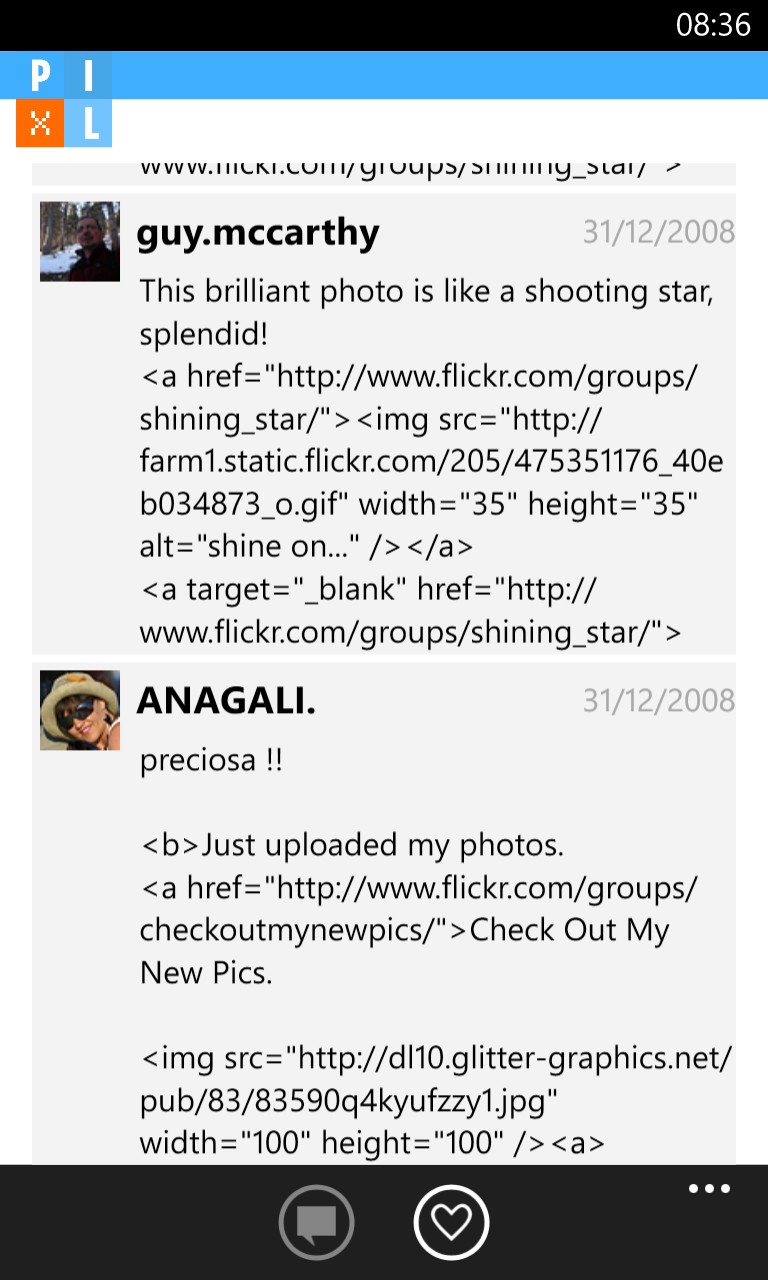 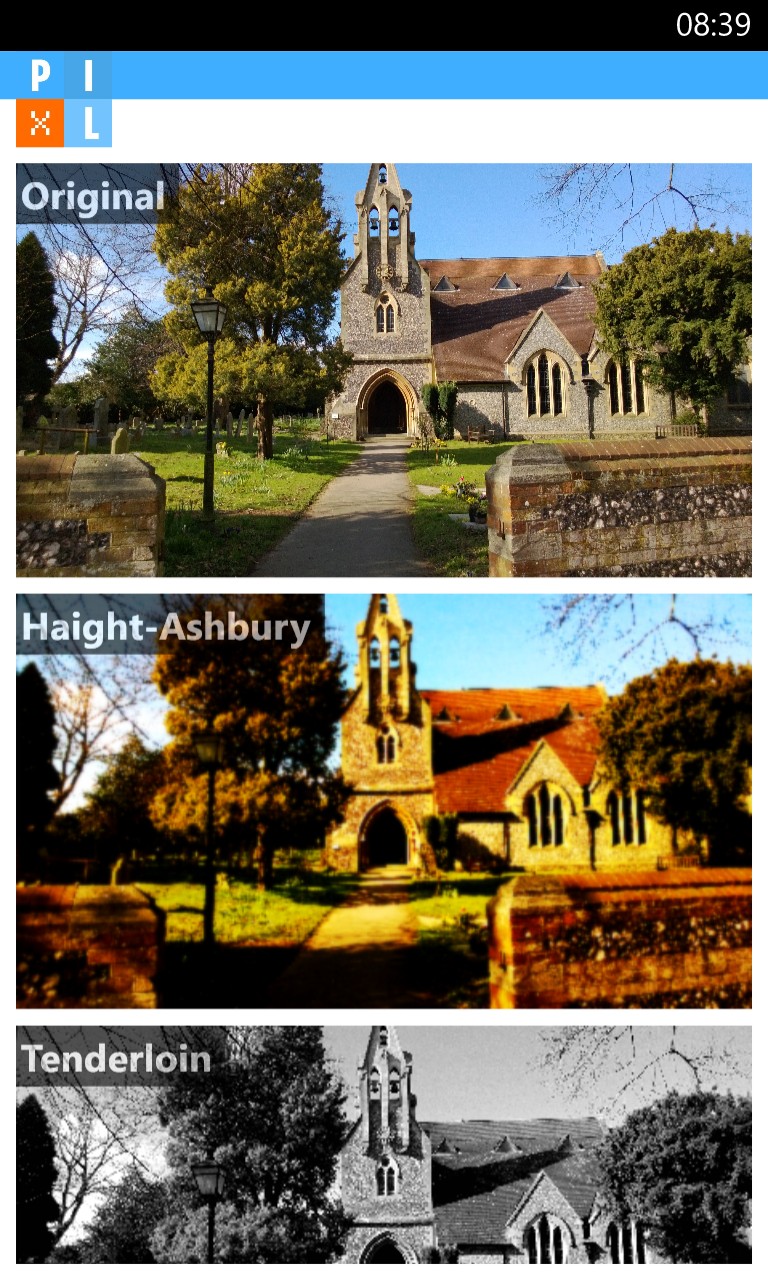 You can scroll down to view comments on each photo, but Pixl makes a right mess of inline HTML, as seen here; when uploading a photo of your own, your first offered a barrage of San Francisco-themed (ghastly) filters. Just say no. I know filters are popular, but that doesn't make them 'right'. There, I said it. 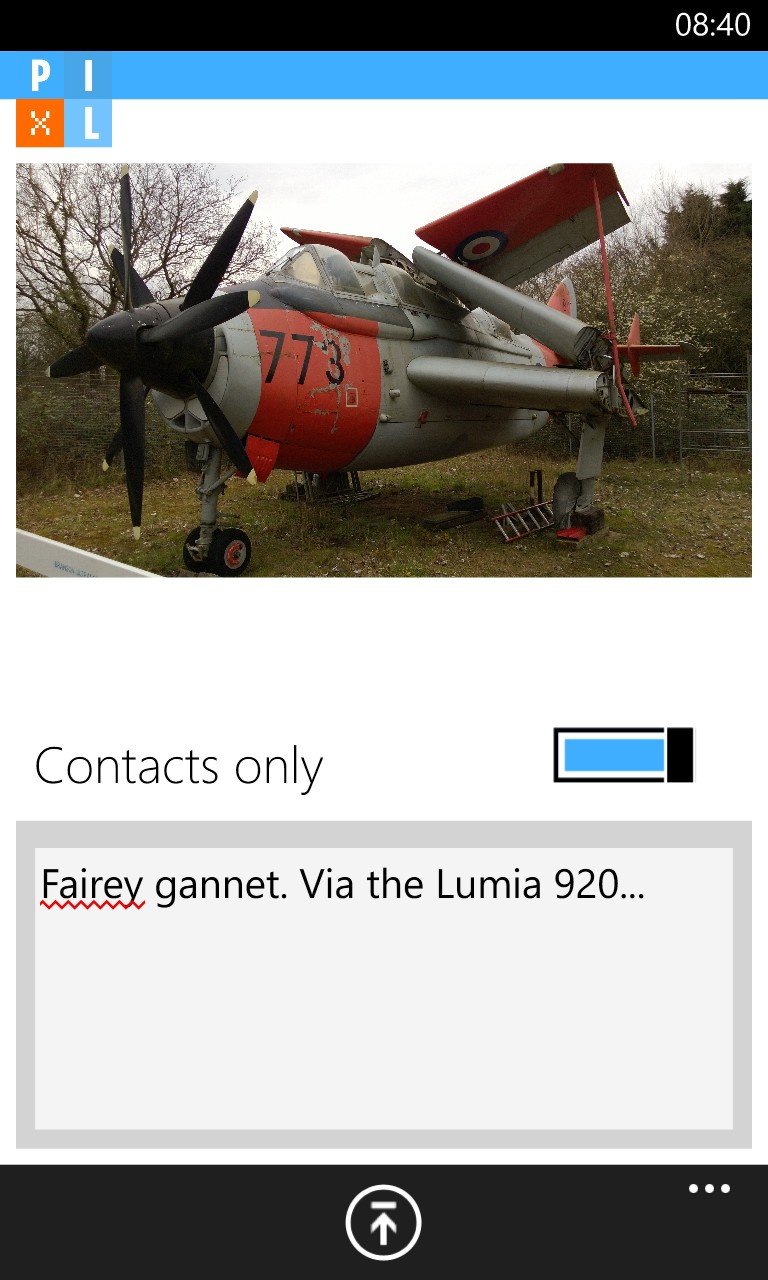 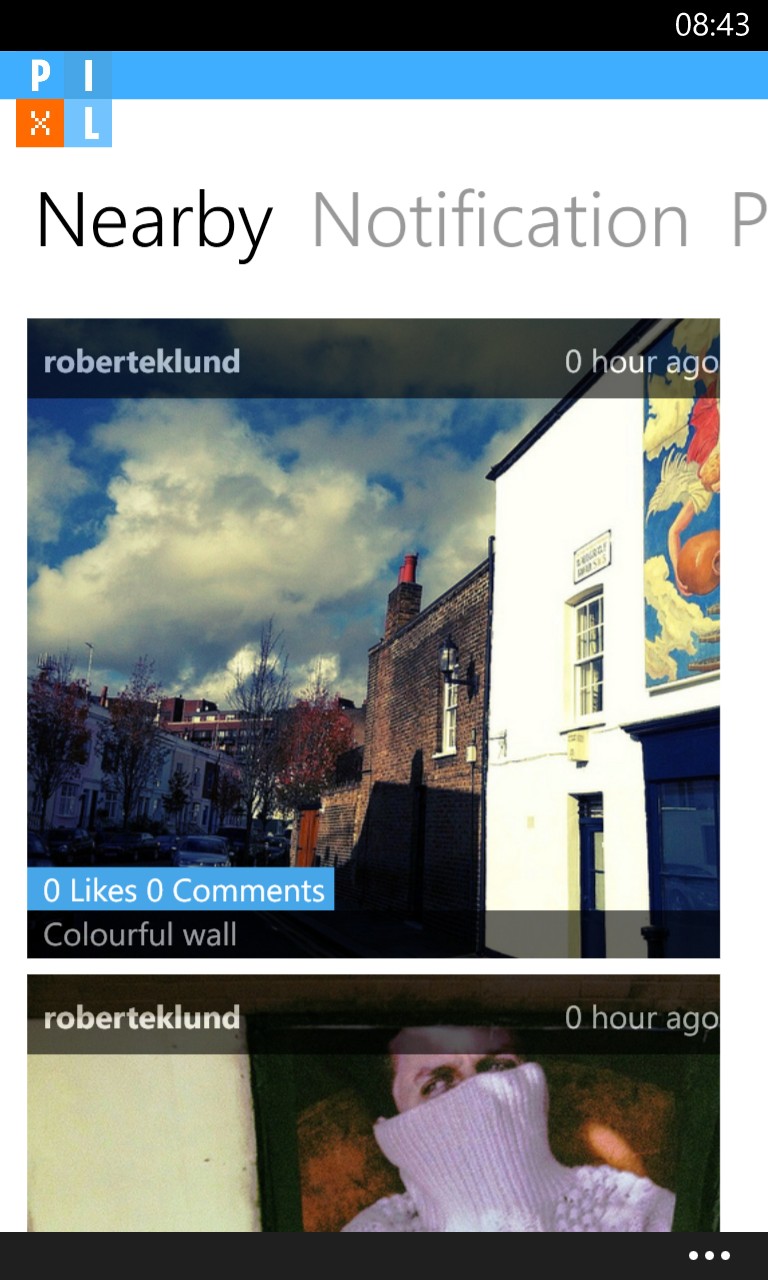 You're also offered a choice of sharing with the world or with your Flickr friends; a 'nearby' pane in Pixl goes off to Flickr and tries to find recent uploads near your current location. There's a bit too much focus on time here, it may have found a load of photos from '0 hours ago', but none of them were taken remotely near me... 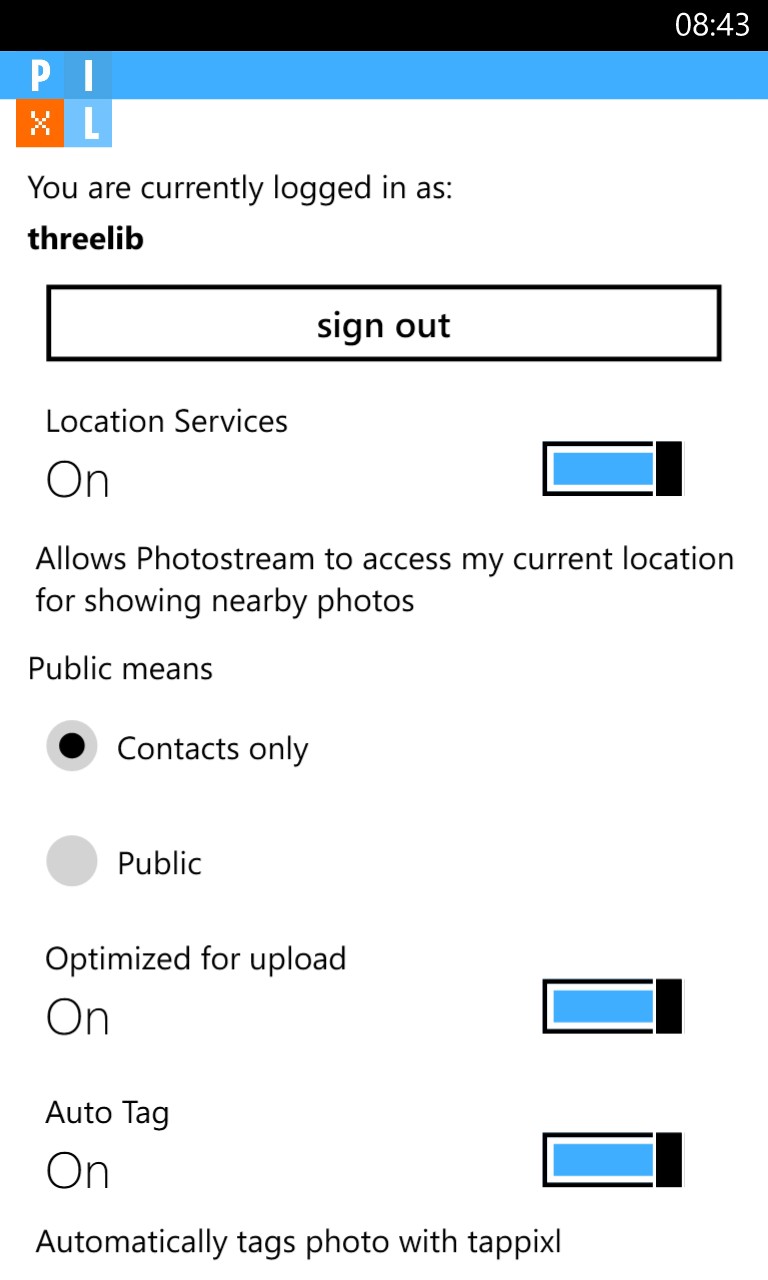 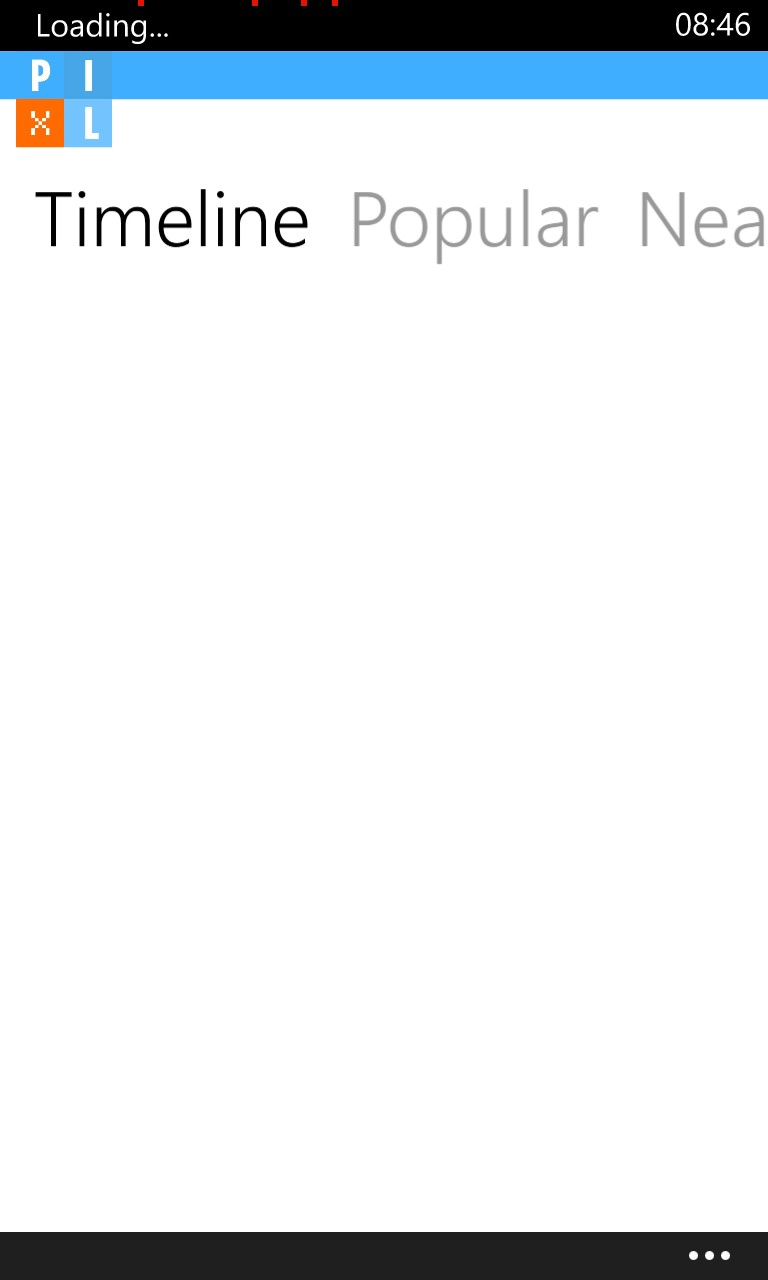 By default, photos are also downscaled when uploading, also anathema to me, but at least this can be turned off; one oddity is that, even after an hour using the application, the 'timeline' pane remained resolutely blank. A bug? A feature? A glitch? Who knows?

As you can tell, I wasn't blown away by Pixl for Flickr. Worth grabbing for a quick browse, perhaps, as it's free to download. But, to return to the Star Wars quote, "The (official) Flickr client you're looking for is here".