Microsoft has released the first details on the next significant software update for Windows Phone. Microsoft's Michael Stroh, writing on the Windows Phone Blog, notes that the update is "similar in size to the one we [Microsoft] delivered earlier this year". This is the update that was previously rumoured in March and internally is referred to as the Windows Phone 8 GDR2 update.

The update includes the return of FM radio functionality; makes the Data Sense feature of Windows Phone 8 available in more markets and on more operators; make it easier to download and pin songs in Xbox Music and improves the accuracy of song info and other metadata; ensures that Windows Phone continues to work with Google services by adding support for CalDAV and CardDAV; and includes hundreds of other small quality improvements.

Additional, manufacturer specific updates, will also be delivered on top of the GDR2 update. For example, Nokia will be delivering the "Lumia Amber " software update, which will include its new Smart Camera Lens app and a enablers for a number of other technologies.

Here's the relevant portion of the Windows Phone Blog post:

The new update, which is expected to start rolling out to existing Windows Phone 8 phones later this summer, brings back support for FM radio (we heard you!) and makes the Data Sense feature of Windows Phone 8 available for more carriers to offer. The update also makes it easier to select, download, and pin tunes in Xbox Music and improves the accuracy of song info and other metadata—something I know music fans will appreciate. (FM Radio and Data Sense availability depend on your phone model and carrier.)

The update includes hundreds of other small quality improvements. One final one worth highlighting, as we announced earlier, is that the update also ensures Windows Phone continues to work with Google services by adding support for the company’s newest sync protocols—CalDAV and CardDAV.

FM radio functionality was previously available in Windows Phone 7.5 devices, but did not make the jump to Windows Phone 8, most likely due to development time constraints. FM Radio support is dependent on both device hardware support, and, in some cases, operator approval. On the hardware side FM Radio functionality requires both an FM radio chip (present in almost all Windows Phone devices as part of the Qualcomm SoC) and for the radio chip to be connected to an aerial connection (usually to the 3.5mm audio jack). 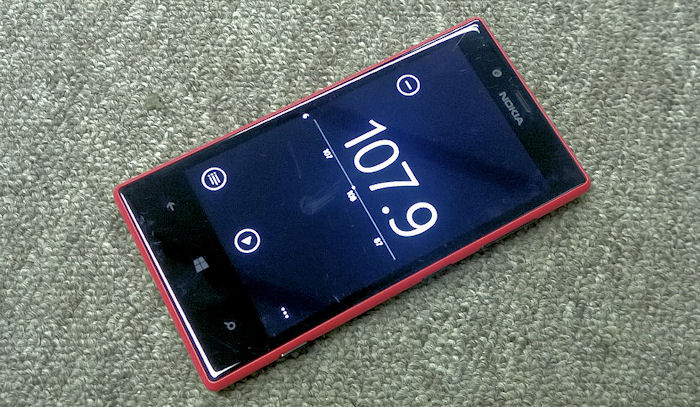 Microsoft say that the update will start rolling out "later this summer" for existing Windows Phone 8 devices. However, operator approval will be required for some variants, so, as with other updates, it may take some time for the roll out to be completed.