More imaging apps coming out of the Lumia 1020 launch, and Hipstamatic are joining in the fun as well with the upcoming release of Oggle PRO.

Oggle PRO is an extension of the Oggle app that is already available for the iOS platform. Windows Phone will be the second platform the app will be available for, skipping over Android. No doubt the focus that Hipstamatic places on photography, coupled with the 1020's PureView branded camera made that an easy decision. 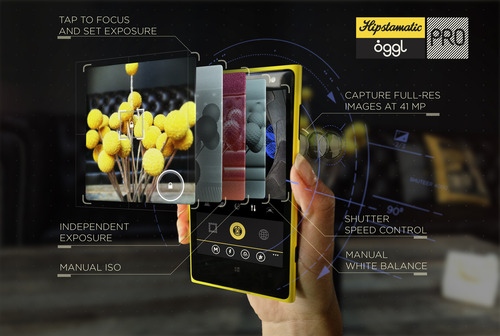 From Hipstamatic's blog post, Oggle Pro will allow the smartphone photographer to...

Availability is 'later this summer' and there's no word on any presumed exclusivity period for Nokia.