AdDuplex publishes regular reports on the breakdown of devices (and countries / languages) active in the Windows Phone ecosystem based on data drawn from its advertising network (1,009 apps running AdDuplex SDK version 2.0 for the August report). The data represents a sampling of the active installed device base for Windows Phone, albeit one biased to those users who are more likely to install apps, as of Agust 14th.

It's worth emphasising that AdDuplex can only track devices where an app with its advertising SDK embedded is being actively used. This means high end devices, such as the Lumia 920 and HTC 8X, tend to be over represented in such data sets because owners of these devices are more likely to install apps. 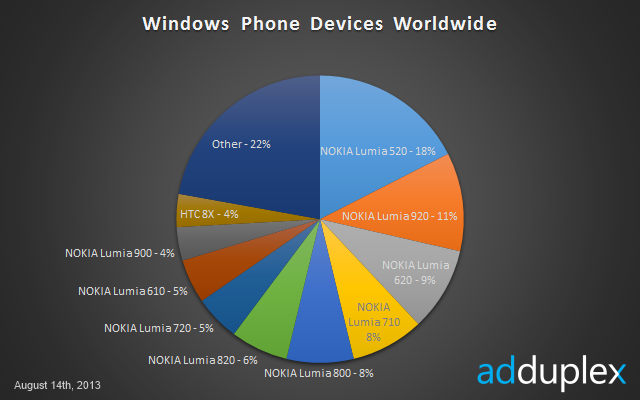 AdDuplex has now been reporting data for nine months, which let us see the changing nature of active devices in the Windows Phone ecosystem over time. The most obvious changes occur when new devices go on sale, as seen with devices like Nokia Lumia 520 and 720. The rapid rise of both the Nokia Lumia 520 and 620 underline the importance of Microsoft and Nokia's low cost device strategy.

What's most noticeable in the chart below is the way the Nokia Lumia 520 and, to a lesser extent, the Lumia 620 and 720, have become a significant proportion of the active install base of Windows Phone device. It is these three devices that have been the main drivers for the increased number of Windows Phone device being sold in the first half of 2013. 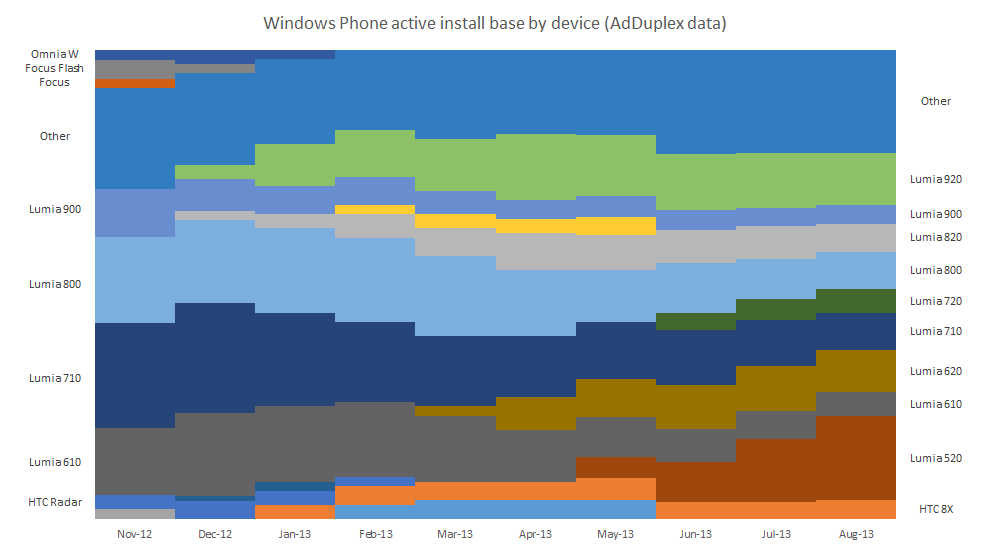 Now that almost two thirds of devices are running Windows Phone 8 developers can begin to consider whether to continue produce Windows Phone 7 versions of their apps. In many cases there will be little or no overhead to do so, but in other cases, where a Windows Phone 8 only API is being used, this may not be the case. The point at which producing a Windows Phone 7 app no longer produce a positive return on interest will vary from app to app (dependent primairly on cost). 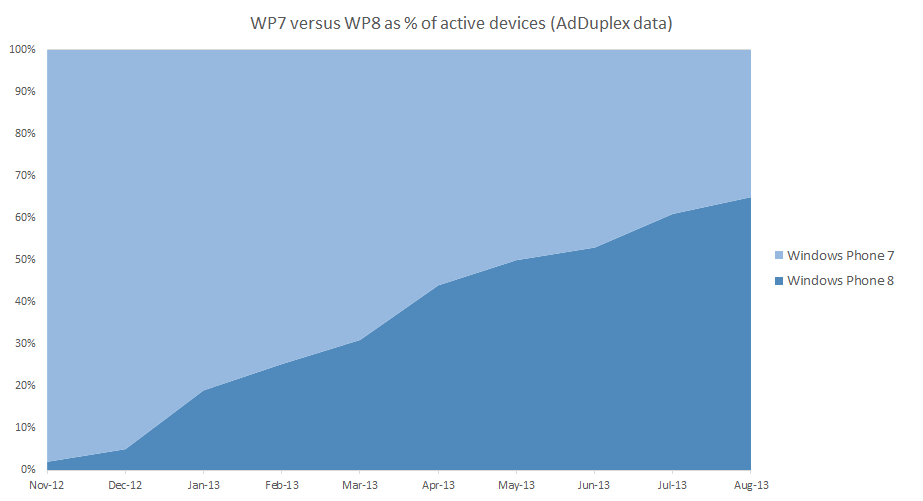 You can read the full report on the AdDuplex blog, including some country specific breakdowns.