While the Nokia Lumia 625, 820, 920, 925 and 1020 are all LTE-capable devices, in some circumstances, specific operator variants ship with LTE connectivity disabled in software. Generally, this occurs when no LTE service is available on the operator in question, and is done in order to maximise battery life, as it means the devices will avoid searching for non-existent LTE signals. Usually, this only applies to operator variants, but in some cases it also applies to SIM-free country variants (e.g. "CV-GB" devices do not, currently, have LTE activated).

When 4G service launches on a given operator, Nokia releases firmware updates, which enable (i.e. "switch on") LTE connectivity for the relevant devices (i.e. operator variants of any LTE capable Lumia device carried by the operator in question). An easy way to check for this kind of update is to see if "4G" becomes available as one of the options in the 'highest connection speed' setting in the 'mobile network' module of the Settings app.

For example, in the the last few days Nokia has released a minor firmware update for the Vodafone UK variant of the Nokia Lumia 920. The update, which coincides with the operators launch of its 4G  service in the UK, takes the firmware revision number from 3047.000.1326.2008 to 3049.0001330.0009, and enables LTE connectivity of these devices. 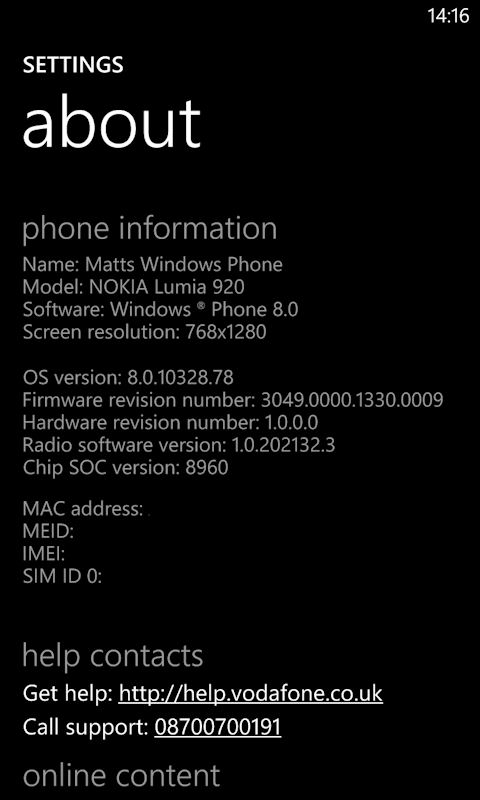 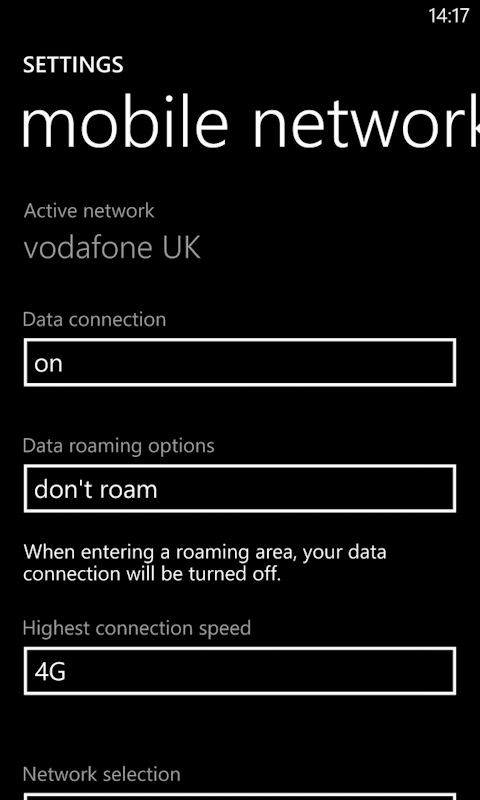 So, generally, specific firmware updates of this kind will only be available for select devices in certain markets (i.e. Nokia Lumia 820, 920, 925 handsets, which have had LTE "switched off", but where operator LTE service is now available, or is launching shortly).

Thanks to @foxprorawks for the tip and screenshots.

There are some indications that the Vodafone specific firmware update mentioned above is not related to enabling LTE, but rather is a small bug fix and performance update. However, the information about LTE being disabled in software and then getting enabled still applies (and happens in markets other than the UK too).