Street Outlaws have to drive as fast as they can... sideways!

Racing fans have another title to play today, with the release of a sequel to Drift Mania Championship 2. Street Outlaws lets you take part in 'underground' drift racing on street courses around the world. With a full blown career mode, upgradable cars, fine tuning of chassis and suspension elements, and an online multiplayer mode, Drift Mania's second title on Windows Phone has almost all of the expected elements of a racing game, along with solid sound effects and fast moving graphics. 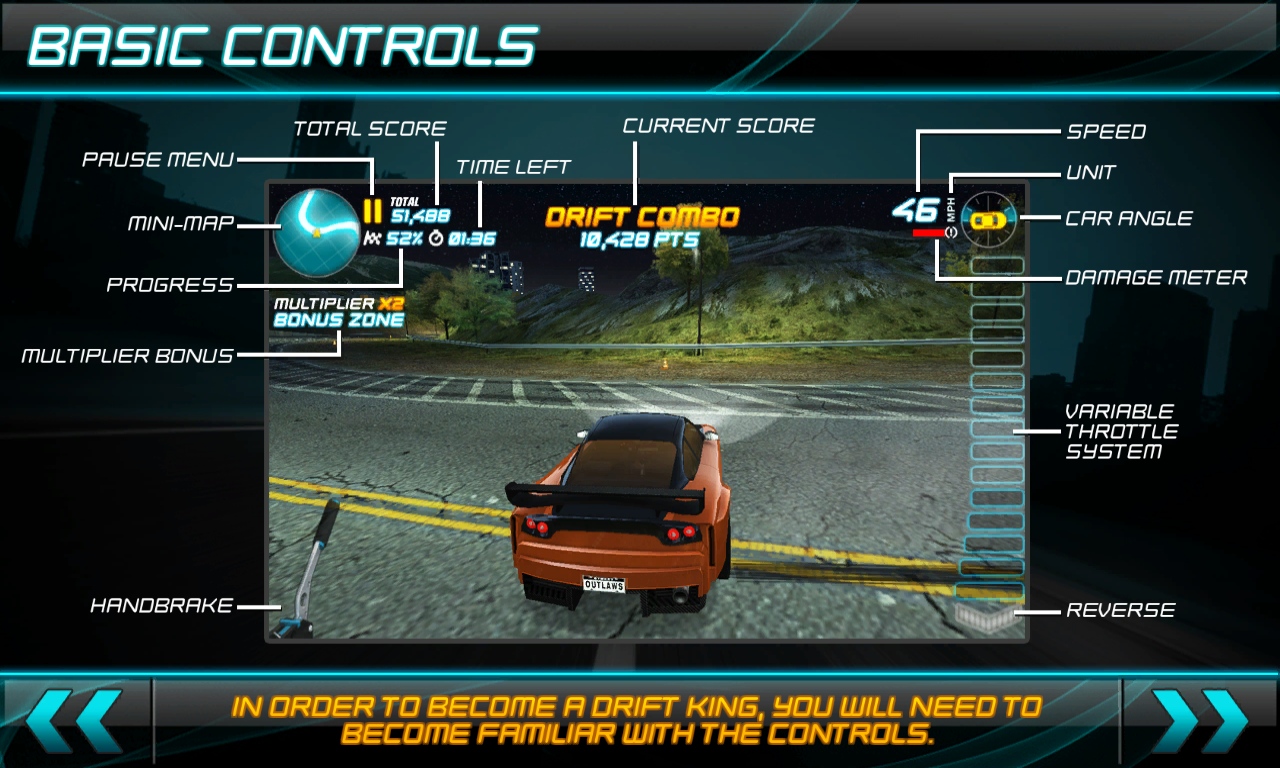 Points are scored, as the franchise name suggests, when you get your car into a drift, or a power slide. The longer the drift, the faster your car is travelling, and the steeper the angle you can manage in the drift, all act as multipliers to your score.

With touchscreen controls for your accelerator and hand-brake, and the accelerometer used for steering, Street Outlaws require a finesse and delicacy in the controls. It's not just kicking the drift off, it's about control throughout the drift and being accurate. Because if you hit an obstacle, spin out, or get it wrong, you lose all your points earned in the drift that led up to the accident. 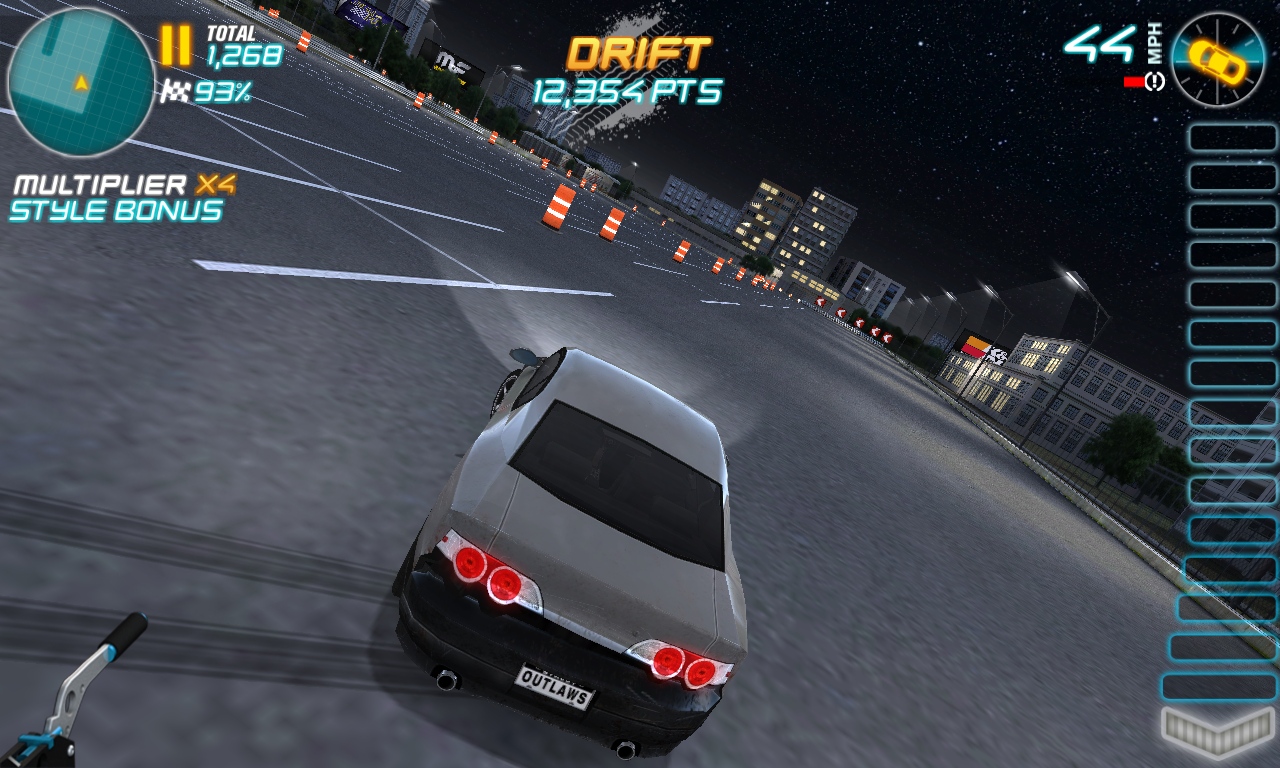 How will you play? Lots of short drifts for a safe score, or go large and risk a crash for greater reward?

Unfortunately there is no trial mode available, and given the volume of apps that do have trials, I feel this is a mis-step on the part of the developers. Nevertheless, at 79/99c it is in the lowest tier of app pricing. 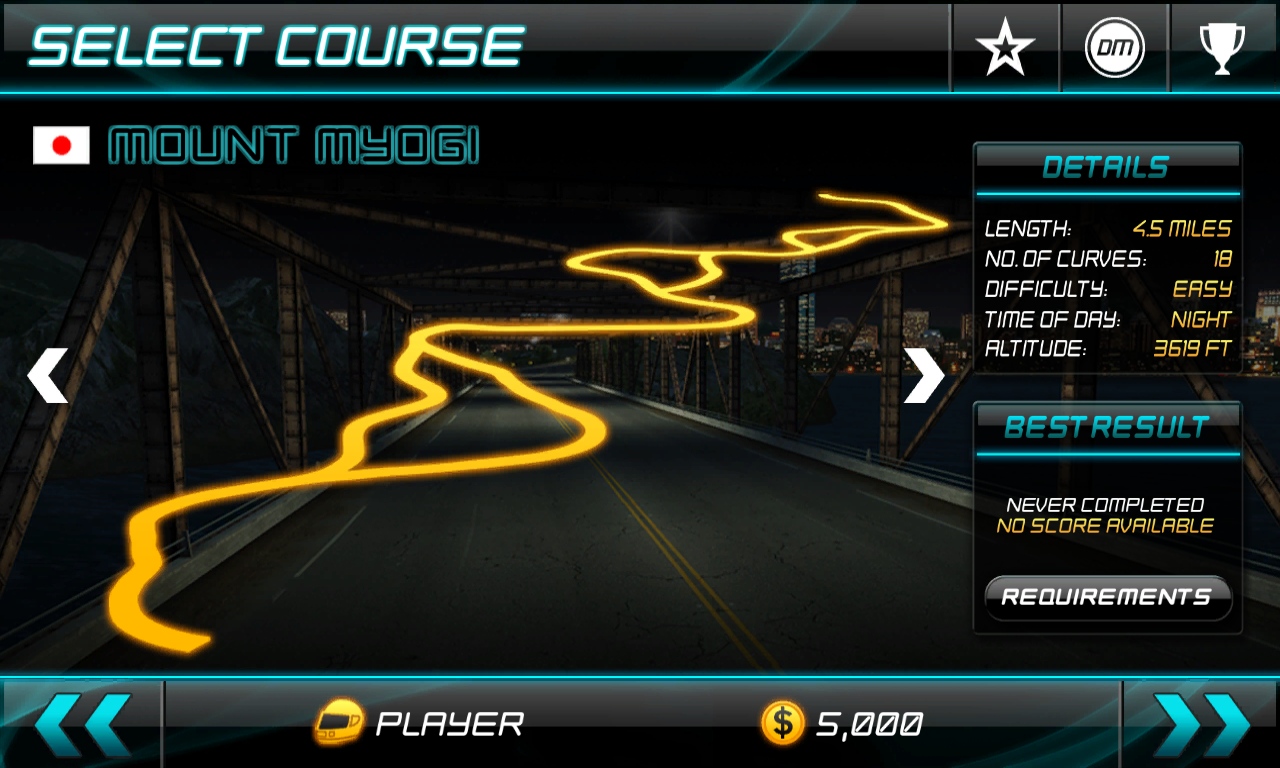 It's a 300 MB download, so you will need to be on Wi-Fi, and you can start your download of Drift Mania: Street Outlaws now via the AAWP App Directory.

Filed: Home > Flow > Street Outlaws have to drive as fast as they can... sideways!