Nimbuzz, the instant messaging and communication service, has updated their Windows Phone app to version 1.1.5, adding support for Nimbuzz Out, allowing you to make cheap calls to mobile and landline numbers, complimenting the existing Nimbuzz to Nimbuzz calling experience. Also new is a guided tour feature that introduces Nimbuzz's core functionality when you start the app for the first time.

However, many smartphone users are on contracts that include an allocation of inclusive minutes for local / national calls, which means the most common use case is going to be use Nimbuzz Out to save money when making international calls.

Nimbuzz Out, like the equivalent Skype Out, works on prepaid system (i.e. similar to PAYG), with the ability to buy credits from within the app, or via the Nimbuzz website. Each time you make a call the appropriate amount of credit is removed from your balance. Nimbuzz also offers a number of "minute packs", which offers further saving by bundling minutes together (e.g. an 1800 minutes pack for the US costs $10, a saving of $4.40 over standard Nimbuzz Out costs). 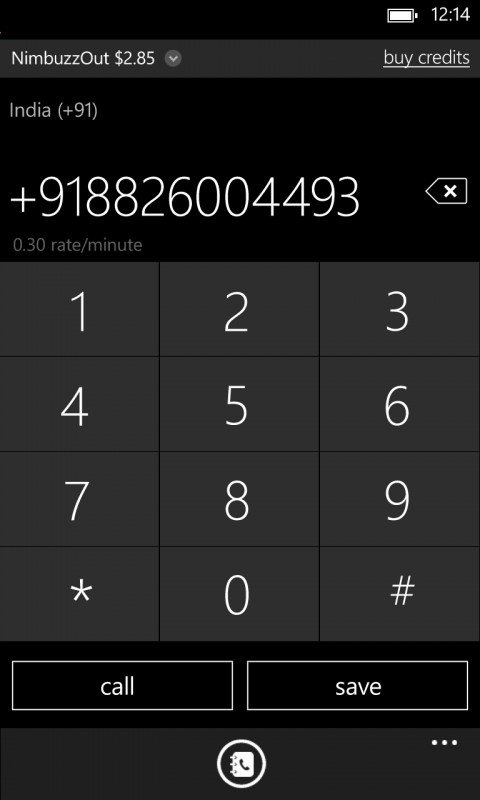 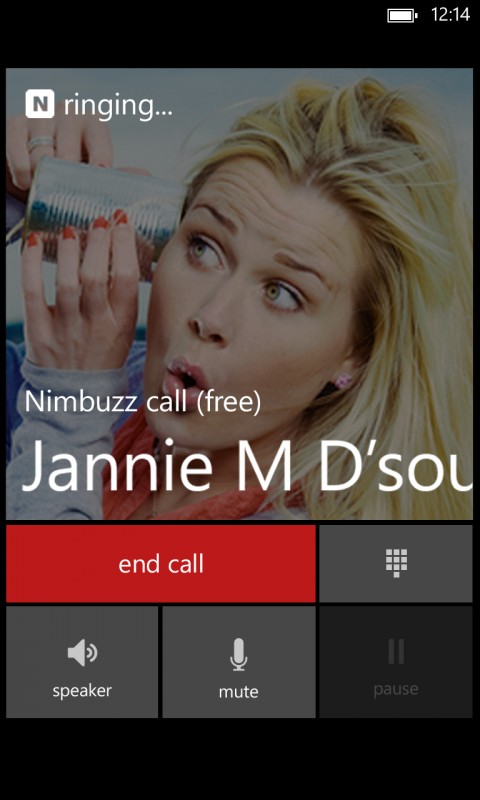 Nimbuzz is one of a number of instant messaging and communication services available for Windows Phone, but with the addition of voice calls is one of the more fully featured implementation (see also Skype and Viber). The services federates (links) with Facebook Chat and Google Talk, which means in addition to Nimbuzz Messenger contacts, you can chat with friends who are using Facebook or Gtalk.

Nimbuzz Messenger combines the power of internet and smart phone messenger into one, and lets you send unlimited chat messages and share files (pictures/videos) on any mobile device across popular messengers. Nimbuzz Messenger is available on Windows Phone, Android, iOS, Symbian, Blackberry, Java, PC and Mac.