Why freemium is the future of developer income

While it does restrict itself to Apple's App Store, details produced by Distimo and analysed by Satista/Mashable on the payment models used by the top applications inside the ten largest categories make it clear where the money is to be made in mobile applications. Freemium. 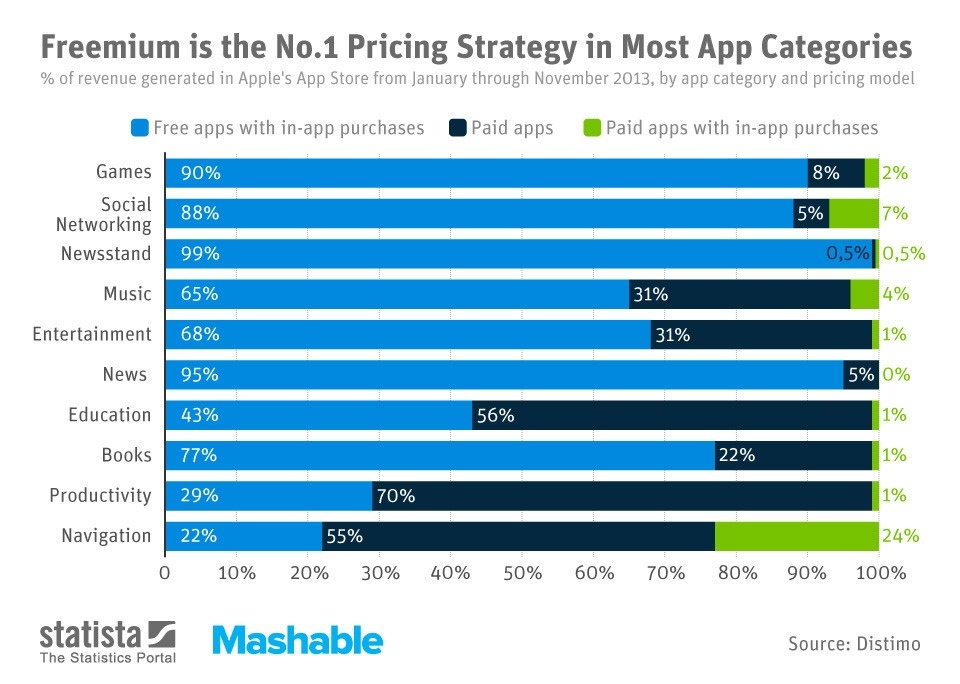 It's possible to question these numbers, and there are a huge number of unknown variables that a simple infographic and bar chart will not be able to convey. It also has no data from the Windows Phone Store, the Google Play Store, the Amazon App Store, or any others. And neither does it go into the long tail of apps.

But I think that the broad answer is correct. If you are a developer, and you are looking to generate an income from your users, then freemium is the way forward. The applications that bring in the money from users are those asking for nothing up front, and payment once you see the value of the app and (presumably) the trials and samples of various elements in the app.

Of course if you are confident that your application is in a space where paid for downloads will generate the income you expect from your work, then you go right ahead with the paid for route. As with any area of commerce, market forces are not unified, and there will be variances, but in general, and especially for leisure based apps, the market has spoken.

The question now is how to make freemium work well for developers and users. There are huge differences of opinion on the freemium model even between the team here at All About Windows Phone - Steve is very much of the 'never-ever-ever getting near my phone', and at the other end of the spectrum, I'm very glad to see that developers are able to be paid for the efforts.

While the large developers are going out of their way to squeeze every last drop of digital cash out of a user (witness Rovio's Angry Birds Go on Windows Phone, and the mess of Electronic Arts' Plants vs Zombies 2 on iOS and Android), the indie developer is in a difficult place. They can't afford a huge survey to find the sweet spot of payment, pleasure, and pain; they won't have historical data to look back on; and they can't live to program another day if they get it wrong. 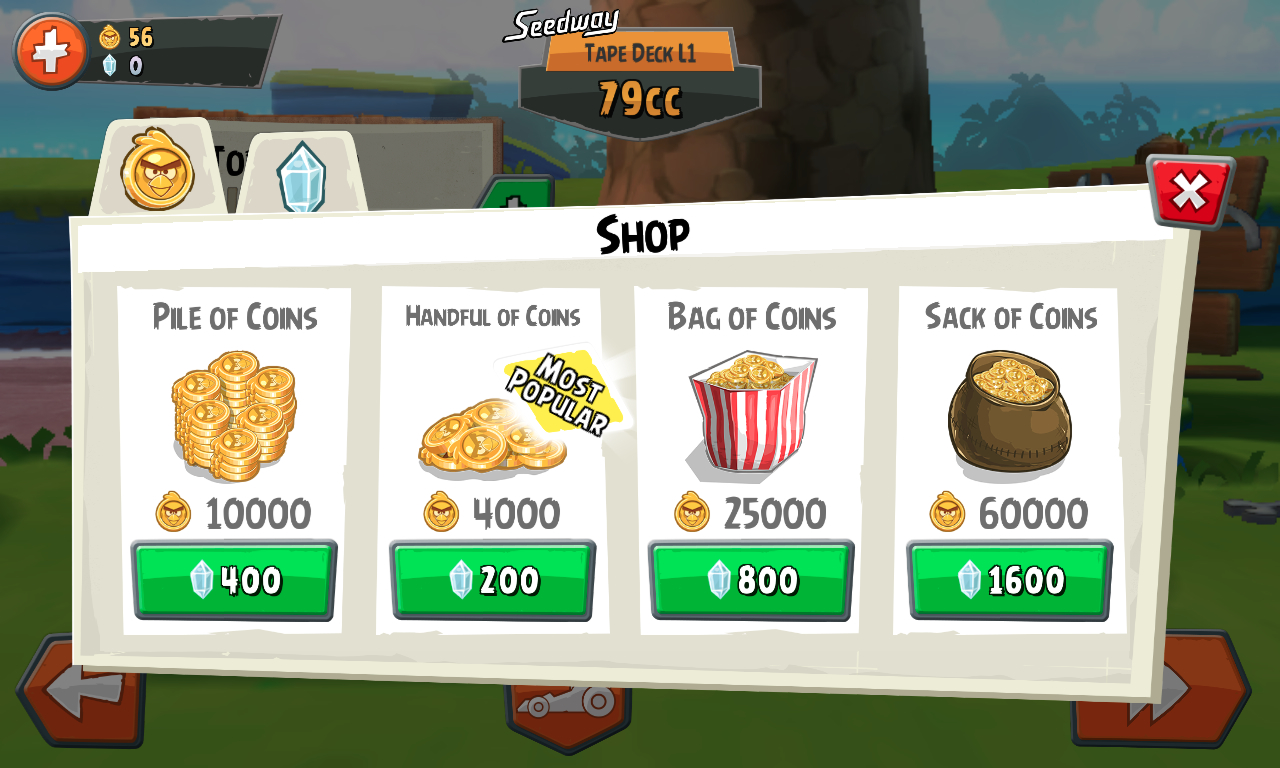 The Angry Birds team have a look in your wallet.

To have a chance of significant engagement with their users, indie developers need to front load their applications a little more to promote more usage before the point of 'why not pay?' arrives, and in general the in-app purchases need to be more generous, through the length of time they remain 'active' to the volume that can be purchased.

In general, one solid freemium IAP that has a a permanent effect (such as doubling coin values, or opening up all levels), should be the equivalent of a more traditional 'paid for' download. Everything else is a bonus!

What do you expect from your freemium games? Should they always be playable right to the end, or do you think of the free portion as being the demo mode for a full price app? And where do you stand on temporary boosters as IAP?

Let us know in the comments.

Filed: Home > Flow > Why freemium is the future of developer income