Hang on. Which bit of Developer Preview don't you understand?

As usual, it's Andrew Orlowski at The Register who sounds the same voice of reason that I've been trying to project since last Monday. You'll note that at every turn I've called Windows Phone 8.1 by its proper name of PREVIEW (for developers), this is not some  commercial release that's expected to be bug free. If you read the subtext of my round-up, you'll even have spotted that I was rather disappointed that all other sites were calling their looks at 8.1 'reviews'. Whoever heard of 'reviewing' something which hadn't been formally released to the public? Happily, Andrew is in agreement and the title above is lifted from his editorial.

Despite the modest increment, Windows Phone 8.1 is the biggest update in Windows Phone's history - and is possibly the most extensive update made to any smartphone platform. Features such as the Cortana voice assistant and notifications management were well received after they were revealed at Microsoft's Build conference this month, and the Preview release was rolled out to developers on Monday.

However, a thread of gripes on user site WPCentral has reached almost 1,000 comments in three days, and similar sentiment is expressed on the Reddit subforum.

A valiant attempt to list the positives users do like has mustered around 30 comments. The general complaint with Windows Phone 8.1 is that Microsoft is moving away from the original concept of "Hubs" which aggregated various services and apps - and is making Windows Phone it more like Android. Or "WINDROID", as one griper calls it.

Microsoft made getting hold of the Developer Preview of 8.1, which existing users won't get until the summer, very easy. Perhaps too easy, as anyone with a Microsoft Live account can download the Preview after a couple of clicks. So something that clearly isn't quite ready for prime time and that shouldn't be used as a primary device (the DP burns through the battery, for example, and gets keys confused) is being judged as the finished product.

Exactly. Now, don't get me wrong, I (and Rafe) jumped on the Developer Preview instantly, at least for one of our test devices each. And, as you'll have seen from some of our coverage here on AAWP, we've been having a lot of fun seeing what some of the new UI and features can do. 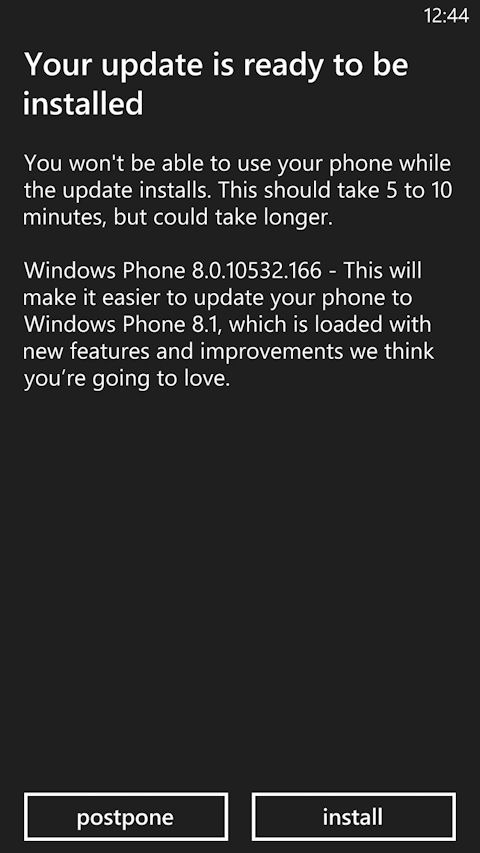 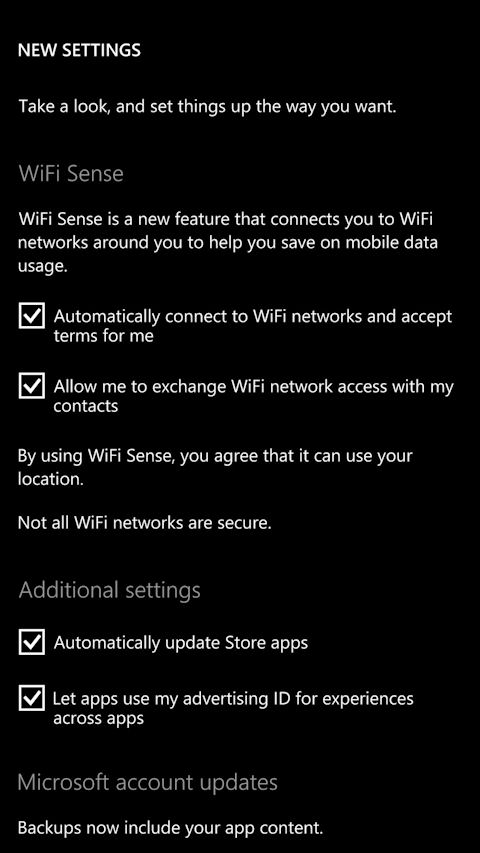 But let's not pretend that this is a full commercial release, and certainly not worth 'reviewing' or, indeed, complaining about, except in a way that feeds back bug information to Microsoft, for fixing.

Having said all of that, Andrew chats about some of his own gripes with the Developer Preview:

Any change to established working practices is bound to bring grumbles, but some design decisions are puzzling users. Text editing has changed subtly, as the method by which you manoeuvre the "cursor" (what old Windows programmers know is really a "caret", not a "cursor") into place has changed. With this one, your thumb covers up where you want the cursor to go.

The People Hub takes a step back by losing the useful "Recent" pane - I found this a very useful memory jogger. Clicking an entry in the phone history list now calls them straight back - rather than bringing up their contact card. (You must click a fiddly icon to bring this up). There's now a rather me-too-ish "Speed Dial" - a job performed by Tiles or Groups now. Many users have seen their comma key replaced with a full stop.

You may remember that I chatted about much of this yesterday, with similar concern. Maybe Microsoft could make this a setting somewhere?

I also found the on-device search pretty unusable. What happens now is that the Bing button performs its Internet searches (web, local, video and images) just as it does in 8.0. You must wait for that to complete, and only then can you perform the on-device search by swiping left. That can take some time. It's a pretty awful implementation.

And power management is very beta - with drops of between 20 and 50 per cent over 8.0 widely reported. All in all, it's not an end user release - but then it shouldn't be considered one really.

The 'speakerphone' button is certainly present (and fully working) in Windows Phone 8.1 on my device - maybe it's a curiosity in Andrew's phone? The search complaint is valid - you do have to wait, though on most 3.5G (or above) connections, it's only a second or so. Still, maybe Microsoft should detect that left swipe earlier in the UI interaction?

Power management is curious. I too have noticed that my Lumia's battery is drained about 30% more quickly - but I'd put a lot of that down to me fiddling with the new UI and Windows Phone generally! Still, I'm sure there are optimisations still to be made.

From reading through the many quite justified complaints you'd get the impression that this was a consumer release of Windows Phone. It isn't, it's a "Preview", and for good reason.

Microsoft hasn't released this because it loves Apple fanbois the most and wants to make them happy. It's released it so application developers can learn and incorporate the new APIs, and tweak their applications as they see fit.

So it's buggy. As you'd expect.

Microsoft has itself to blame here, because it wanted to lower the bar to encourage developers. Only it lowered the bar so low, an idiot can step over it. Cue outraged "consumers". It would have been more sensible to release it via MSDN or require some kind of accreditation.

Agreed completely. I'm very happy to have been able to play with 8.1 ahead of public availability. And am very happy if Microsoft takes some of my/our complaints as feedback for the final release. But, at heart, it's still a 'preview', so let's not expect perfection - yet.

Filed: Home > Flow > Hang on. Which bit of Developer Preview don't you understand?