Twitter for Windows Phone, last updated many, many months ago (heck, it was back in 2013!), has been updated in a pre-Windows Phone 8.1 burst of activity for the platform, though there's no requirement for the new version of the OS in order to run this new version. Your Twitter timeline on Windows Phone just got prettier and more interactive, anyway, check it out.

New for this brand new v3.2 are enhancements to sharing and uploading photos:

Some of this matches what's in the Twitter clients for the other platforms, though the Windows Phone version continues to have some unique selling points, not least being able to run an AMOLED power-friendly dark theme.

My biggest beef with Twitter for Windows Phone remains the unintelligent way it handles 'catching up' with mentions/notifications. Stop using Twitter for a few days and all of a sudden you've got to refresh and refresh and keep going until everything's up to date. Something's clearly not optimised here - it doesn't take that long to download a few dozen (or even a few hundred) 140 character textual tweets.

In addition, there's still too much wasted space in the UI (not helped by the new interactive in-line controls, to be honest), plus there's still no integration with 8.1's Action Center. All things for the next update, no doubt! 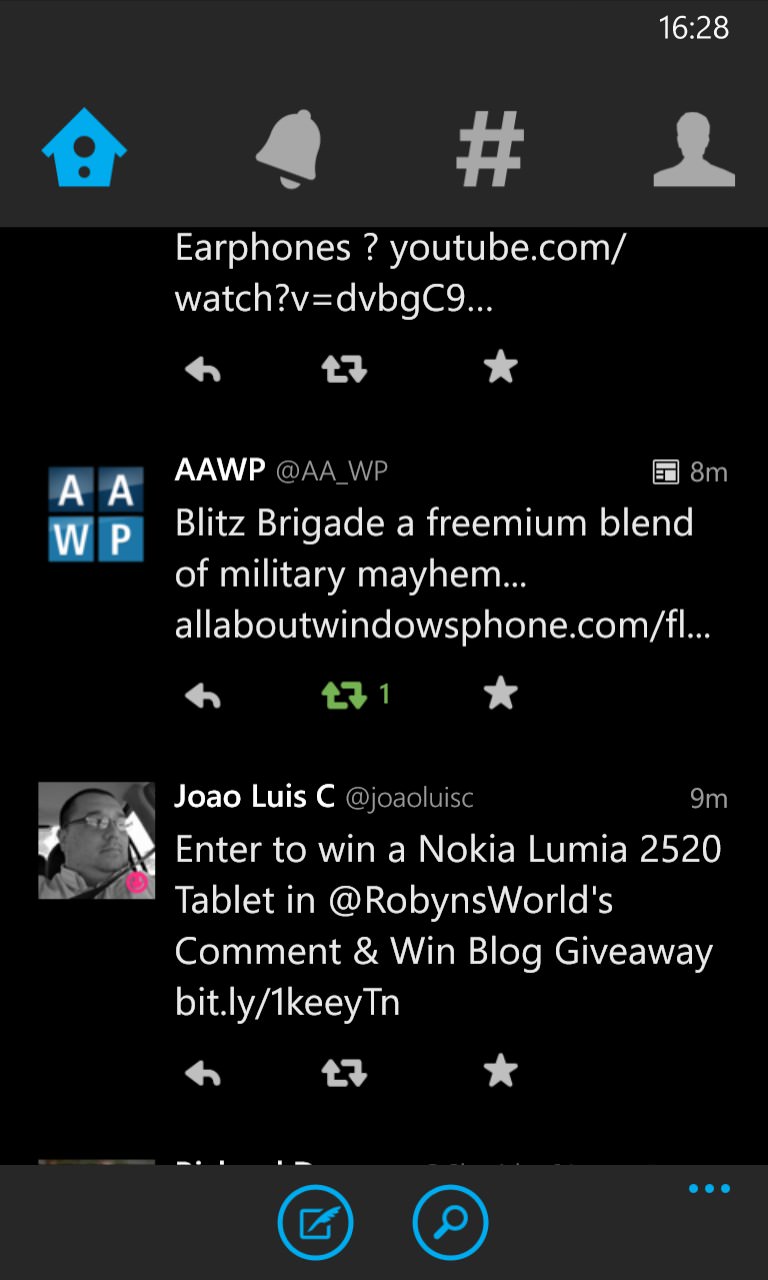 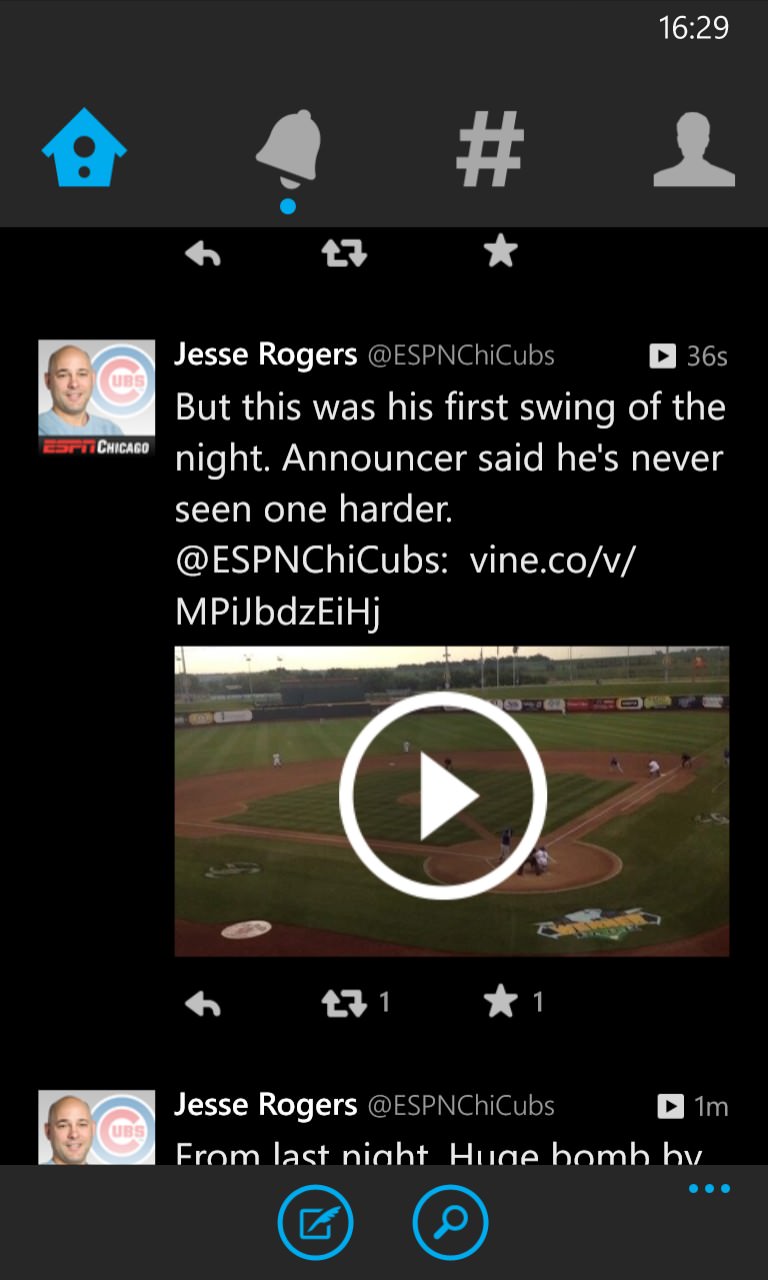 Left, the new interactive controls beneath each tweet... Right, the new inline previews for images and Vine videos.... 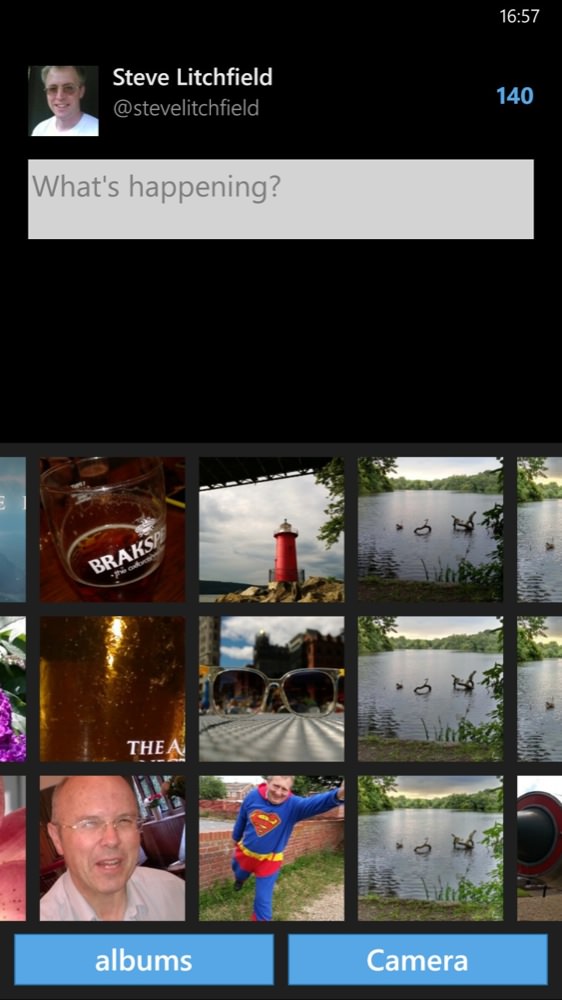 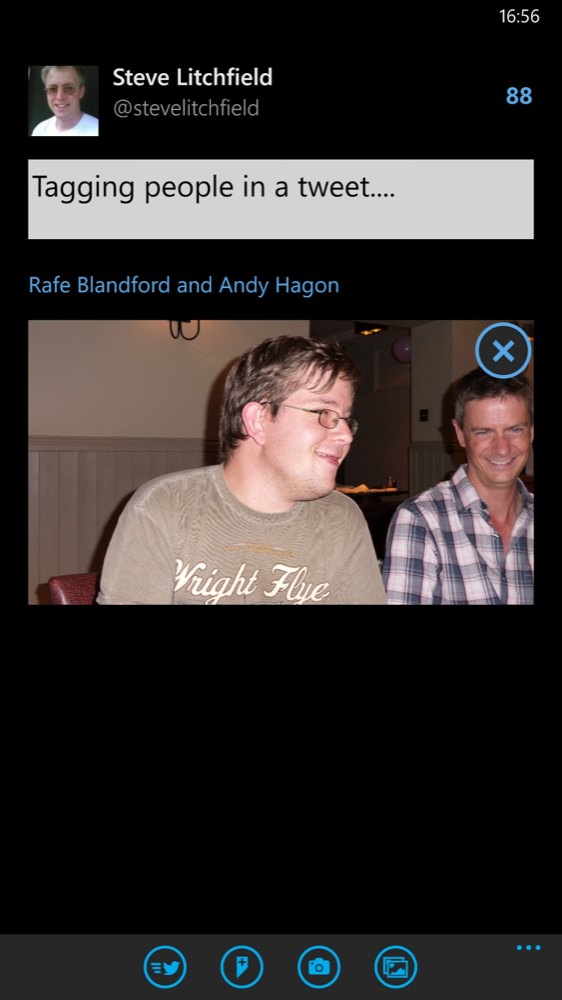 Adding a photo to a tweet, note the side-scrolling gallery system; (right) tagging people from your Twitter contacts in a photo....

Plenty for the Twitter development team to do then, but at this stage, we're just happy to see an update. Plus, the new interface looks rather splendid on the higher resolution Lumia 1520 - maybe this is the device that the devs were using? Some consideration for smaller-screened devices next time, pretty please!