With the likes of the Google Chromecast now widely available, capable of turning any modern TV screen into a smart TV, I've been playing with ways of 'casting' video from various mobile devices. Windows Phone, it turns out, isn't totally out of the loop, with Tubecast PRO demonstrated here being a fairly powerful and pleasant YouTube client with full (Apple AirPlay and) Chromecast support.

I started out with the idea of doing a full review, but it's clear, from both the almost weekly update schedule and the sheer amount of oddities and glitches, that Tubecast PRO isn't quite ready for the prime time - another couple of months of development (in tandem with Google's own Chromecast firmware updates) should see it much more reliable.

In the meantime, from the Store description:

Youtube. Watch, cast and Chromecast and AirPlay. Use Tubecast as an incredible Youtube client and cast Youtube videos on your Smart TV, Chromecast, UPNP/DLNA devices, Xbox & Xbox One... Perfect for having fun with your friends or chilling on the couch..

Here's a walkthrough of how Tubecast PRO works right now: 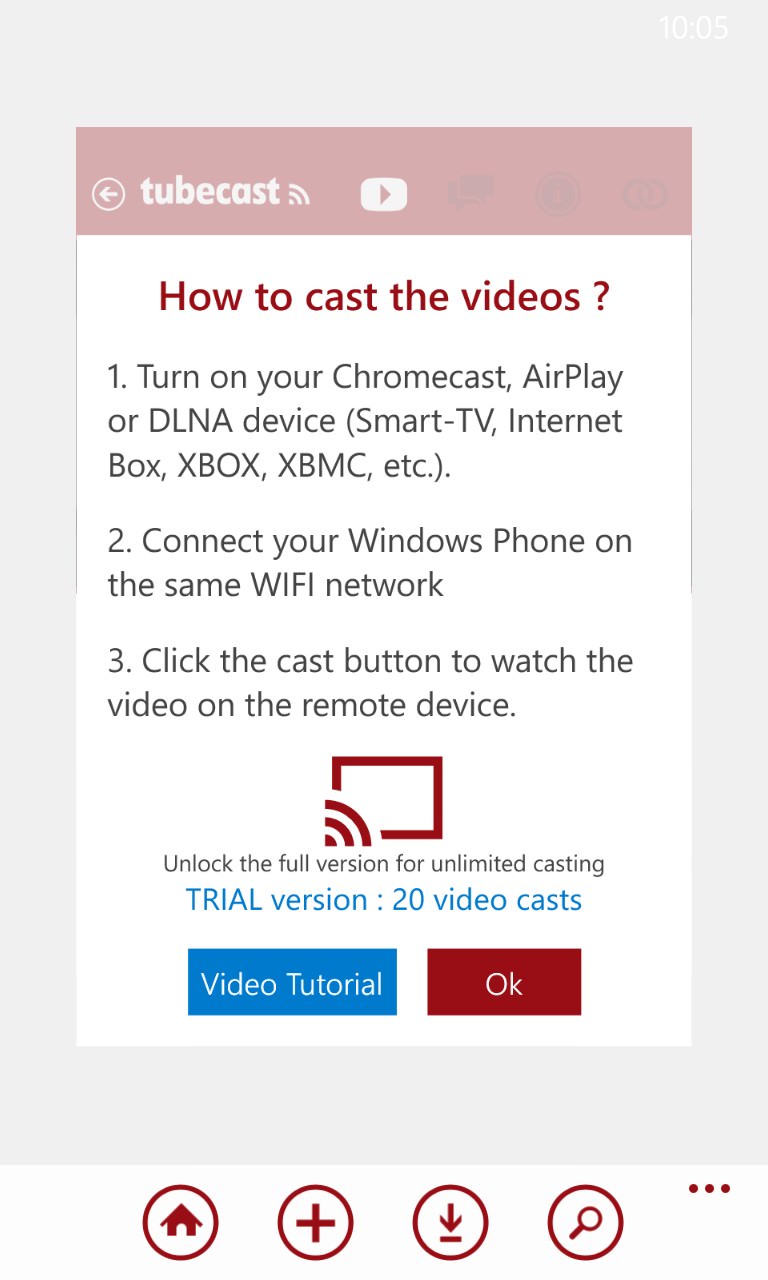 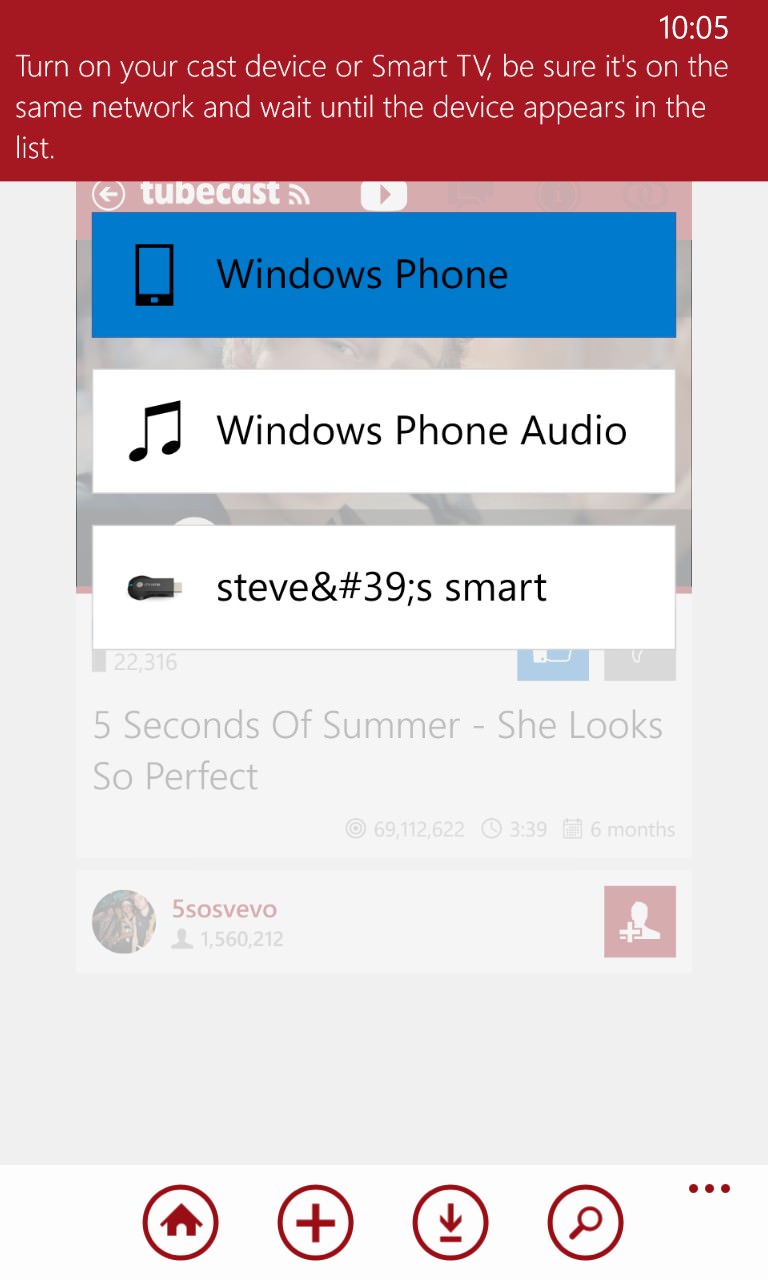 A nice opening mini-tutorial, with a link to a full video walkthrough; (right) first sighting of my Chromecast, even if the apostrophe character doesn't seem to travel well from Android/Chrome through to Windows Phone! 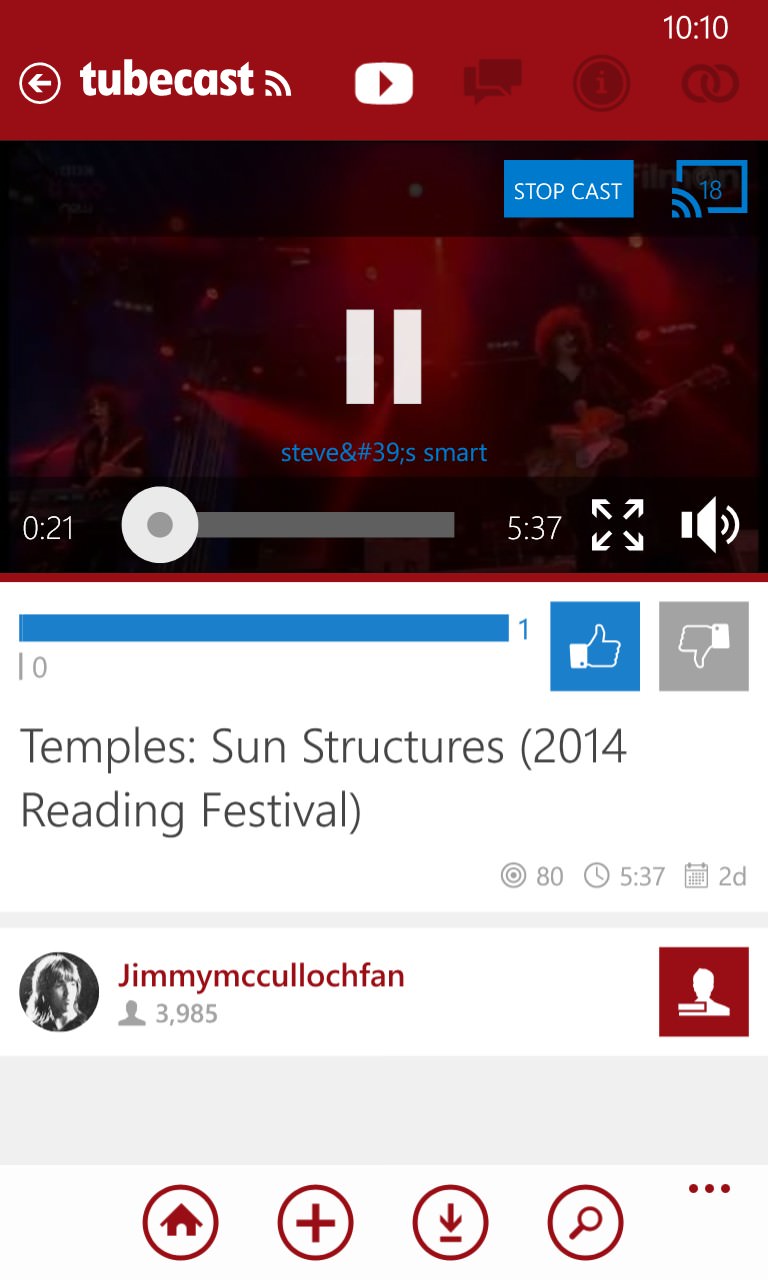 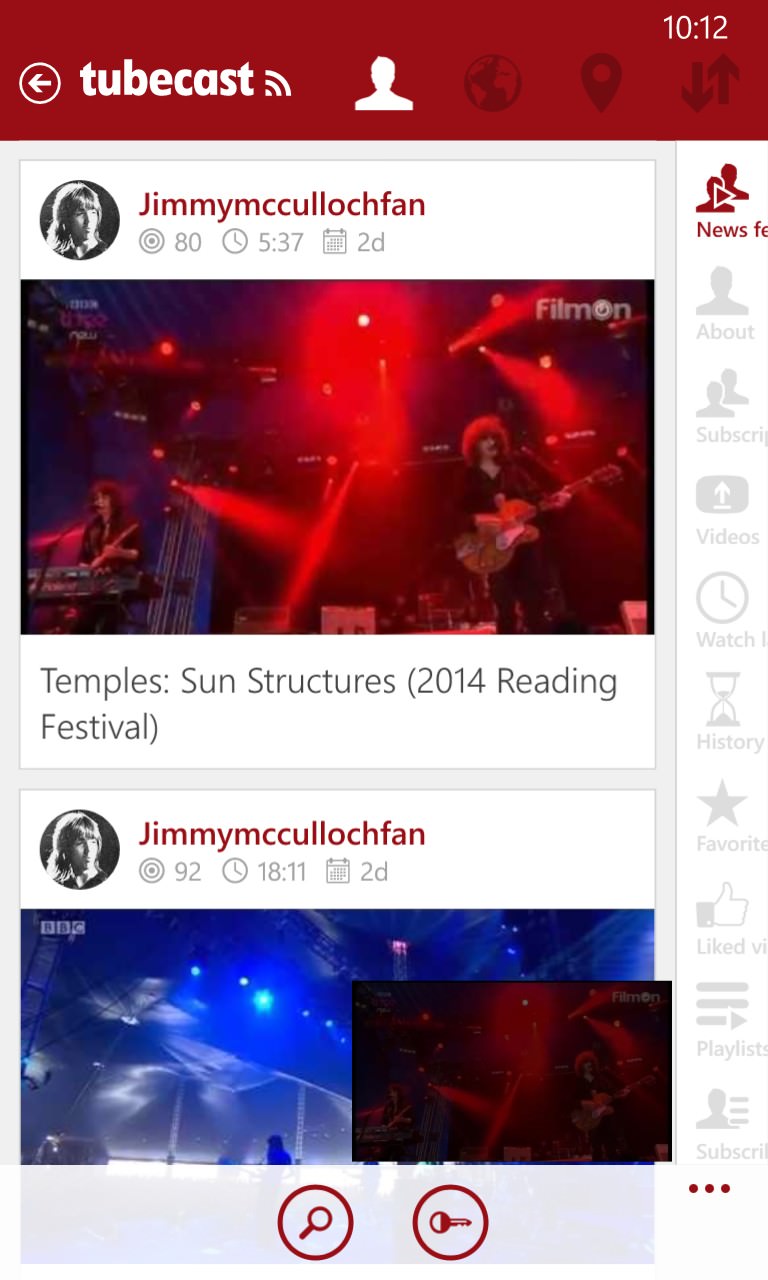 Starting a video playing and tapping the cast icon restarted the video but up on the big screen - casting was working first time, with no issues! (right) the Tubecast PRO interface includes all the usual YouTube sections, handily tabbed down the right of results/lists. Note that any playing video is shown thumbnailed near the bottom of the screen, Android-style - tap and hold to remove it here. 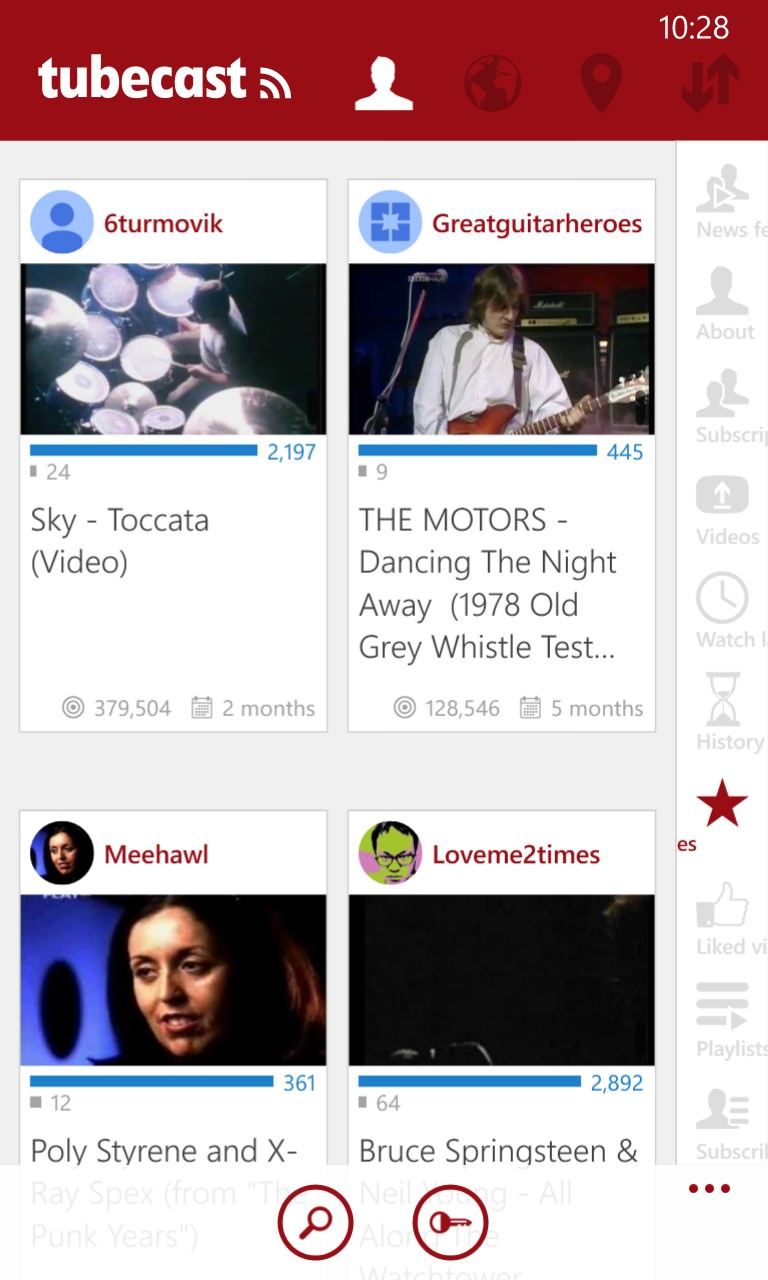 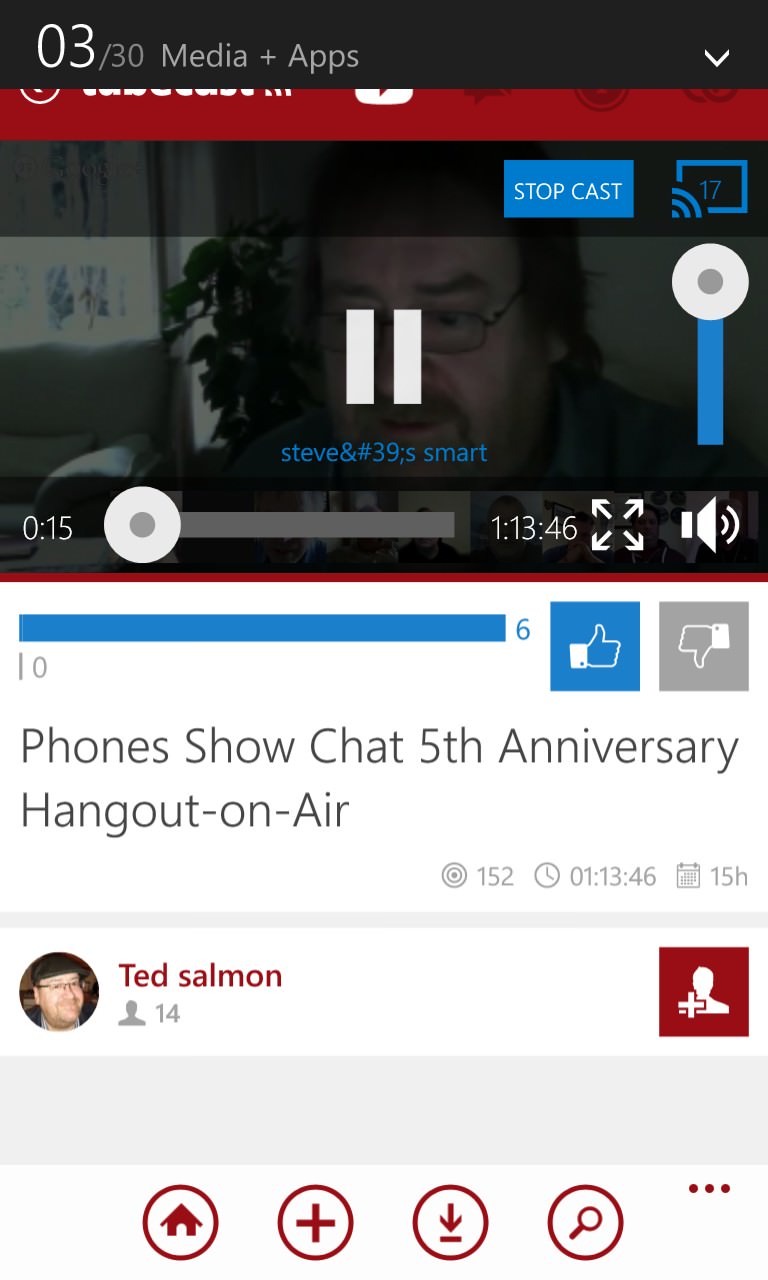 Here looking through my YouTube 'Favourites', the interface is smooth and modern; (right) playing another video through the Chromecast interface, volume is controlled through the on-screen slider, the phone's own buttons do nothing. [And, yes, Phones Show Chat is 5 now. Go us!] 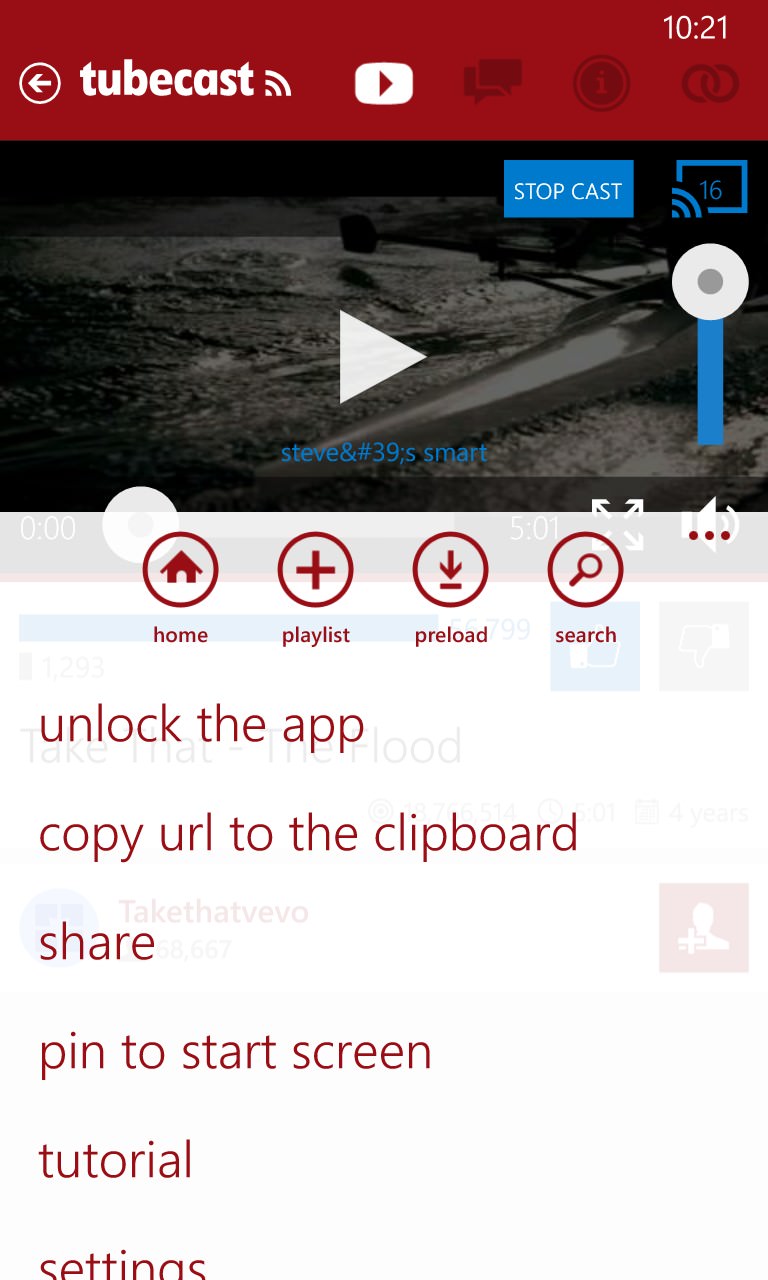 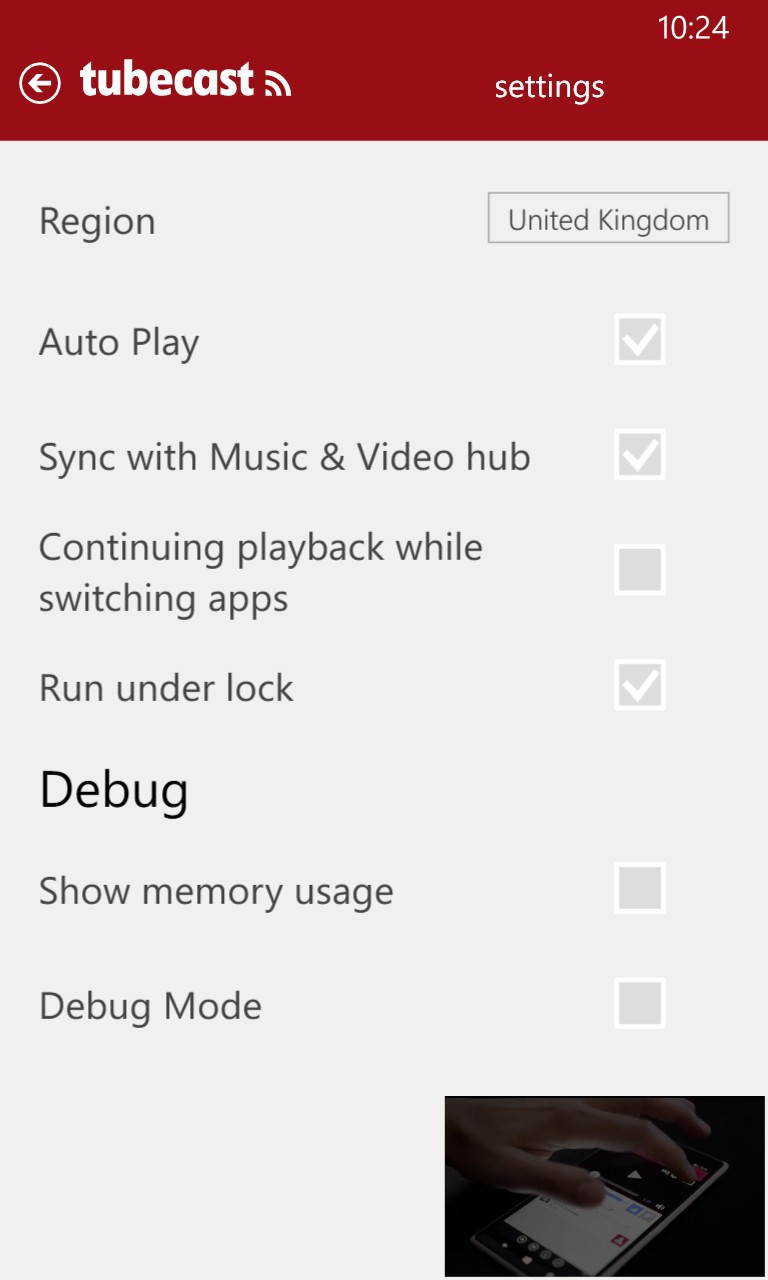 Opening up the main '...' menu reveals a way to turn the trial into the full unlimited application, plus ways to share and pin the current video, as you'd expect; (right) the settings pane is quite extensive, note the 'Run under lock' option, meaning that you don't have to worry about anything happening to your casting if the screen times out and the lock screen cuts in. 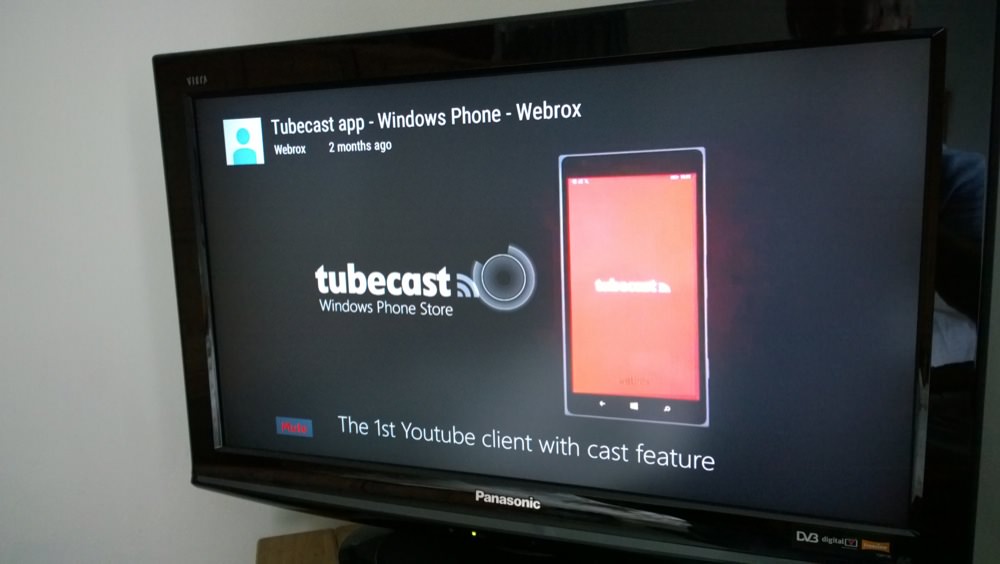 Rather self-referentially(!), casting the Tubecast tutorial video over to my Chromecast-connected TV... 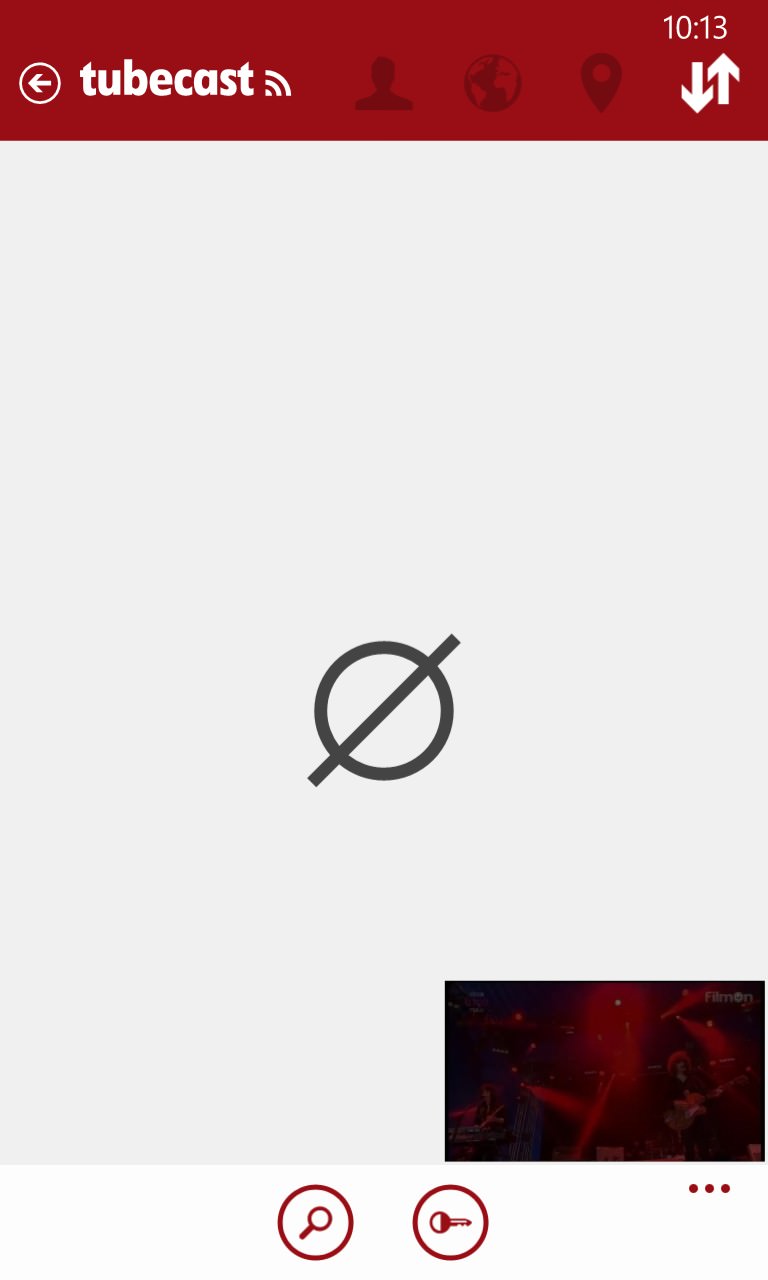 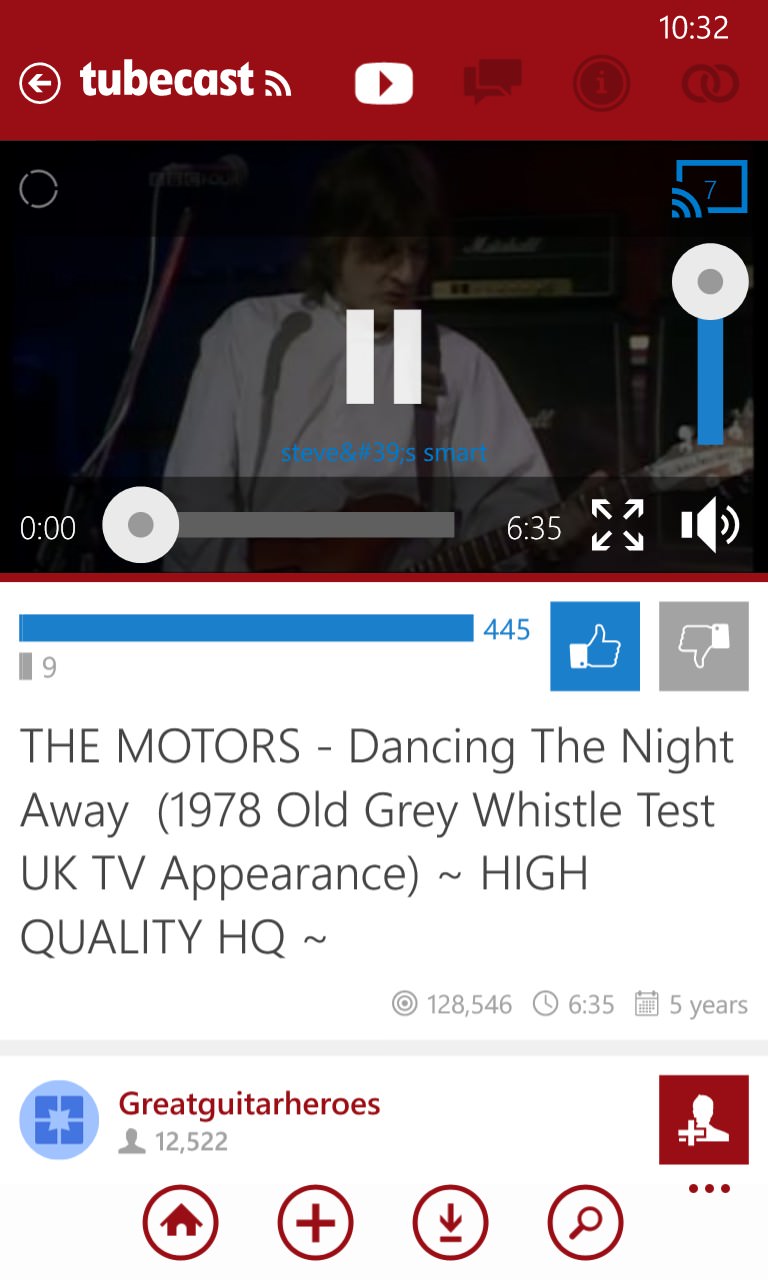 Then there are the glitches, just two of which are shown here. Firstly, the panorama got thoroughly confused at one point, producing page after page of null results. Secondly, the UI and controls started to freeze up. The video being cast starting refusing play/pause commands, then got totally out of sync, continuing to play the video shown above while the Chromecast was starting up playback of the previous video - both at the same time!

In addition, there's obviously a battle of updates going on, with Tubecast PRO trying to stay in step with Google. In my testing, 'seeking' a video (i.e. scrubbing along) didn't work at all - the playback position would update on screen and then the video would carry on merrily from the previous position.

Clearly work to do then, but showing a lot of promise in today's world, where 'throwing' a video around onto different screens is expected functionality. You can download a trial version of Tubecast here and then buy it in-app after you've done 20 successful 'casts', which seems a very fair way of arranging things.

PS. If you're tempted by the mention above, The Motors INSANELY great full length "Dancing the night away" is here.