Plumber Reloaded an old puzzle, but plentiful and well done

The puzzle type is an old one - icons on a grid which have to be connected, each to its partner, without any of the lines crossing any other lines. The implementation here is in the guise of pipes and you're a plumber, but what matters is that it's slickly implemented, with ratings and times, and that there are a whopping 430 levels to play through and try to solve.

A simple, fun, addicting fast thinking puzzle logic game at it's best. As a Plumber you have to connect color pipes so the fluids can flow without crossing paths. Plumber Reloaded is a game of logic, fast thinking and perception. Goal of game is to connect every two elements of the same color with pipes, so the water can flow. No problem, right? Well, the problem is, that pipes you draw cannot cross each other, you are limited to grid and moreover you have time running fast. So act quick, or you'll loose all lives and soon the game will be over ;)

If you draw the wrong pipe, just tap on base element of that pipe. Unlike all the existing Plumber games it’s not based on turning of the pipes, rather on joining them together. Currently game has 430 levels (puzzles) in 6 different difficulties, each with own graphics theme. Sounds that add to the positive experience and motivate user to play more and more. There are 3 game modes – standard 3 stars mode in which you can beat levels one after another, time attack mode with 3 different types – sprint, summer run and marathon – each takes different amount of random levels from each difficulty to solve. Third game mode is training where you can practice your skills. The game provides hours of good fun. The game is also called Arukone in some countries.

As you'll see from the promotional video below, the idea is to trace out connecting paths while keeping an idea in your head of where all the other paths are going to go, fitting in. Occasionally this means taking an outrageously long initial connecting path! 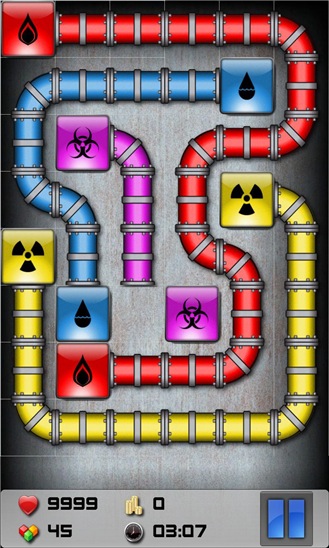 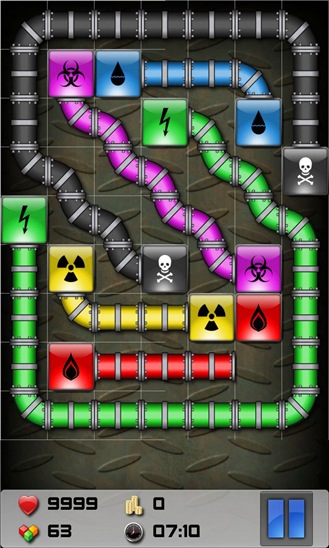 You can buy this outright in the Store for a dollar, or 79p. No trial, but then again no ads or IAPs or nag screens or messing around!