In fact, the full name of this handy gadget is the 'Pocketool Universal USB Mobile Phone Charging Cable', but this is in fact underselling it considerably, because it's not just for charging. The Pocketool also works fine for data/sync on every platform I tried it on - so all the wires are joined internally, not just the charging pins. Proporta might want to expand the description and title! Aimed at families in particular, the Pocketool has earned its way into my daily pocket widget collection.

The use case for the Pocketool is quite clear - as a dad (or mum) with kids, there will be a spread of devices around the family, from microUSB-equipped Windows Phones, Symbian and Android devices, 30-pin-equipped 'old' iPhones and iPads, plus newer Lightning-connector iPhones and iPads.

The one constant is that you'll have mains USB outlets in your home (most devices come with one these days) and 12V USB outlets in most cars these days. Plus any number of portable or emergency chargers from a myriad of companies (including Proporta's own Turbochargers, of course). The usual solution is to have a multitude of USB sync/charge cables, or to have one and then some fiddly (and easy to lose) adapters that fit over the business end. The Pocketool provides a 'solid' alternative, taking power (and data) from USB and dishing it out to any of its three flexible 'ends'.

The Pocketool is styled after a traditional Swiss Army Knife and looks the part, with one notable caveat: 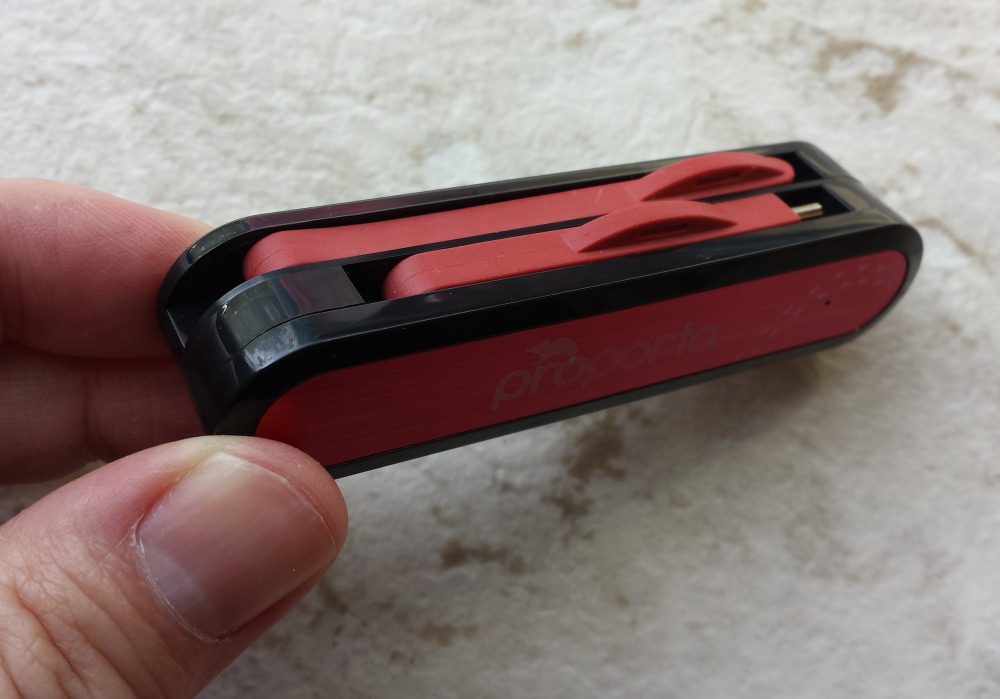 The caveat is that this is a wholly plastic design - it's incredibly light. Part of me wishes that the 'Swiss Army' styling had extended to a metal chassis, but then the gadget would have been a lot heavier - and pricier. At less than £10, it has to be plastic.

Plus this trendy new flexible conduit material (first seen by me here in the ChargeKey) for the wired elements, that fold out like the blades of a knife: 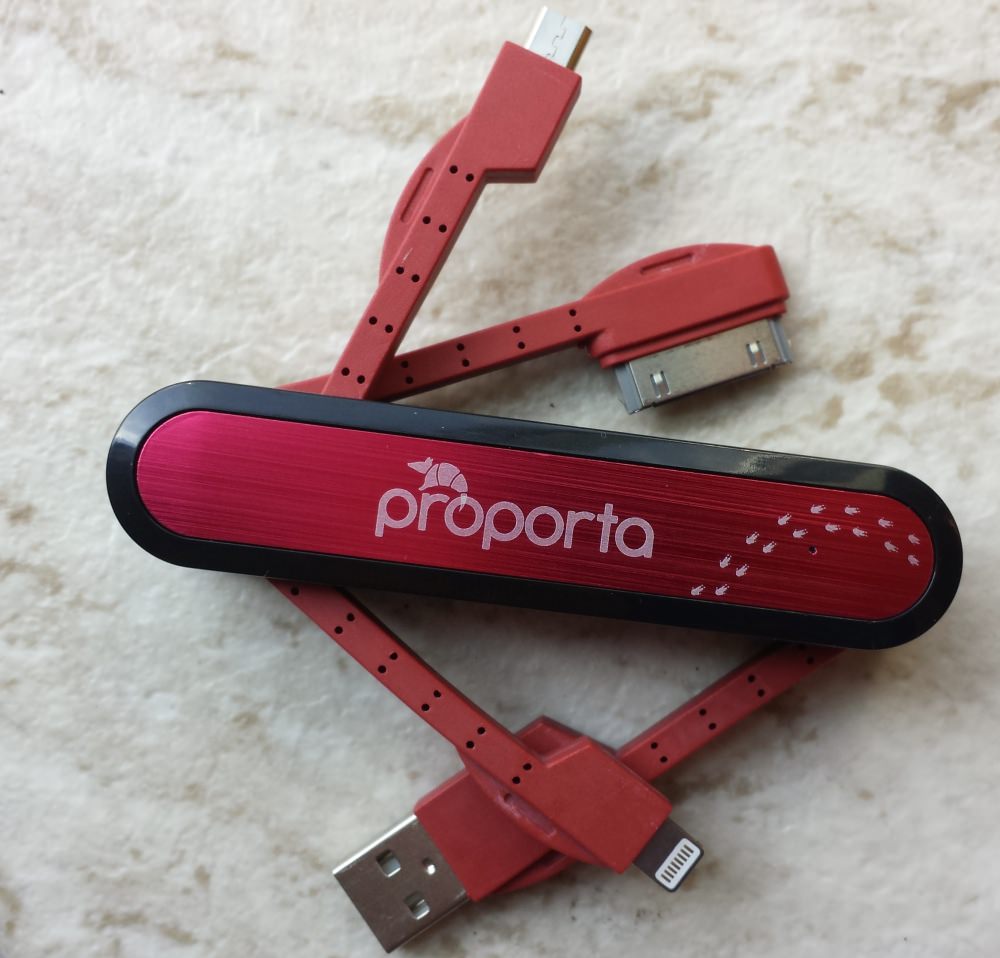 What you see is very much what you get. USB to any of three outlets. Here's the Pocketool charging my Lumia 1020 from a Turbocharger 7000: 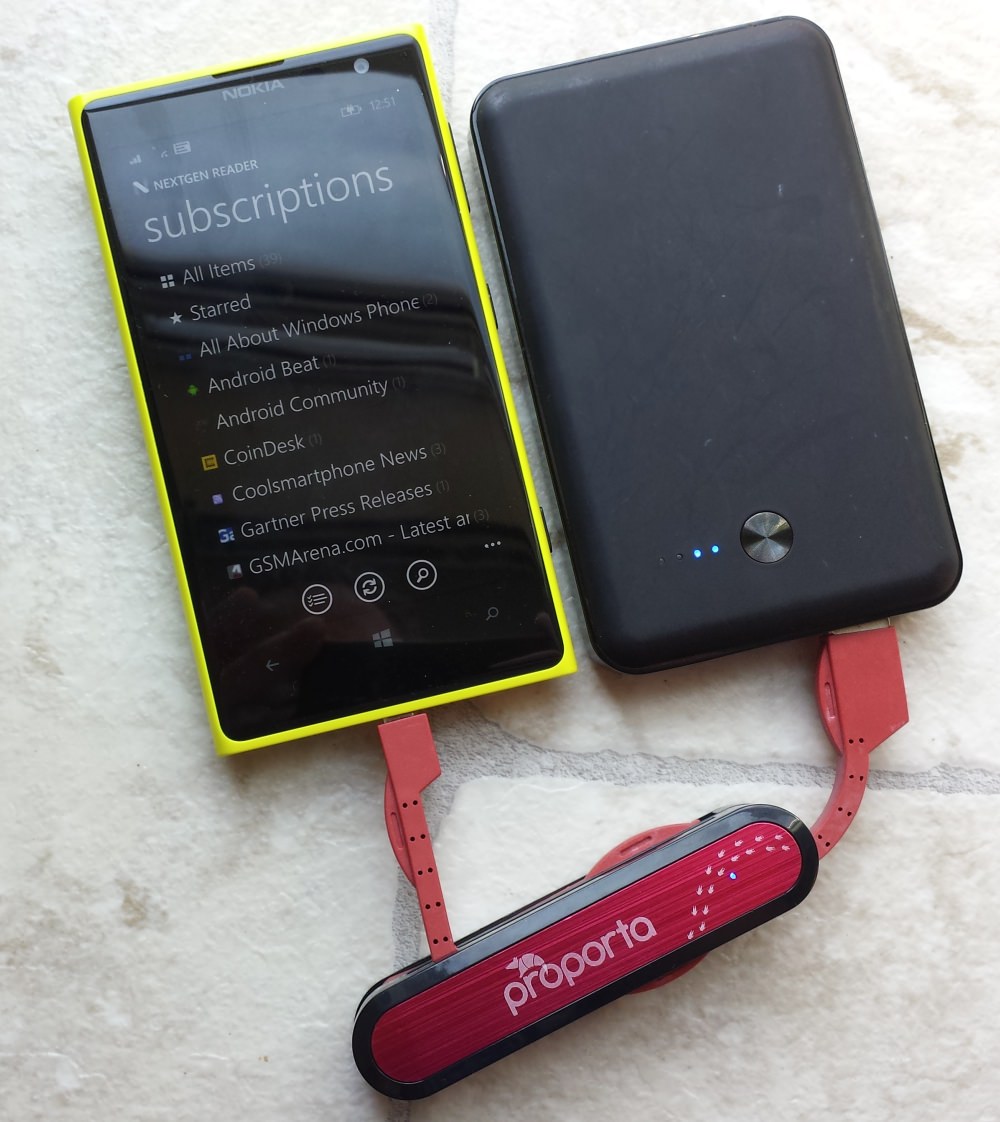 Note the little blue LED on the top/side of the Pocketool - this lights up whenever there's charging going on - it's a neat touch and something you don't get in a dumb cable: 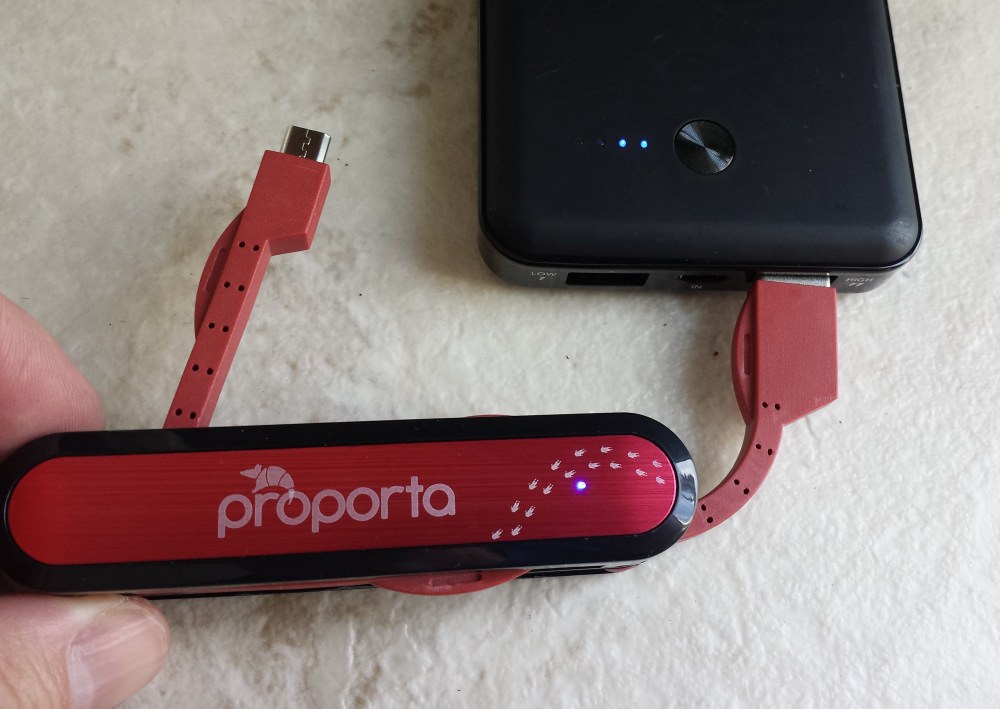 The surprise for me, as hinted above, is that this isn't just a bare bones charging solution - I successfully used it to sync Symbian, Android and Windows Phones from Mac and PC to the mobiles, i.e. all the data pins and wires are hooked up properly too, inside the little flexible joints.

Yes, the Proporta Pocketool is plastic, but it's also very light and extremely worthy of a place in the pocket - and won't break the bank at under £10 either.