The (nominally) anonymous service Secret, where people share their innermost thoughts and (possibly) State secrets, doesn't have an official Windows Phone client, but there are several written by third parties, not least this one, 6cret (presumably pseudo-pronounced as 'secret' still?), featured here. It's slick and fast, almost glitch free, and will get you up and running on Secret in no time...

Speak Freely with 6cret, a client app for the popular service "Secret"! 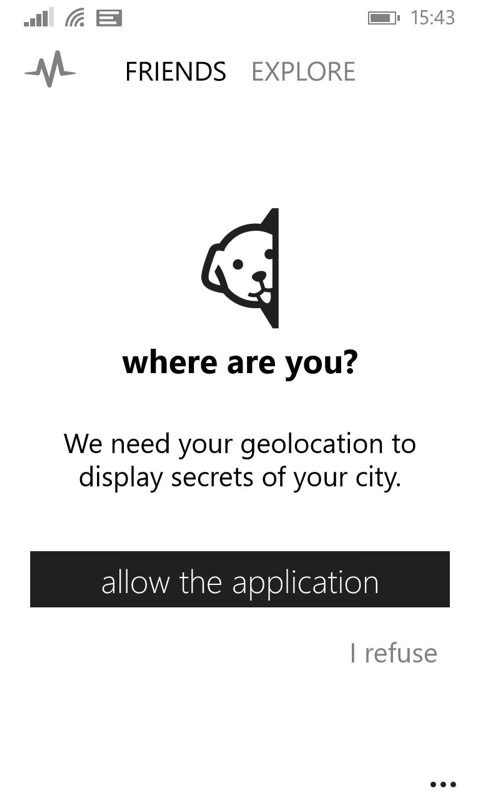 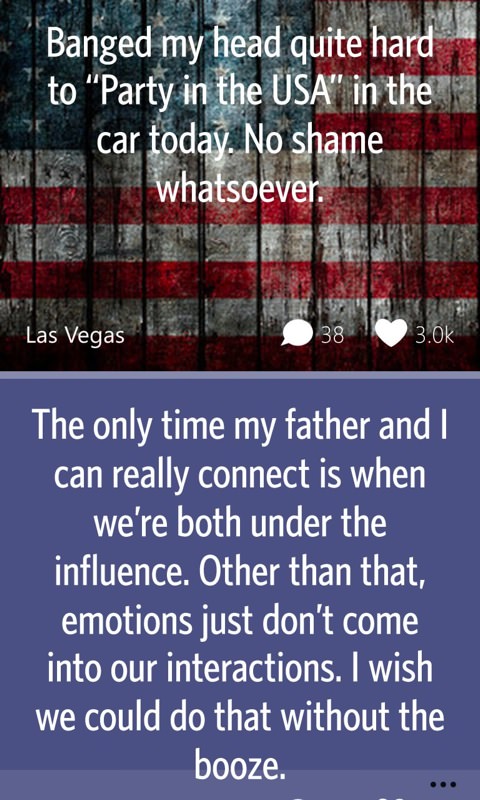 The first thing, after signing in, is to give permission for 6cret/Secret to use your location - it may seem a little odd, but you'll see why later on; (right) and then your into Secret itself, with real life secrets shared by others around you... 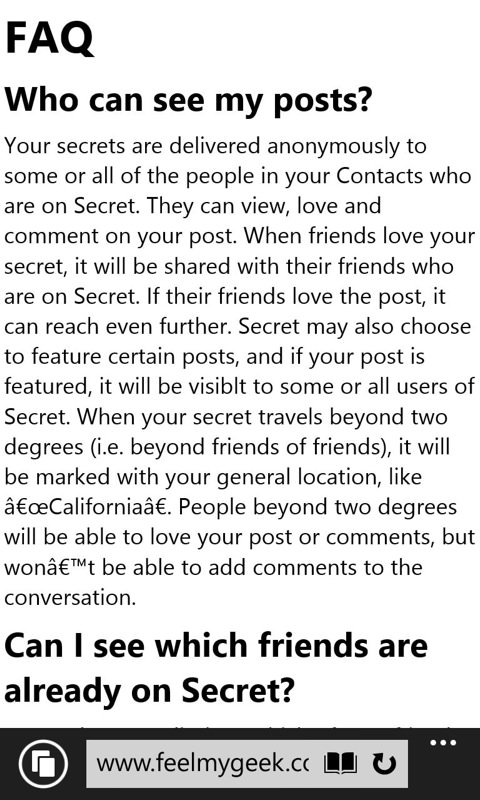 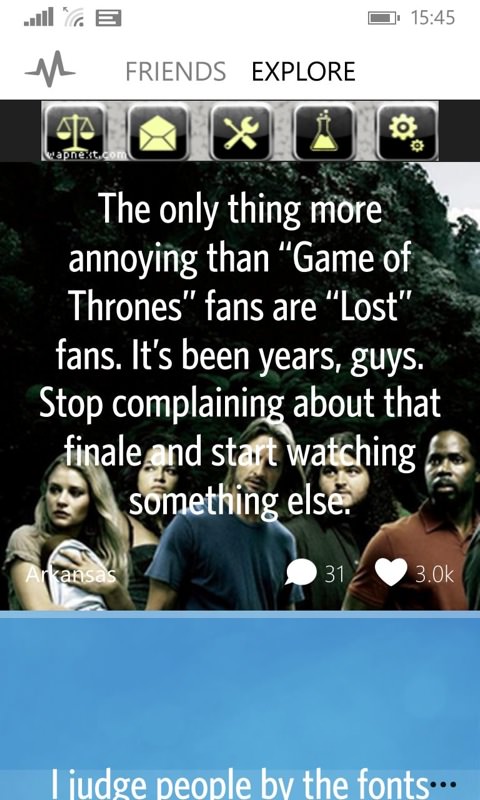 Delving into the FAQ on the menu reveals the reason for the location permission - there are clever algorithms in place to try and ensure that secrets shown are relevant to all parties. The end goal is an anonymous pseudo-social network; (right) more secrets, somewhat marred by the ad banner - is it just me that gets annoyed by ad banners which mimic application toolbars? 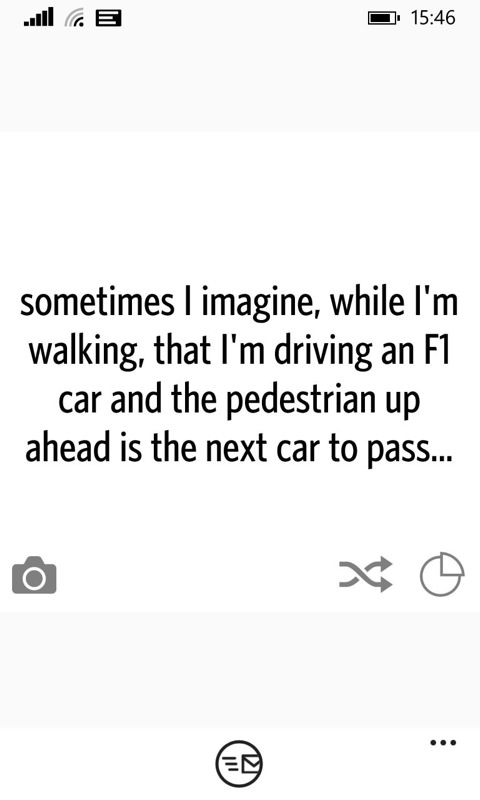 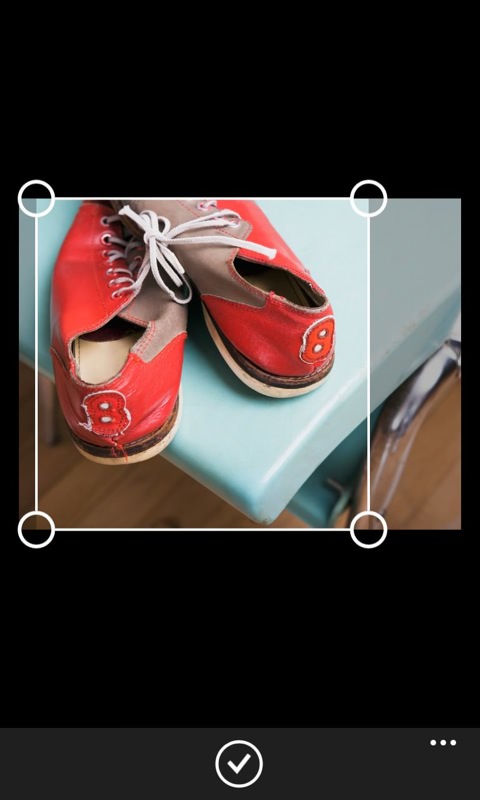 Starting to bare my soul (well, ok, just a little), I tapped out a secret and then decided to add a photographic background - plucked from my Photo albums on the phone. It turns out that you have to start from the photo and that all my text got lost, so I had to start again. Ah well, this was the only glitch I experienced. 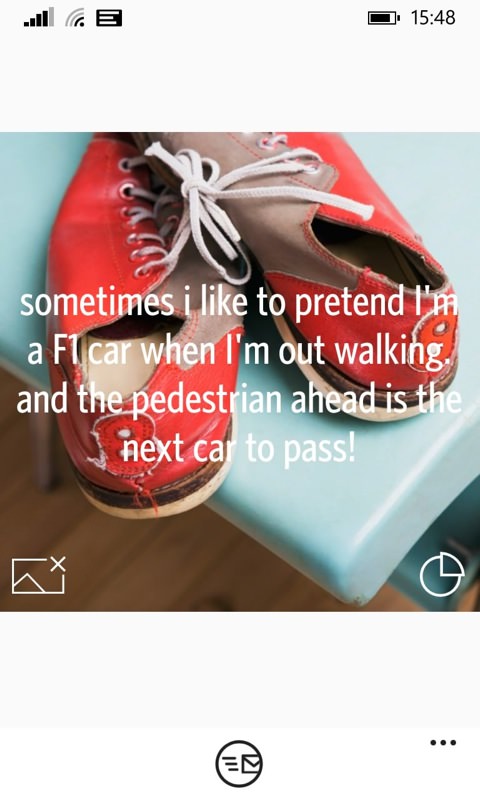 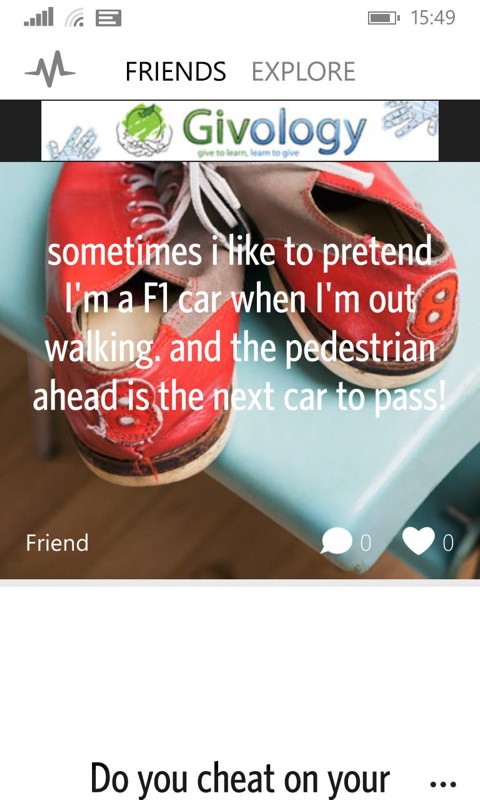 After that, it was on to retyping and posting my secret; (right) and it's live on Secret right now - I wonder you'll be shown it at any point? Gulp. How embarrassing.....

6cret is a free download in the Store here. As with all the developer's applications, it's slick and recommended.

PS. In the last few hours, 6cret has been updated yet again - Rudy develops at such a pace. The new v1.2 adds:

Filed: Home > Flow > 6cret brings the (not that) stealthy world of Secret to Windows Phone