This new Xbox Live title clocks in at the best part of a Gigabyte and brings the FIFA franchise bang up to date, with 10,000 licensed real player names (so 'L. Messi', and not 'L. Missy', for example) and an emphasis on team management and fantasy team assembly. It's not my personal cup of tea, but comments welcome if you give this freemium game a try. Are the in-app purchases reasonable?

FIFA 15 Ultimate Team features over 10,000 players from over 500 licensed teams. Plus, over 30 real leagues and stadiums! Build a dream squad of footballers and put them to the test. From the English Premier League and La Liga, to the German Bundesliga and beyond. Take the thrill of football with you wherever you are with the most authentic football game on mobile.

BUILD YOUR ULTIMATE TEAM
Earn, trade, and collect superstars like Lionel Messi and Eden Hazard to create your own fantasy team. Choose your play style, formation, kits, and more.

QUICK SIMULATION MODE
Put your management skills to the test with new Quick Simulations. Set up your squad, start the match, and watch it unfold. Make smart subs, tactical tweaks, and gauge team effort along the way. Your match results depend entirely on your ability to manage player skills and chemistry – taking authenticity to the next level.

REAL WORLD MATCH UPS
Play your favorite team’s next fixture, plus 3 other major match-ups happening around the world – every week!

TAKE CONTROL
Use classic controls – now with the “through pass” feature – or opt for new “Casual Controls” with fewer buttons. You can even double tap the joystick to enable tactical dribbling for closer control of the ball. Plus, if you have an external controller – don’t miss the chance to use it on the pitch for the first time.
Jump into the action and feel the passion of your favorite sport with FIFA 15 Ultimate Team!

You'll get an idea of the various game modes from the official screenshots and promo video: 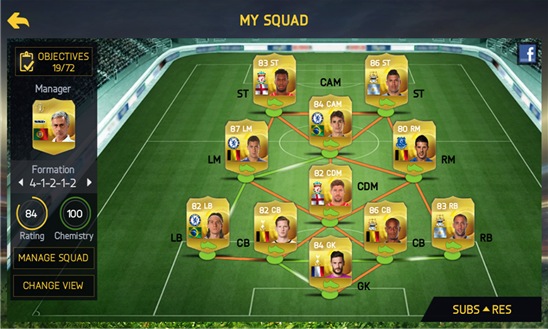 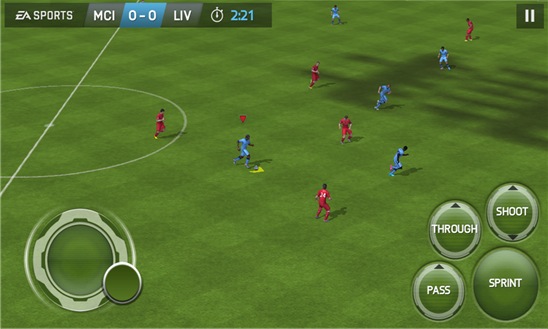 Tried and trusted isometric gameplay, directing whoever's got the ball and with handy thumb-placed controls... 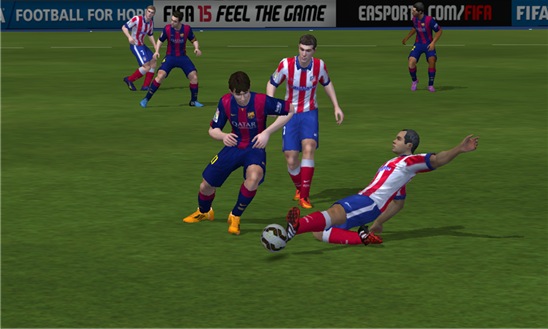 Specific incidents get replayed in rendered 3D, as here... 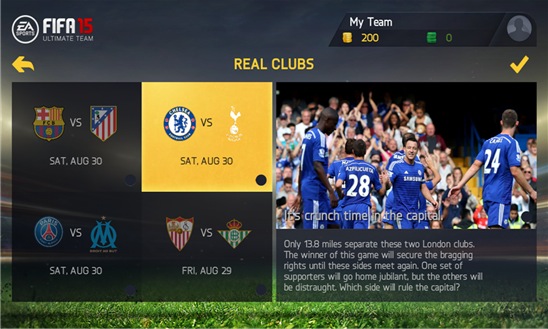 There's background behind the real teams and clubs, for the football enthusiast.

You can grab FIFA 15 Ultimate Team here in the Store.

And here's the promo video, for the fuller Xbox game, and not the phone one, but you'll get the idea. It's definitely more management than arcade action: