Mini-review: Mow down zombies in the ultra freemium Dead Target

Launched on other platforms at the start of the summer, the zombie shooter Dead Target appeared on Windows Phone more recently and has been updated only last week. It's the full title too, complete with cinematic soundtrack, zombies galore, blood and guts - and a myriad stats, currencies and freemium power-ups that need to be managed.

From the somewhat lengthy(!) Store description:

Dead Target is an FPS game where you can:
- Witness the stunning 3D graphics with detailed textures
- Enjoy the realistic sound effect and music
- Slay zombies in style with epic weapon system
- Upgrade your gears to face the upcoming zombies waves
- Discover the large game world with various locations
- Complete all achievements and quests to compete with your friends
- Set your nerve to the highest level to deal with different zombie types
- Interact with the environment to defend your position and stay alive

FREE AND FUN
- Dead Target is free to play, you can save up cash and get more powerful weapons
- Enjoy the feeling of slaying large assault of zombies pushing toward you.
- Choose your way to destroy all the zombies: aim to the heads, chop the limb and send them to the sky with grenade.
- New content updated regularly

ZOMBIES
- The zombies come with many forms and abilities
- Some zombies can be extremely danger with sick virus
- Sometimes shooting at the head is not the best way, think twice before decide to attack

WEAPON & GADGETS
- Multiple weapon types featured (rifle, shotgun, machine, grenade launcher)
- Keep ranking up to unlock the deadliest guns
- Some weapons can be weak to some types of zombie but may be strong against the others, always keep you equipped
- Feel like your weapon is not strong enough ? Upgrade it or buy a new one or simply purchase boosts from the store
- Choosing the right boost (no reload, infinite bullet, increase fire rate, damage, etc…) will make you the dominator on battlefield

There's a whole back story too, complete with 'missions', which all boil down to mowing down oncoming zombies before they reach you and inflict damage. As usual it's a see-saw balance between your aim and firepower and the number, speed and resilience of the incoming hordes of walking dead: 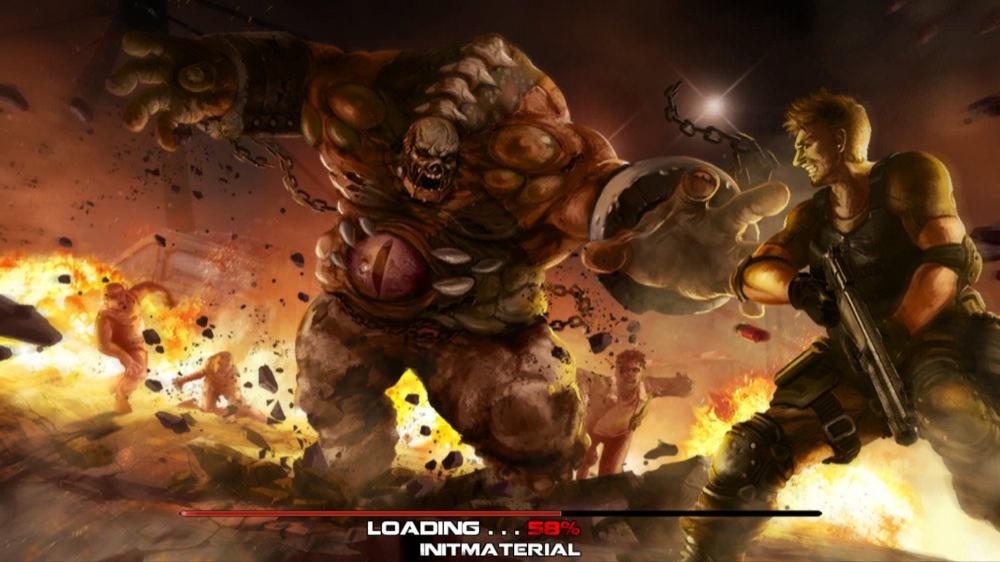 Epic/cinematic interstitial screens and soaring music set things up nicely and let you know that no expense has been spared in production.... 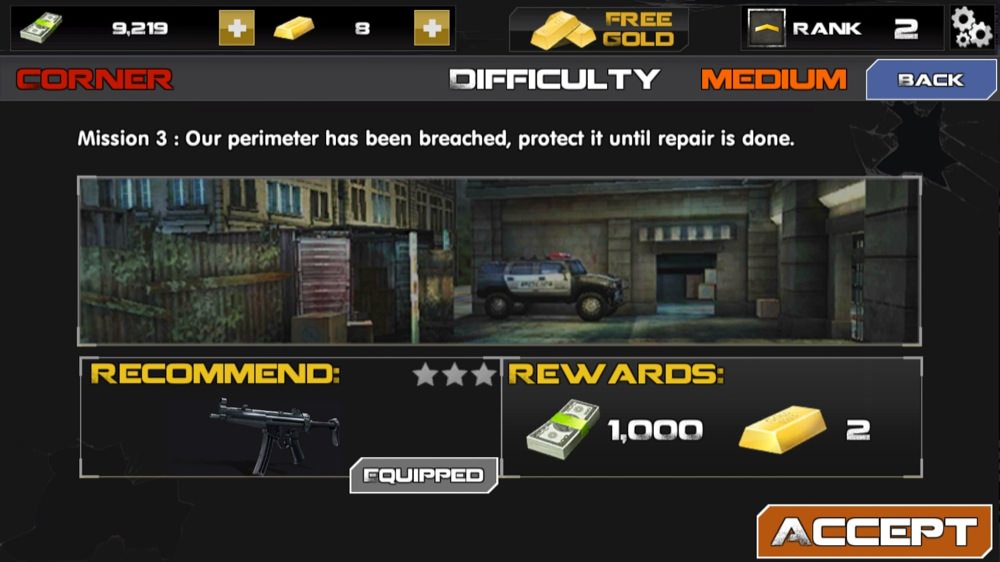 Another mission, more zombie shooting from a fixed vantage point. No, you're not allowed to move - but who cares, when you have a machine gun and the zombies don't?(!) 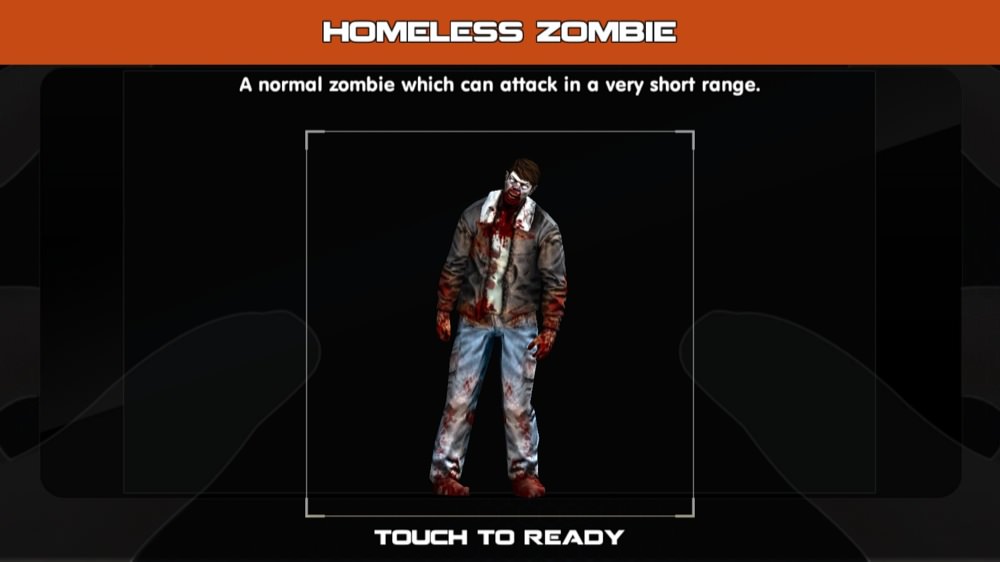 As the game progresses, the zombies get tougher, of course! 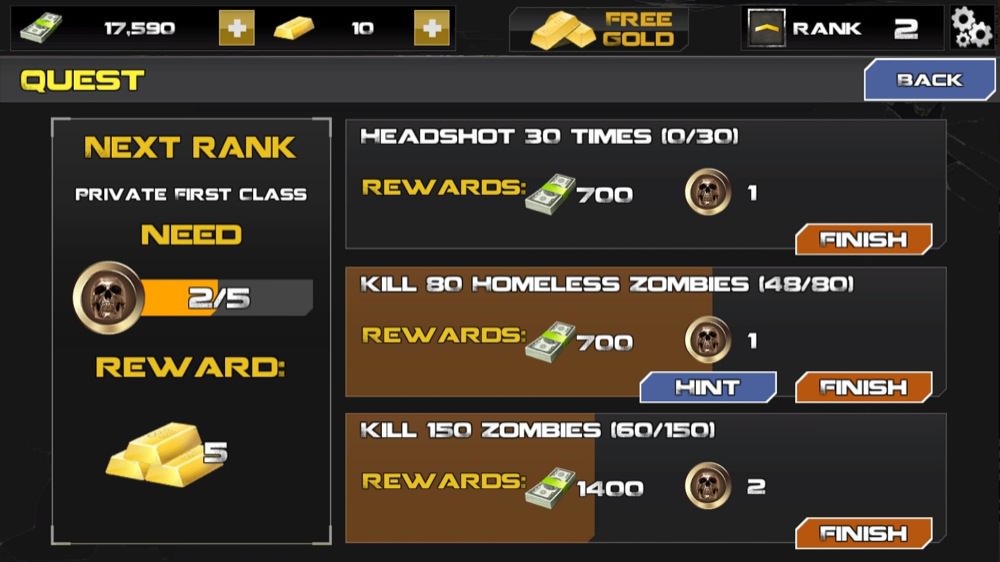 It doesn't take long into Dead Target before you're confronted with (fx: takes deep breath) ranks, rewards, challenges, currencies and gold, together with ways to achieve the former and prop up the latter, ultimately involving parting with real world cash. As many have opined in recent days, can't we just have a £3.99 game tbat we work through without all the complications? 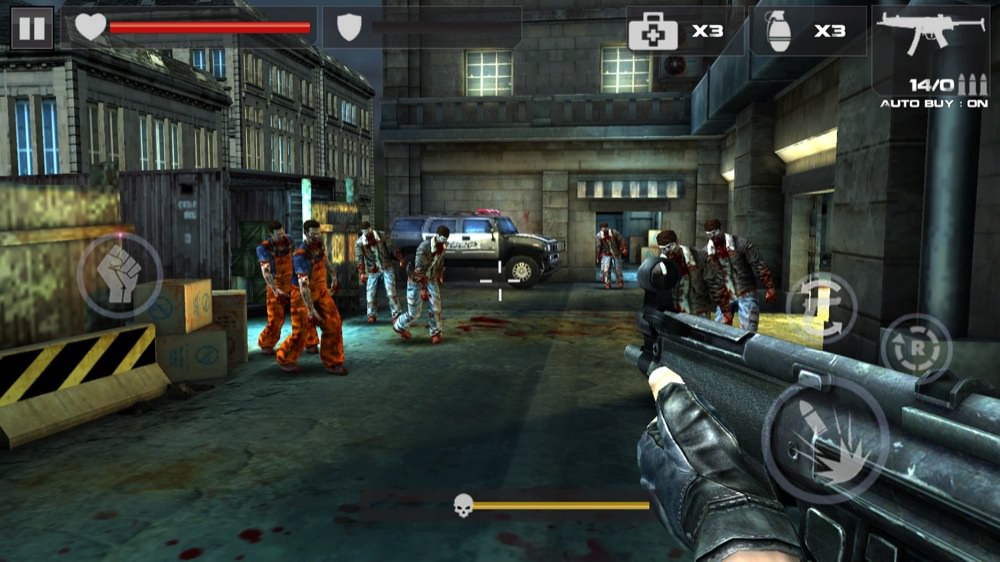 Once the shooting starts, zombie-slaying gratification kicks in, with a gravel-voiced commentator announcing things like "Head shot!" and "Unstoppable!". The zombies themselves act realistically and you can shoot out limbs and see them flop - you get the picture. 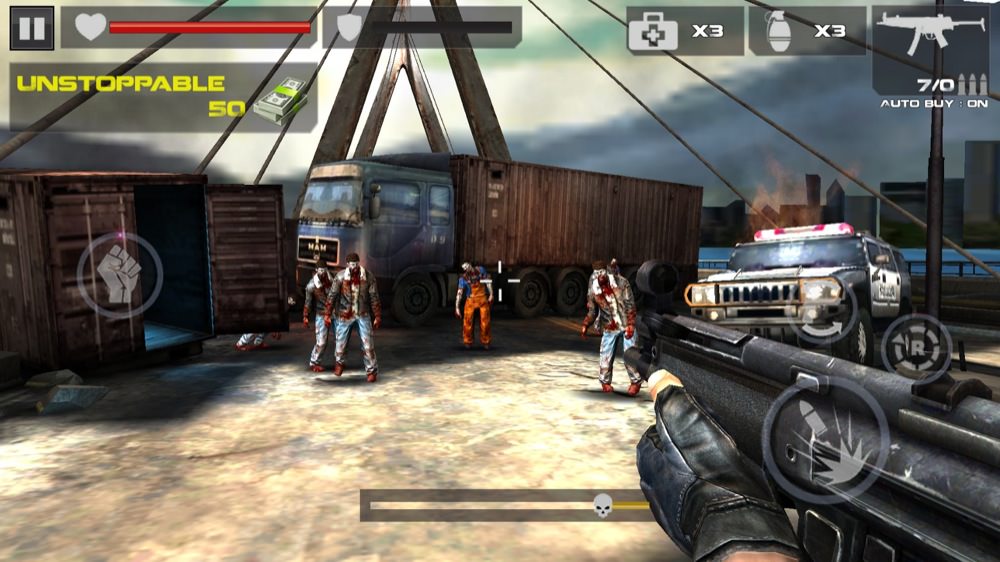 Another location/mission. You can't move, but you can aim (using your left thumb) and fire/switch weapons (using your right, etc.) Top of screen meters indicate progress, health and ammo status.... 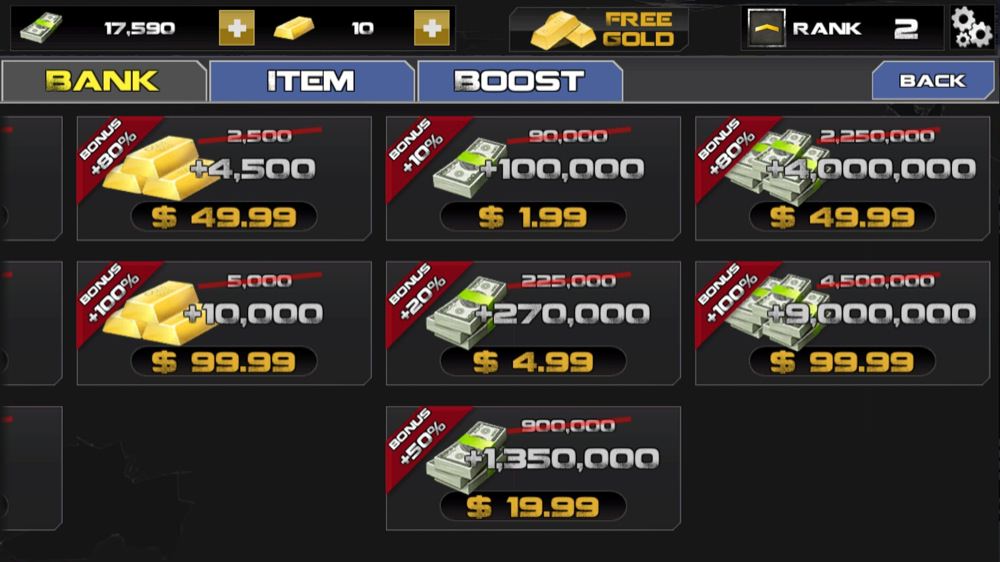 When the time comes to power-up, or complete a tricky mission, you'll get to the point where you'll need more gold. Do my eyes deceive me or are there really two $99 in app-purchases in there? Wow. It's downright unethical - developers deserve to be paid and $2 and $5 price points seem very reasonable. But the rest are clearly only there to trap the greedy or stupid or unwary. Urgh. [And now I sound like a zombie] 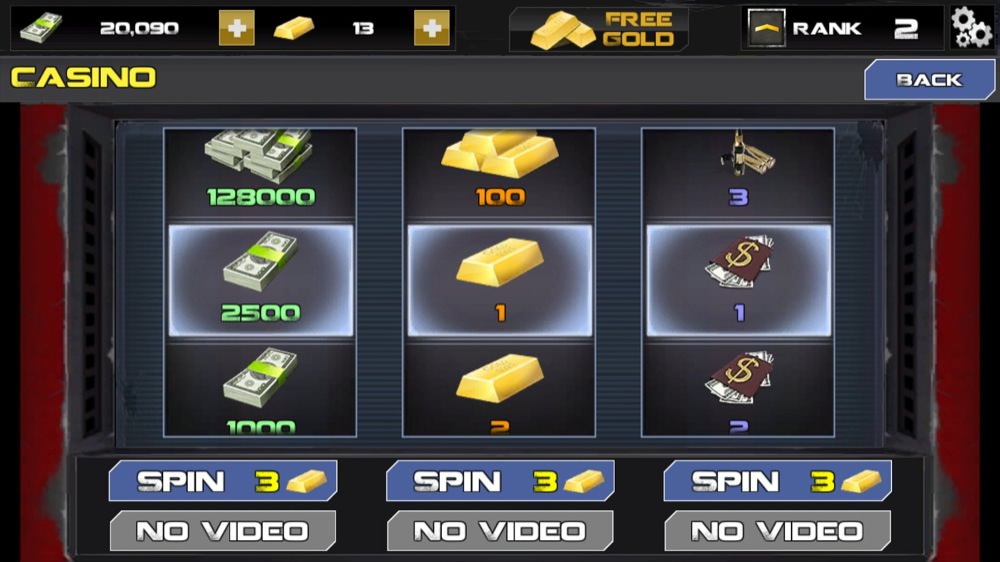 Extra casino mini games let you gamble for more of the various in-game currencies. It's all a bit too much, to be honest. Let's just have the shooting bits and less complications. Please.

Gameplay is not always as simple as it first seems - some zombies require specific shots to bring them down, you can also shoot explosives that take out multiple zombies in one go, and so on. The missions/levels are well thought out and well drawn, with mature gameplay after many months on sale now across other platforms.

Recommended for a bloody blast, but watch out for freemium complexities and, as ever, comments welcome.

You can grab Dead Target here in the Store.