The difference between 'cropping' and 'reframing' when there's no oversampling

We're used to Nokia's (imaging) flagships coming with oversampling cameras in recent years, with a 'reframe' function built in, in order to resample a portion of an image from the underlying high resolution photo. You'll be familiar with the idea, seen in the Lumia 1020, 1520, 930 and Icon. However, other devices (e.g. Lumia 830, 920, 735, and so on) don't have oversampling and yet still have the 'reframe' function as part of Nokia Camera and the Photos hub. What gives? 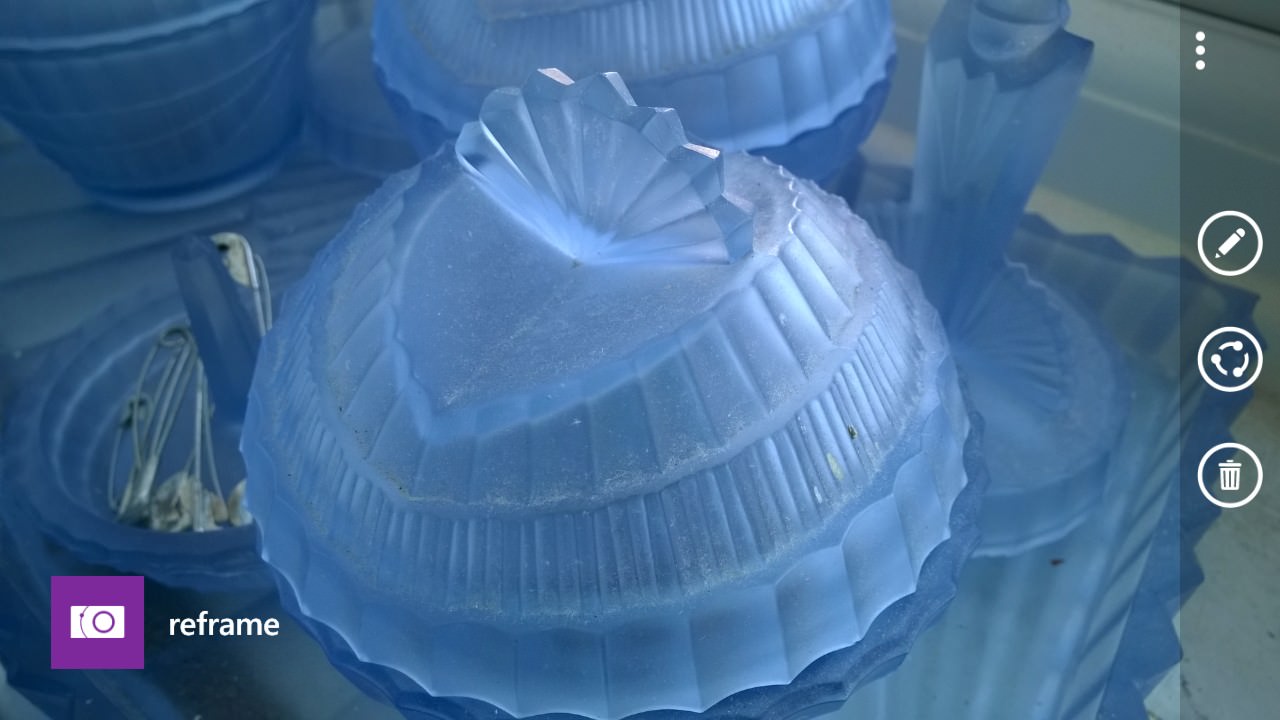 Begging the question: What's the difference, in terms of image quality and output, between 'cropping' and 'reframing' when there's no oversampling in the camera? I.e. 'reframing' is offered as the default way to 're-open' immediately captured images, but on the toolbar there's 'Edit' and if you open the image from Photos, there are multiple ways to 'Edit', not least using Windows Phone's native 'Crop, rotate, auto-fix' option.

On the likes of the 1020 and 930, reframing doesn't alter the output resolution at all, i.e. there's intelligent resampling going on, but this clearly isn't the case for lesser device cameras, where this simply isn't possible. Or could the operation be doing some fancy interpolative sampling of its own?

So, time for a test. Reframing or cropping - what's the difference to the resulting photo quality?

[Coincidentally, the same phrase used famously in the bulldozer scene in HHGTG: "Some factual information for you. Have you any idea how much damage that bulldozer would suffer if I just let it roll straight over you?" "How much?" said Arthur. "None at all," said Mr. Prosser.]

I did some experimenting: 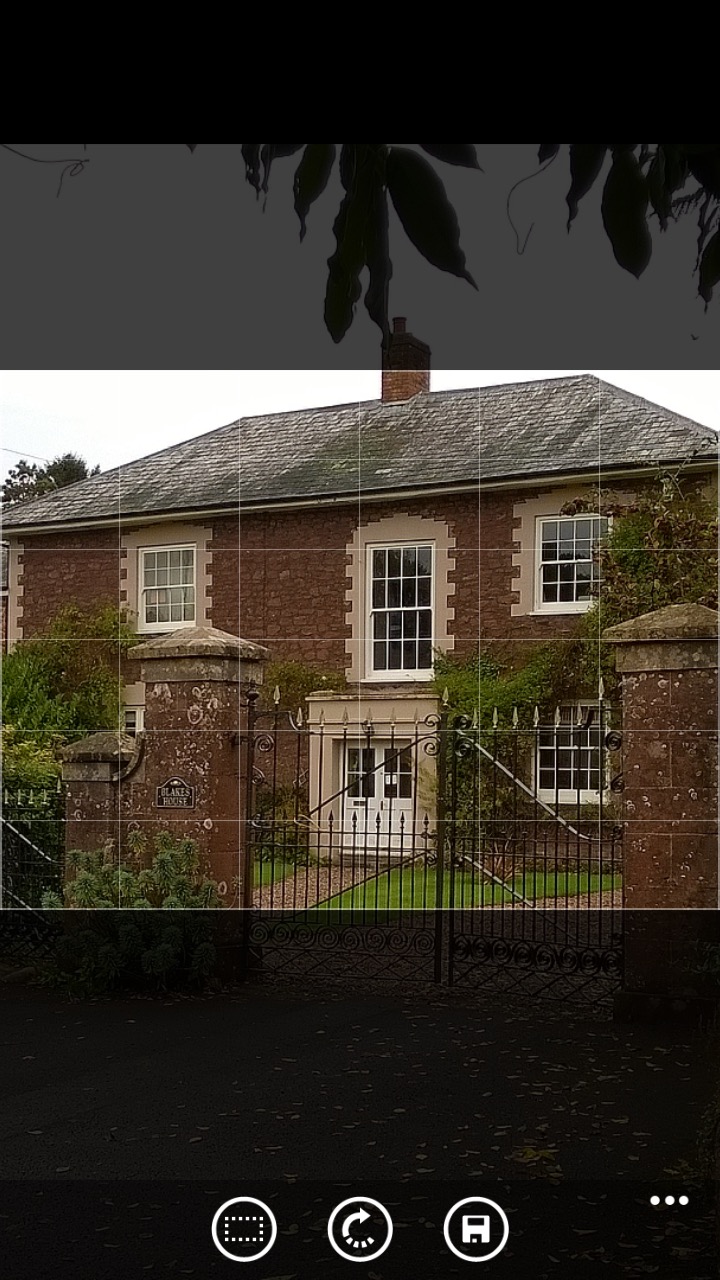 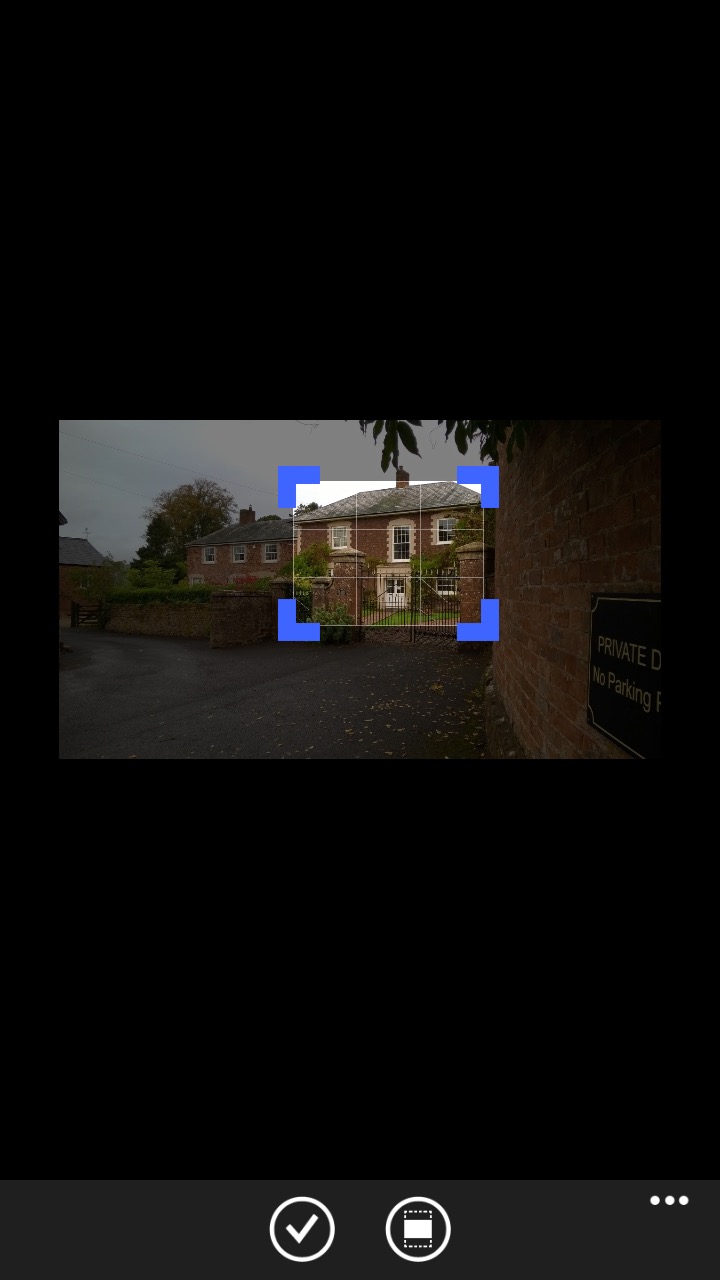 On the left, using the 'reframe' tool to multi-touch zoom into the original image, on the right, selecting an area for 'cropping'.

The end result of each operation was.... exactly the same. In other words, 'reframing', or 'smart cropping' as some have taken to calling it, is - for devices without oversampling cameras - essentially no more than 'cropping'. Which is a trifle confusing for the end user, I'd argue.

PS. Although the results were identical, there are two usability differences that are worth noting (see also the comments section below):

Filed: Home > Flow > The difference between 'cropping' and 'reframing' when there's no oversampling