File me as a hardened pinball fan and I made straight for this new pinball title in the Windows Phone Store. It's terrifically fluid and detailed and well worth the purchase price, though do note that you only get the one table/scenario. Still, plenty to get your teeth into!

Hardhat Zone is an innovative 3D Pinball game that takes place in a construction site, buzzing with activity, workers and machinery!

Bonus items, stacking combos and a revolutionary 2 player vs mode! Compete with your Facebook friends for the highest score!

The game is based around a full 3D model of the table, with 'lego' like workers, cranes, signs and much more. You see all this occasionally as the viewpoint swings out and about, it's beautifully drawn and modelled.

Here's my illustrated mini-review and walkthrough: 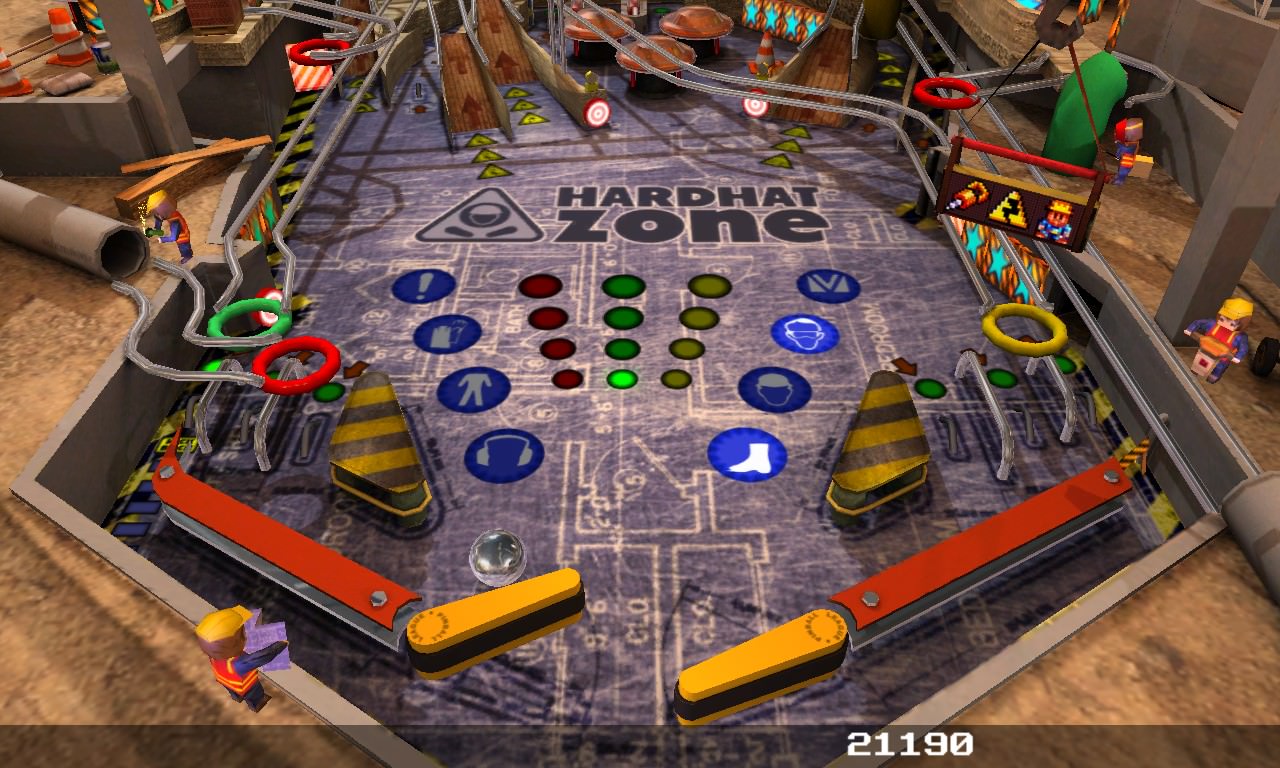 The textures and detailing are terrific - and better on a real device at full resolution than on this web page! 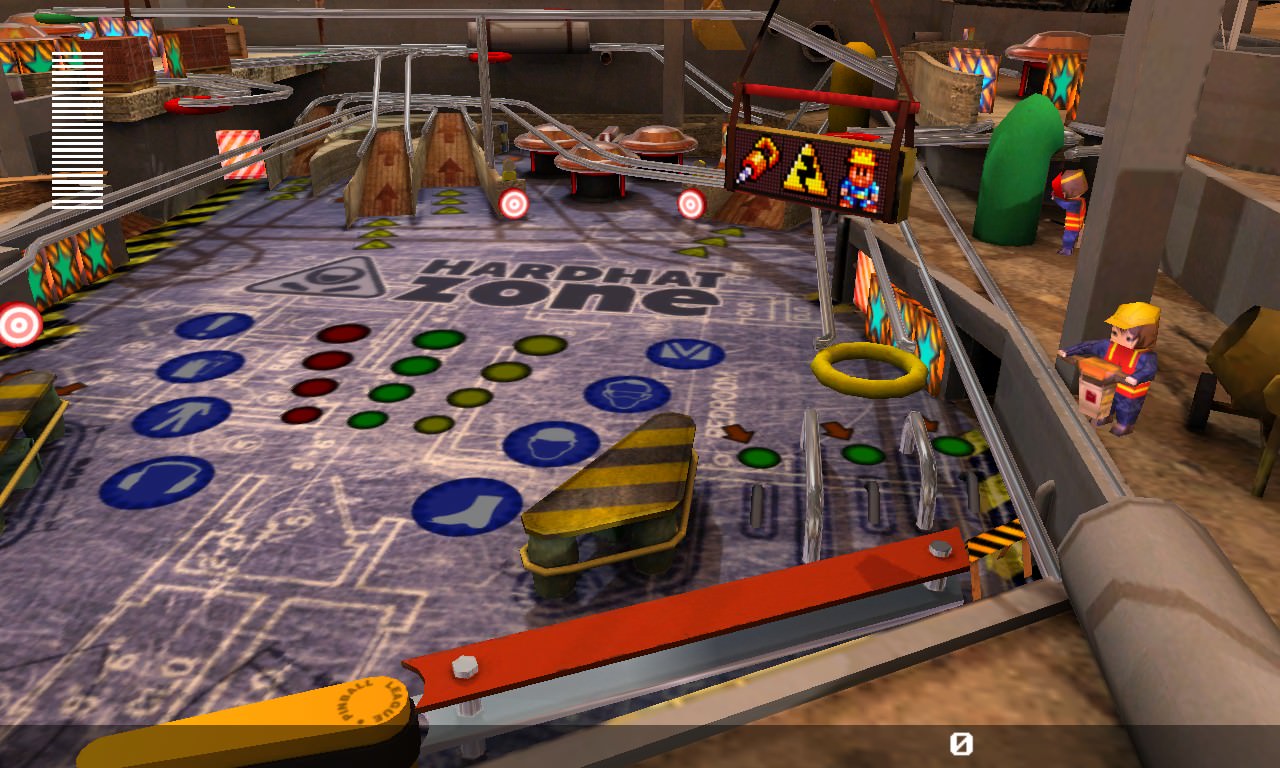 The 3D viewpoint swings round and the action is fast and fluid. If anything, a little too fast - on the test Lumia 830, either the screen refresh wasn't fast enough or the ball moved so fast that I sometimes lost track of it! Maybe a ball speed setting could be added?(!) 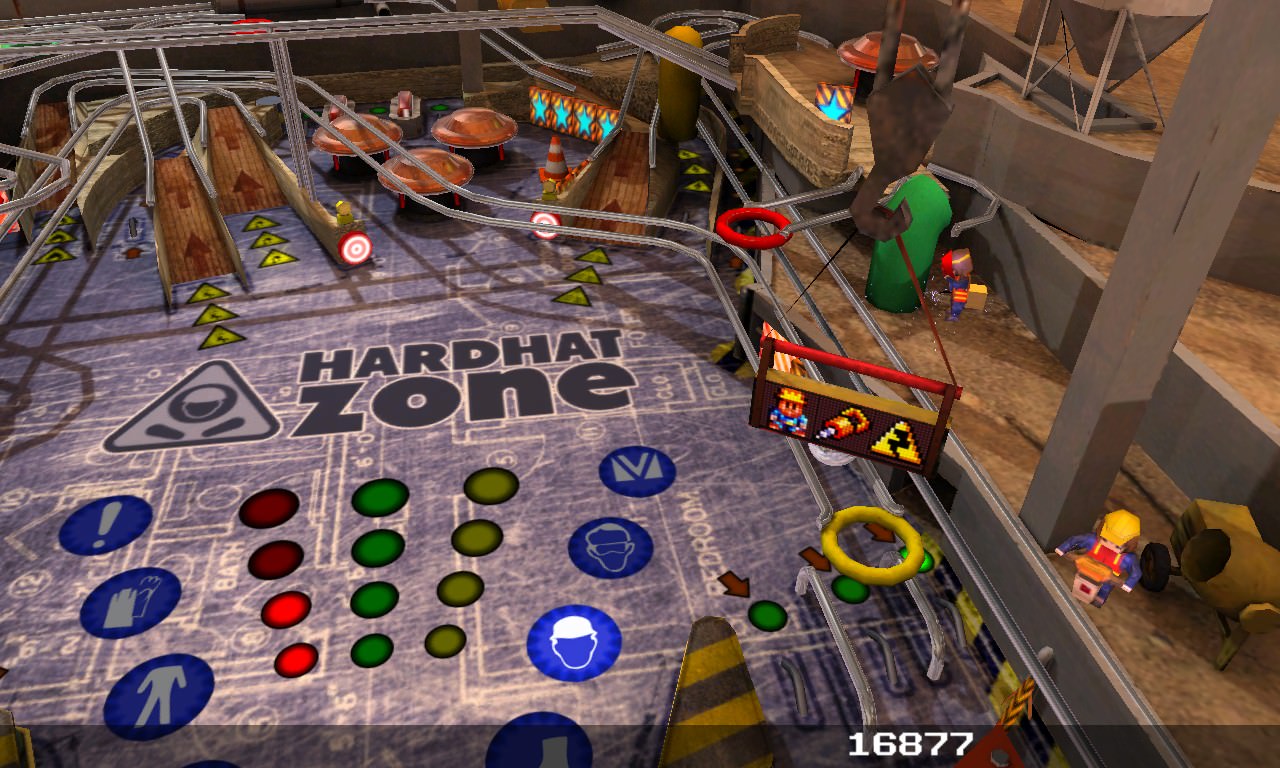 Playing in the landscape mode is best, with the viewpoint moving up and down the table as needed - it's very well done and you feel like you're playing a real table. 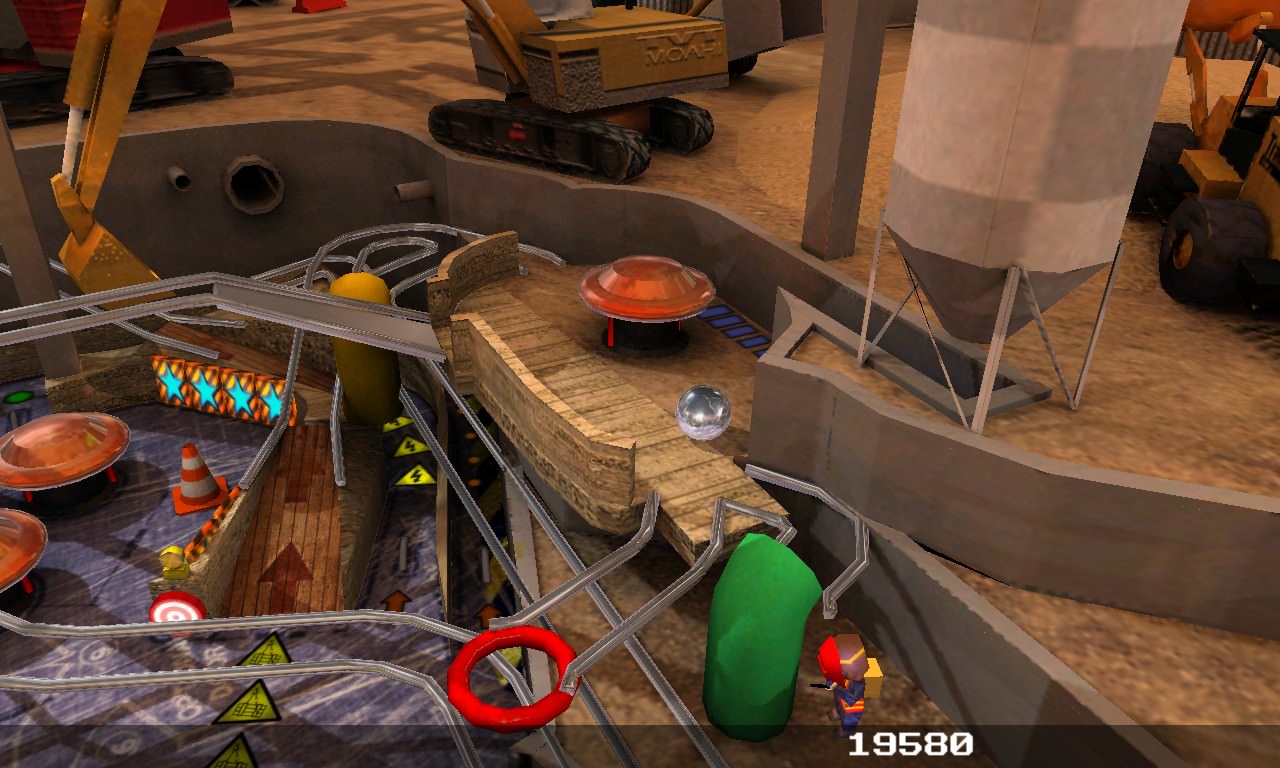 Mini-games and features exist on both sides of the table, raised up. Here's the one on the right, along with exit rails and channels... 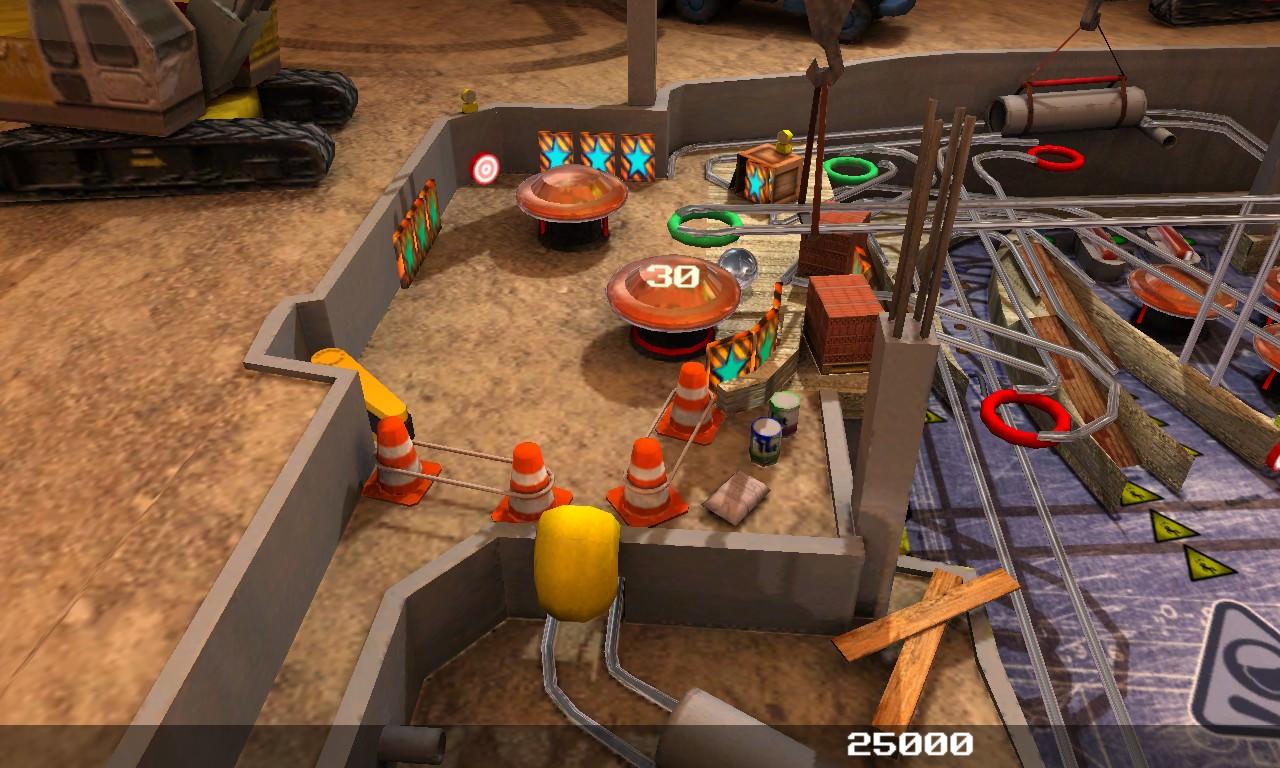 ... and here's the mini-game on the left, complete with working flipper... 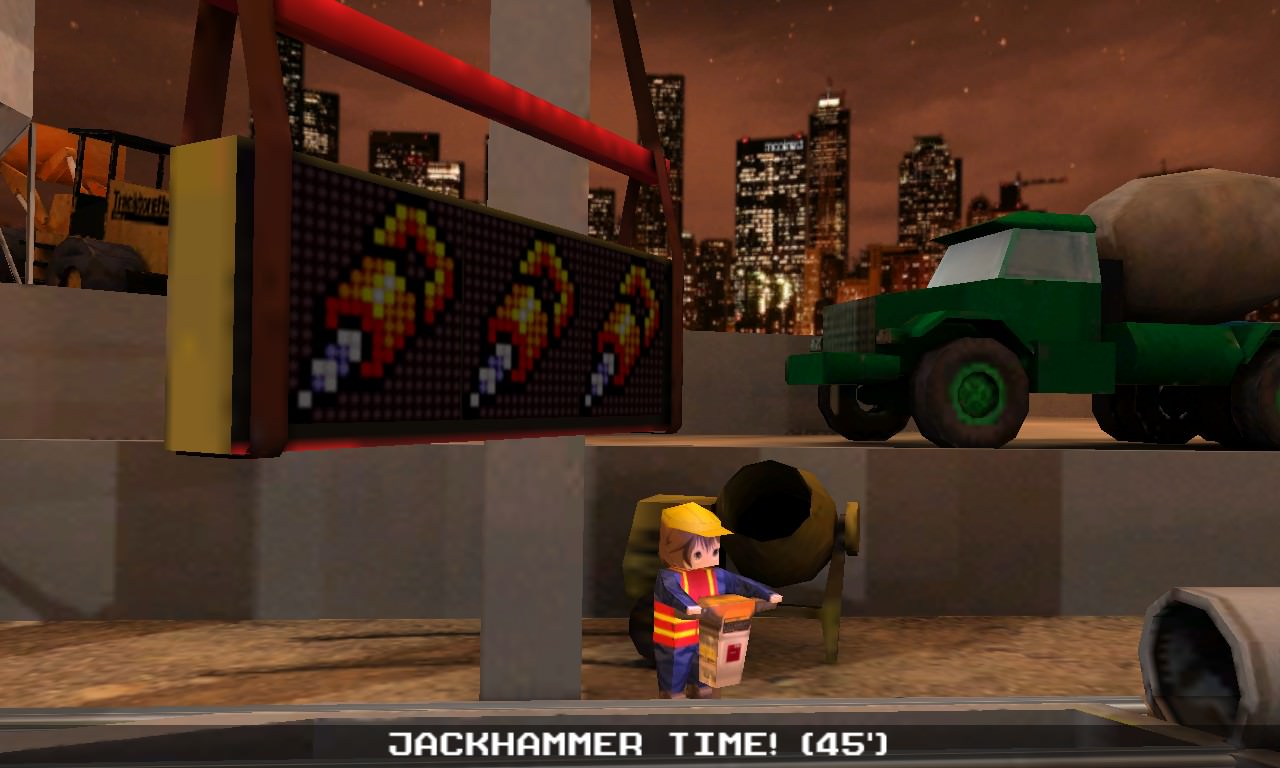 Hit certain bonuses and cut-scenes/features are brought up - hey, the graphic artist needs their work shown off....! 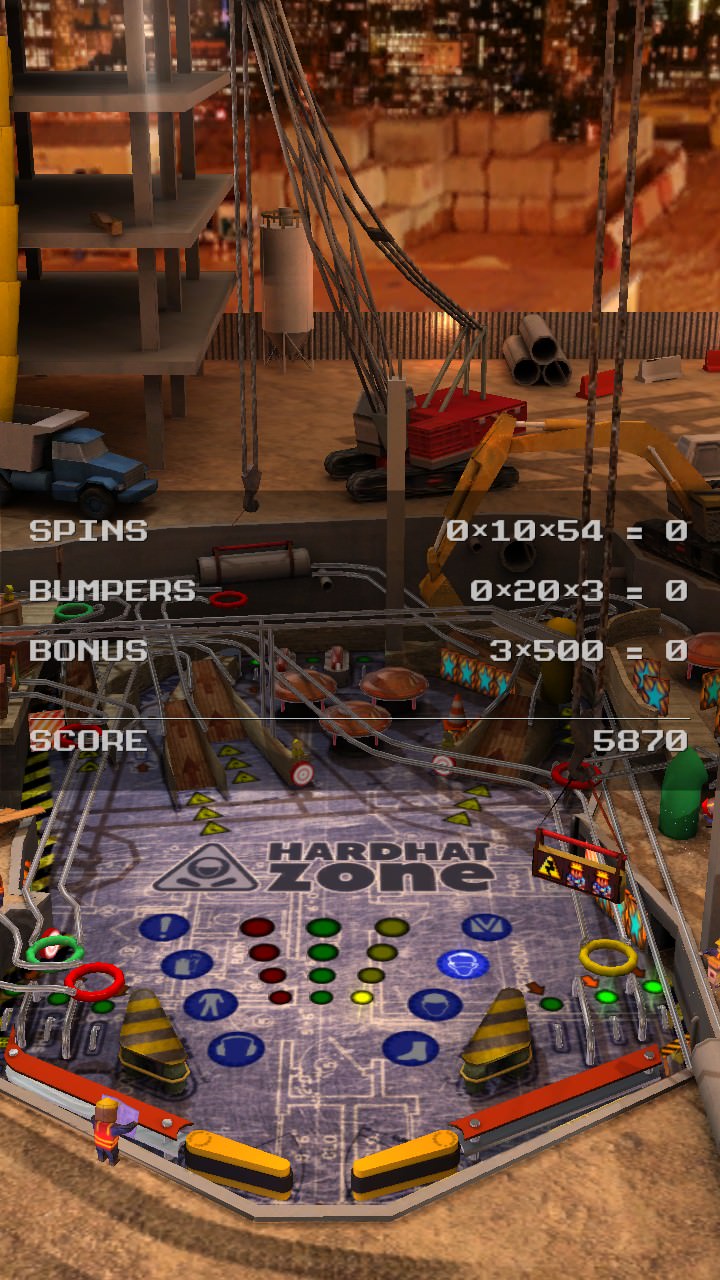 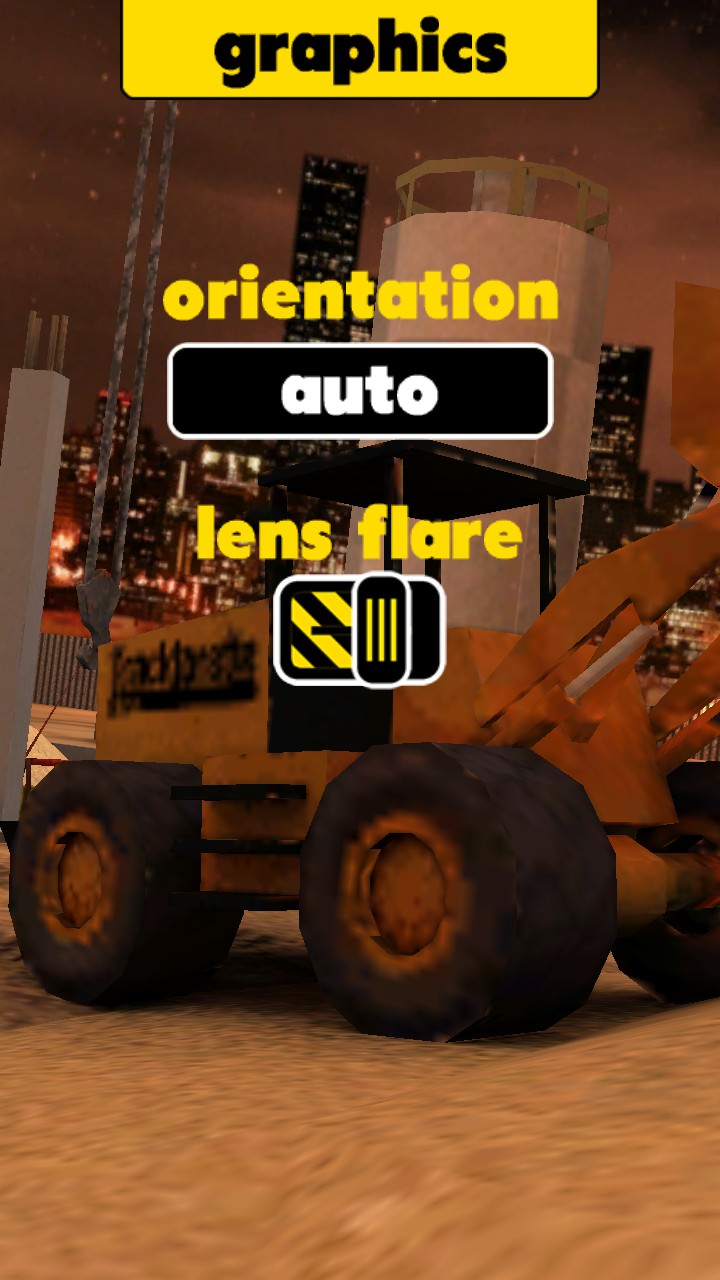 The game also works in portrait, albeit even faster and harder - for those with good eyesight only! Note the detailed settings even go down into this sub-menu where you can adjust the lens flare! Really.... 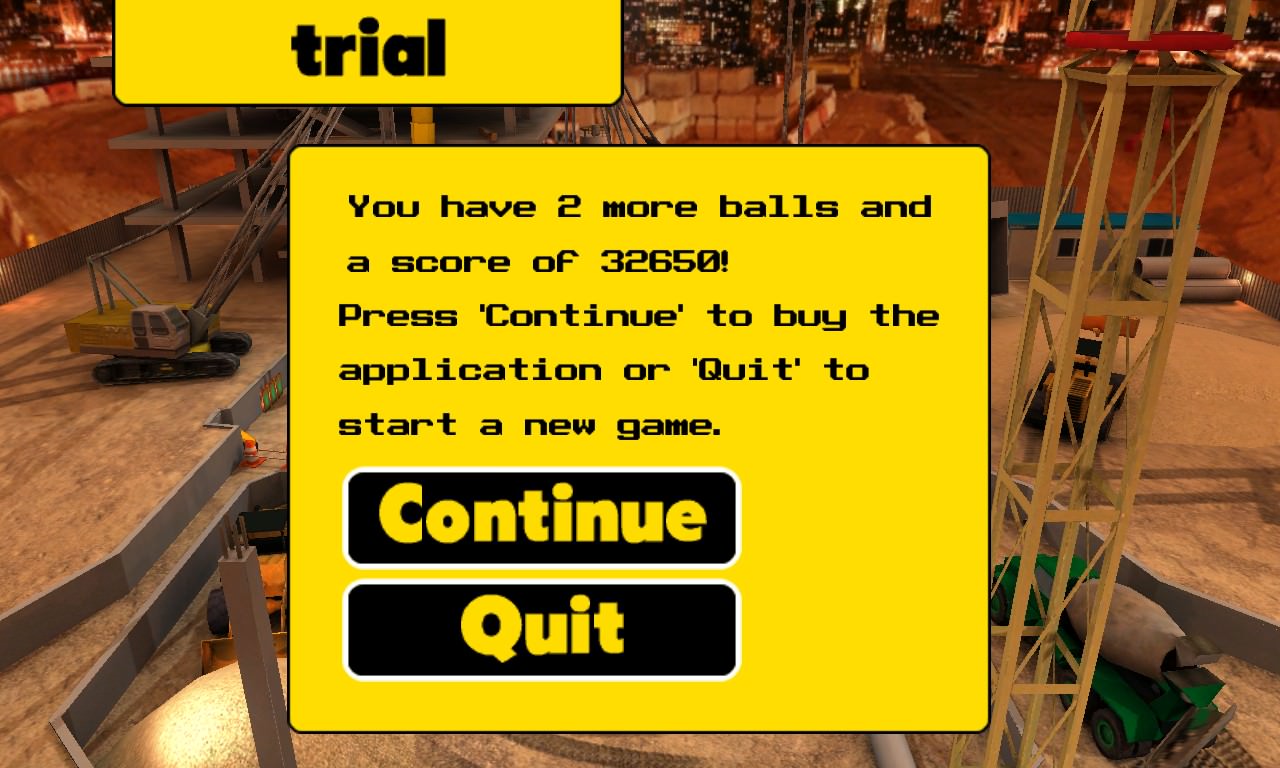 The trial version is fully working, but once you get good and hit a certain rating, it's time to buy or start again. Well implemented, you'll certainly know whether you want to buy by this point.

I tried the two player mode too, by the way, the players tap to connect via NFC (and then Bluetooth), and each then has two minutes to rack up the highest score - the opponent score is displayed on-screen too, so that each person knows what they're up against.

Somewhat oddly, the 'tilt' function is supposed to be included, letting you manipulate the path of a 'straight' ball, but this didn't work on my Lumia 830 - something for the developers to look into!

Great fun, a great game, and I'd like to see more from this pinball-specialist developer. Find Pinball League: HardHat Zone in the Store here.