The Inateck BTSP-10 Bluetooth speaker has been out for a while, but a review sample has only just plopped onto the doormat at All About Towers (no, that's not a new web site about tall buildings....!) The good news is that it's a truly high quality product with an amazing (stereo) sound, perfect for chucking into a briefcase or rucksack - and comes in at a reasonable price. [Update: another £20 off with code B9PWOQV4!] 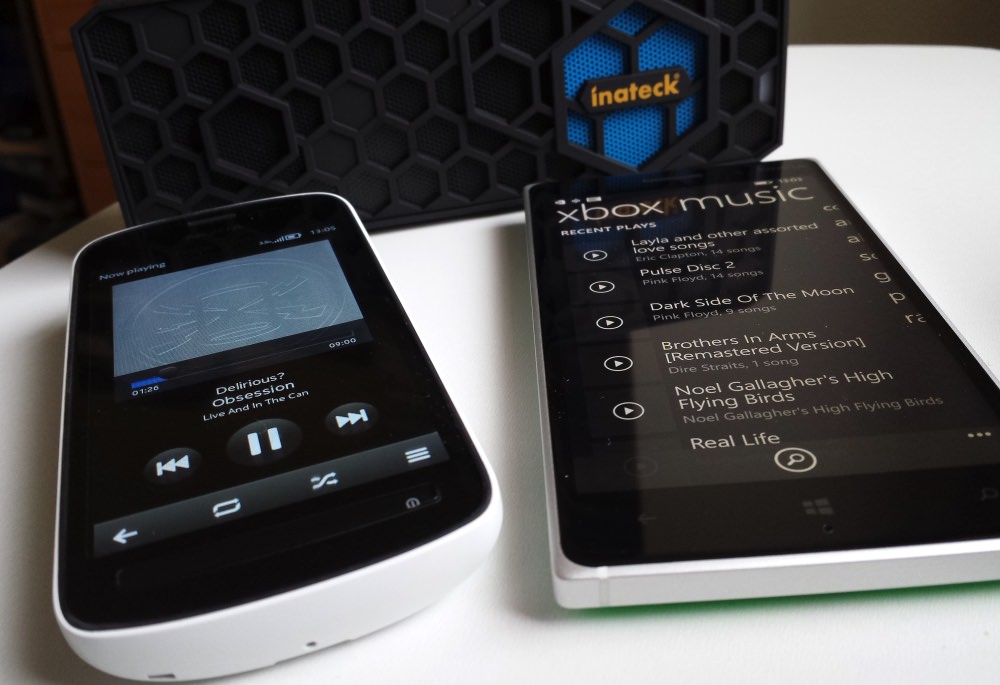 As with imaging, I'm a sucker for good audio too, often to be found extolling a phone with a really good speaker. After all, who doesn't like to listen to podcasts and music around the house or office? Or even to participate in a conference call, i.e. using a speakerphone set-up?

Taking things beyond the realm of built-in speakers is the domain of Bluetooth speaker accessories - these generally fall into two camps: cheap and cheerful, and very pricey but also very solid - and strangely there's often little in between. The BTSP-10 is, happily, in the latter category, and you'll be familiar with the form factor, started by the likes of the Jawbone JAMBOX. This is a full stereo solution though (or at least as stereo as you can get with the cones only 15cm apart!) and quite a bit cheaper, yet without sacrificing feel and quality.

Constructed in heavy duty plastic, rubberised all over (with the downside that it can collect fingerprints if you're not careful) and weighing 372g, this is a serious audio accessory and with sound quality to match. You can't see the speakers through the front, but they pack a wallop that belies the meagre (5W, despite what the online specs say, although you can't always pin manufacturers down to whether they mean peak or RMS or whatever). From the moment you hook up some music, you can feel the bass vibrating down through your fingers, if holding the accessory, or the desk otherwise. 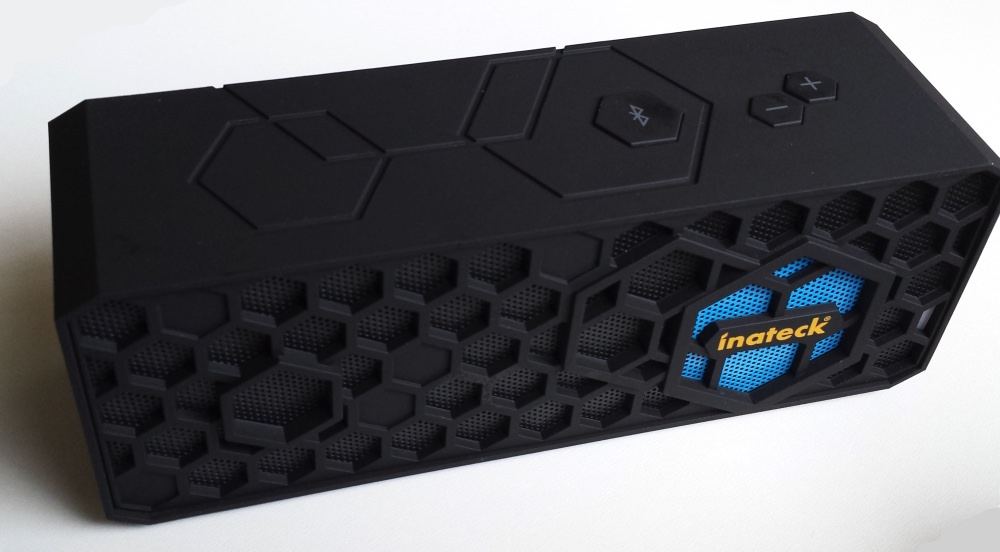 Underneath (not shown) is another grille, presumably part of the 'reflex' system for air movement and part of the secret for really good bass in a speaker system. Four short legs and rubber feet protect the surface the speaker is on and also allow free movement for sound/air.

Again drawing a parallel to imaging, the same is true here - physics always wins. Have enough mass and enough space inside, and a portable speaker can still produce some impressive bass. In fact, you get both physics and modern tech here, since there's full APT-X encoding support and top end chipset. The battery's 1500mAh, which is perhaps a little on the small side, but it's still good for half a dozen hours of Bluetooth-streamed music and has a bog-standard microUSB charging port*.

* Curiously, there are warnings in the manual about not using a very high current charger (over 1A), so steer clear of using the charger for (say) a high end Android tablet in double duty. Charging the internal battery fully takes around 4 hours maximum.

I tested the BTSP-10 with both my Symbian and Windows Phone 8 devices, with no issues. Heck, I also tested it with an Android and an iOS smartphone, ditto. It pairs with no PIN needed and then auto-connects each time, provided the speaker's 'on' and not in 'standby' mode. There's a master on/off switch, but most of the time the speaker can be put into standby with a long press of the main power button on top (and brought out in the same way). This top control also doubles for pausing and resuming playback and for answering voice calls, i.e. turning the BTSP-10 into a giant speakerphone.

Also around the accessory are volume controls (separate to those on your playing device, so both have to be 'up' for maximum volume) and a 3.5mm audio in, for sources with no Bluetooth capability (or to save power) - a lead is supplied in the box. 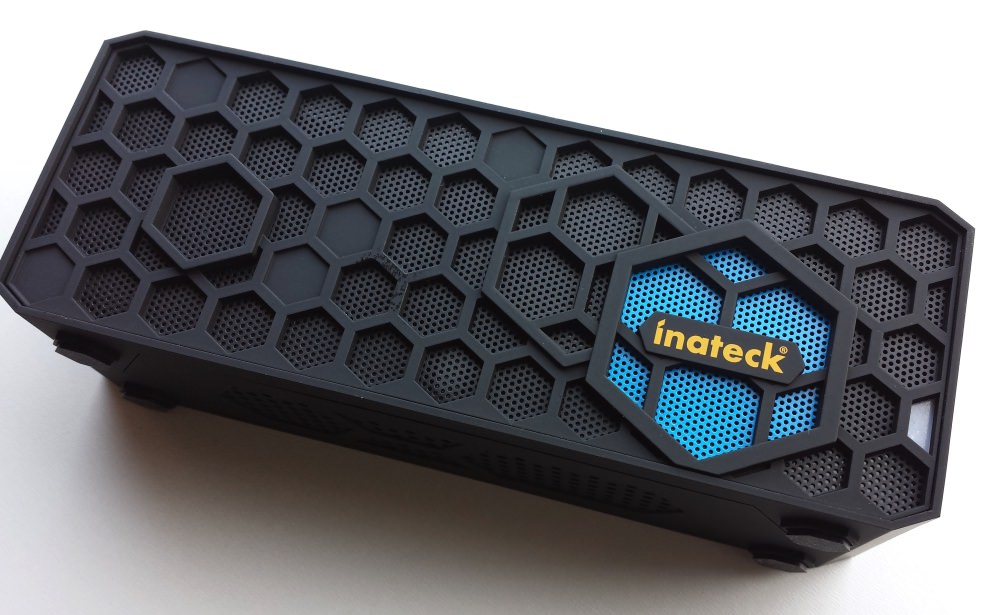 It's hard not to be impressed by the Intateck BTSP-10 - the sound quality coming out of it is surprisingly rich and surprisingly loud (and the 'stereo' aspect does help fill out a room more impressively). Provided that your lifestyle permits carrying this around (or perhaps you want it for your kitchen etc.?) then the current asking price of just under £90 in the Amazon UK store looks very reasonable indeed - it'll certainly be the last Bluetooth speaker you buy because you won't need anything better.

Update: there's extra money off right now with £20 promotional discount in the Amazon UK checkout for this product - use code VFI2MT7L, bringing this down to £69.99.