Another week, another emergency charger and another product name as long as the new battery life of your smartphone...(!) This one does have a rather unique selling point though, since it, quite literally, adheres to the phone being charged! This is the Alcatel PB40 and it's rather cool... 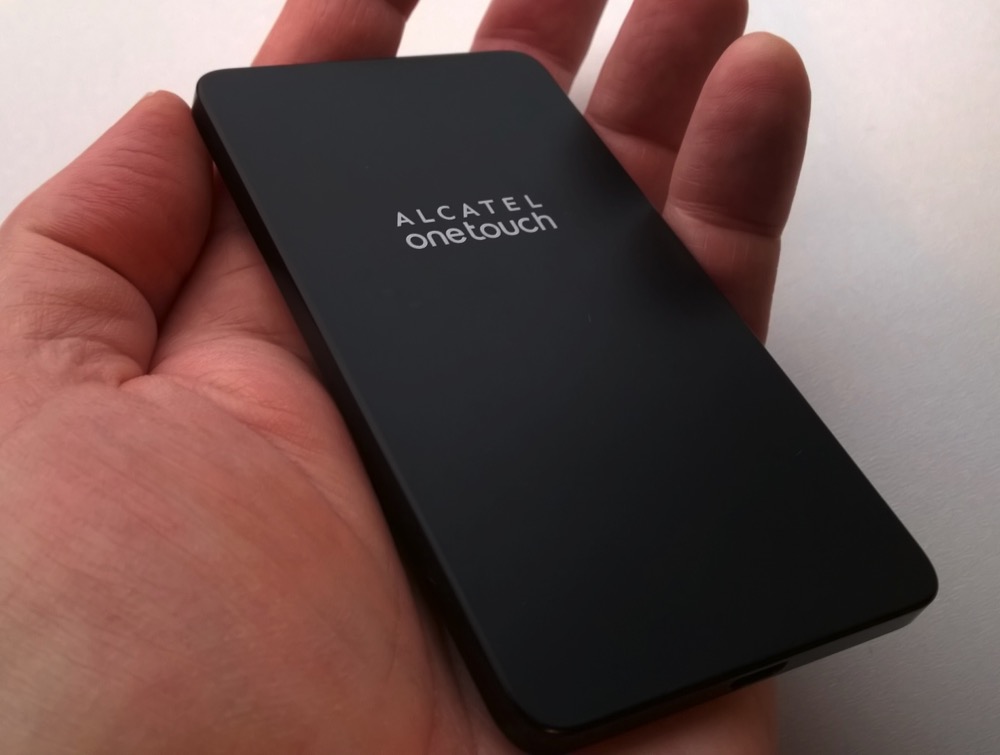 The idea here is that the charger, which is rather larger than credit card sized, has a back face covered in sucker cups. Yes, you read that right. Have a look at the photos here. 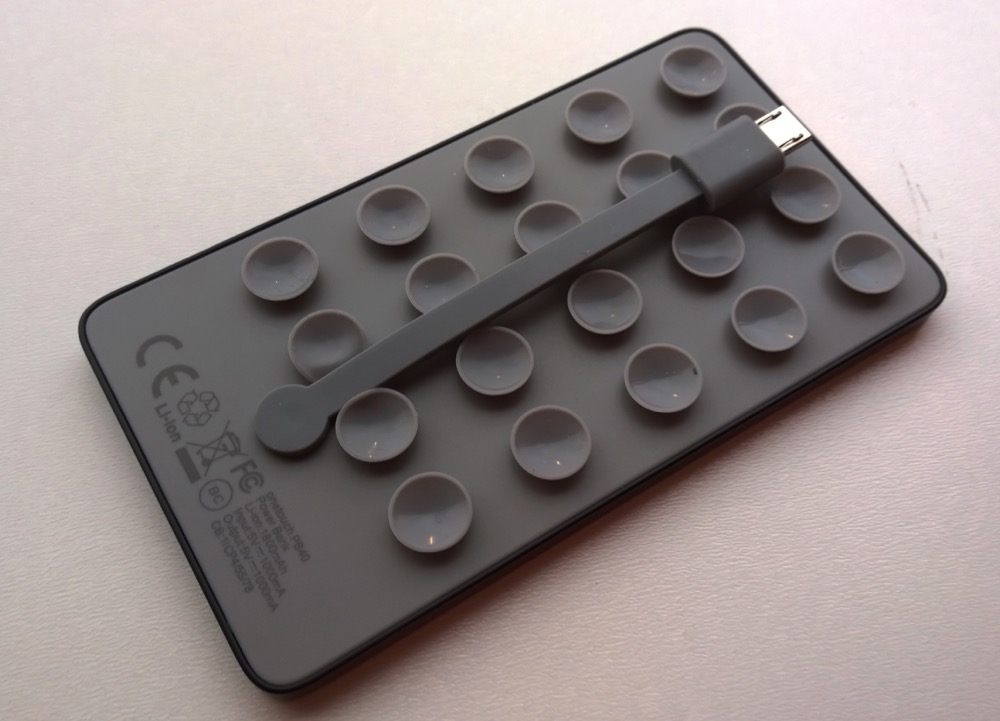 They're surprisingly effective, too, with a flying microUSB lead, the idea being that you can stick the charger to the rear face of your smartphone and then run the lead up into the charging port. Why would you want to do this? Because you can then use the phone more or less as you usually do, i.e. without a charger dangling from it by a wire. 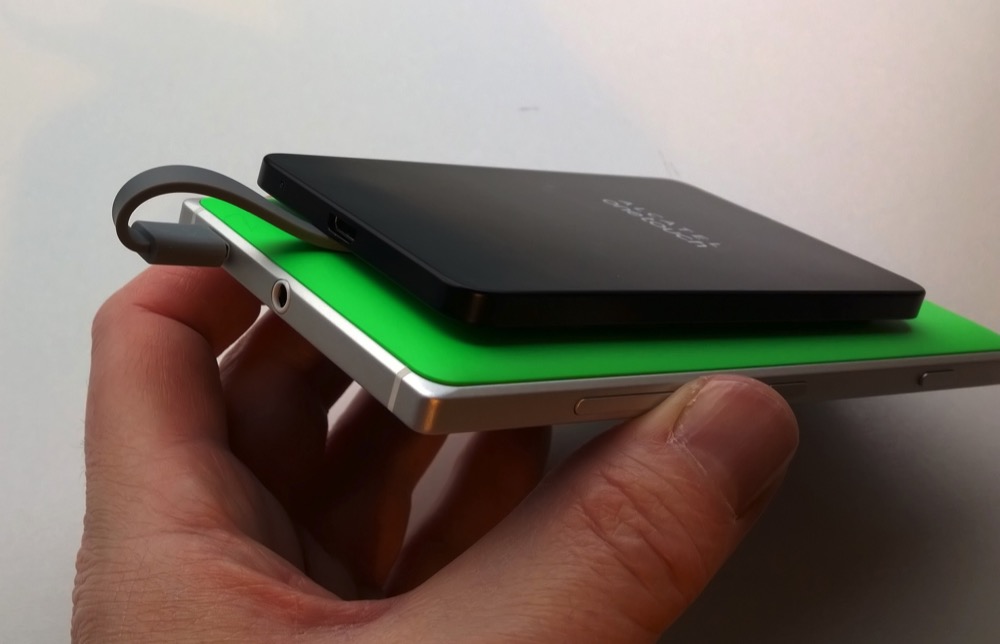 Definitely an accessory for true emergency use then - it worked fine with the Symbian and Windows Phone devices I tried it with, though the suckers were powerful enough, on disconnect, to pull the Lumia 830's back cover off!

Rather oddly, there's no on/off switch, so (once charged) the PB40 is always ready for use. Just plug it in and charge starts flowing. There are also no LED indicators of charge in the traditional way - instead there's just a single LED which flashes a certain number of times to indicate which charge quadrant the gadget's in.

So the hardware's somewhat barebones, but it does all work as advertised. The PB40 isn't really wallet sized (unless yours is large or empty), but it's perfect for a jacket pocket or small bag, for example. At £20 it's on the pricey side, but it does claim 1800mAh capacity, so represents decent charge and enough power to half fill even the hungriest smartphone battery, without incurring sufficient bulk to discourage you from carrying it around everywhere.

Worth considering, at any rate. I do worry about the absence of an on/off switch and I guess we'll have to trust the auto-shut-off/turn-on mechanisms inside the accessory. Anyway, you can buy the PB40 here on Alcatel's site.

Watch this space for several more portable charging solutions of different sizes again over the next week, I've got a couple of exclusives....