With the disclaimer aside that I've been a fan of Proporta as a company for years (two decades, actually) and that they sometimes advertise on The Phones Show, let me present the latest in the company's Turbocharger range. Emergency chargers are all the rage these days, of course, but Proporta were doing this five years ago and this is just the latest in their range. And, in line with the increasing demands of ever-bigger smartphones, the 'Stripe Turbocharger 12000' has (you guessed it) a massive 12000mAh capacity, which is impressive given that the unit is only marginally bigger than a Lumia 930, albeit slightly thicker and quite a bit heavier.

Here then is a quick look at Proporta's new Turbocharger flagship. It's finished in convex-edged, rubberised plastic, for maximum grip (both in the hand and for laying a charging phone down on top of the accessory) and premium look and feel. The edges are metal-effect plastic - my fingers weren't fooled for a moment, but your eyes may be. I'm guessing that metal here would have raised both the price and weight too much. 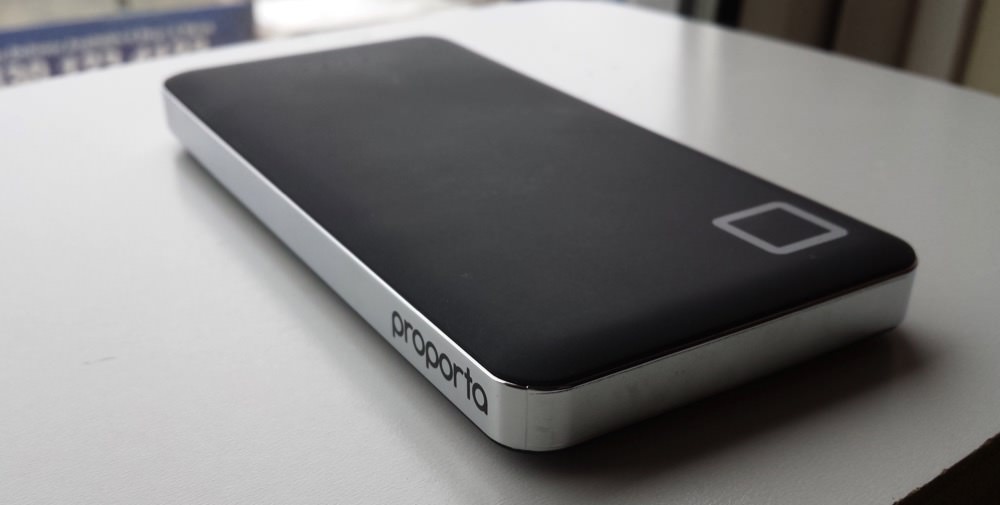 Down at the business end are the familiar two USB outut ports, rated at 1A and 2.1A, with microUSB input at 1A (meaning that a full charge of the Turbocharger is definitely an overnight task, taking up to 12 hours from a flat state). The shiny plastic around the ports is mottled and the effect isn't necessarily premium, but the output works well, and that's the main thing.. 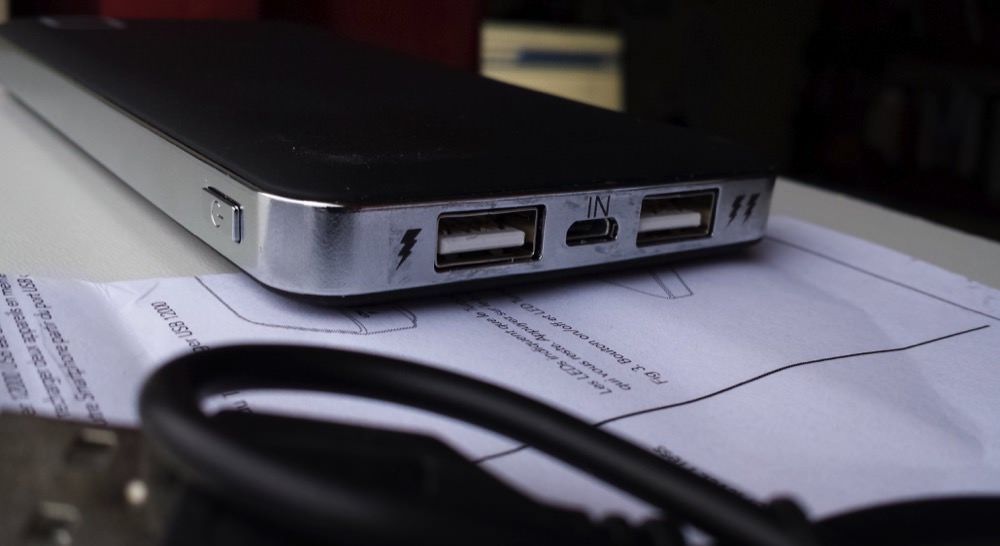 Hidden in the top face are four blue LEDs to indicate the charge state of this monster, at 25% per light, in traditional fashion, plus there's an 'on'/activate button on the side - I do like this system as it means the charger is basically shut off completely most of the time and only powered up to look for a recipient device when told to do so by you, manually.

Of course, 12000mAh capacity means about 10000mAh charge in your phones - there's the usual 20% or so loss in energy in the transfer process, but as a guide the Stripe Turbocharger 12000 can charge the Nokia 808 PureView around 7 times from scratch or your Nokia Lumia 920 around five times. More typically, it'll be used to charge multiple devices during a long day out or a family trip. 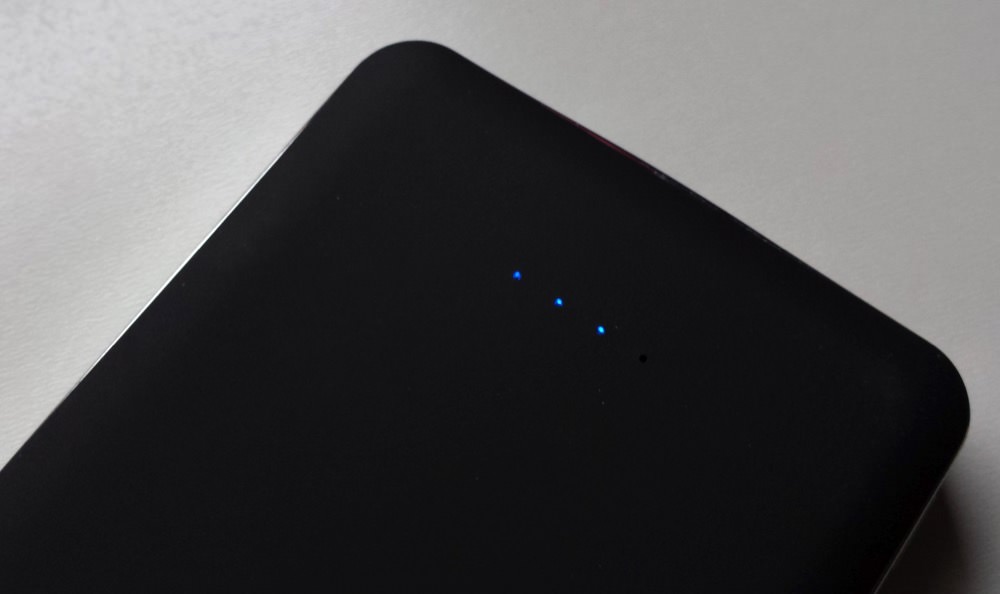 Although only a microUSB lead is included in the box (needed, of course, to charge the Stripe), anything which charges from a USB connection can be accommodated, provided you have the relevant USB-to-x lead. The higher current output is designed to handle tablets, the lower output for phones, though in fact you can charge phones from either if needed (i.e. at the same time) and if you have the relevant cables.

Of course, and I'm sure Proporta would admit this, it's possible to find similar capacity chargers for half the £39.95 asking price on the likes of eBay and even Amazon. However, I'd point out that you're then at the mercy of some Chinese company you've likely never heard of, while buying from Proporta gets you a lifetime warranty, with no questions asked. Plus you're supporting a British company on the South Coast that likes to support charitable causes and often deals in 'green' products. Plus there's free shipping. And, on top of this, even the most cursory browsing of the Proporta web site normally gets you a 'xx% off' promo code for signing up to the email newsletter (or similar), so you may be able to bring the cost down quite a bit.

Sorry if all that sounded like I'm biased. It's because I am. I've sworn by Proporta's Turbochargers for many years and I'm happy to keep on recommending them. You can find all the bumpf on the Stripe Turbocharger 12000 here.