Either way, from the Store description for MeeDJ:

MEEDJ is a DJ mixing console for mobile devices, we created for people who enjoy mixing tracks, with a strong social attitude, who want to have fun and fans, but definitely need a simplified interface for mixing music. Our value is the interface itself (developed with a professional DJ), the social features tightly integrated within the App and the strong social engagement metrics (GoPro bundle).

You are the DJ! Just load two audio tracks from your music library (or from OneDrive) and start mixing them, by jogging, pitching and applying audio effects, loops… Any key feature is directly at your fingertips!

Although I know comparatively little about DJing, having not done it for over 30 years (back in the analog age!), I gave MeeDJ a short spin (no pun intended!): 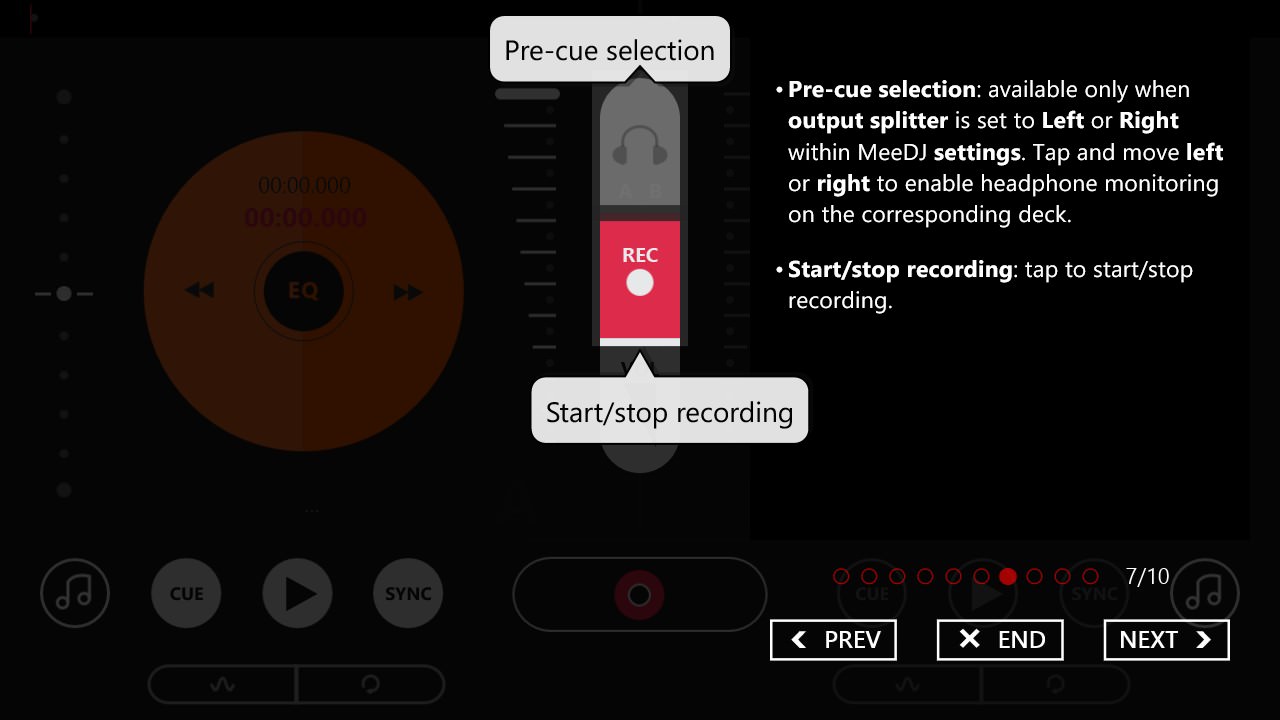 There's a great little ten step tour around the interface when MeeDJ is started.... 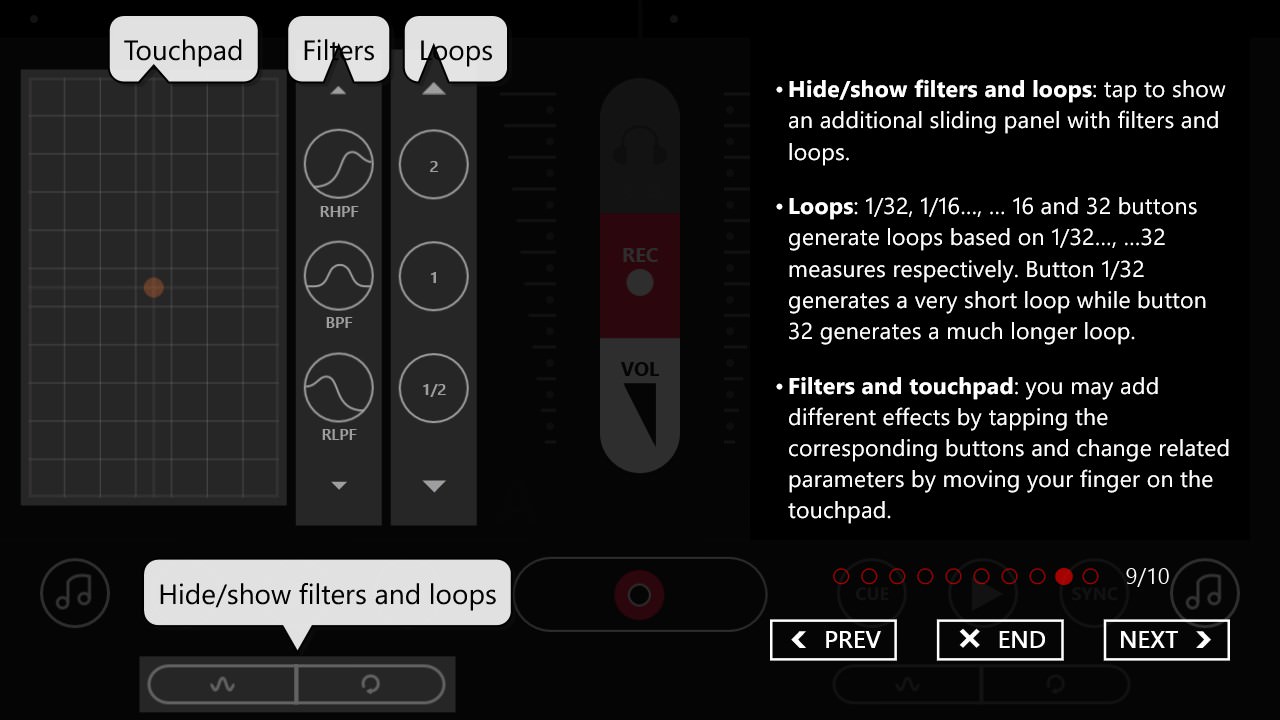 Filters and loops show just what's possible if you really want to pour your heart and soul into making two music tracks merge seamlessly for those vital few seconds(!) 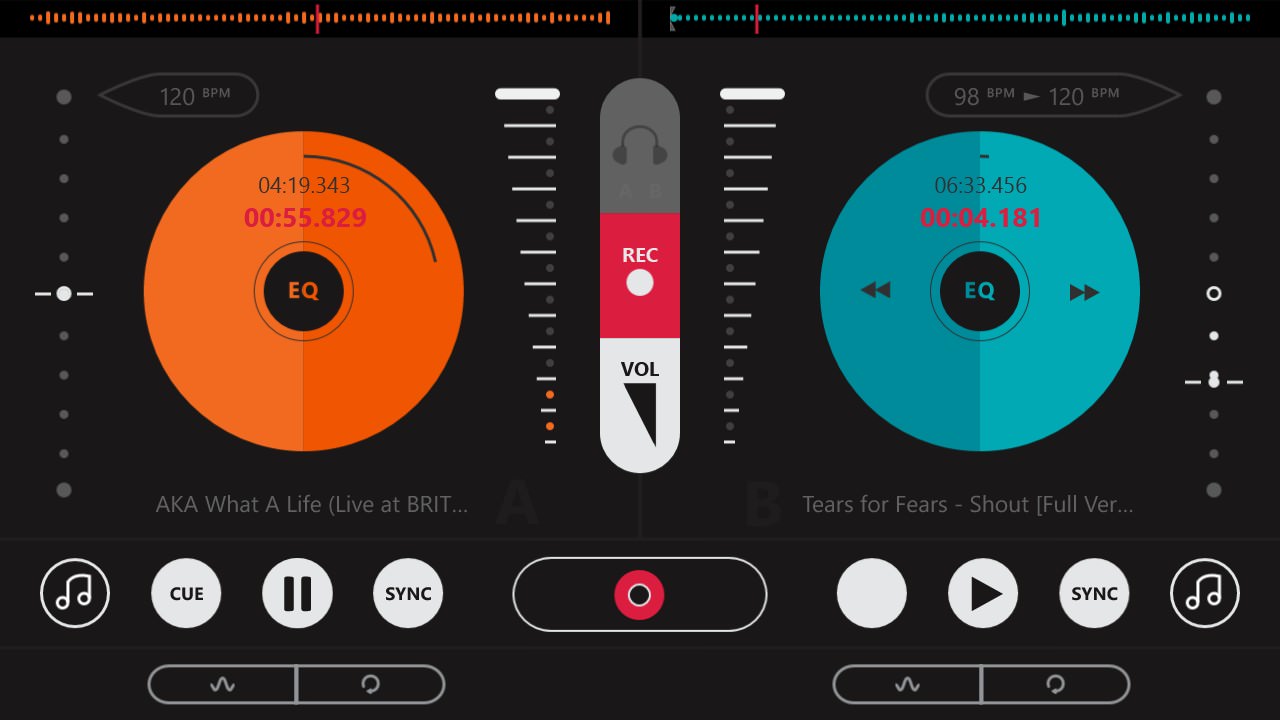 The main MeeDJ interface - essentially, add tracks from your phone's music library or from OneDrive, press the 'Sync' button to adjust the speed of one to the other and then cross-fade to your heart's desire. Various gadgets allow you to manually adjust pitch and to cue a song to a particular point in its intro. And, naturally, the 'Rec' button records whatever you come up with in terms of a 'mix' to a track for later playback or sharing. 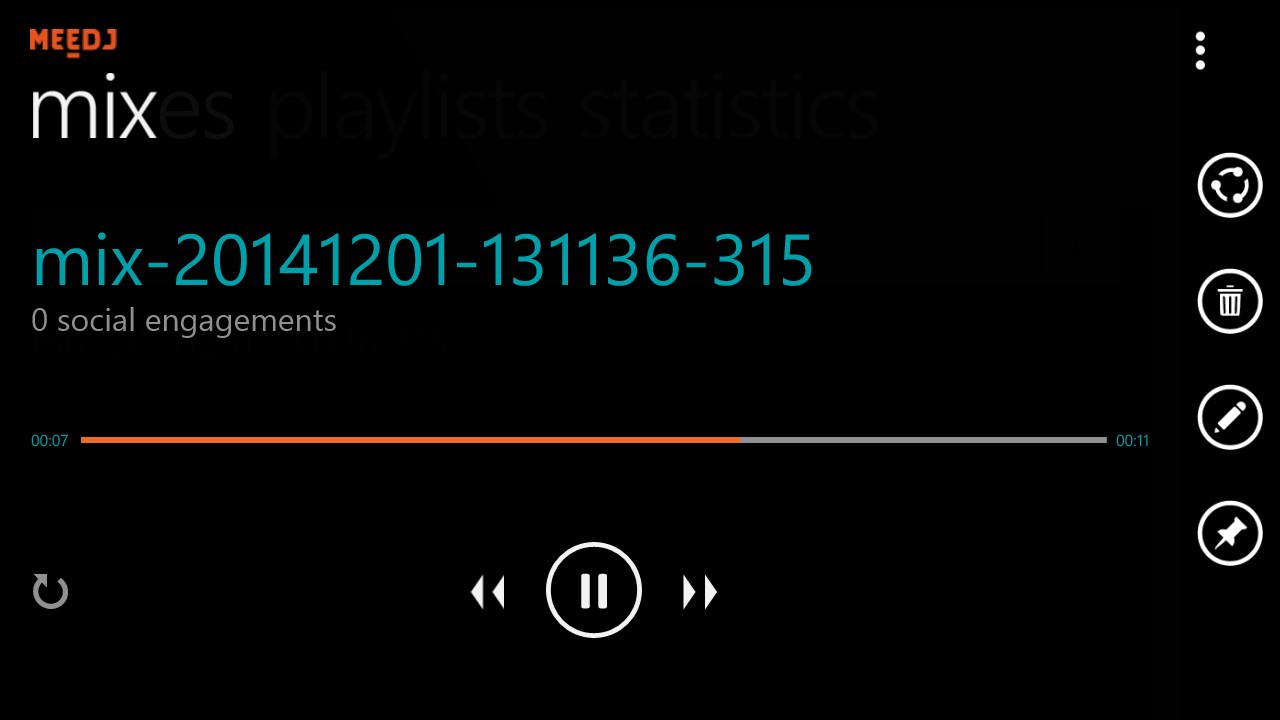 Playing back and (about to start) sharing a mix I made. Normal caveats over copyright apply, of course!

Tempo-adjusting tracks doesn't work that well for 'normal' music, I found, since it's hard to get the vocalist sounding just right, but should work a lot better for instrumental or dance tracks, where the exact key being played in doesn't matter that much. (Apologies to real DJs for my over-simplified comments here!)

You can download MeeDJ here. It was free when we grabbed it, but there's mention in the documentation of the removal of ads normally being a paid option, so your mileage may vary, depending on when you're reading this.

Interestingly, this being a universal application, MeeDJ should also work on Windows 8.1 tablets (where it should be even better, on the larger screen) - comments welcome if you can track this down and try it!