The Fitbit was the original fitness band to be supported by Windows Phone (i.e. before the fledgling Microsoft Band), with its launch on the platform back in July, but it has now had a big update to support extra hardware, extra functions and there's a facelift to boot. Changelog and links below.

The quoted changelog for the new v1.5 app is:

I don't own a Fitbit (I'm more an Android Wear guy - cough), but Rafe does and I'm hoping he can chip in at some point with his impressions of using the device with Windows Phone. In the meantime, a few screens of it in action: 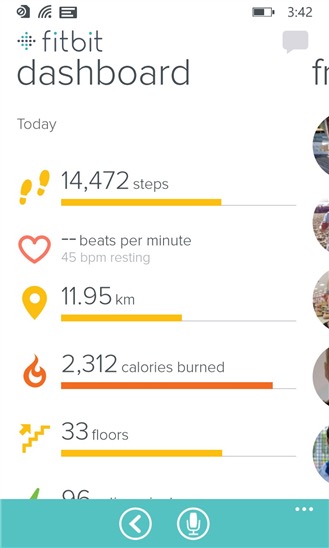 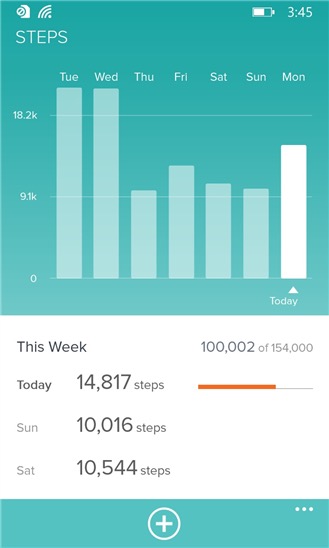 The daily dashboard view, with the weekly exercise log.... 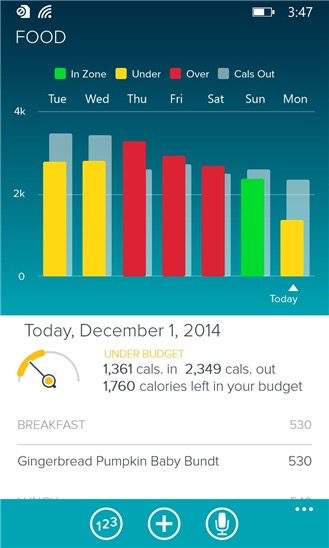 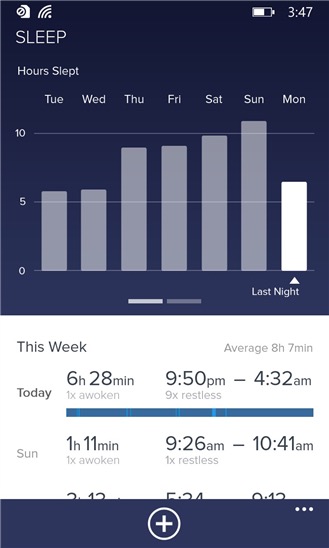 The facelift is quite impressive, with bold panels and colours, and all very clear, here showing food consumption stats and sleep. Gulp. Is there any aspect of life which isn't measured with this thing?(!)