Lumia-optimised stereo headsets - none in the box and where to buy?

What used to be a doddle is now a hassle. Once upon a time, everything you ever needed for a smartphone was supplied in the box. Then, with many people drowning in a surfeit of chargers, data leads and headphones, accessories started to be dropped from the boxes. Starting with the headphones, it seems. Which is a shame if you're trying to listen to music on your new Microsoft Lumia 635 (or 535 or 735 or similar) and have to make do with with a rubbishy budget set of generic smartphone in-ears or a quality set of cans that sound great but have no call or media control button - or microphone. What's needed is a way to back-fill the decent stereo headsets shipped with the higher end flagships down into the lower and mid range Windows Phones.

With this in mind, I went shopping online, wanting to find the original WH-208 headset but not wanting to pay through the nose for it/them. It quickly became apparent that there were lots of sellers claiming to have the headset and for only £4 or so - which seemed too good to be true. I looked through several dozen listings and plumped for one used the 'g' word ('genuine') a lot, which had good reviews on Amazon and which was only £6 or so. A risk worth taking, I thought.

Happily, I was right. Here's a mini-review, of sorts. The link's at the bottom of this article, but here's what I was sent: 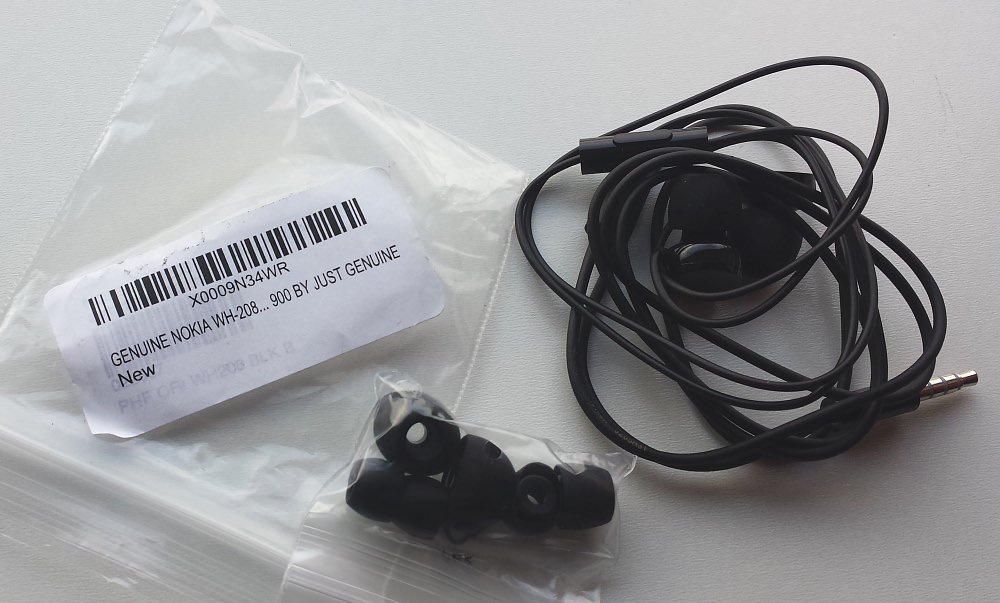 Given that 'Just Genuine' seems to be a maker name, it's not clear whether the 'genuine' bit at the start is a name or adjective! What was included certainly matched the 'real thing' though. I had several WH-208 sets around the office (from the Lumia 1020, 1520 and 920 boxes!) and so was able to compare the new arrival with the originals.

And I couldn't find any differences - the materials, design and performance were identical. If anyone knows the WH-208, it's a competent mid-range smartphone headset and a few pounds in terms of cost to the manufacturer (Nokia) sounds about right. The top end and bottom end aren't as crisp as my old Nokia Purity in-ears, but they're still worth snapping up, especially at a budget price. The multi-function button pauses and resumes music, skips tracks (or 30s sections of podcasts) with a double press, and so on.

Are these WH-208's 100% genuine? Who's to say? After all, Nokia must have got their accessories from a supplier in the first place and it looks as though the manufacturer is the same. I mean, look at the photo below: 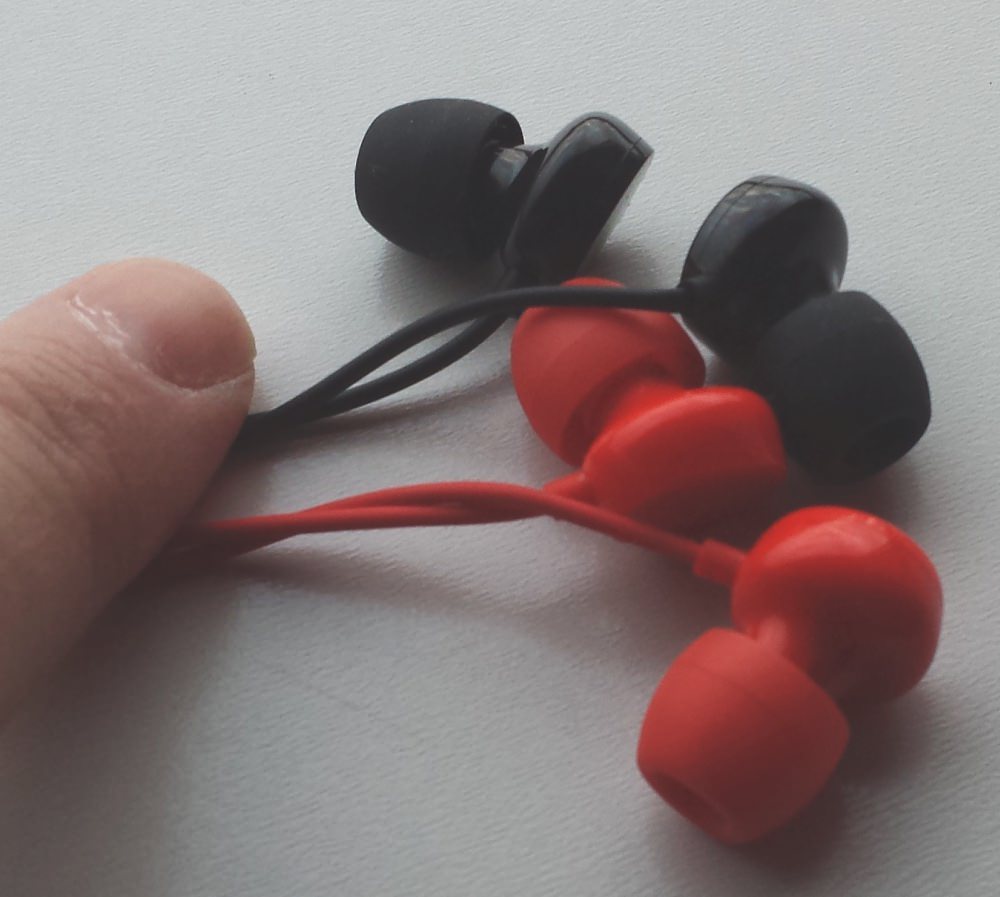 What matters is that they work well and are a cheap upgrade to a lesser Lumia that was supplied either with ultra cheap outer-ear headphones or with nothing at all.

The black headphones I bought are on Amazon UK for £6.15 here. Of course, you can do your own searches and may well find other suppliers/sources. Comments welcome if you do!

Filed: Home > Flow > Lumia-optimised stereo headsets - none in the box and where to buy?