Sonic Dash, yet another freemium runner - but super, super slick...

Published in December and updated just before Christmas, I'm catching up with the new games for Windows Phone. Wel, I say 'new', it's more a reworking of a classic arcade character from times past. Meld Sonic the hedgehog with Temple Run and you get.... Sonic Dash. That's right, it's yet another lane swapping endless runner, and yet again served up with lashings of freemium boosts, power-ups, characters, backgrounds, lives, coins, stars.... I could go on. Is it all too much? For most people yes, though doubtless it'll score some in-app purchases from the teenage Windows Phone crowd.

Play as Sonic the Hedgehog as you dash, jump and spin your way across stunning 3D environments. Swipe your way over and under challenging obstacles in this fast and frenzied endless running game.

…DASH!
Unleash Sonic’s incredible dash move that allows you to run at insane speed and destroy everything in your path!

MULTIPLE CHARACTERS
Choose to play as one of Sonic’s friends, including Tails, Shadow and Knuckles.

EPIC BOSS BATTLES
For a limited time only face off against one of the nastiest and most evil enemies ever – Zazz from Sonic Lost World. As one of the most dangerous members of the devastating Deadly Six, you must use all of Sonic’s agility and abilities to rise against Zazz and take him down before it’s too late!

KEEP ON RUNNING
Get more rewards the more you play! Level up your score multiplier by completing unique missions, or win amazing prizes including Red Star Rings & additional characters by completing Daily Challenges and playing the Daily Spin.

The game is actually incredibly slick, from the animations and real time action to the 3D perspective changes - production values are very high, as you might have expected from SEGA: 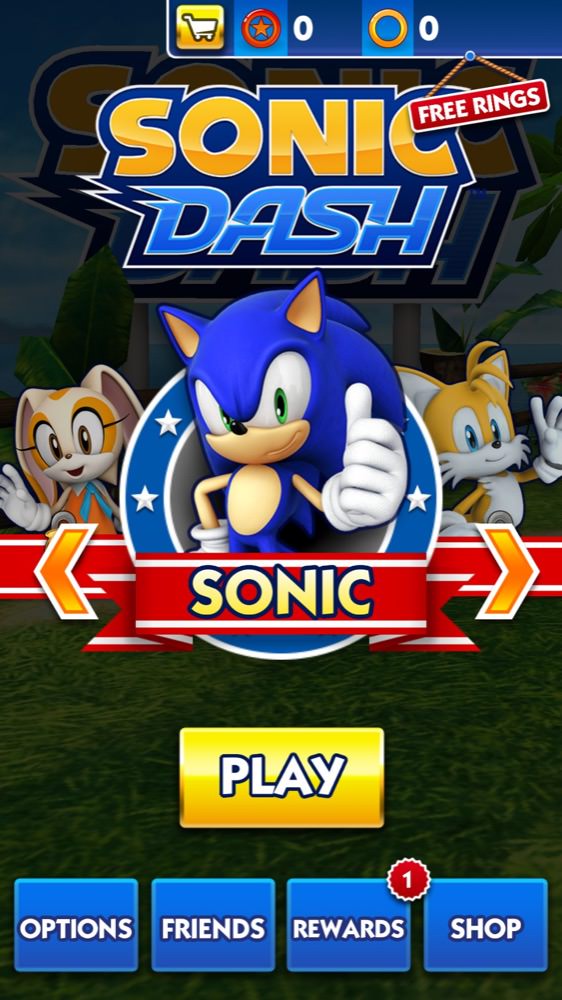 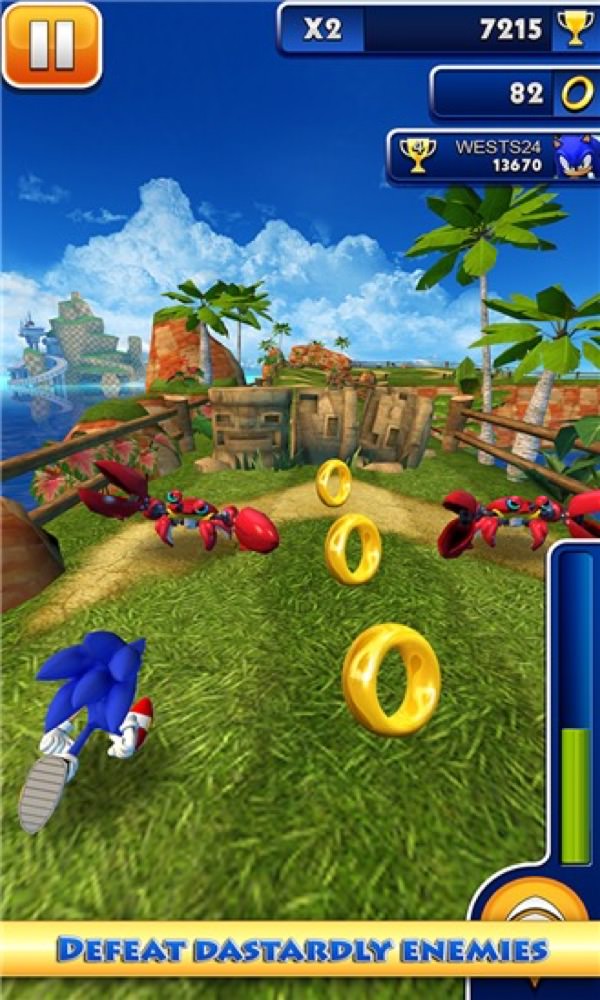 it's the usual Sonic world, but in real time 3D and with multiple camera angles.... 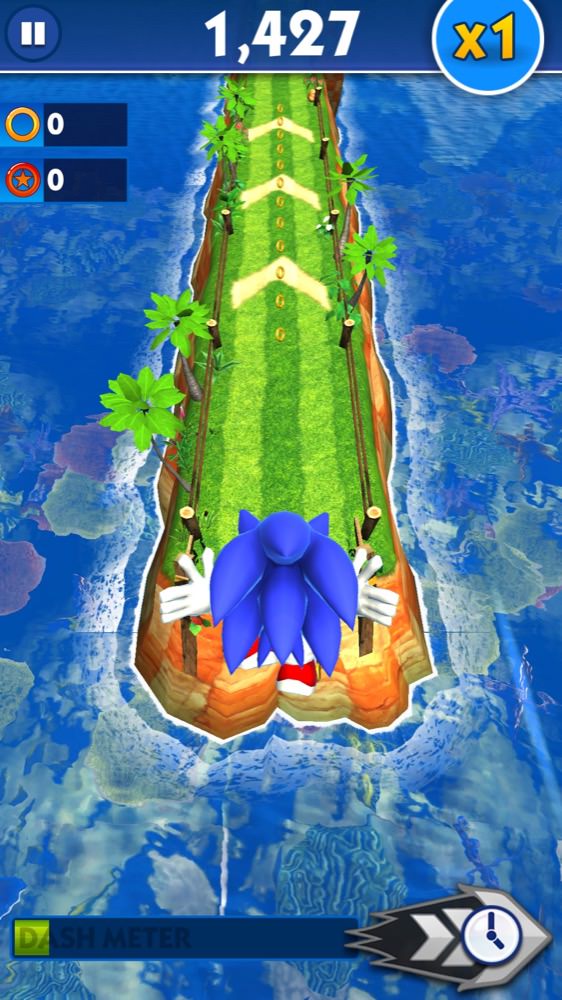 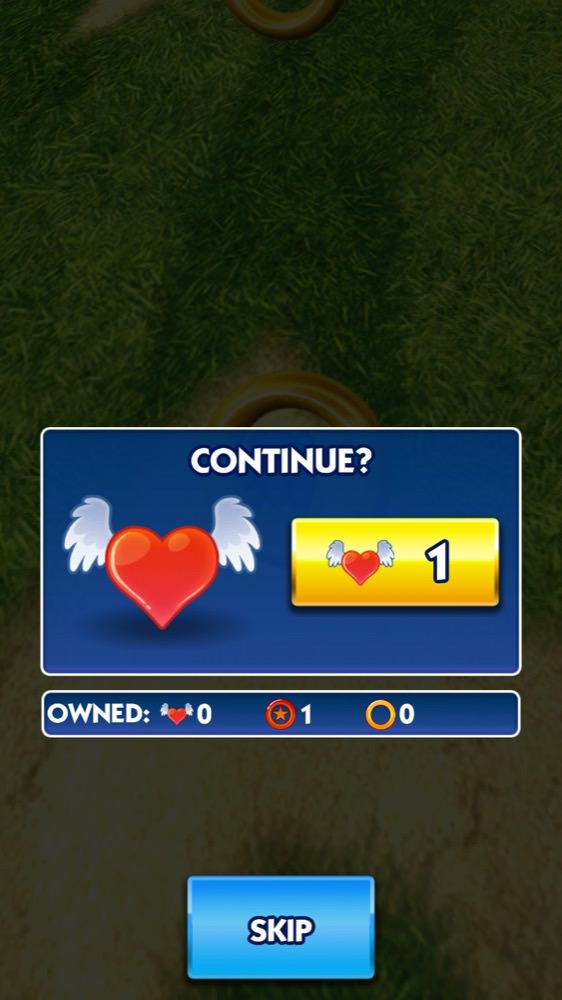 Though at heart it's a simple Temple Run style lane changer, relying on your reactions to dodge left and right, and to roll, jump and 'dash' when needed, with gestures. Get it wrong and you die - but freemium currency can revive you of course! 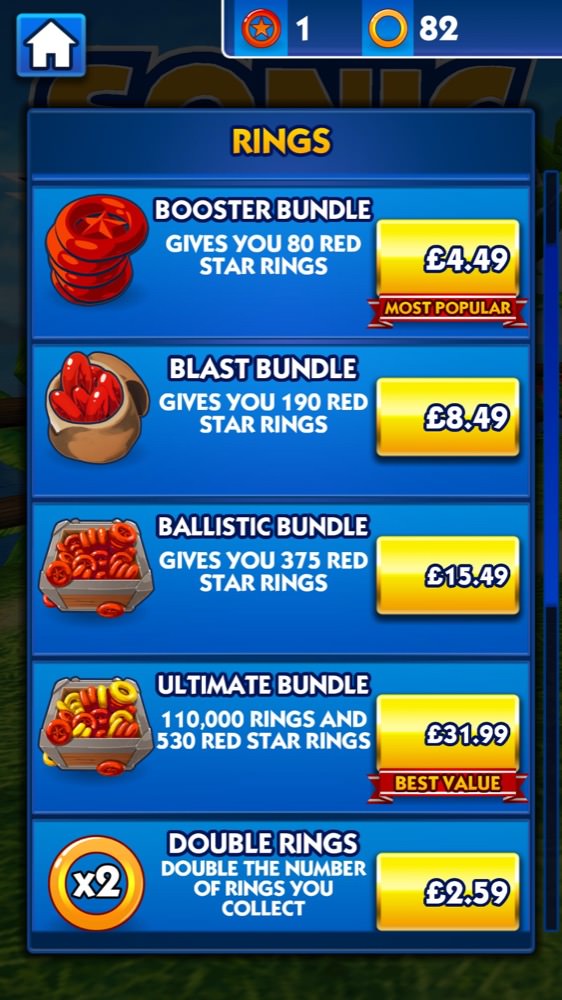 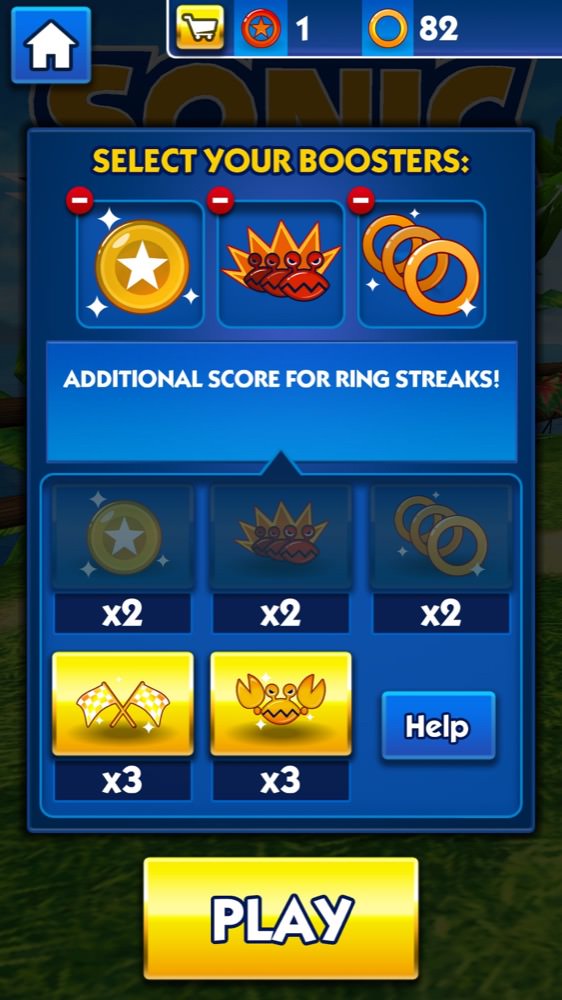 The in-app purchases are pretty hefty, not least because you'll need both 'star rings' and 'rings'. Gah. (right) 'Boosters' add extra complications - does anyone really keep track of all the subtleties in fast arcade games? Really? 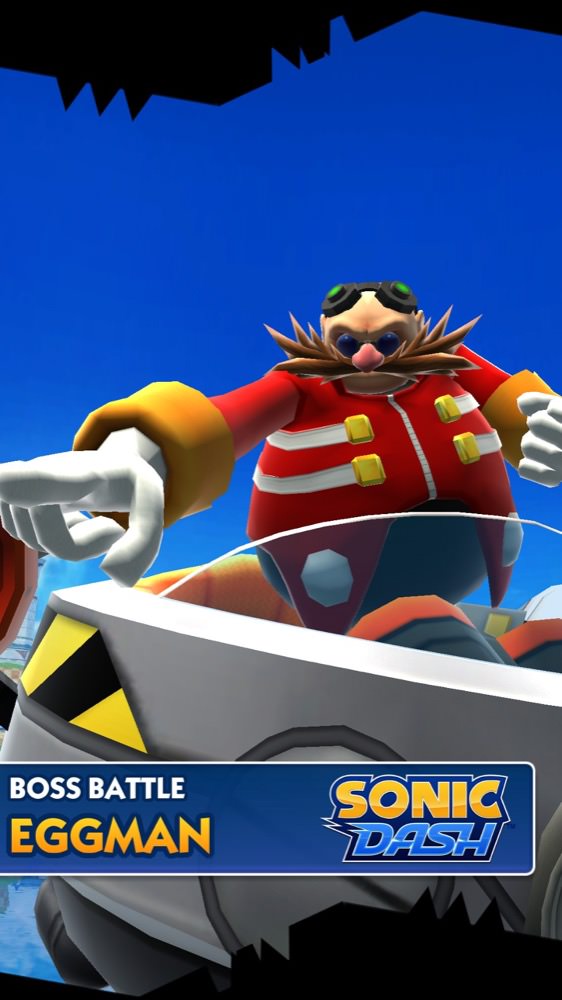 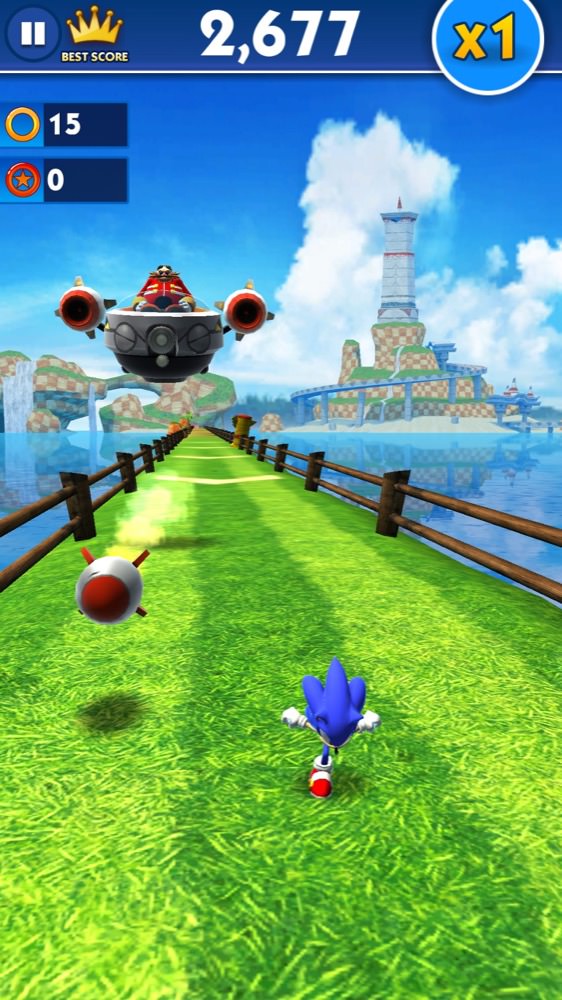 The extras impress as they arrive - the flying boss fires off missiles and then plants obstructions... 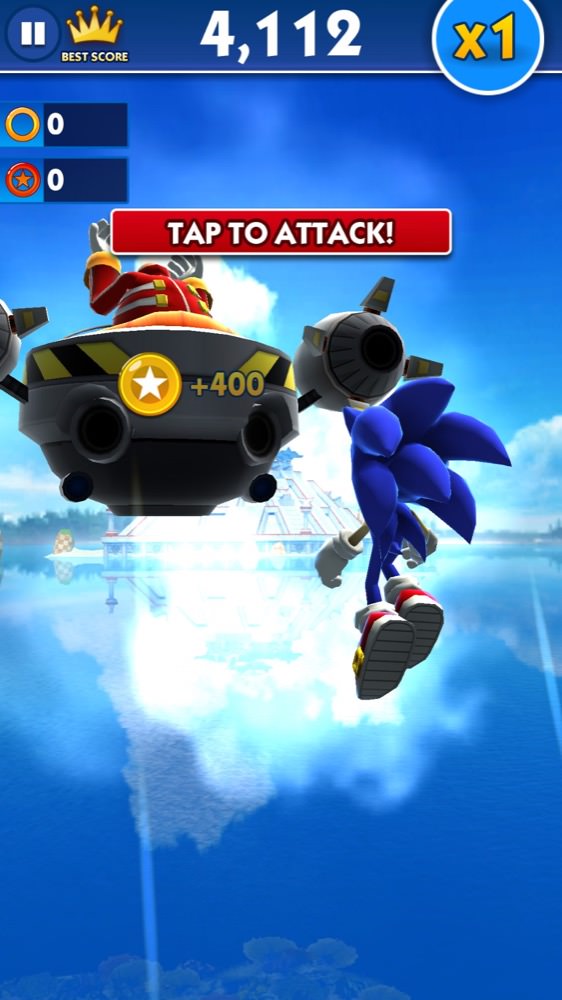 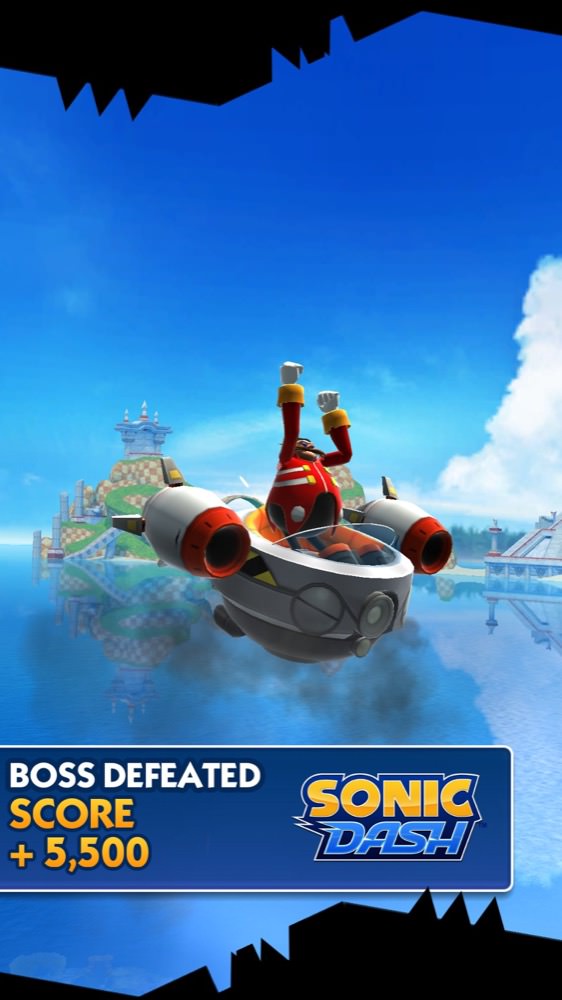 ... and if you dodge all those then you get to tap-to-smash the boss and defeat him for this level, etc. Good thing you can fly, eh, Sonic? 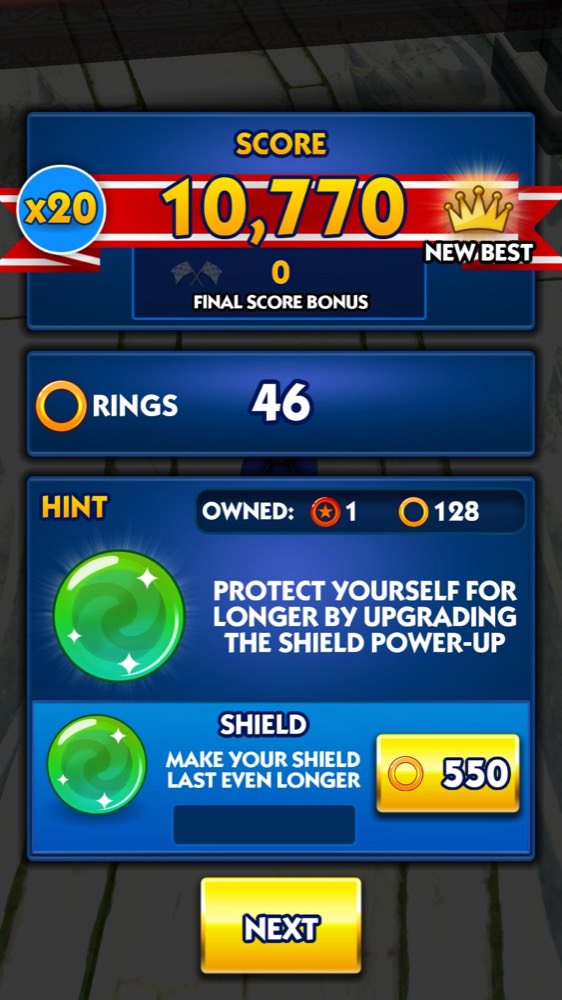 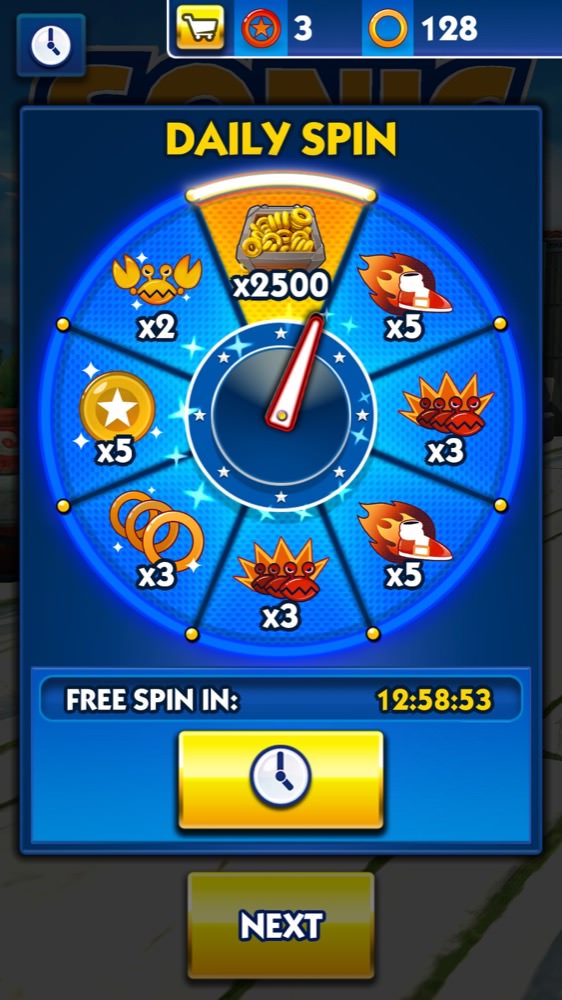 ... and then we're into daily mini-games to win currency and general IAP incentives.

'Freemium' does seem to have come of age in terms of sheer comprehensiveness and balance, but it's still a lot to take in and I yearn for simpler times and simpler games. In the meantime, you can grab Sonic Dash here for your (ahem) teenager... Just make sure you don't give them the Store PIN code too...