Mix up a clever graphical trivia quiz system with freemium mechanics and instant two player match up over the Internet, and you've got 94 Degrees. It's a terrific little game and seems as evenly balanced for the free player as much for the developer - a win all round.

The name is, obviously, temperature-derived, referring to how hot or cold you are in identifying something in each of the graphical clues. From the Store description:

“You’re cold, you’re getting warmer, you’re burning…” Does this bring back memories? Play this addicting game and test your general knowledge while having fun! After 94 Seconds with over 15 million downloads, discover the new 94 Game developed by Scimob that has already been downloaded by over 10 million players.

An image or area to find, it’s up to you to pin it! The closer you get, the hotter you get. You’ve already caught on, the right answer is at 94 Degrees!

Plus the game is available on multiple platforms and in seven languages, aspects which stand you in good stead later on, when you want to try out the two player online mode!

Here's a walkthrough of 94 Degrees, with comments: 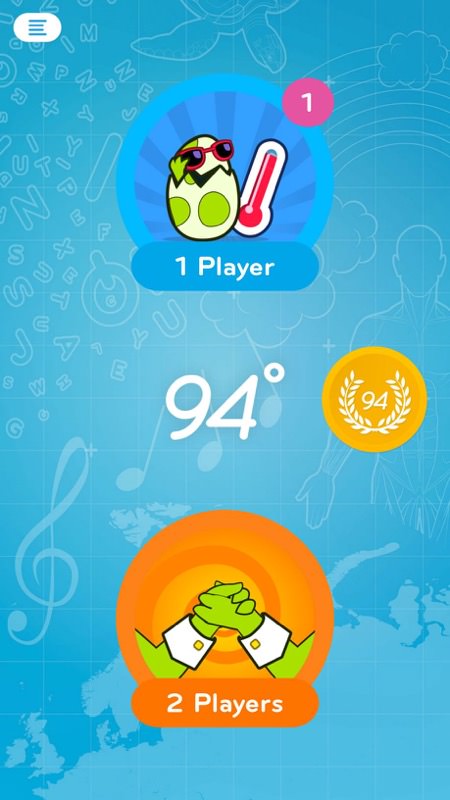 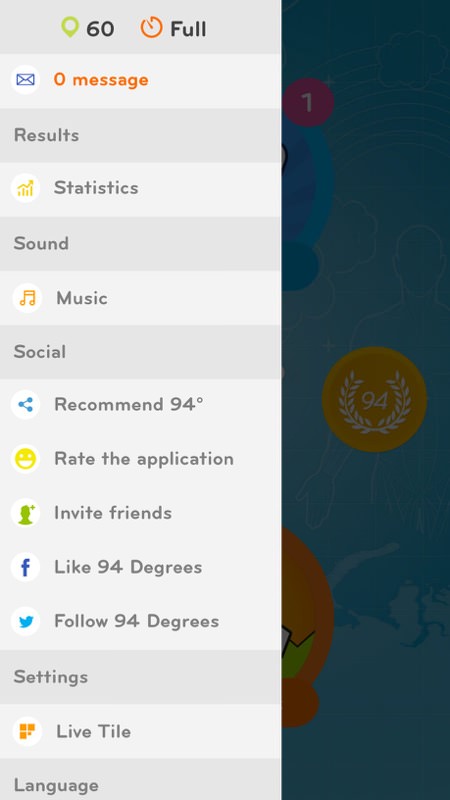 Colourful primary graphics and line drawings create an attractive visual style, even if it's rarely styled like other Windows Phone applications, not least this Android-like left pop-out menu.... 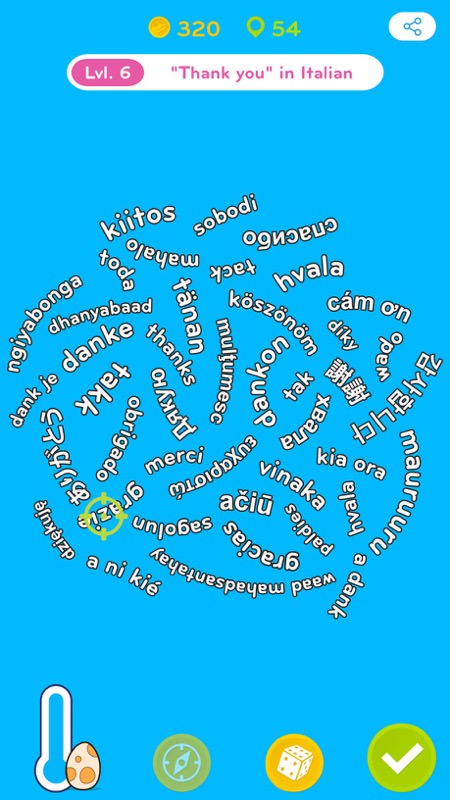 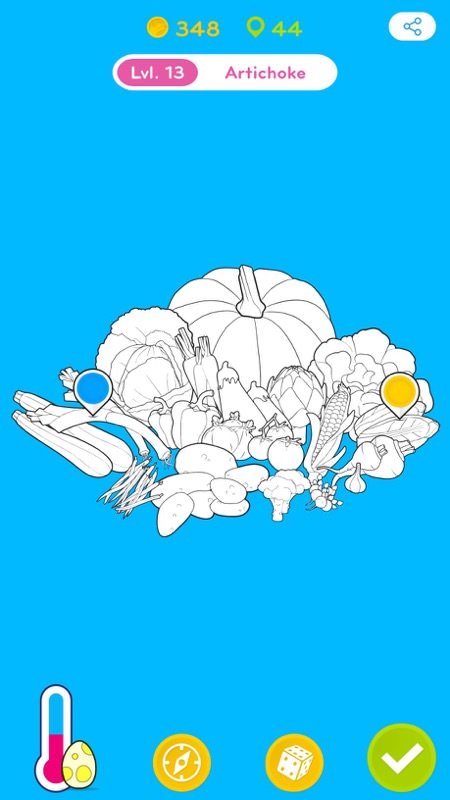 Each puzzle is graphical, even if it involves text, as above-left; (right) guess the answer by tapping and you'll be told how hot or cold you are by way of a colour (an exact 'temperature' is something you can enable with the basic in-app purchase). 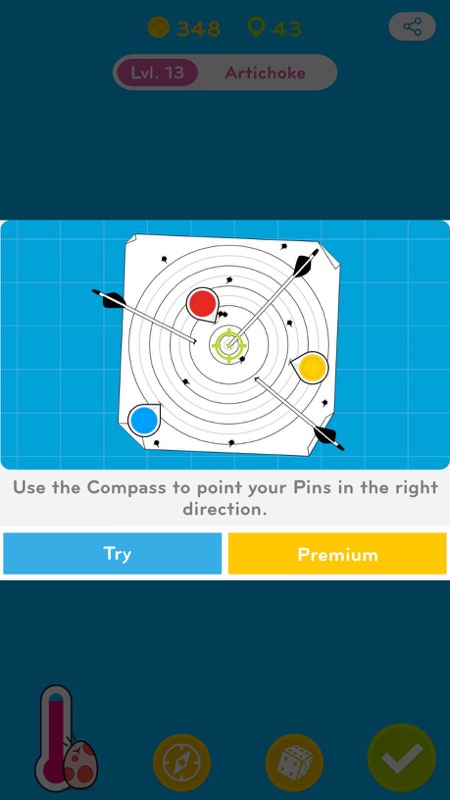 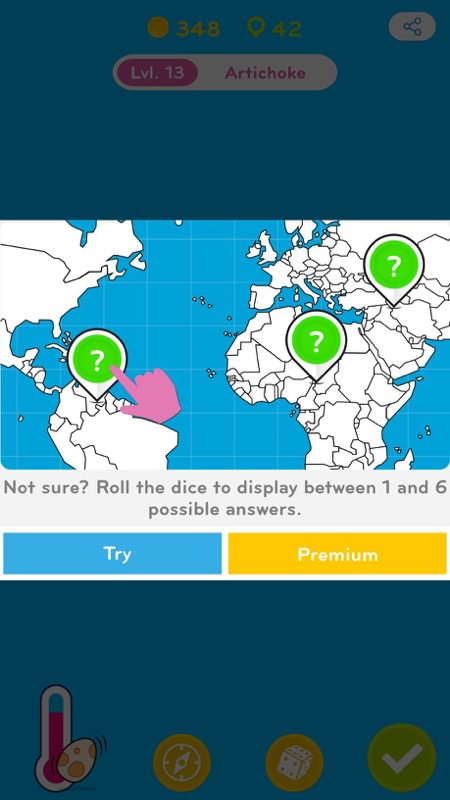 Other aids to working out how far you are 'out' and what to try next are the innovative 'compass' and 'dice' systems, also locked to the basic in-app (£1.50) purchase. 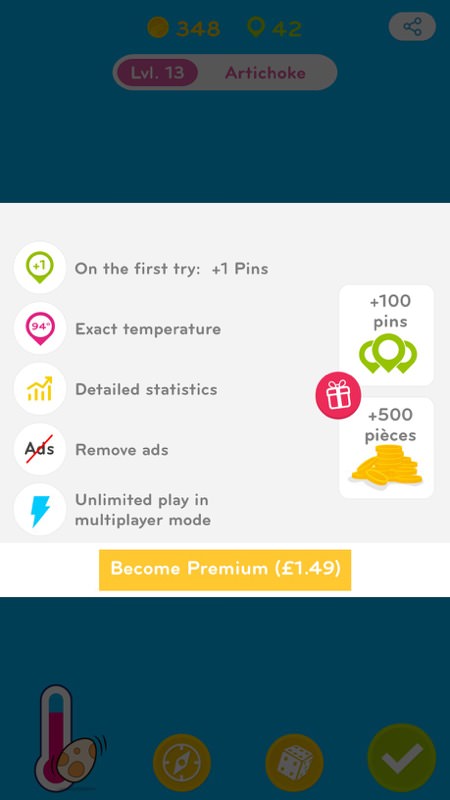 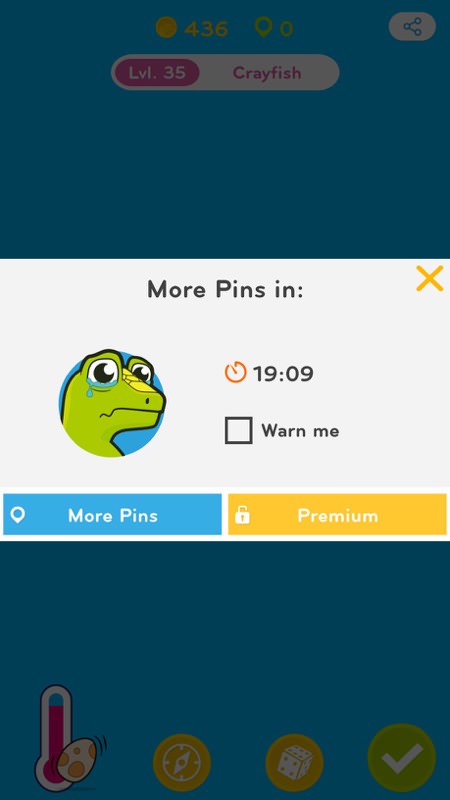 Exploring the basic in-app purchase and coming up against an enforced delay after playing the game several times in a row(!) 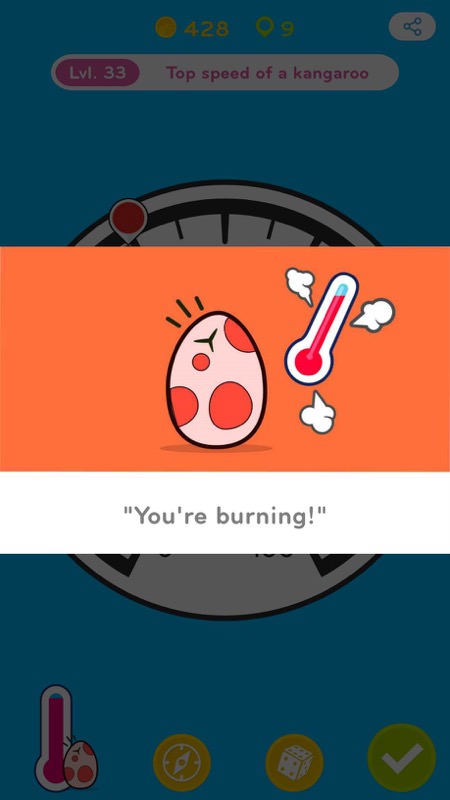 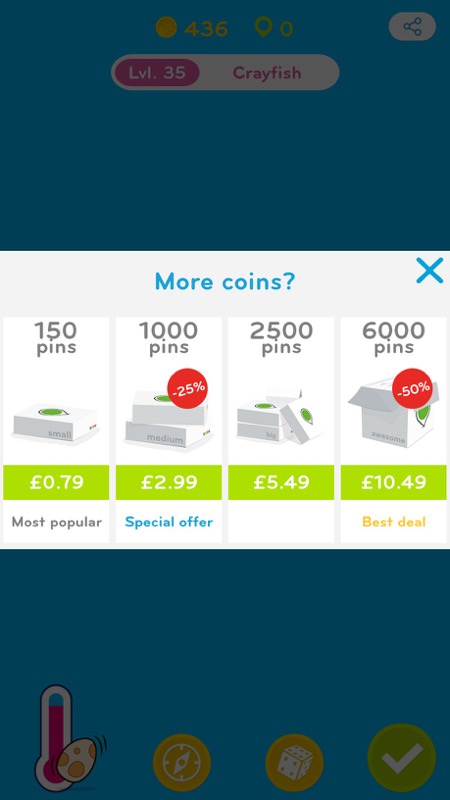 One of the in-game prompts about how close you are to the right solution; (right) preparing to buy some virtual currency in order to keep playing non-stop! 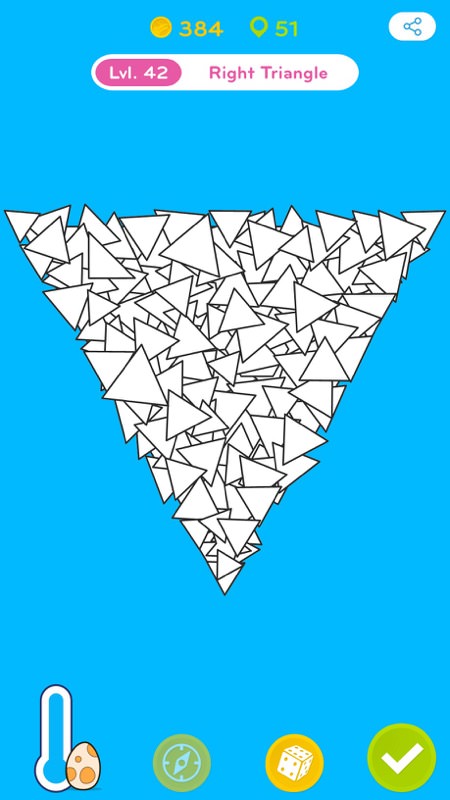 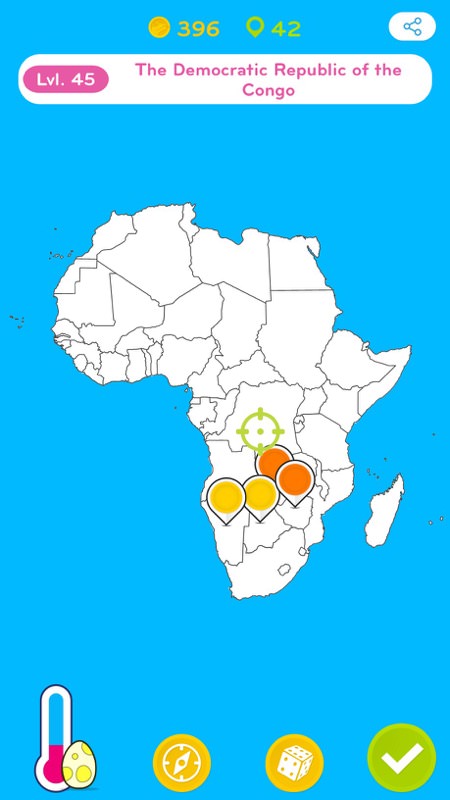 The puzzles do get quite hard, especially stressful in a two player game (see below) because a time limit then applies for each one! Here I'm struggling to find The Congo - and no, I didn't want to cheat by opening up Google on another device - got to stay honest! 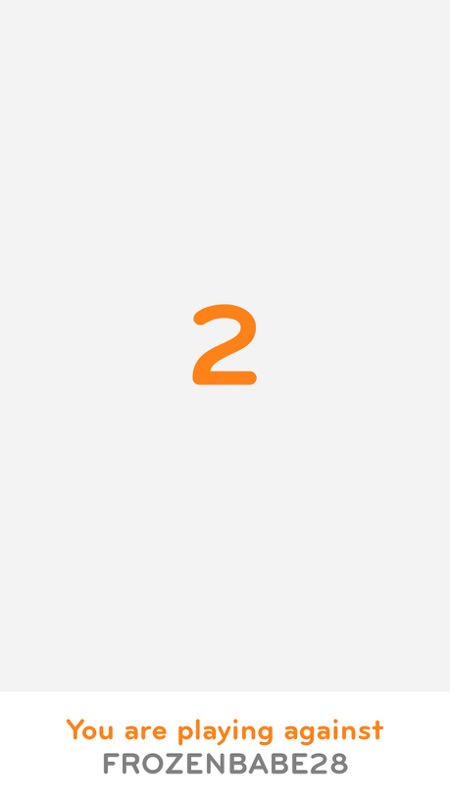 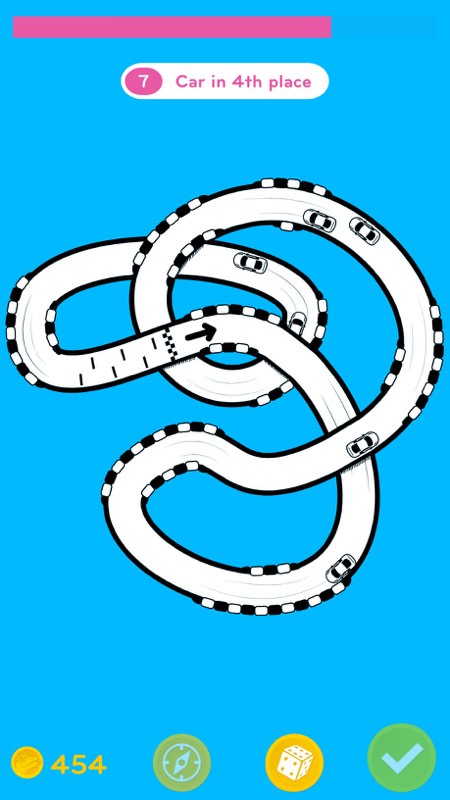 A two player online game starting up - you can challenge your Facebook friends or, here, just use the 'Fast' system to find a random opponent very fast... 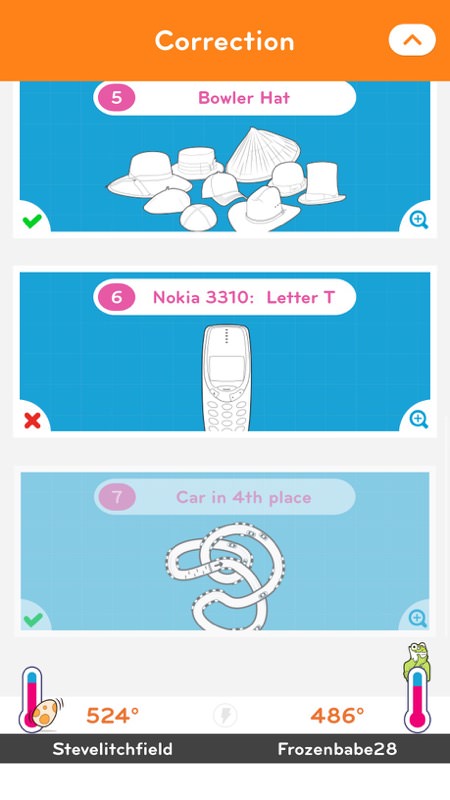 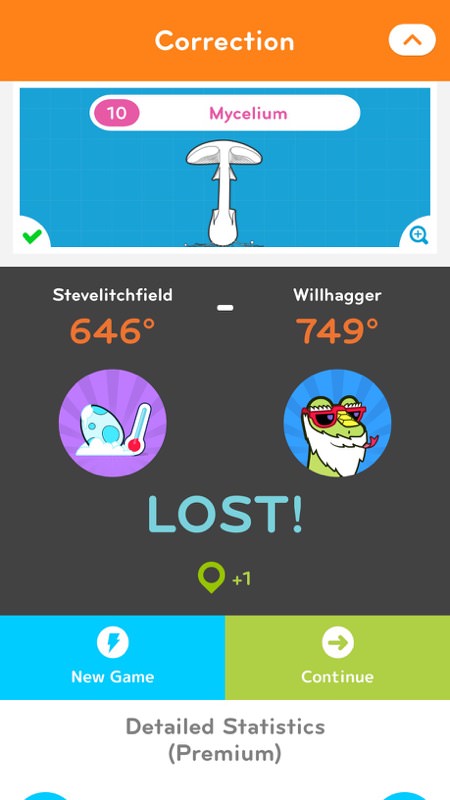 The highs and lows of online multiplayer - winning (left) and losing (right). In each case you get to see which puzzles you got right and wrong. The scores are additions of your 'temperatures' for each pin for each puzzle. It's a unique scoring system and works wonderfully well.

For the majority, a one-off £1.50 in-app purchase will be all they ever need to play 94 Degrees to their heart's content. If you want to be OCD and get everything right, or to have that last tiny competitive edge in two player mode, or to be able to play again and again in one session, with no enforced pauses, then larger in-app purchases are available, but the main 'premium' buy is a good balance to strike - effectively the main game is £1.50, which is cheap in the grand scheme of things, especially for the polish here.

You can find 94 Degrees here in the Windows Phone Store.