Ahead of its MWC conference, Microsoft announced a number of partnerships with a wide range of mobile OEM and ODM companies across the world. In total there were 12 devices with 8 partners - not counting Microsoft's own Lumia devices that are also being announced at MWC.

The partners included in this global partnership are mostly lesser known, but nonetheless established, companies: 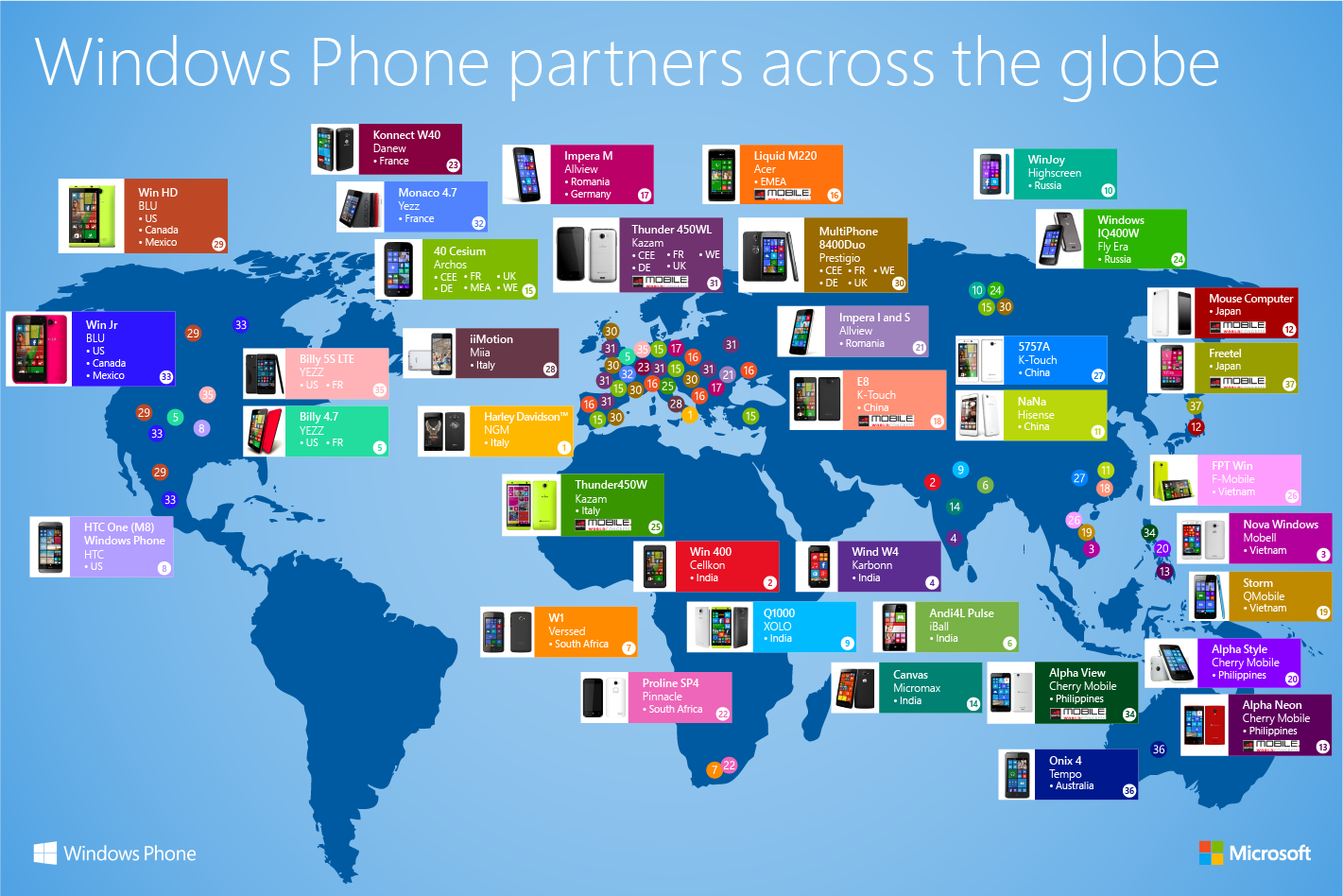 Microsoft has also partnered with the Chinese based K-Touch:

Microsoft partnered with the Chinese mobile phone manufacturer, K-touch to release two new Windows Phones: K-touch 5757A and K-touch E8. The 4.5-inch 5757A Windows Phone is powered by Qualcomm Snapdragon quad-core processor and supports TDD-LTE, WCDMA, EVDO, and GSM, and it will also have the FDD-LTE version to meet the international market’s needs.

Another Chinese company who you may not have heard of before is Coship:

Microsoft has also been working more closely with ODMs to expand the Windows device portfolio. An example of this work is Coship Mobile who unveiled its first Windows Phone 8.1 device, the BVC X1, a 4G LTE smartphone available in Europe, the United States and Asia for OEM partners. We will help facilitate connections between ODMs, OEMs and retailers to bring this device to market.

Acer is also releasing its first Windows Phone for European, Middle Eastern and African (EMEA) markets. The Liquid M220 which has a 4", 233 pixels per inch (PPI), display. It also features a 5MP auto-focus main and 2MP front cameras. This device will come to market in April.

These devices bring the beauty of the Spectre line and the functionality of a 13.3” convertible PC together in one amazing device. When asked about the new Windows 2-in-1 device, Mike Nash, vice president, portfolio strategy and customer experience, Personal Systems at HP said, "Customers told us that for a mobile PC to truly be the center of their life, it needs to deliver exceptional quality while combining an uncompromised, powerful experience with tablet capabilities. Starting with an innovative industrial design, we worked closely with Microsoft to curate the hardware and software in the HP Spectre x360 to offer customers the versatility, quality and power they crave."