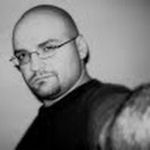 David Gilson is the newest writer on the team, having joined All About Symbian in 2009. David’s reviews centre around productivity and gaming. His editorials usually take a consumerist point of view, and he shares his tips and tricks in how-to guides. On the rare occasion that Steve isn’t around, David steps in to fix all the typos. David maintains his own blog, and writes for various other tech sites. You can email him on david@davidgilson.co.uk, and follow him as @davidgilson on Twitter. He’s also on Google Plus and Facebook.

How to install Portico on your Lumia 920, DIY style

These days we all take Over The Air (OTA) firmware updates for granted. However, there was a time when firmware updates had to be done manually. It's a useful skill to have, especially when just sometimes even contemporary devices can find themselves left out in the cold when it comes to manufacturers spreading the firmware love. The course of DIY updates never run did smooth though, so not only do we discuss how to apply an upgrade, but we look at how you should approach restoring your device to its former state.

Following on from Steve's and Ewan's live tile tour, it's my turn to show you how I have my Windows Phone 8 tiles set up. While Steve went for the most optimal set up, and Ewan went for a much more active set up, mine is now somewhere in the middle. Unfortunately, you missed my very elaborate v1.0 set up, but now I'm on v2.0 with plenty of live tile activity, even though I've scaled things back as my needs have changed.